Toronto company is making shoes that turn into apple trees

A Toronto designer created a pair of shoes that eventually turn into an apple tree afer he spent seven years in the fashion industry and looked for more sustainable choices.

Toronto resident Luc Houle, 33, created Johnny: The Shoe That Grows Into A Tree and launched a Kickstarter to get his product made.

The shoes look like a normal, canvas sneakers but they are made with biodegradable materials and have an apple seed hidden in the sole. They are cushiony, lightweight and water resistant. 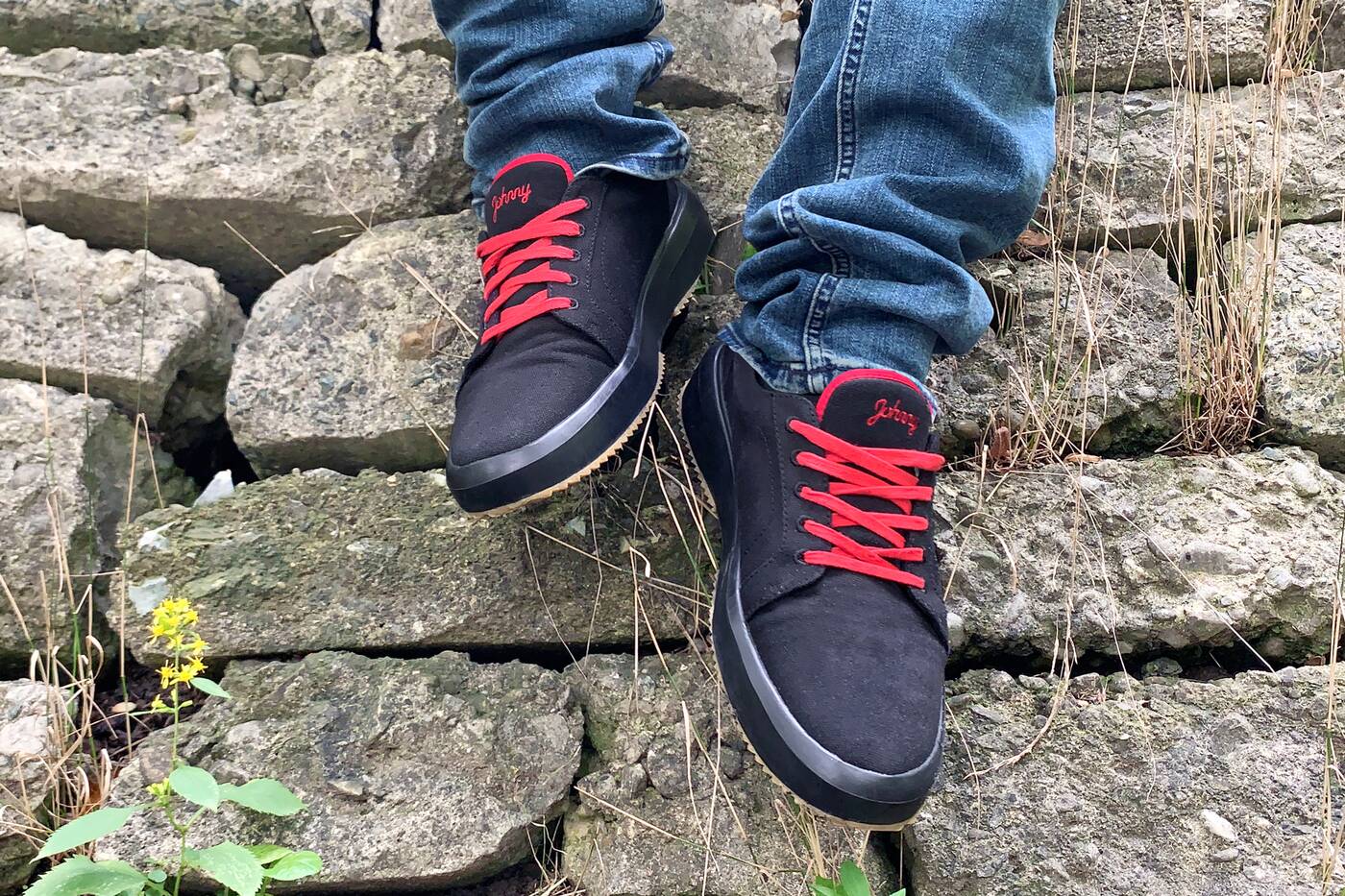 The Johnny Footwear shoes come in black and white.

The idea came to Houle while he was working in the fast fashion  industry, which pumps out a lot of cheaply made clothes that end up in landfills.

The soles of shoes are usually made of plastic, which takes hundreds of years to biodegrade.

"Plastic sticks around for about 1,000 years after we throw it away," Houle tells blogTO. "I kind of wanted to do something to fix that."

So after about three years developing the technology and creating a prototype, he came up with Johnny, named after Johnny Appleseed (John Chapman) who introduced apple trees to Ontario and many northern U.S. states in the 1800s. 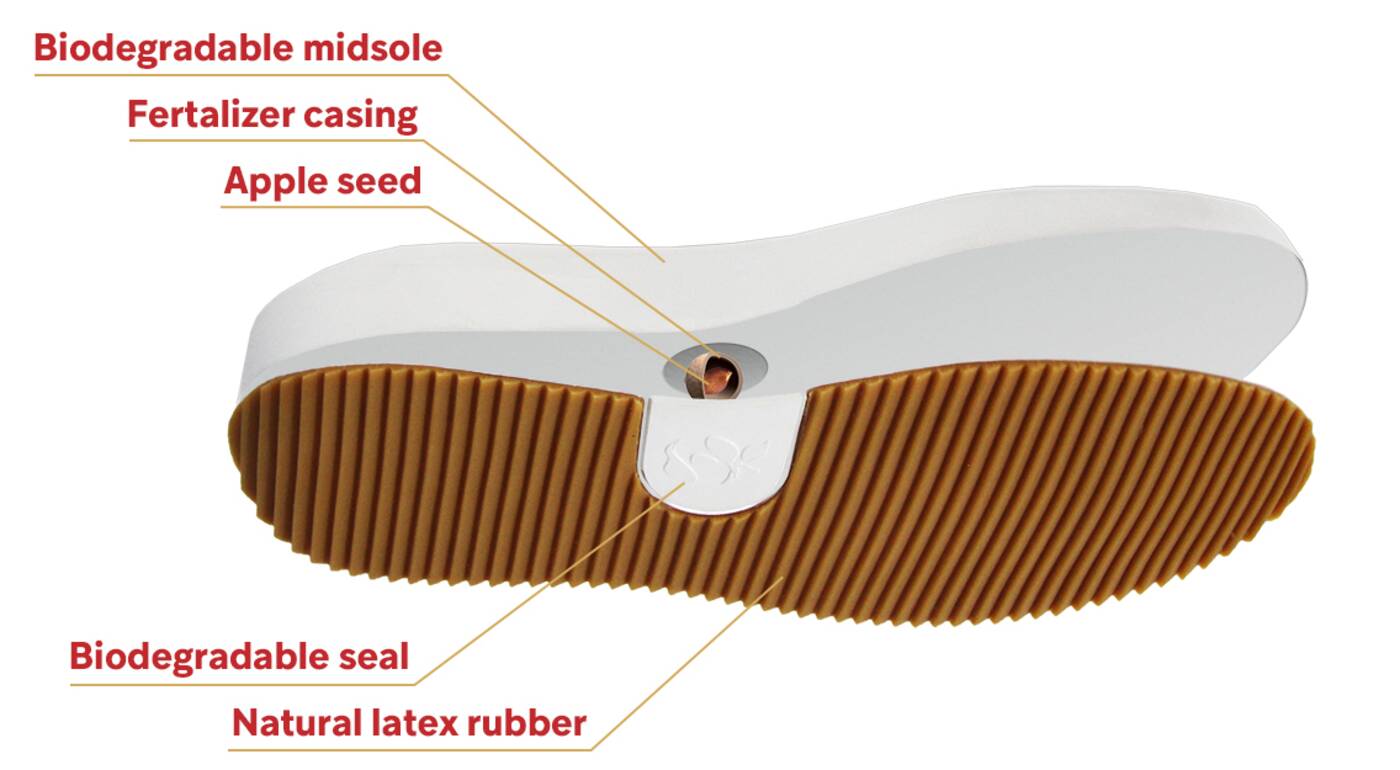 The apple seed is released as the shoe biodegrades.

The shoes won't biodegrade on your feet and should last as long as a typical shoe but when worn out, they can be buried. A compound in the sole remains dormant until the shoes are planted underground.

Once activated, they attract naturally occurring microbes to break down the entire outsole within three years. Halfway through the process, an apple seed coated with a natural fertilizer is released and begins to take root.

The idea to put a seed in the sole came to Houle after he create a compound that will biodegrade underground.

"If you're going to plant it in the ground, why don't you put a tree seed in there," he says. 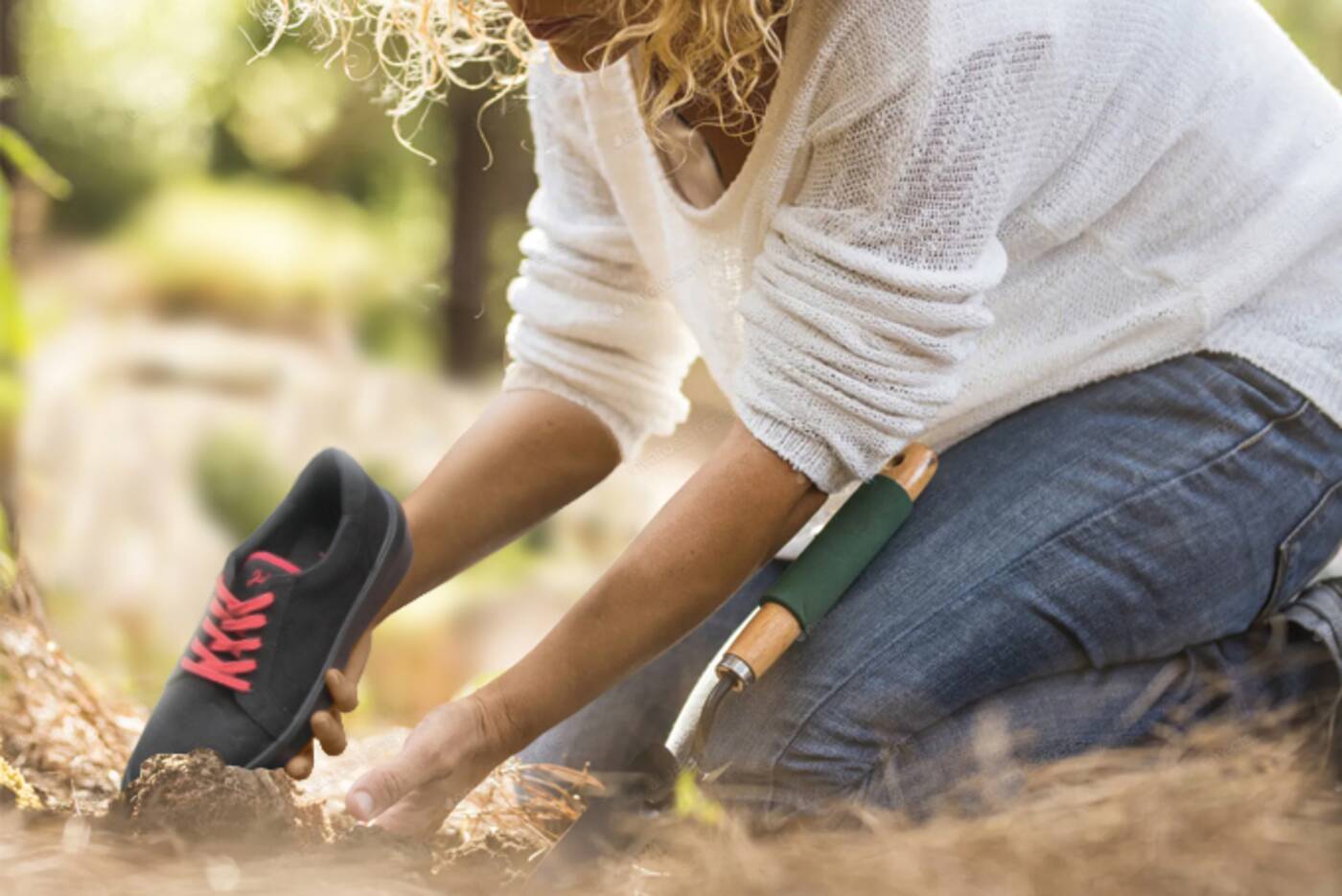 The shoes need to be planted for the seed to activate.

Houle says he had help from a Canadian friend in China who is working with ethical factories there to make the shoes. The materials sourced are also fair trade.

Despite all this, the shoes aren't expensive. For $109, Kickstarter supporters will get one pair of shoes, if the campaign is successful, by August 2022. It was important to Houle to make the shoes accessible to a wide range of people. 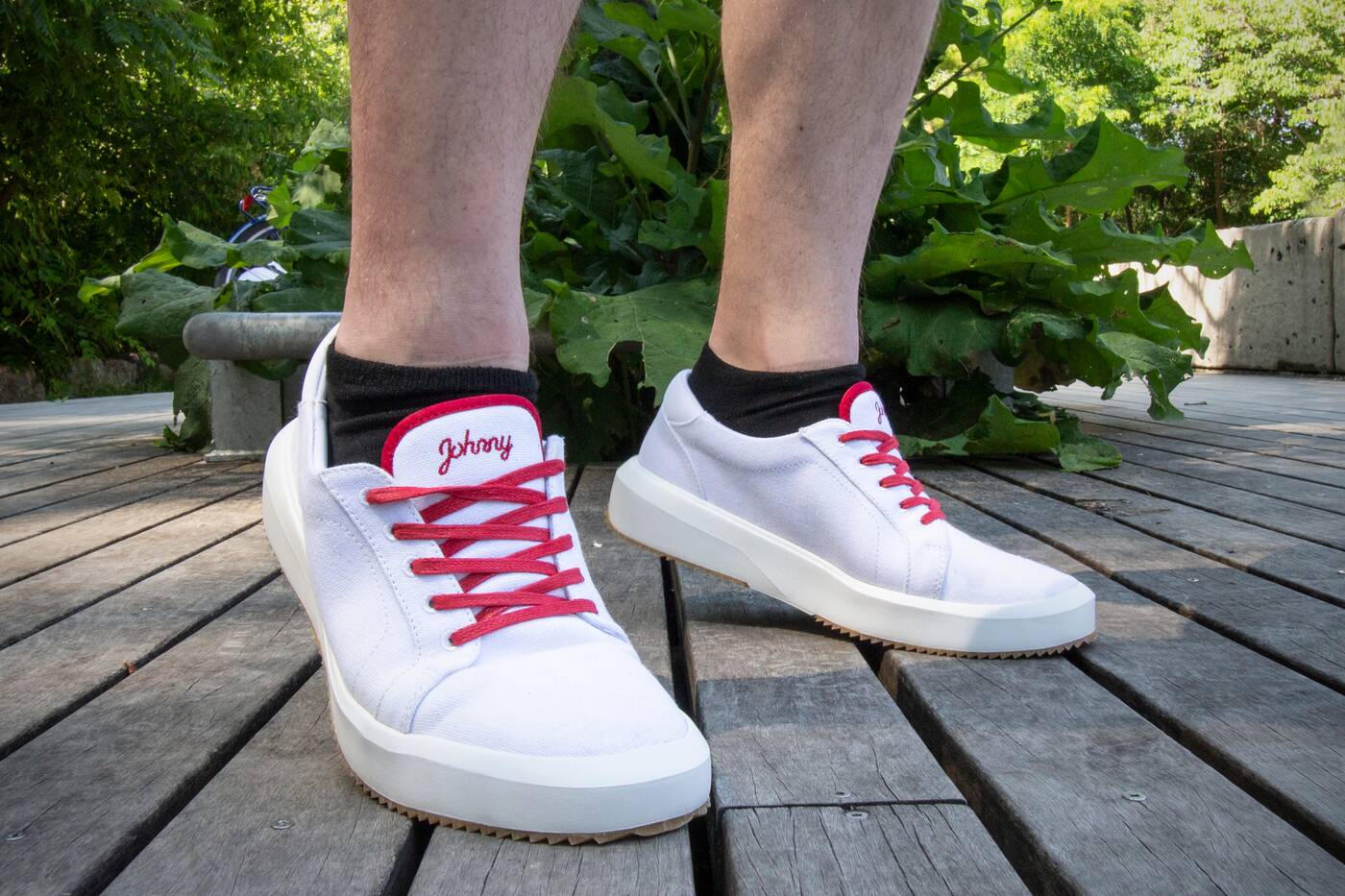 This isn't Houle's first Kickstarter, he launched a successful custom footwear campaign back in 2016. But this time, he wanted to do something for the environment.

"The nice thing about this project is that because it's a biodegradable sneaker that grows into a tree, we can kind of help number one, offset people's carbon footprint, but we're also helping eliminate plastics. And the more people we can reach with that the more of an impact we can have."