Hayley Gibson, designer/owner of Birds of North America, tells blogTO she had no idea the prime minister's wife planned to wear the dress she designed. Gibson says she didn't stay up to watch Justin Trudeau's victory speech and only found out that his wife had worn the dress the next morning.

"I woke up to my phone being full of messages about the dress," she says.

Trudeau didn't buy the dress at the Toronto Birds of North America shop at 1114 Queen Street West, but Gibson thinks her stylist may have purchased it at Victoire Boutique in Ottawa, which carries many Canadian labels.

Trudeau has worn Birds of North America designs before but not for such a high-profile event. Now the green dress has appeared in news articles around the world. 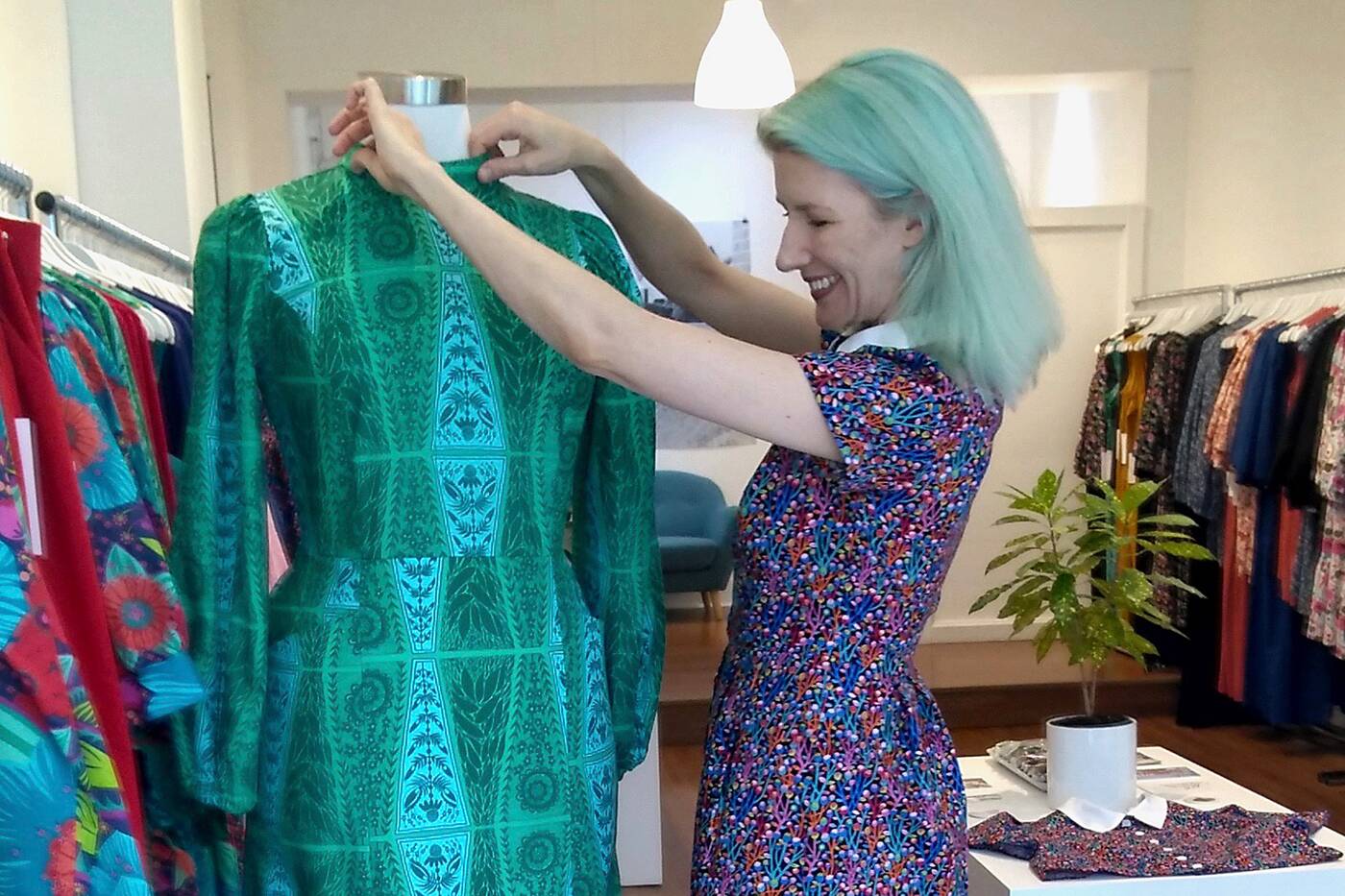 The design is called Nyctale named after a French owl — all their styles are named after birds. This particular dress is made in a bold fabric print, which Birds of North America calls Pond Garden, created by fabric designer Anna Maria Horner.

"I'm kind of obsessed with bold prints," Gibson says. "I don't design fabric, but I'm always hunting for bold prints we can buy and use in our collections."

A post shared by Birds of North America (@birdsofna)

The design is popular and has a fitted body, long sleeves and a stand collar. Gibson says the dress style looked good on Trudeau.

"It suited her really well," says Gibson. "The length of the skirt and everything, I think it was a great choice."

Gibson was excited to see Trudeau wear the dress. Unlike the United States, there isn't a huge culture of celebrities wearing Canadian-made designs, she says.

"I feel like Sophie Gregoire Trudeau, she obviously makes an effort to wear Canadian designers," she says. 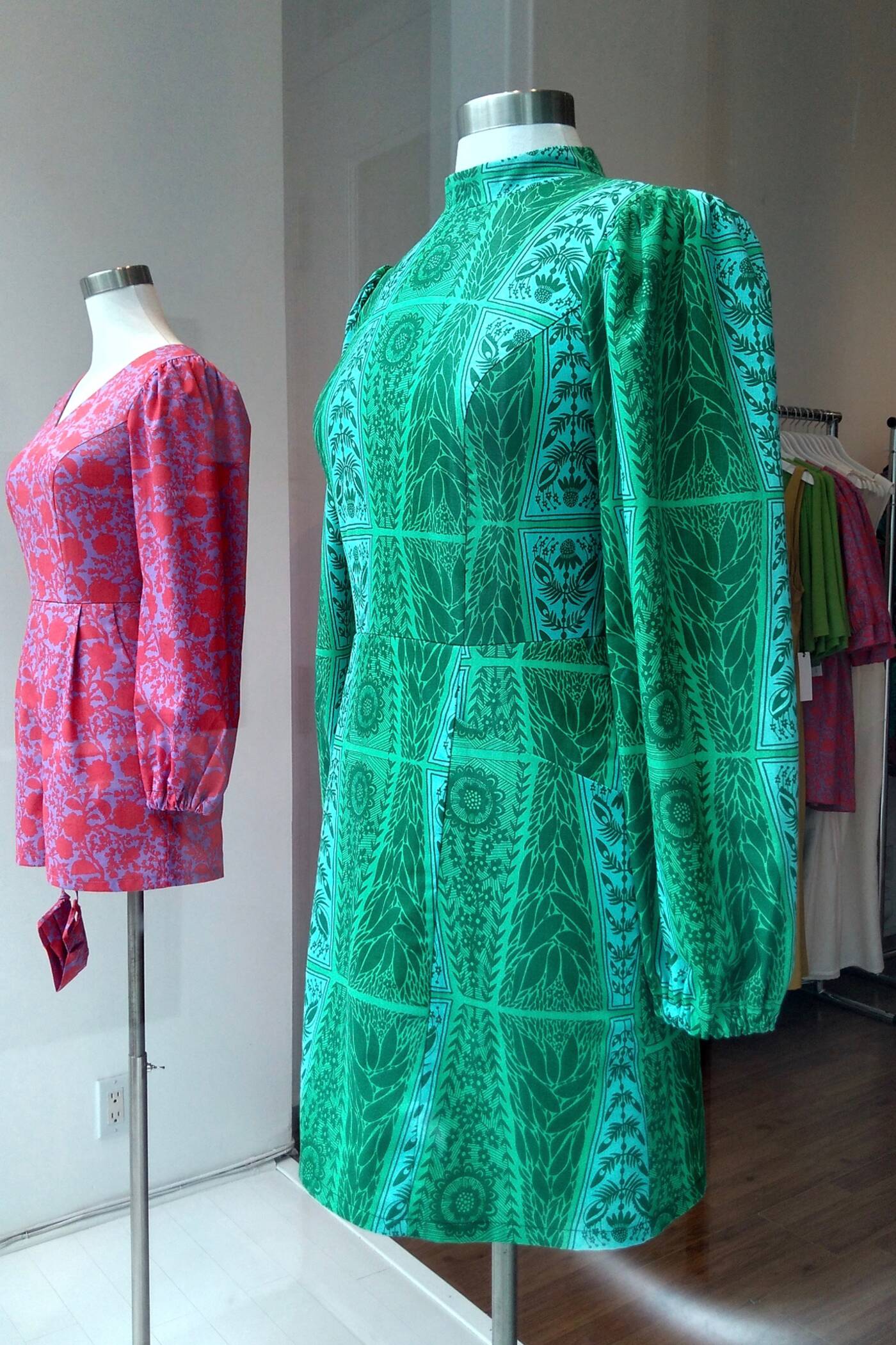 The dress is now on display in the West Queen West shop.

Gibson says the Nyctale dress is now on display in the window of the Birds of North America shop.

Birds of North America started creating designs 15 years ago and selling out of shops across Canada. They opened their first store in West Queen West about three years ago.