Markham firefighters are currently responding to a large blaze that broke out at Pacific Mall this morning, emitting huge plumes of thick, dark smoke into the grey skyline just north of Toronto.

OMG! I hope this turns out to be minor or easily repairable. Pacific Mall is not only iconic, but the density of shops could spell disaster for a LOT of merchants. https://t.co/zw6MlvZ8EQ

The bustling shopping centre at Steeles and Kennedy finally just reopened its doors as part of Step 2 on June 30, and like other malls and "non-essential" retail stores, has been getting back into the groove of things as eager customers flood in to shop under new COVID-19 protocols.

Local emergency services recevied a call about the fire around 10 a.m., later reporting that they were able to extinguish the flames via roof access shortly before noon and that they are still working at the site to ensure smoke is not being further circulated into the building.

We are on scene at Pacific Mall. Our crews could see heavy black smoke while responding. Crews have accessed the roof and extinguished the fire. Efforts continue to ensure there is no additional extension and ventilation of smoke is taking place. Fire cause is being investigated. pic.twitter.com/L9tGdcXP0q

Photo and video footage taken by bystanders and uploaded to social media shows that the scene got pretty dark, dramatic and terrifying-looking at points, with smoke steadily billowing out of the structure. 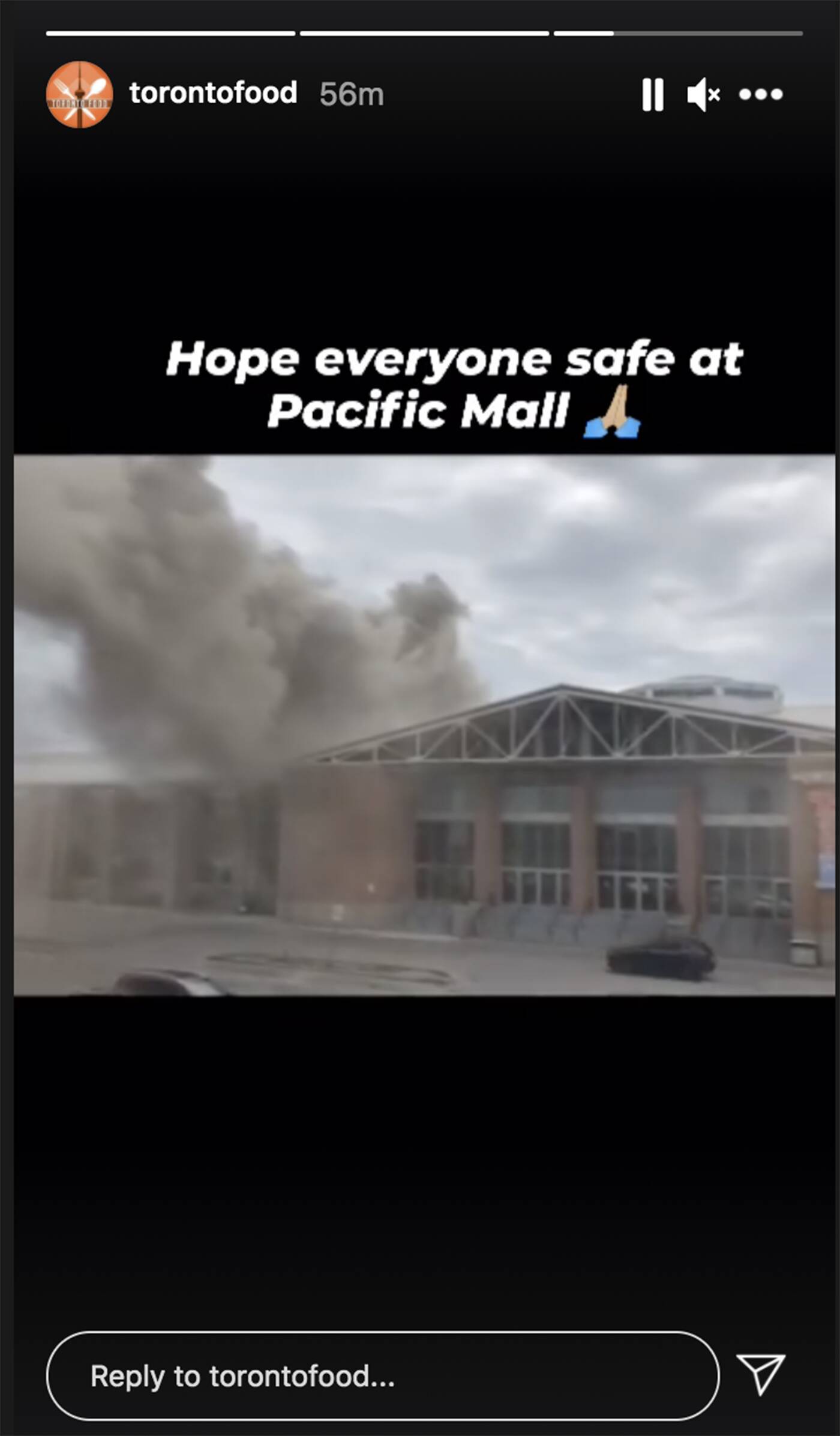 An Instagram story showing the extent of the smoke emitting from the building. From @torontofood.

According to CityNews, the fire is said to have started in a restaurant kitchen exhaust vent, and thankfully no injuries took place.

The popular mall will remain closed for the duration of the day at least for cleanup and further investigation. The extent of the damage is not yet known.

Mall management was not available for comment at the time of publication.