A Toronto convenience store has been transformed into a plant paradise over the course of almost two decades and two generations.

Annie Cao took over her parents' business, Queens Fruit Market & Plants at 564 Queen St. West, in 2007. They had bought it in 2003, though her father first immigrated to Canada from China in the 1980s. 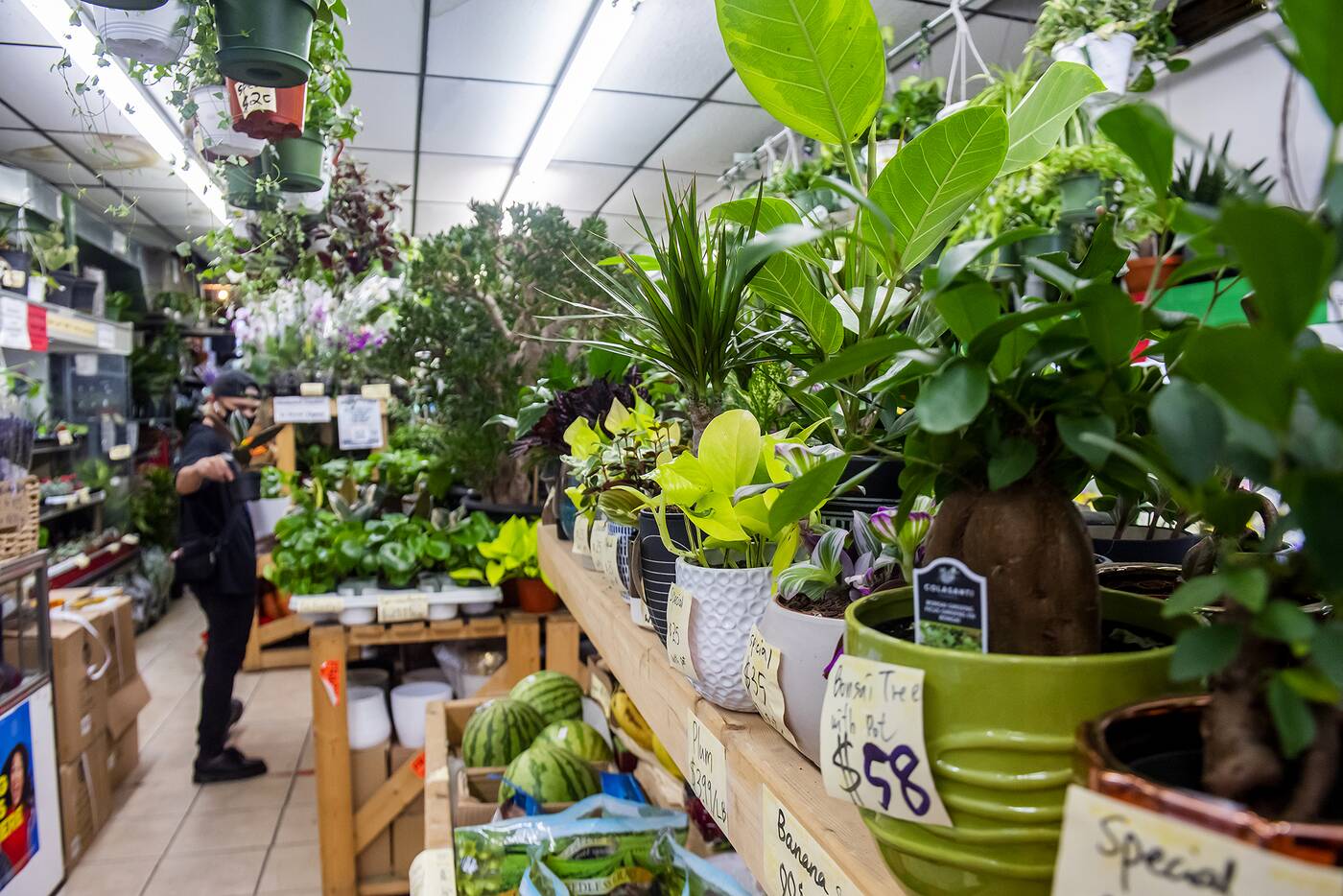 Close relatives already in Canada helped him immigrate, and he came over first without his family to work and save money that would help them eventually live in Canada with him. 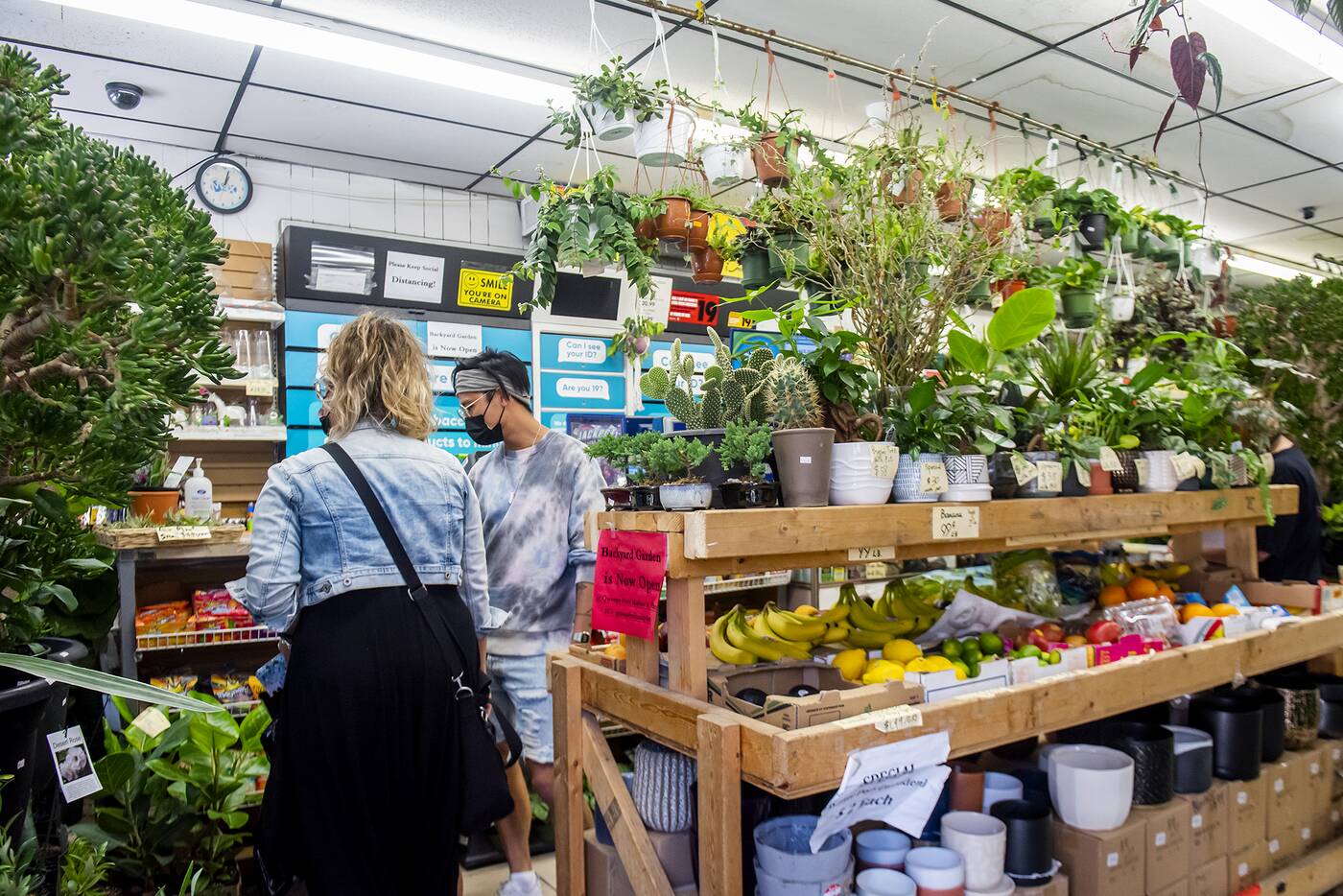 In 1996, Cao immigrated to Canada with her mother and younger brother. 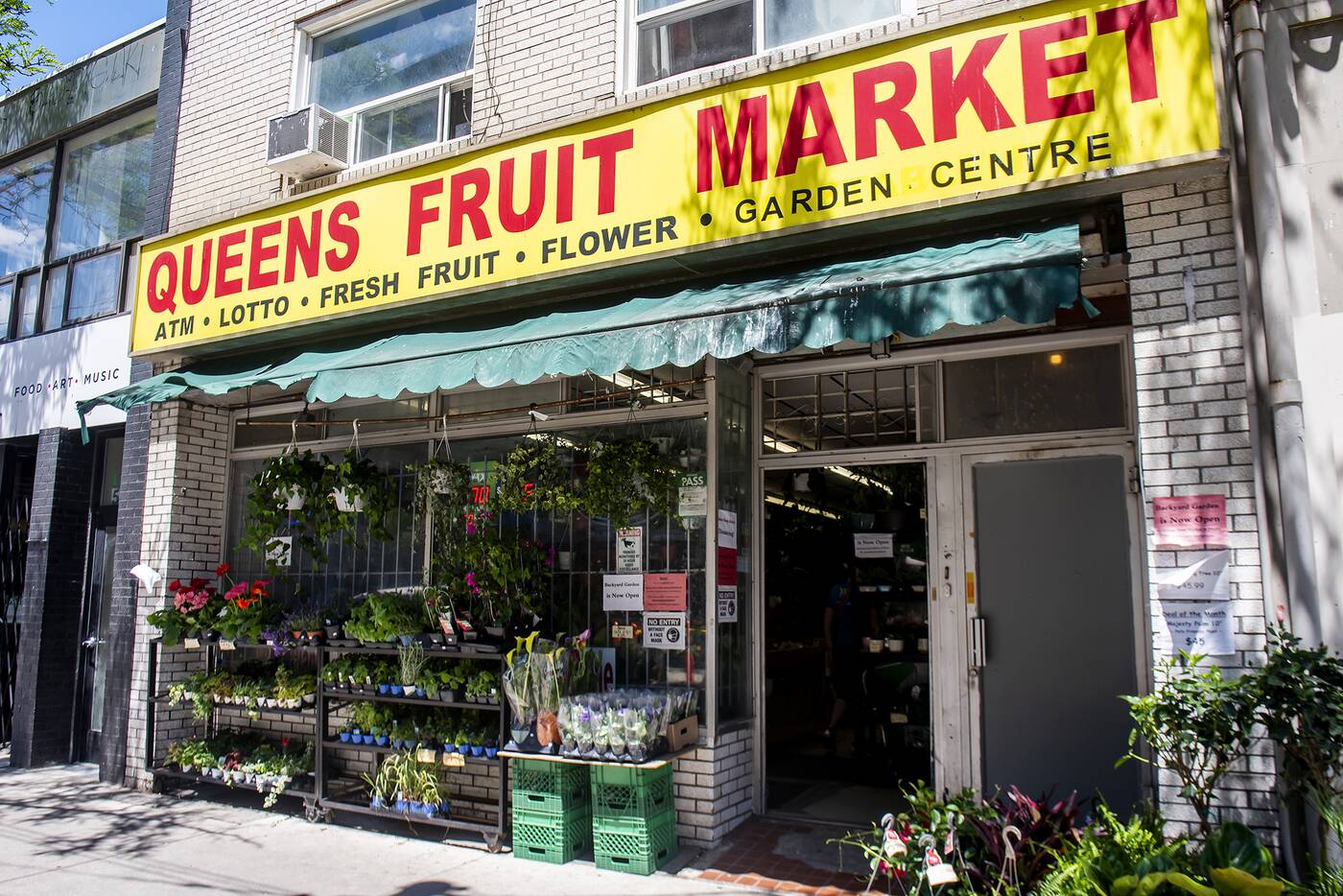 When Queens Fruit Market first opened, it was a pretty typical corner shop selling items like milk, bread, fruit, snacks, lottery tickets and a few small house plants, with an apartment above it where Cao's family lived for a little while. 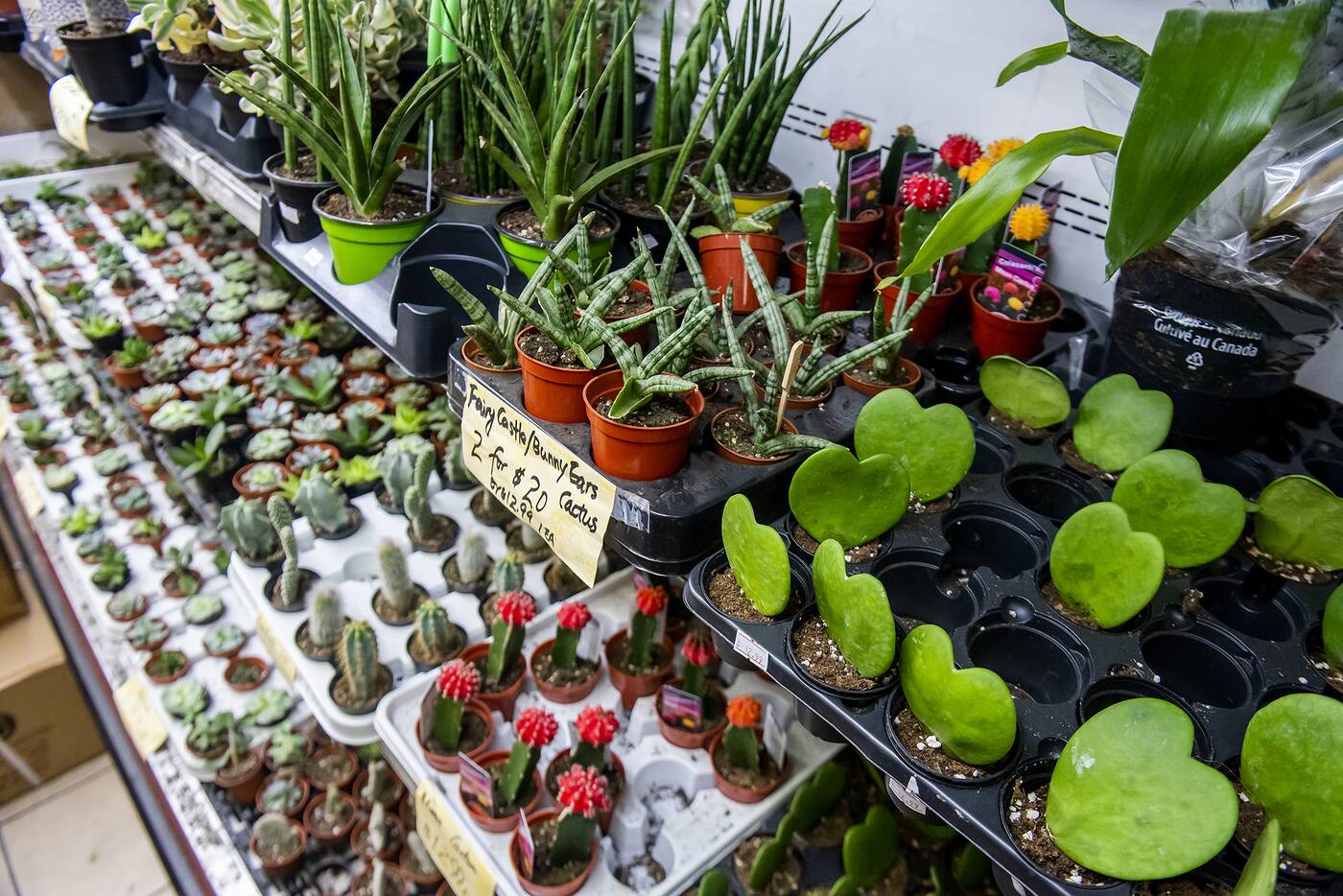 Cao finished her studies in business at university, and in 2005 she started working at the store more often and also married her husband Fay Zhu. 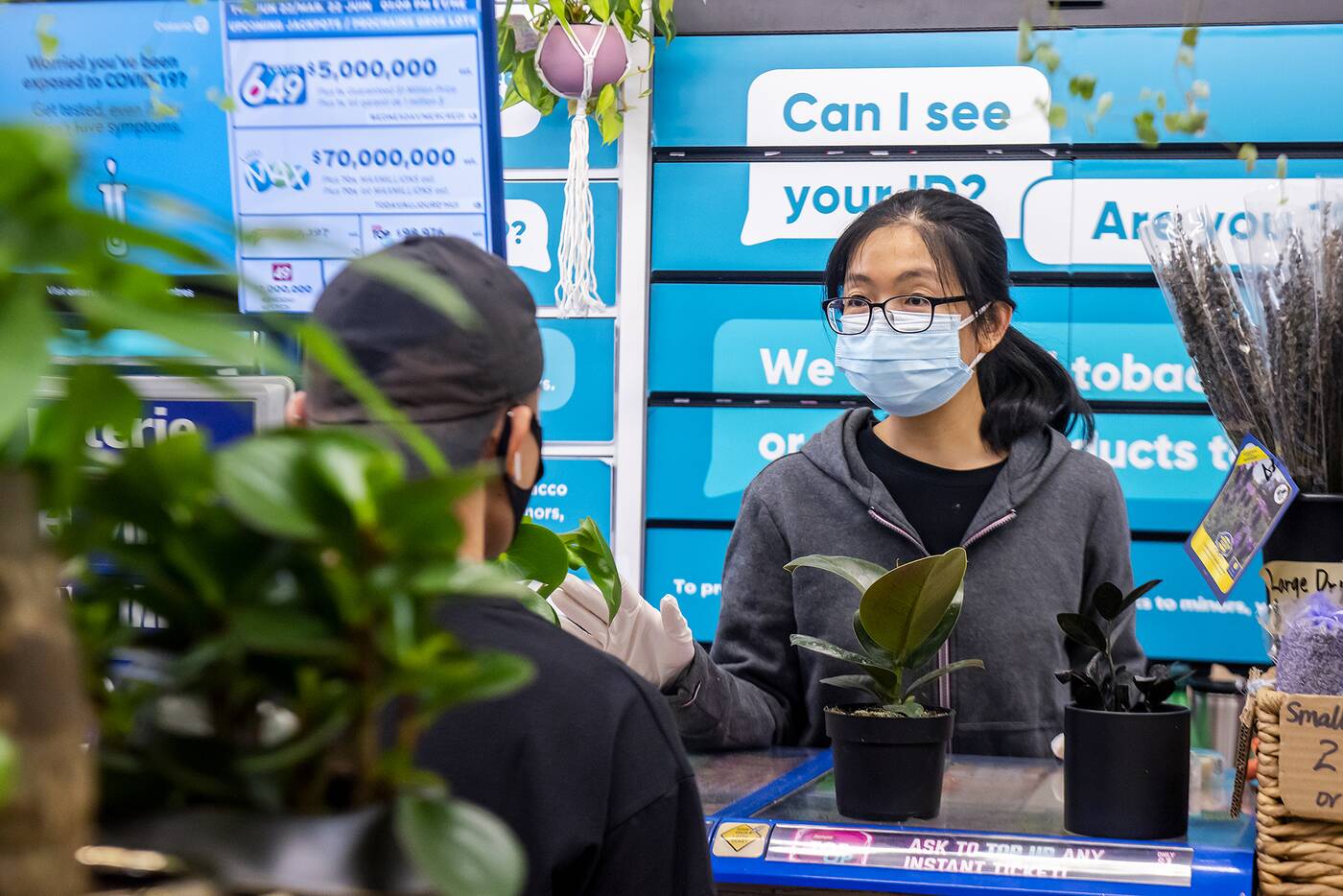 With his support, she took full responsibility over the business when her parents retired in 2007. 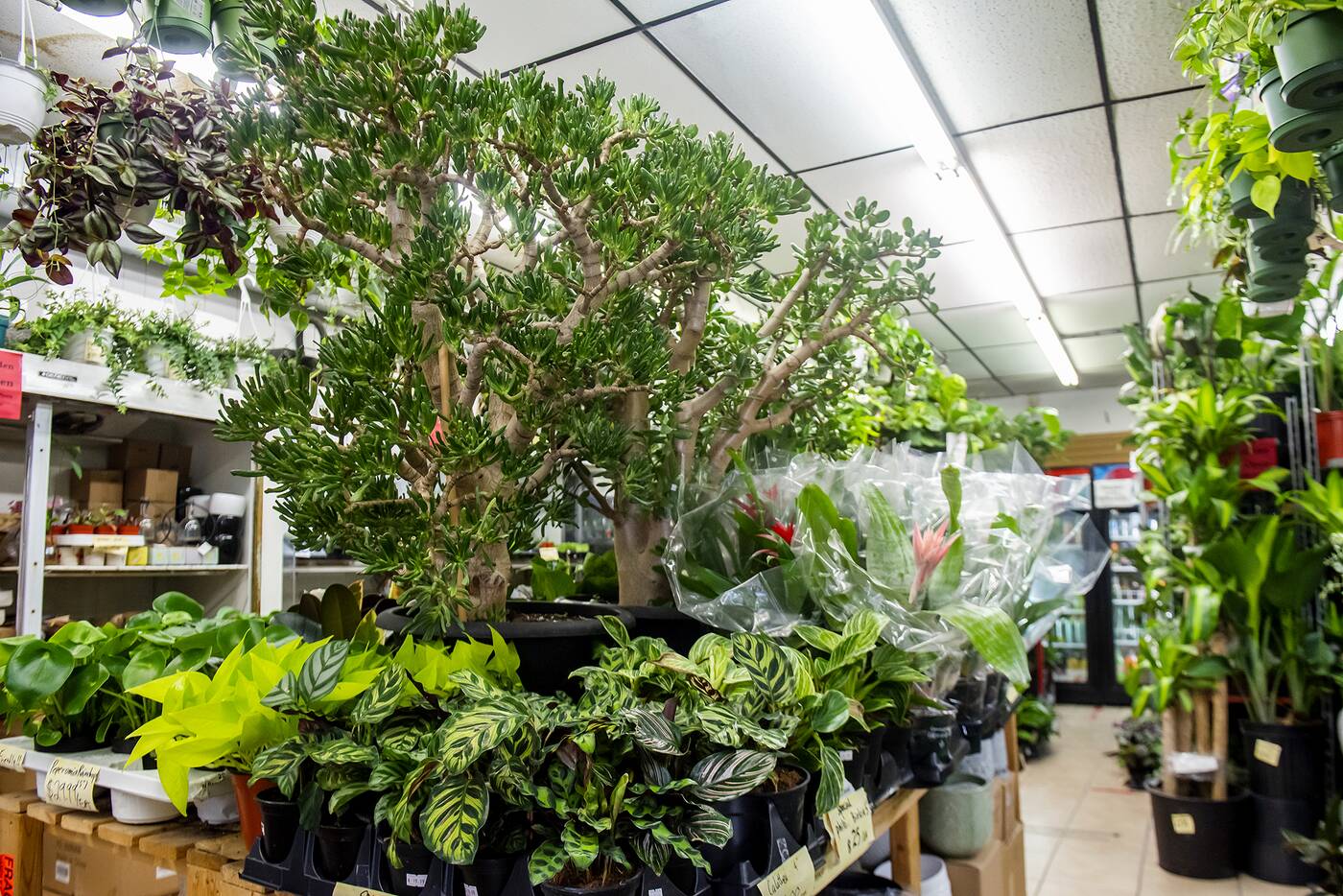 "During 2009 to 2010, things got tough for the store as big box chain stores opened up, along with rising costs," Cao tells blogTO.

"There was a point where I almost decided to sell the store but it was with my husband's support that we decided to further pursue our passion for plants and took a chance by expanding our store selection on plants." 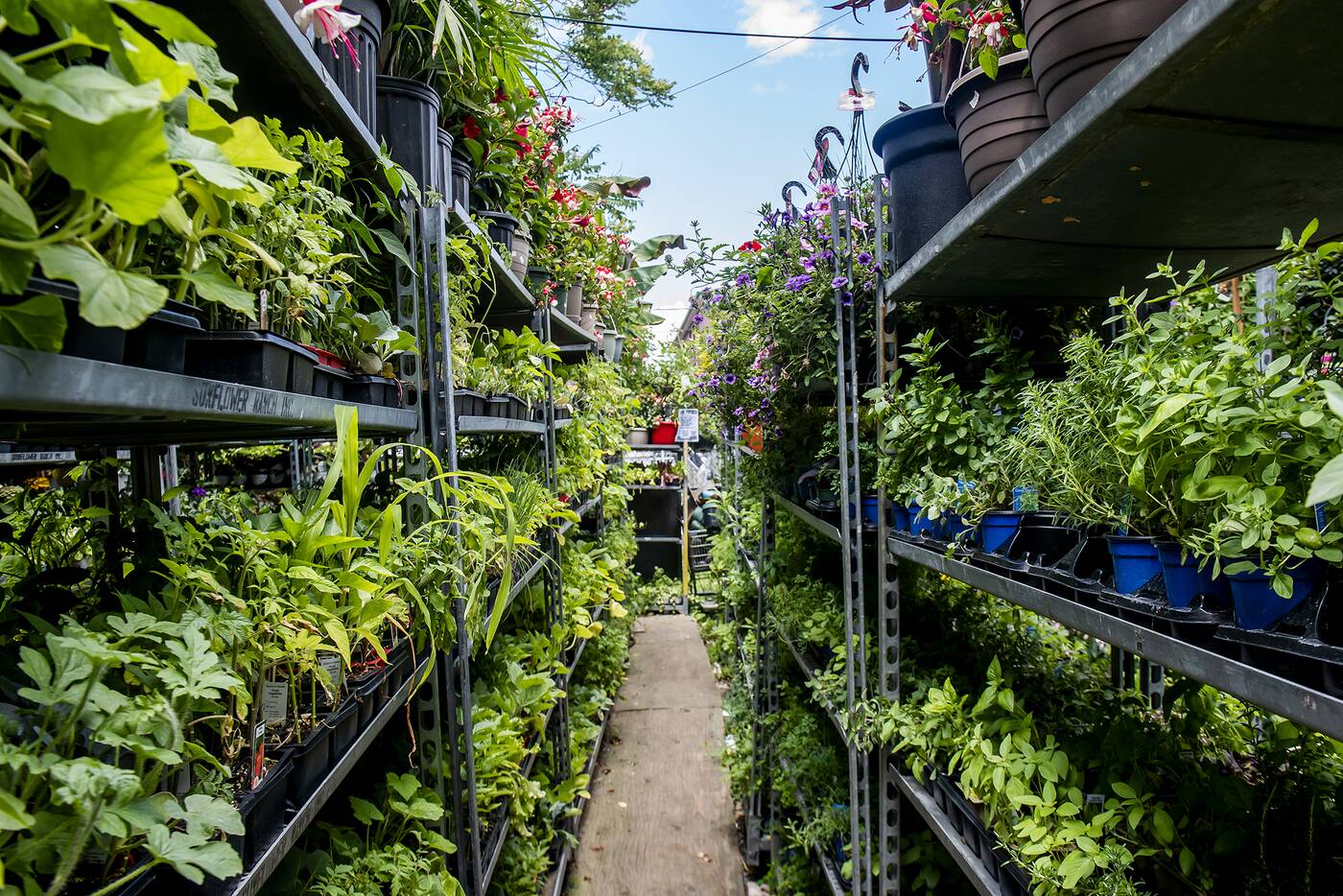 The store now carries hundreds of plants, pots, vases and flowers, but has still kept its roots as a convenience store by continuing to sell corner shop staples. 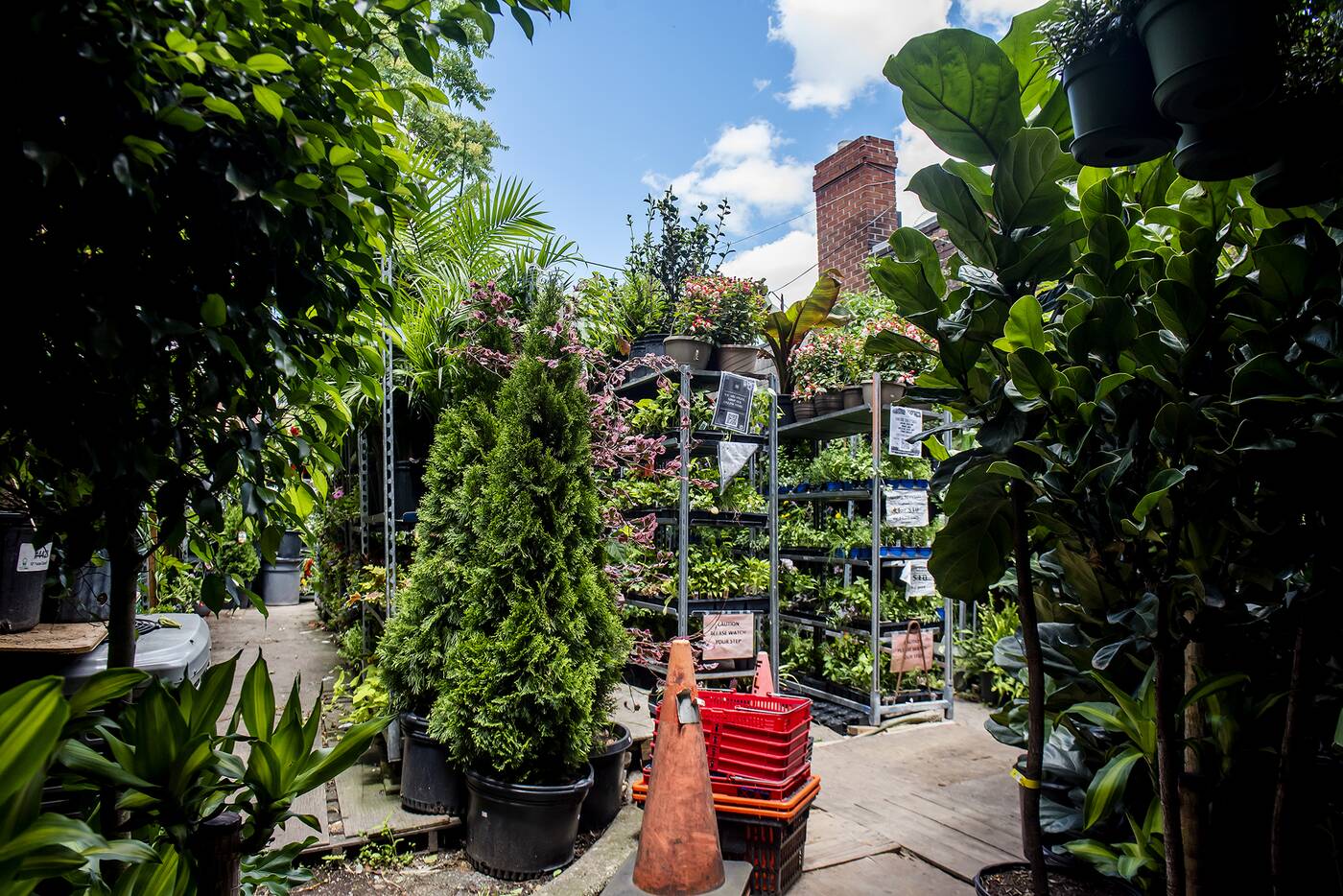 In 2016, the couple decided to make even more room for their growing plant selection by turning a garage that had been used as storage space into a secret back garden of sorts. 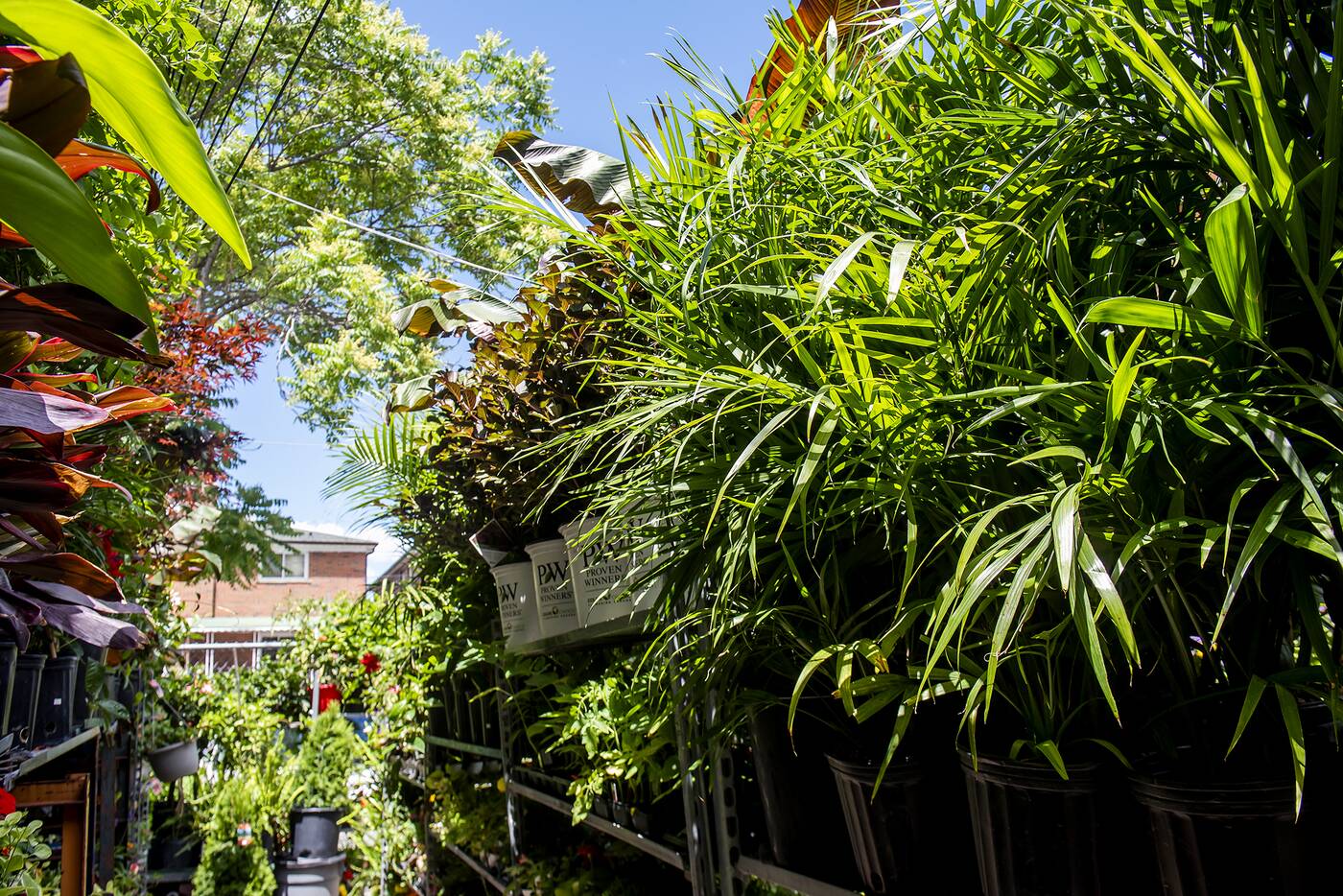 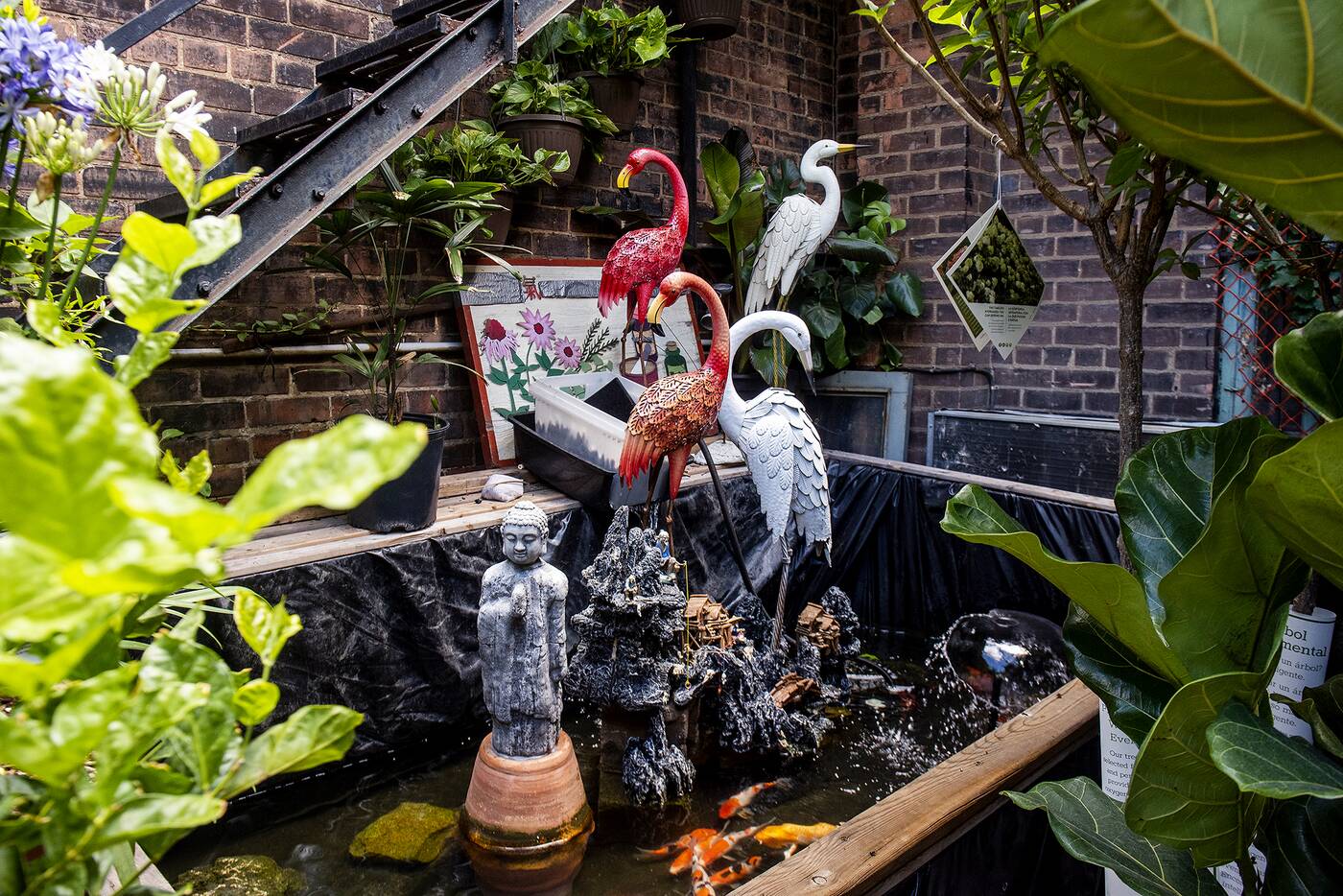 "The back garden is Queens Fruit Market & Plants' hidden treasure, there are many customers that come to the store and don't know about it until they see the signs or we mention it to them," says Cao.

"The few customers that do know about it would ask us every year when it's going to open up again." 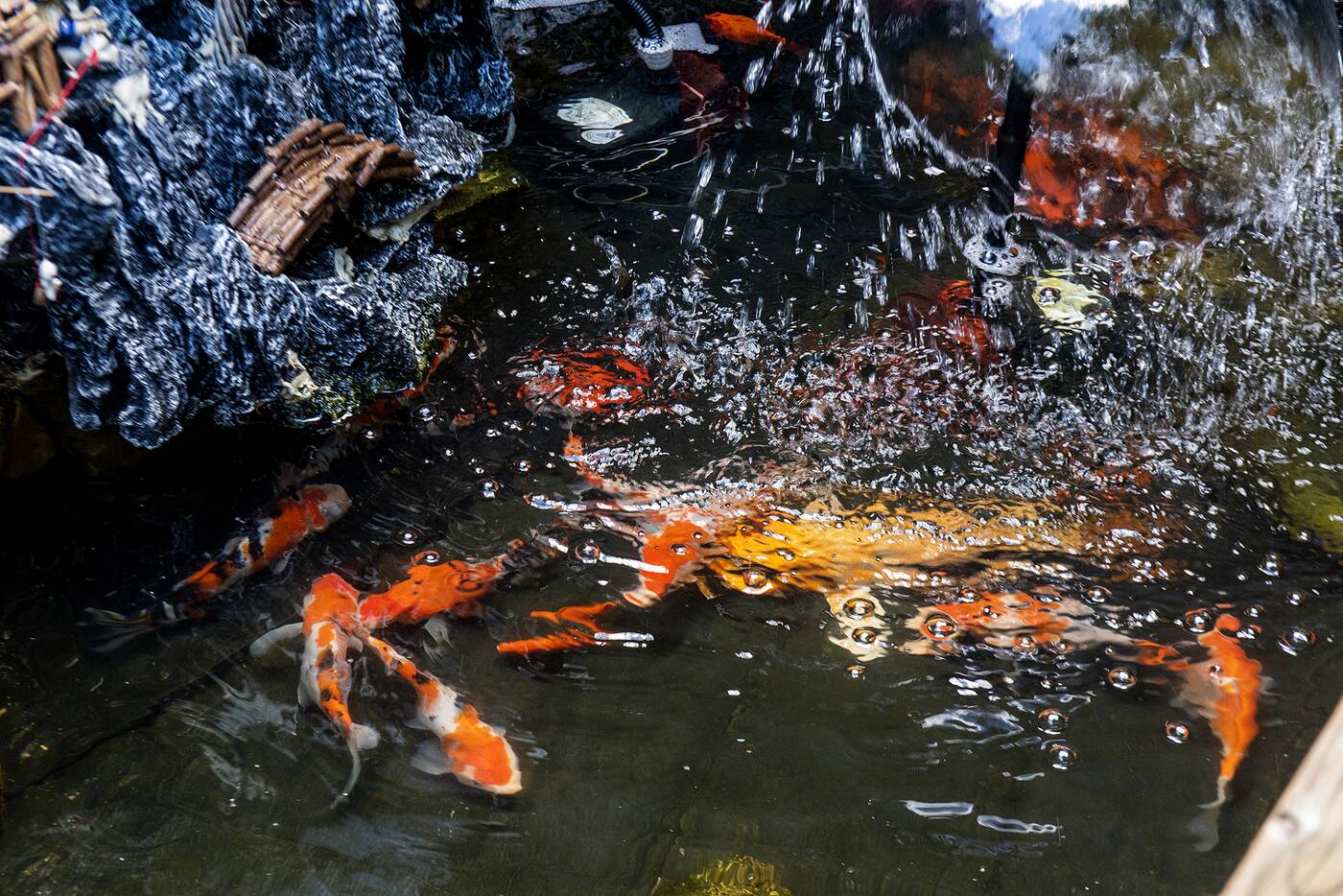 When it did open up again this year, it included an extra special new addition: a zen pond with fish created by Cao's husband. 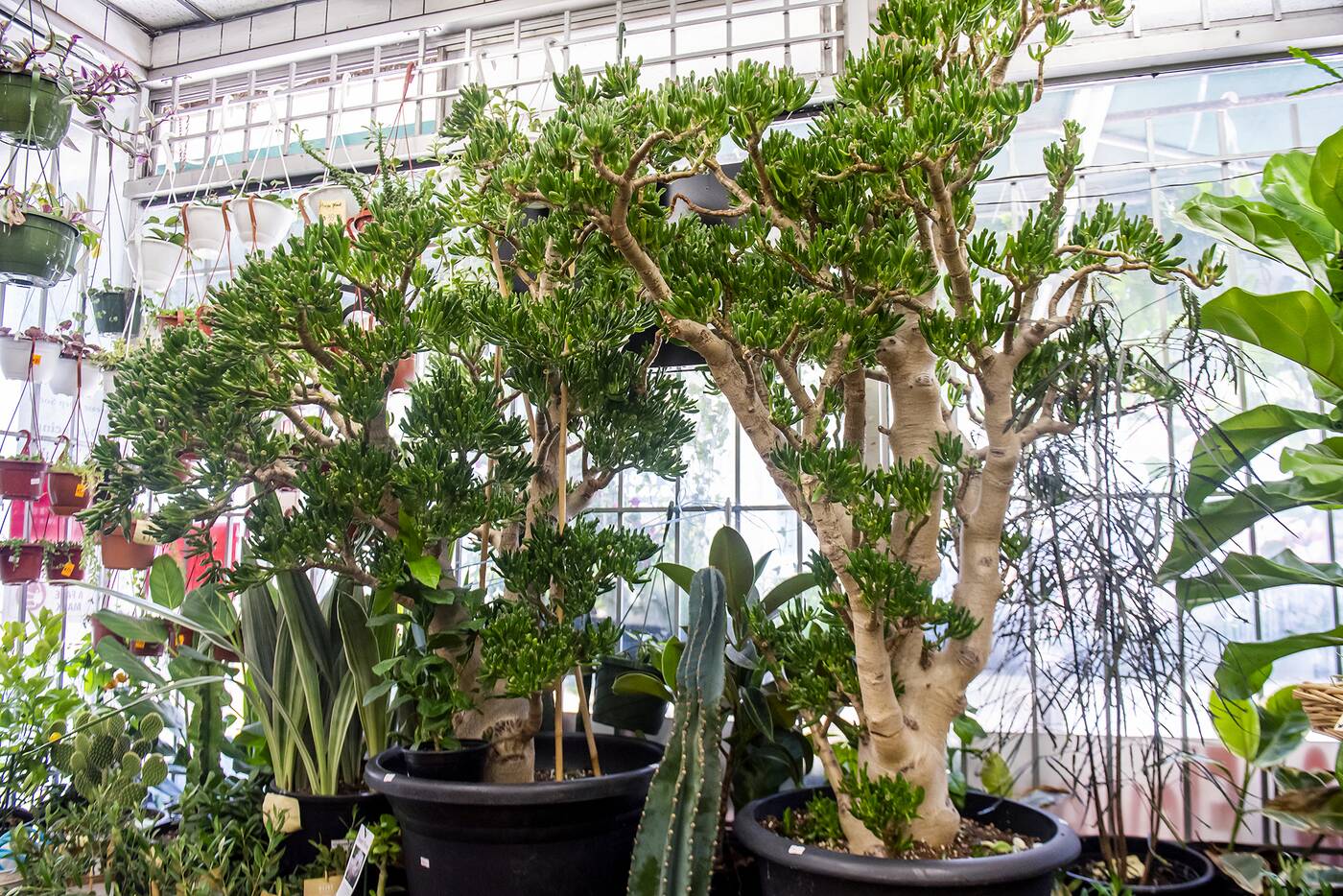 That's not the only gem you'll find in the back garden, however. There are also beautiful finds like a 30-year-old Jade tree sourced from a farm in Niagara Falls. 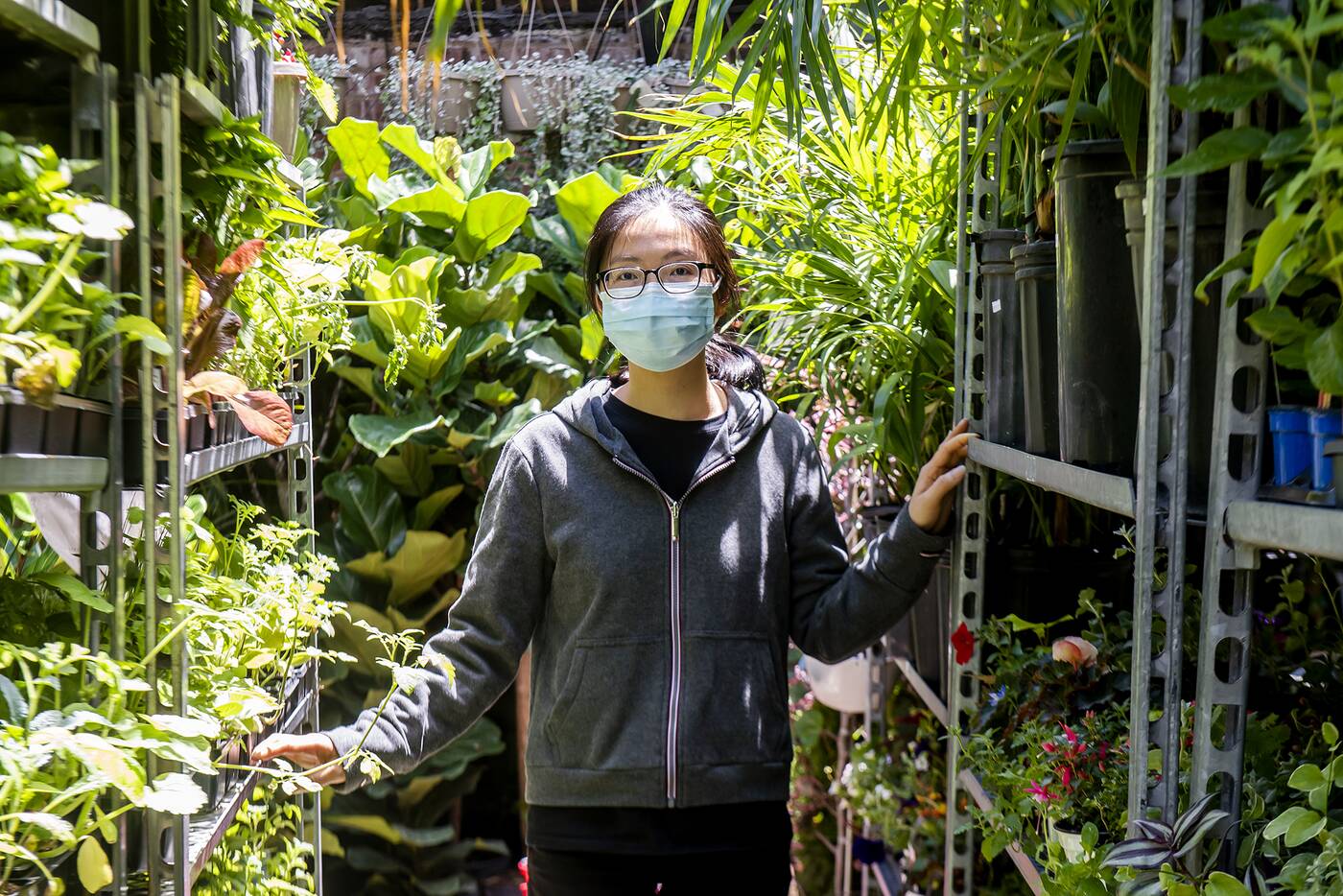 "We value this tree as one of the many treasures of the store. This tree has been maintained and bonsaied carefully over its 30 years' lifetime," says Cao.

"The back garden is special not only to our customers because of their joy of exploring the plant varieties but it is an ongoing passion project for both my husband and I."