Here's where to get furniture made out of Toronto trees

It's possible to get furniture for your home in Toronto made from trees that might have been sourced from right outside.

Just Be Woodsy has been making furniture out of trees sourced from within boundaries that stretch north to Eglinton, and east to west from Humber River to Markham Road. 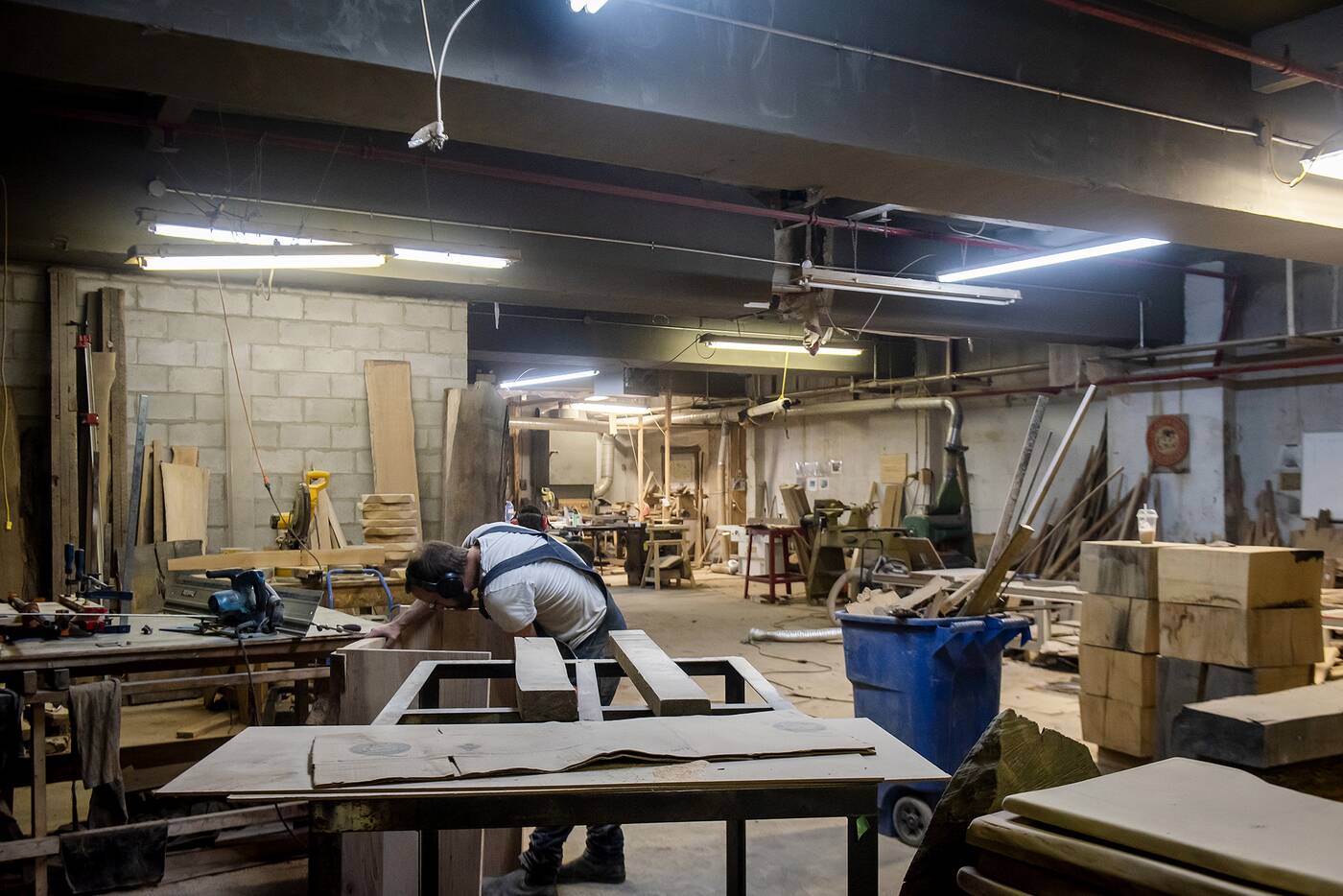 The company was co-founded by Robert Jarvis and Sinéad Wills, who got the idea at a cottage (where else) in the summer of 2016. 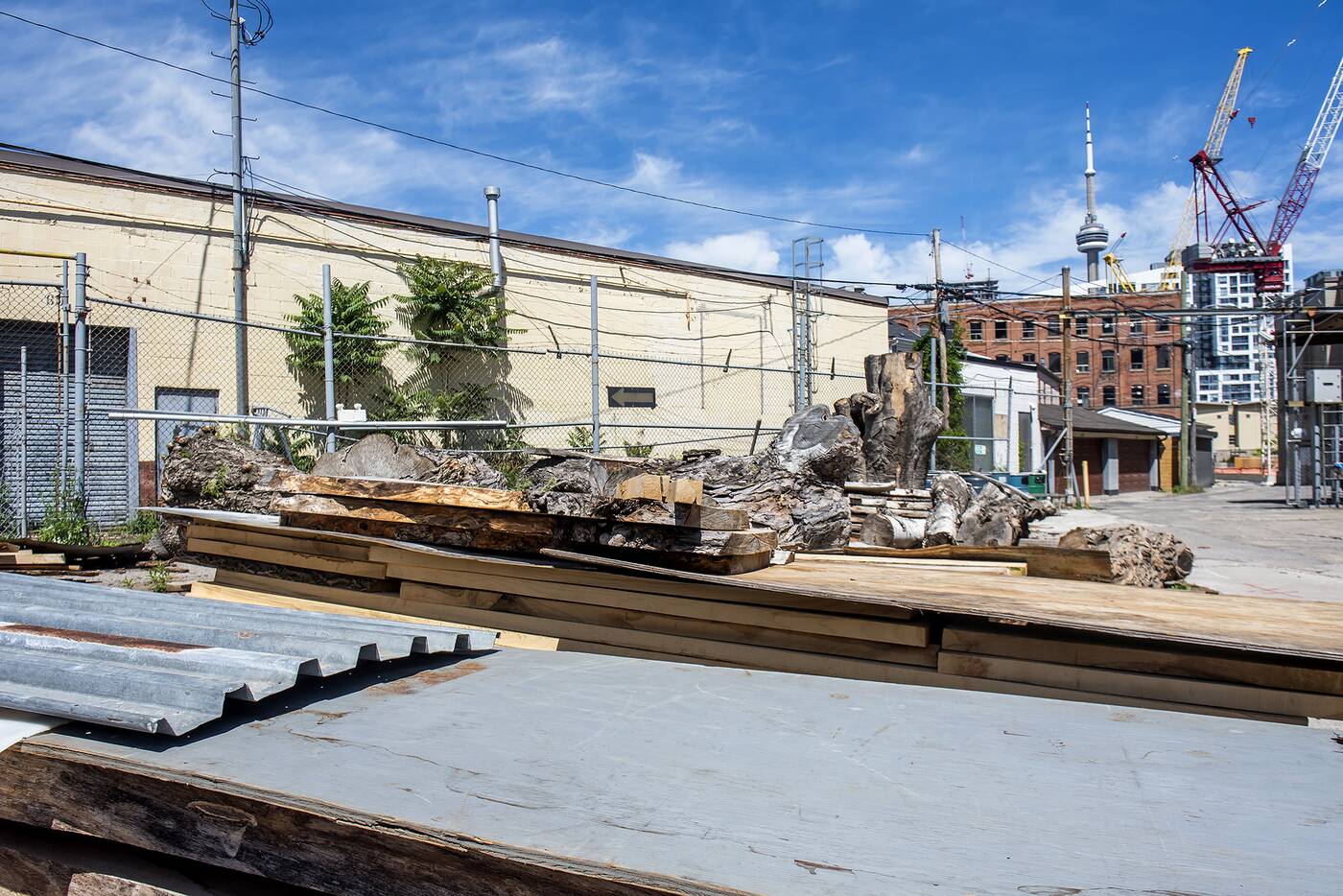 "Robert was reading a pamphlet that highlighted the waste wood issues common to urban areas. It just didn't add up," Wills tells blogTO.

"While Toronto trees weren't being wasted entirely, they were being chipped and used as mulch, the opportunity to turn the wood into something greater was right there." 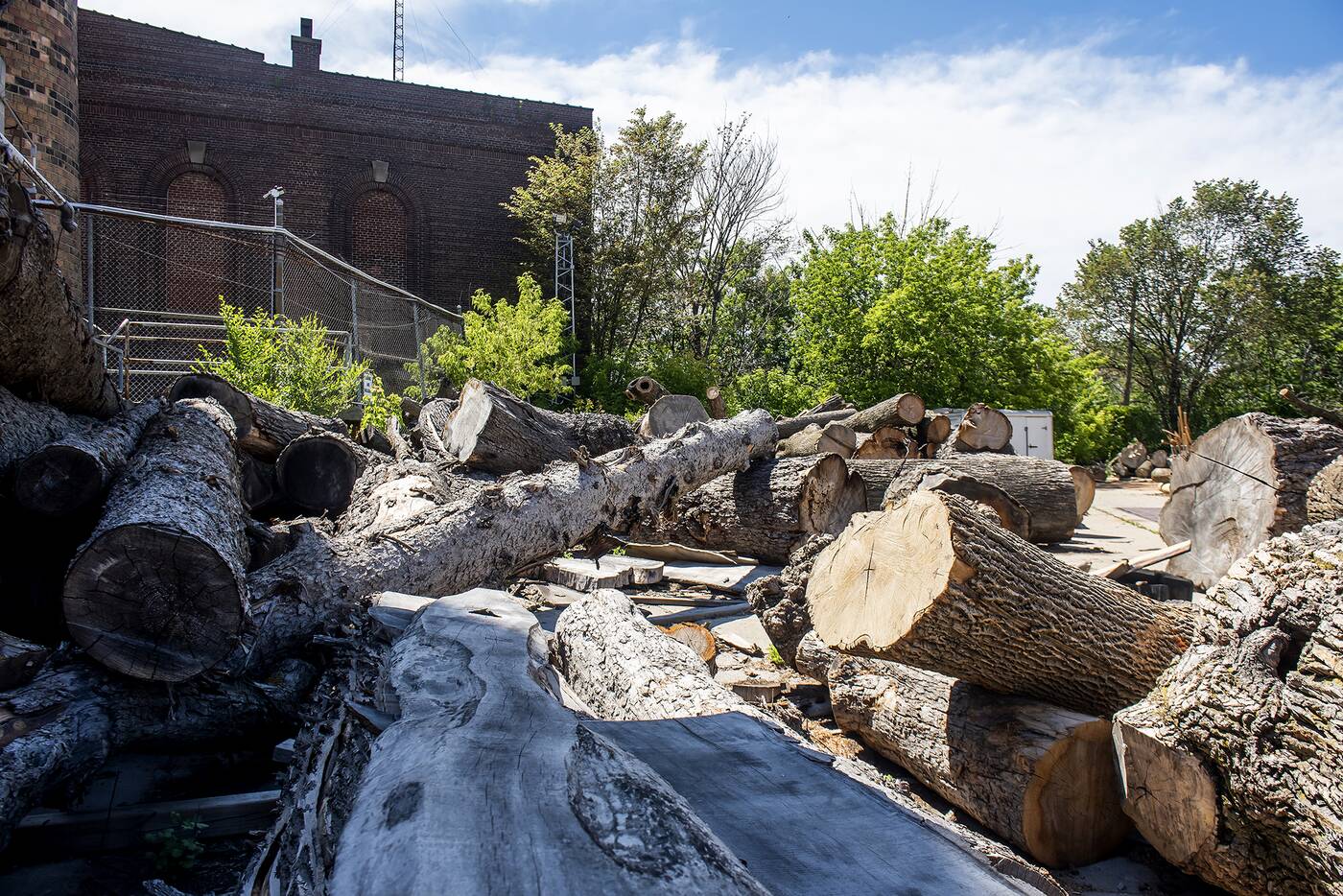 Wills says they came up with the concept for Just Be Woodsy on the drive home out of a desire to "honour the lives of these ancient trees in a more meaningful way" and "for people in cities to be more connected to what's right around them, to just, be woodsy, even though we live in urban centres." 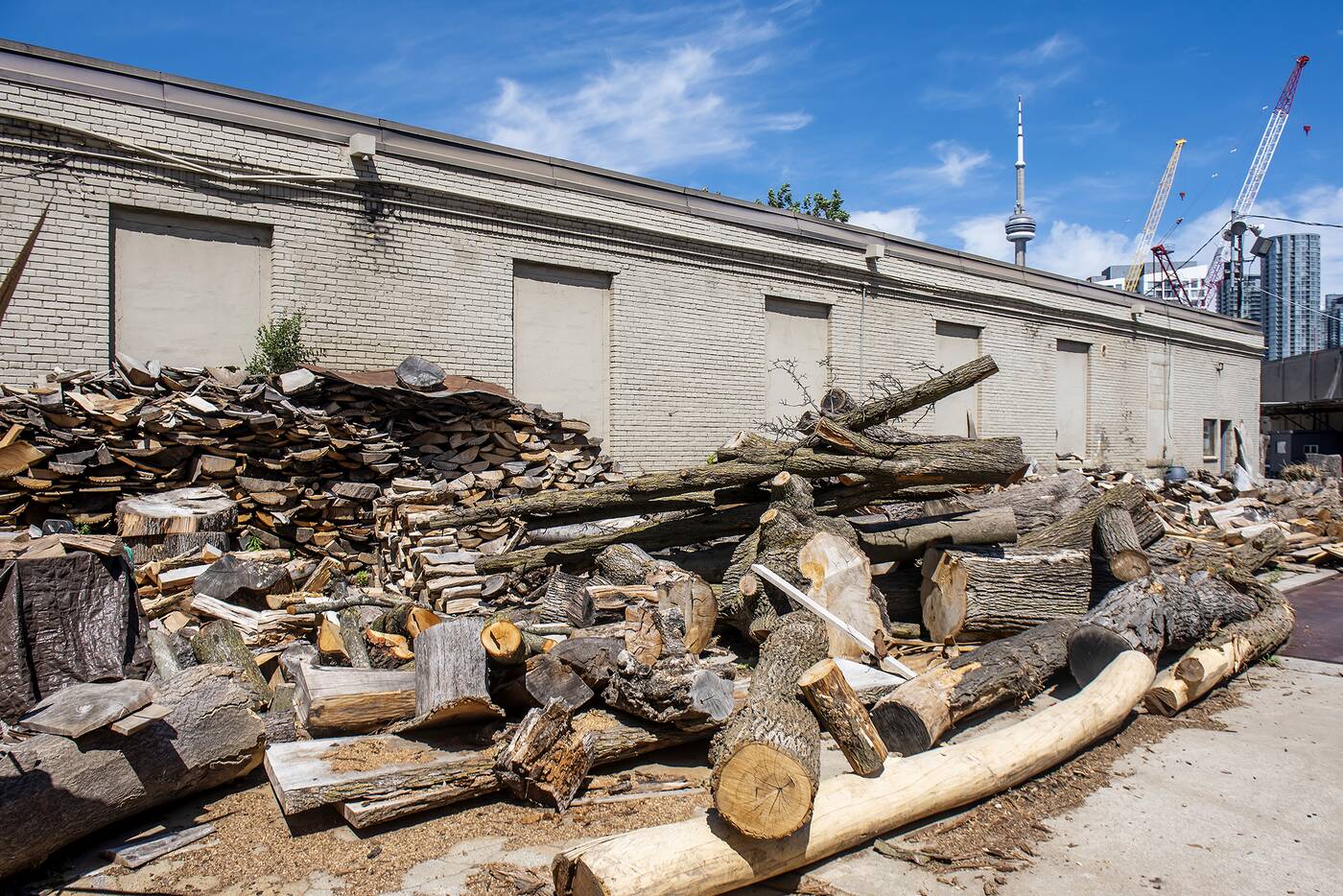 Making some of the millions of trees in Toronto destined to become mulch into furniture is also a way of "securing the carbon" in trees. 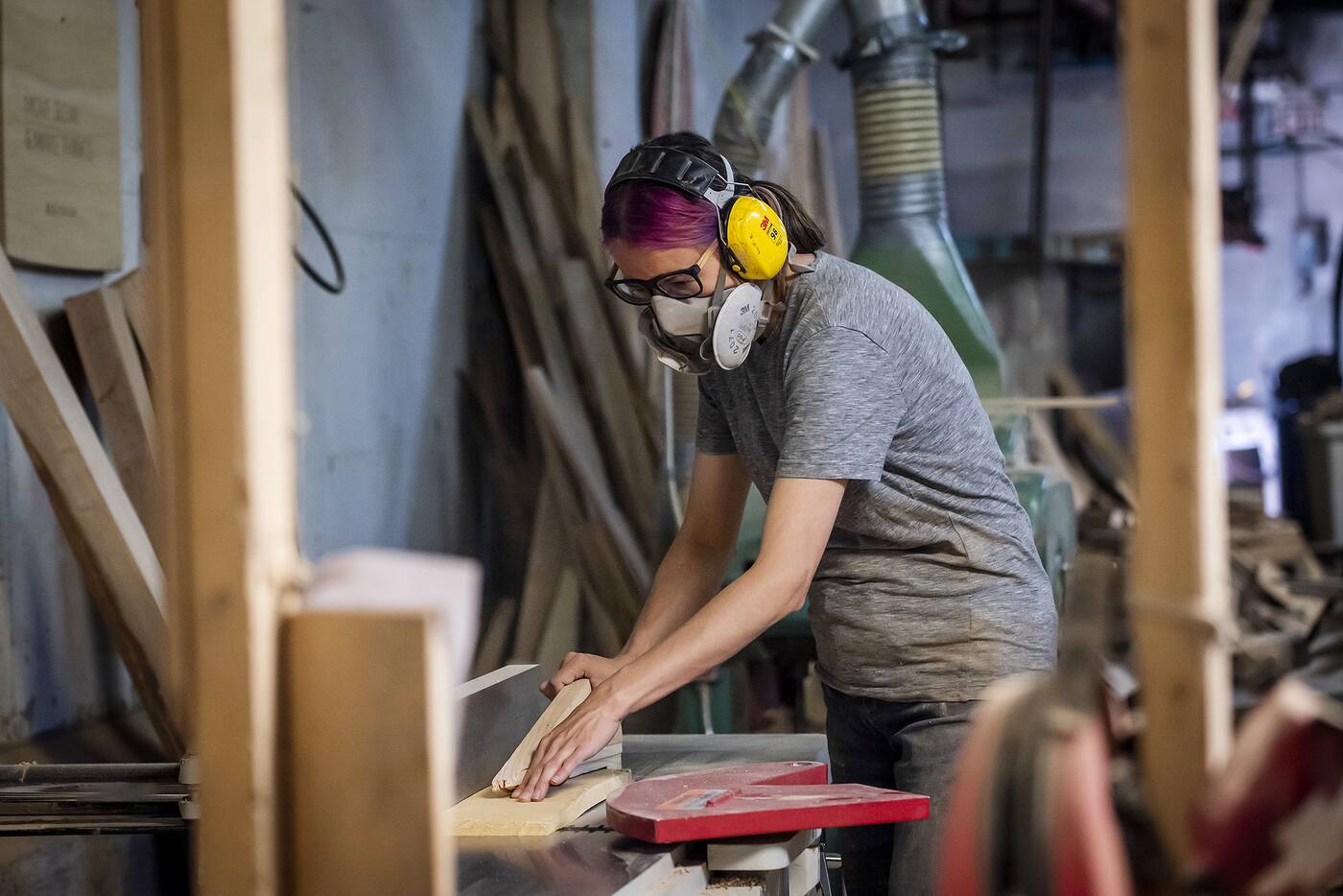 Wood is 50 per cent carbon and it's estimated that sequestering all the carbon in all the trees coming down in Toronto annually would be the equivalent of taking 60,000 cars off the road. 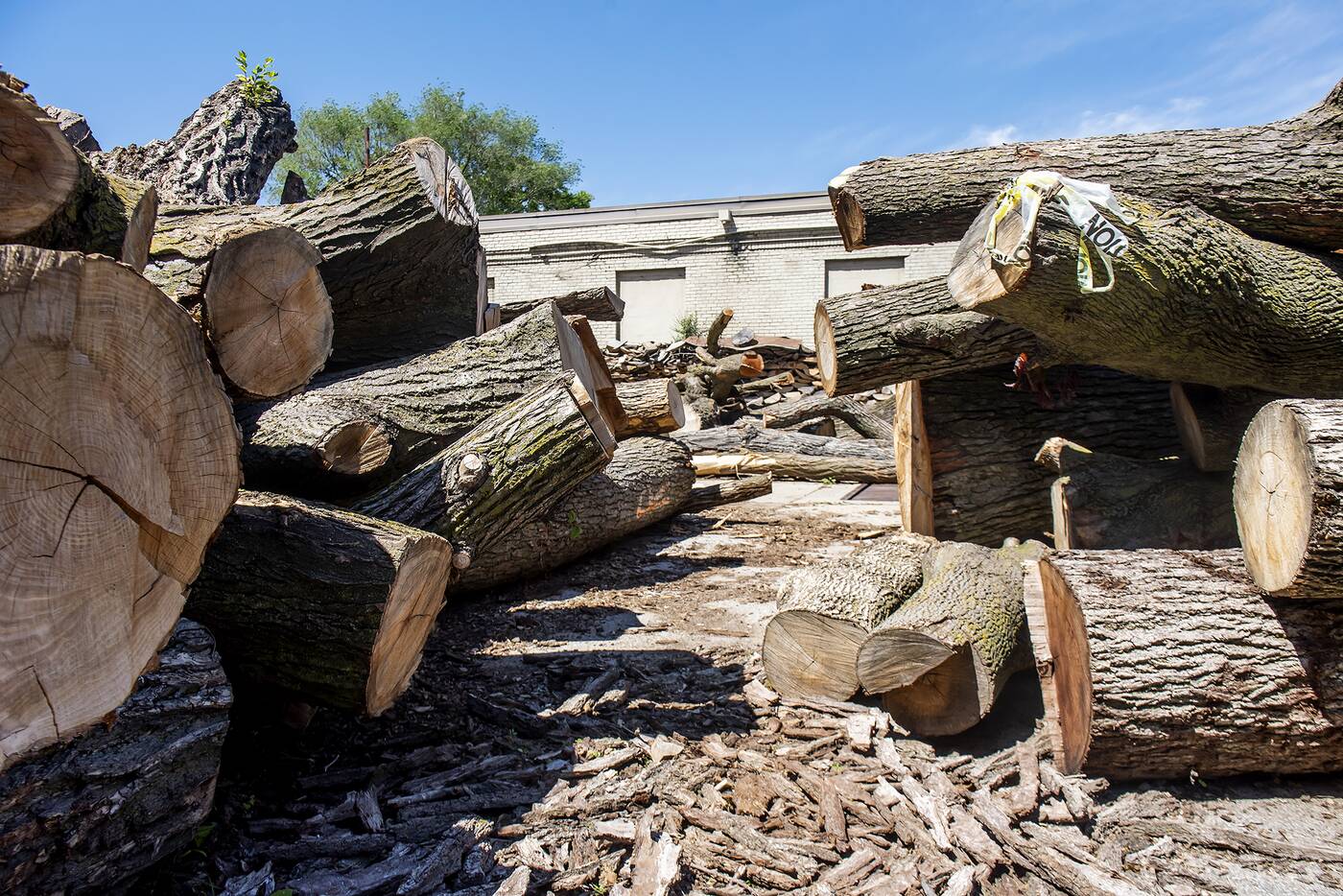 "These trees were ancient members of our neighbourhoods and deserve the chance to be honoured in people's homes, in our public spaces, and throughout our communities," says Wills.

"Bringing wood into your space that lived its life close by is impactful. It connects Torontonians with the incredible wood species that grow and thrive right here in our urban forest. Yes, even cities are living, natural ecosystems. A beautiful, local piece of wood can honestly naturalize a space in incredible ways." 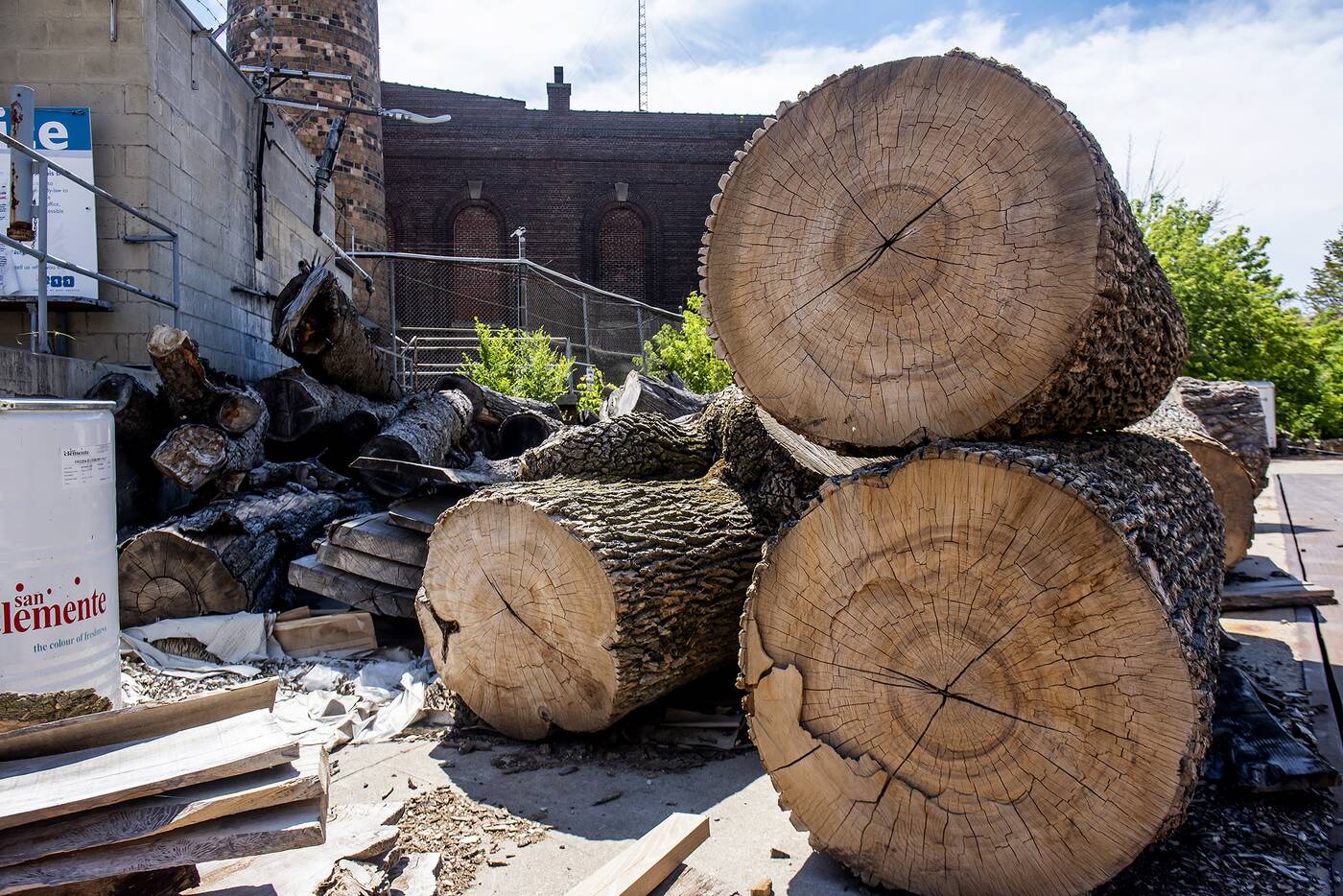 Wills and Jarvis got to work quickly, winning a bid with the city to make use of trees removed from the downtown core, and buying an old truck with a crane to move the logs, which can weigh up to 10,000 pounds. 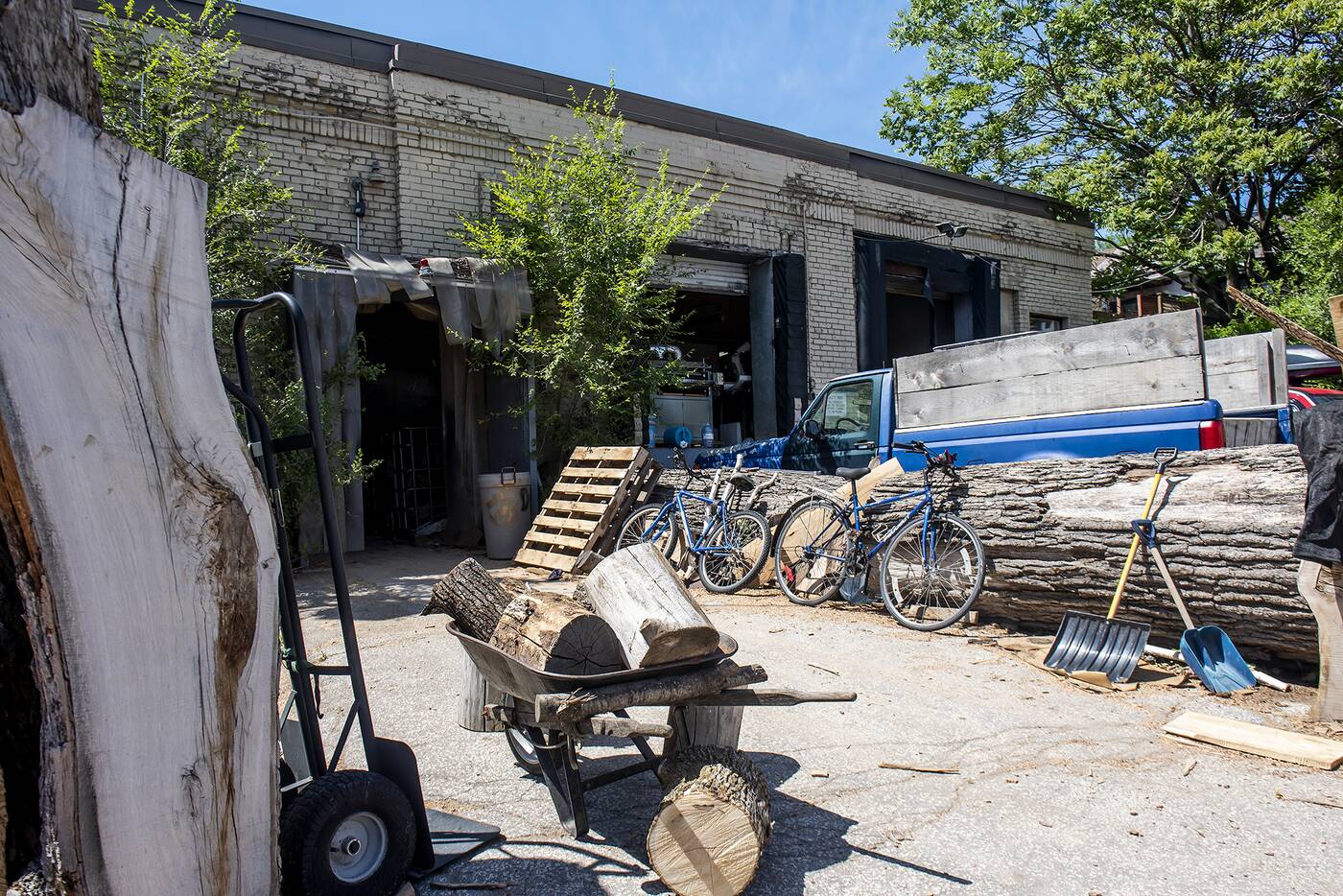 Jarvis connected with TAS, a development group who generously let Just Be Woodsy take up residence in an old abbatoir as they "have a big focus on impact." 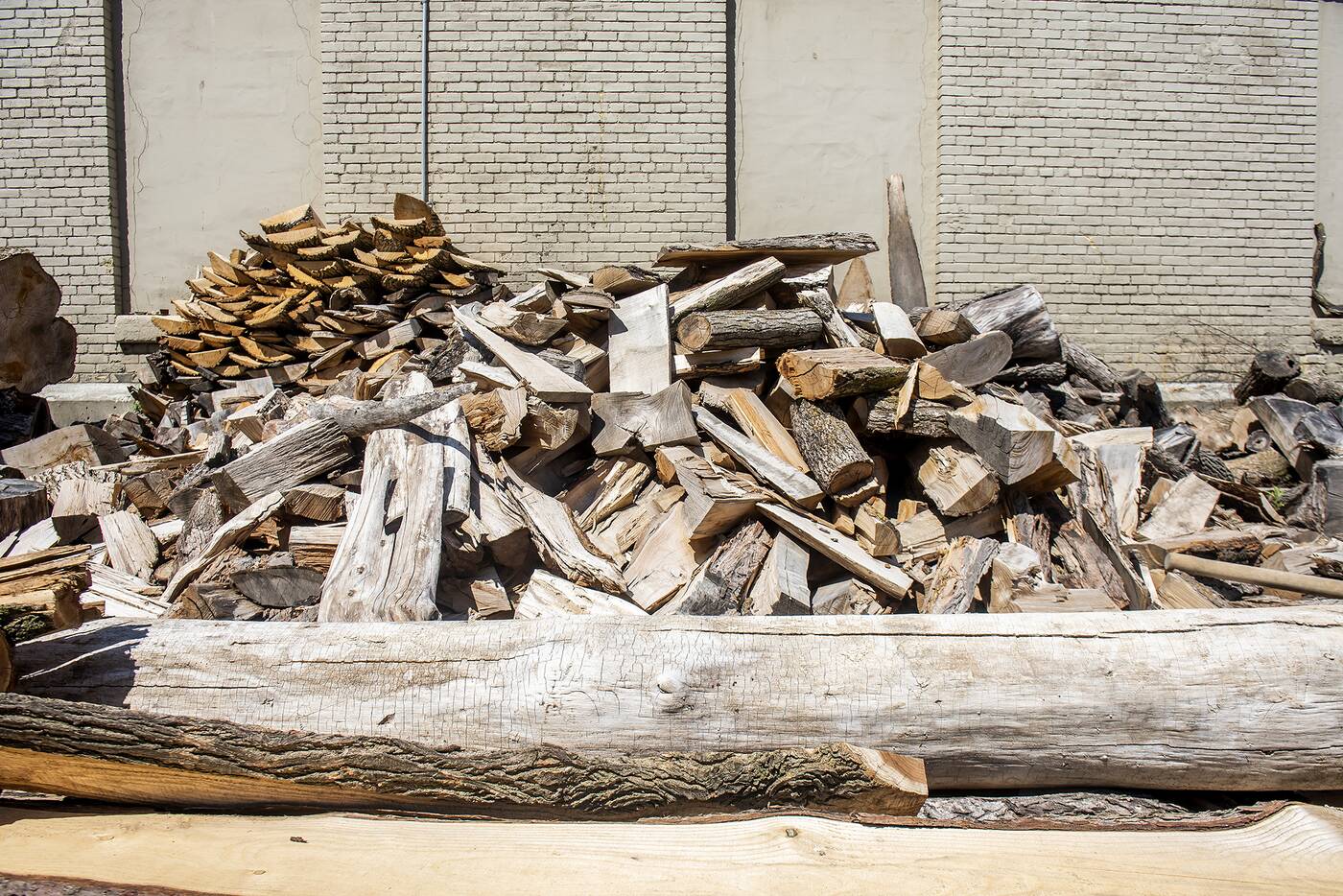 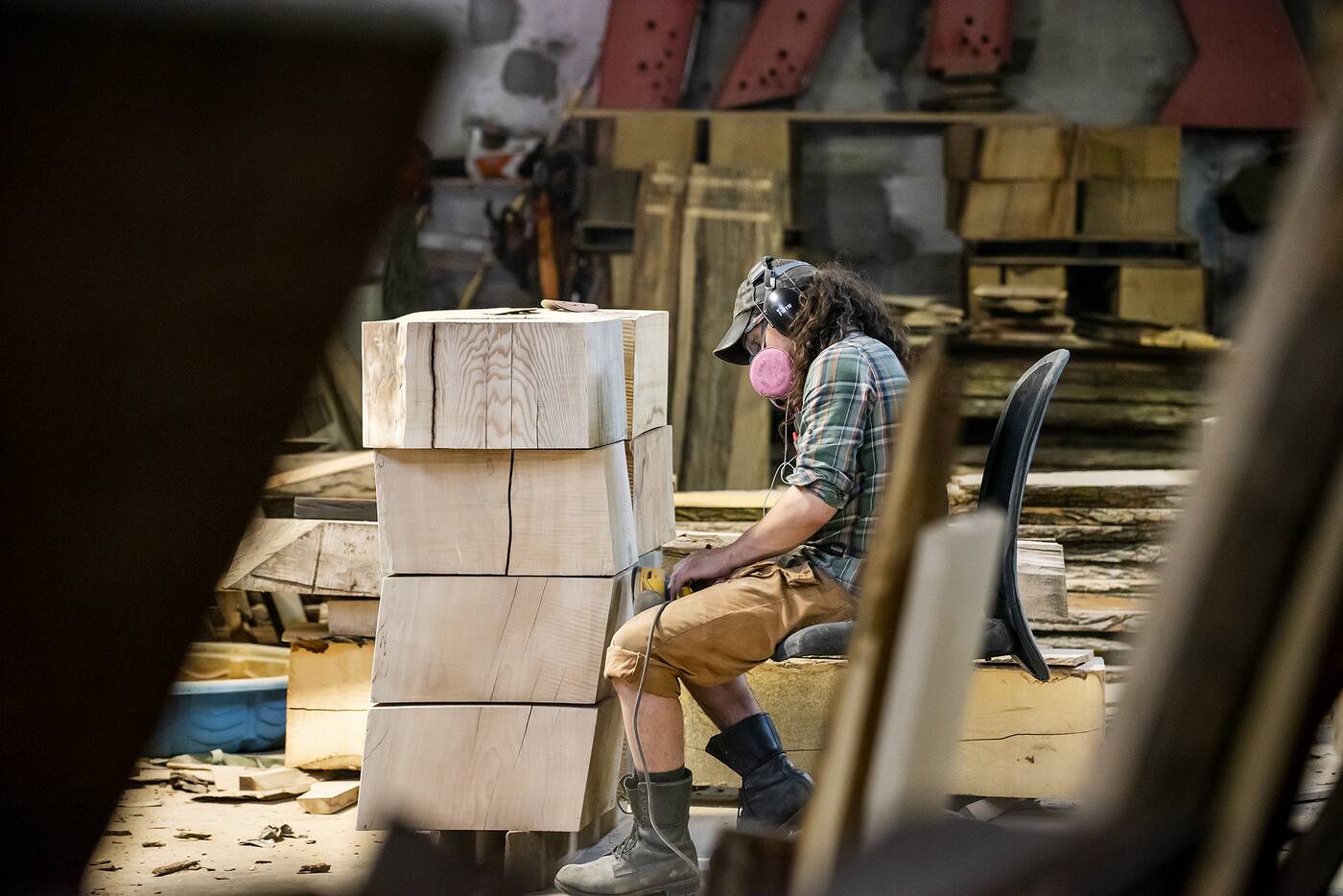 These trees have had to come down for various reasons including age, decay and development reasons, and they're turned into products by being milled, kiln dried, hand crafted, finished and then lasered with where they came from if known. 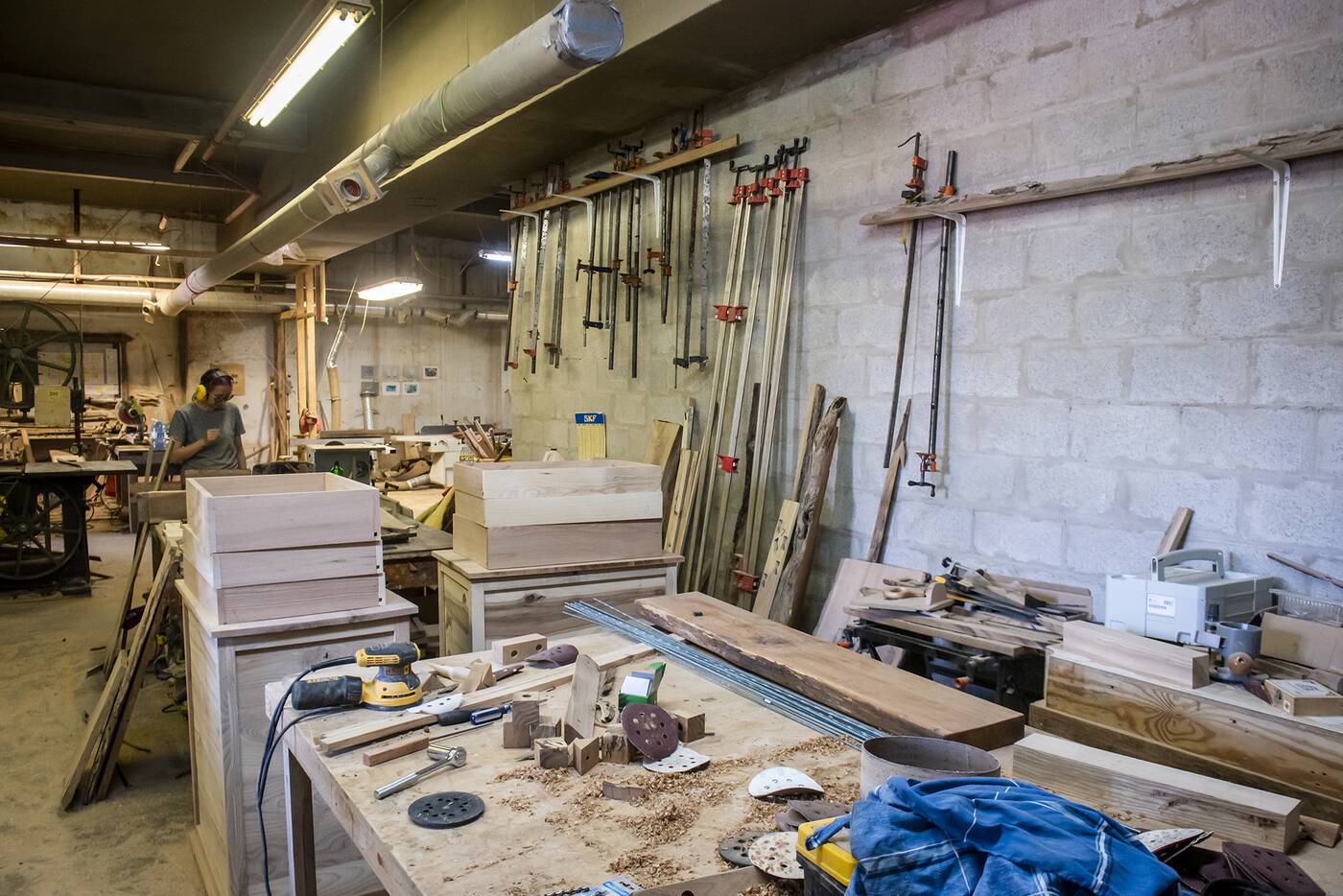 Just Be Woodsy makes products that range from $20 coasters to $5000 tables, with items like $85 boards in between, available for purchase online. They've even gotten orders for chopsticks and bee hives. 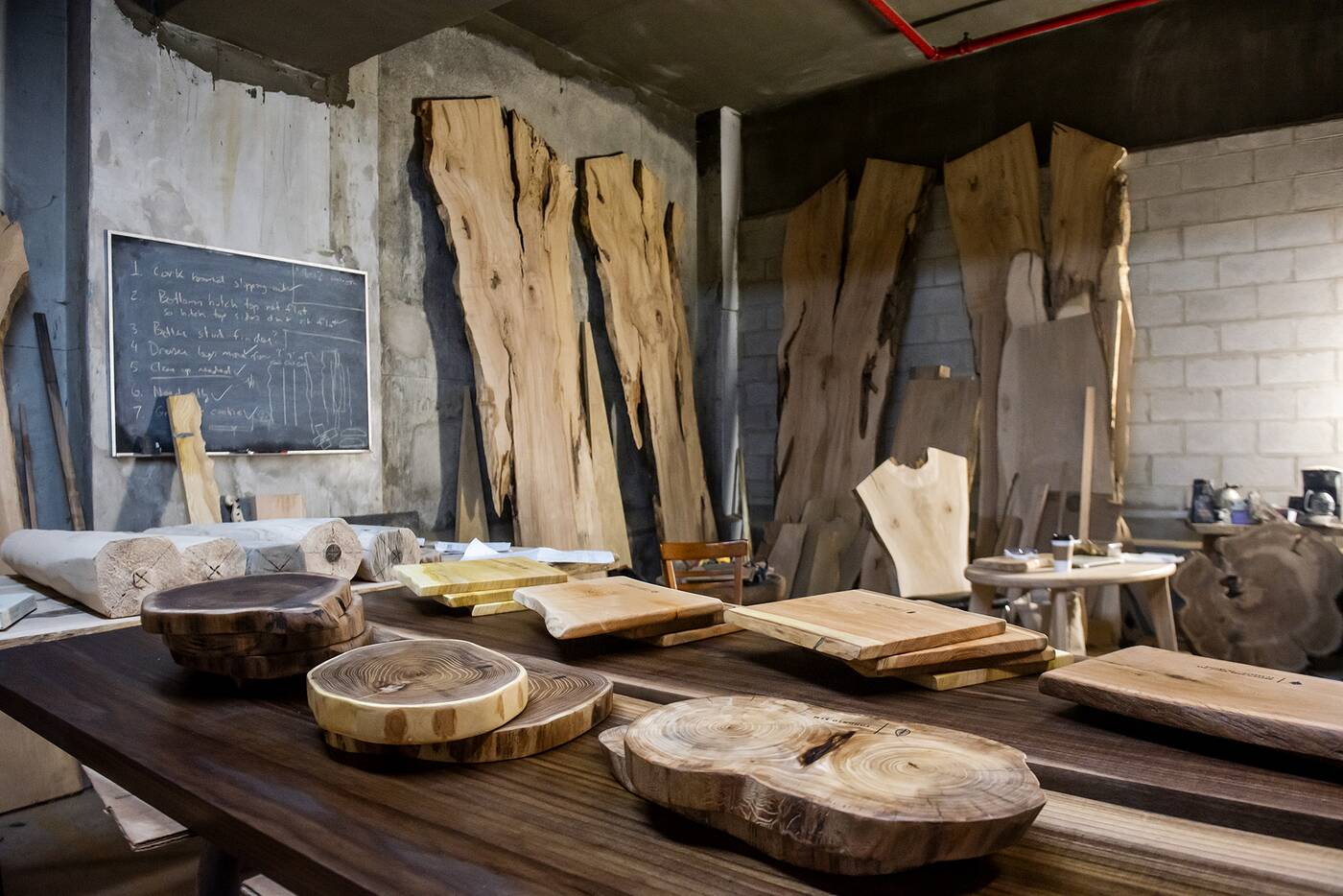 You can also get custom laser engravings for an extra charge, and everything can be customized from the colour to the species to place of origin with a bit of extra waiting time. 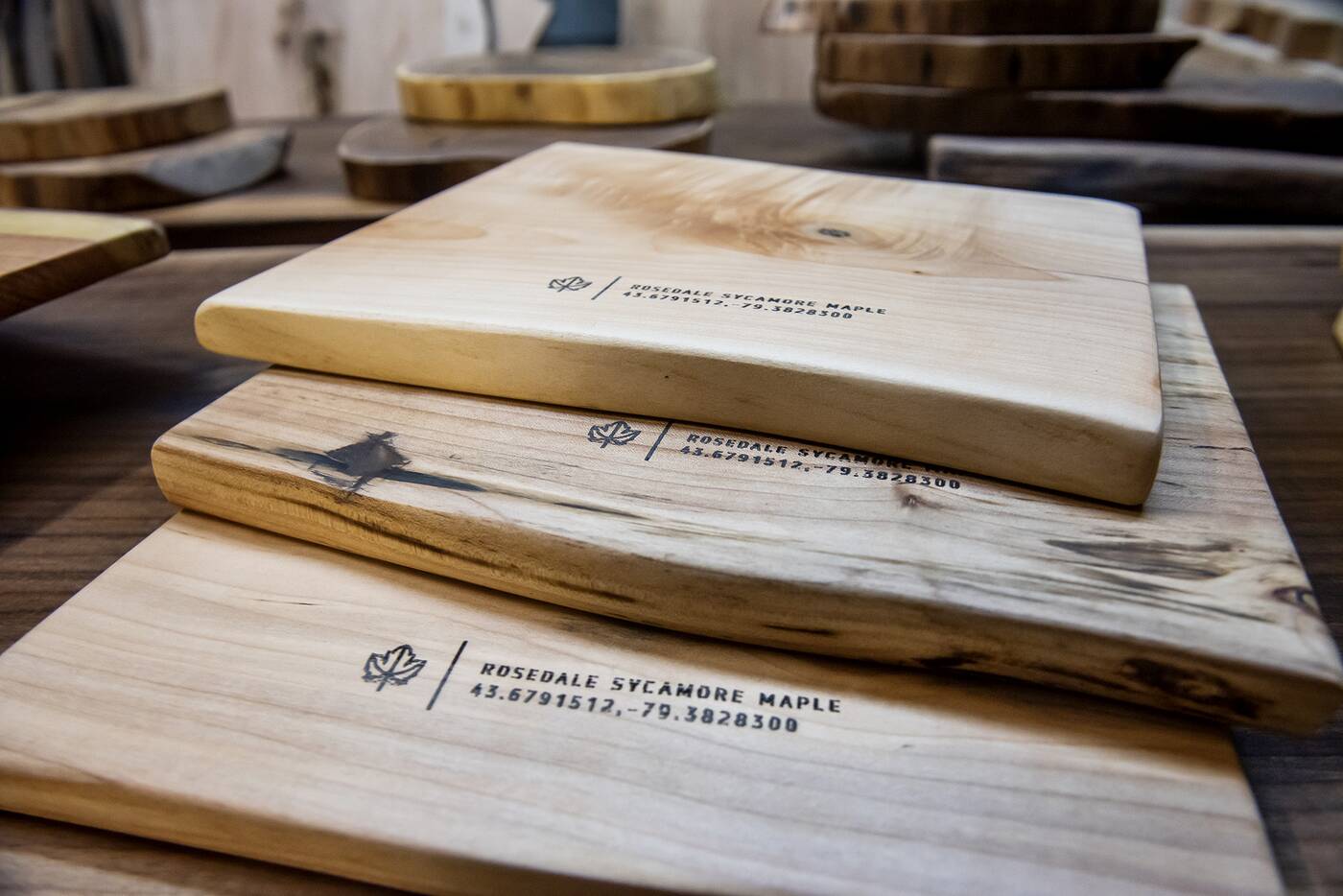 "People are eager to naturalize their spaces, especially with such a focus on being in the home more recently," says Wills.

"There is, unsurprisingly, a great response to using local resources as well, and when people see the beauty of the wood first hand, it's pretty jaw dropping. That seems to be when people are hooked." 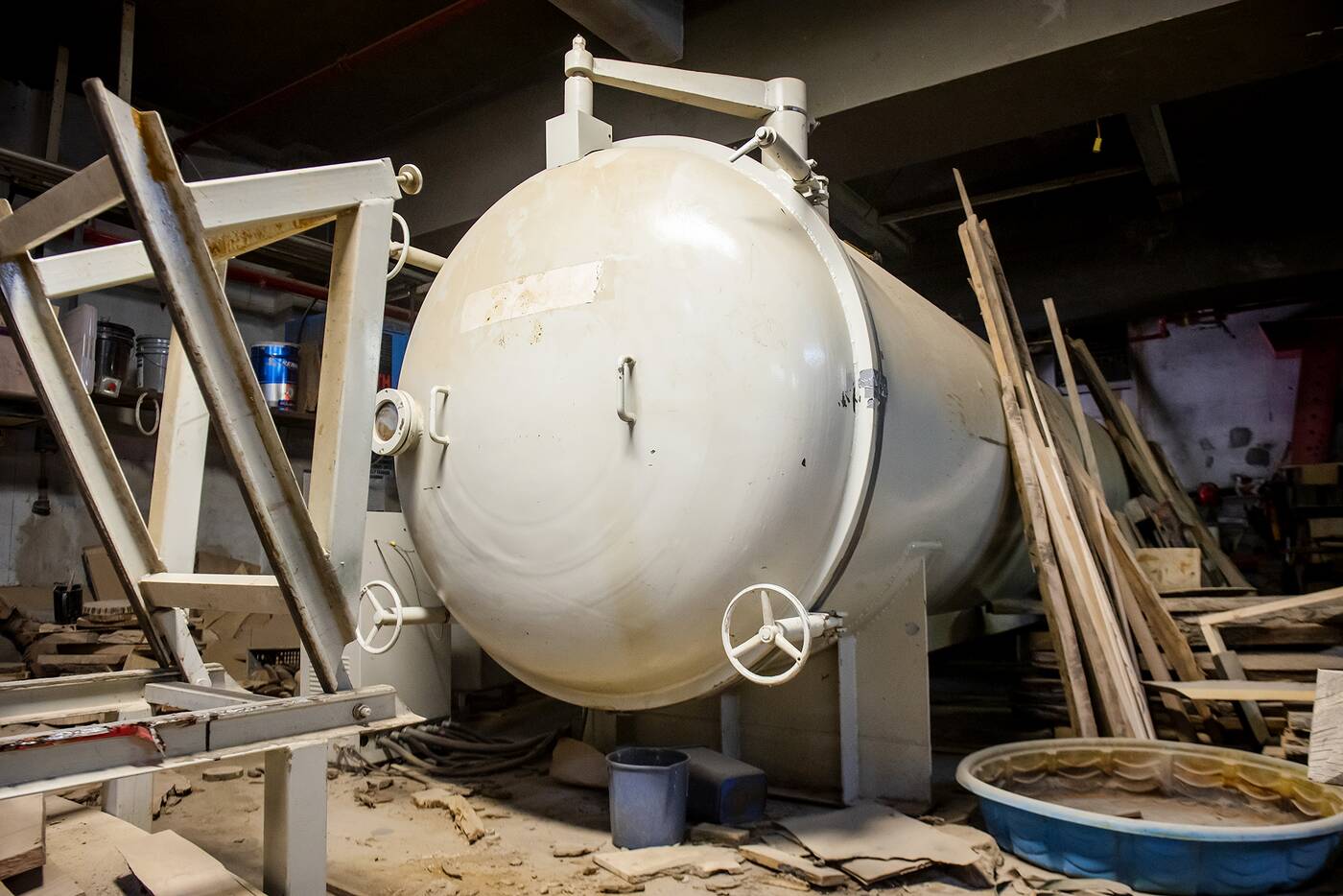 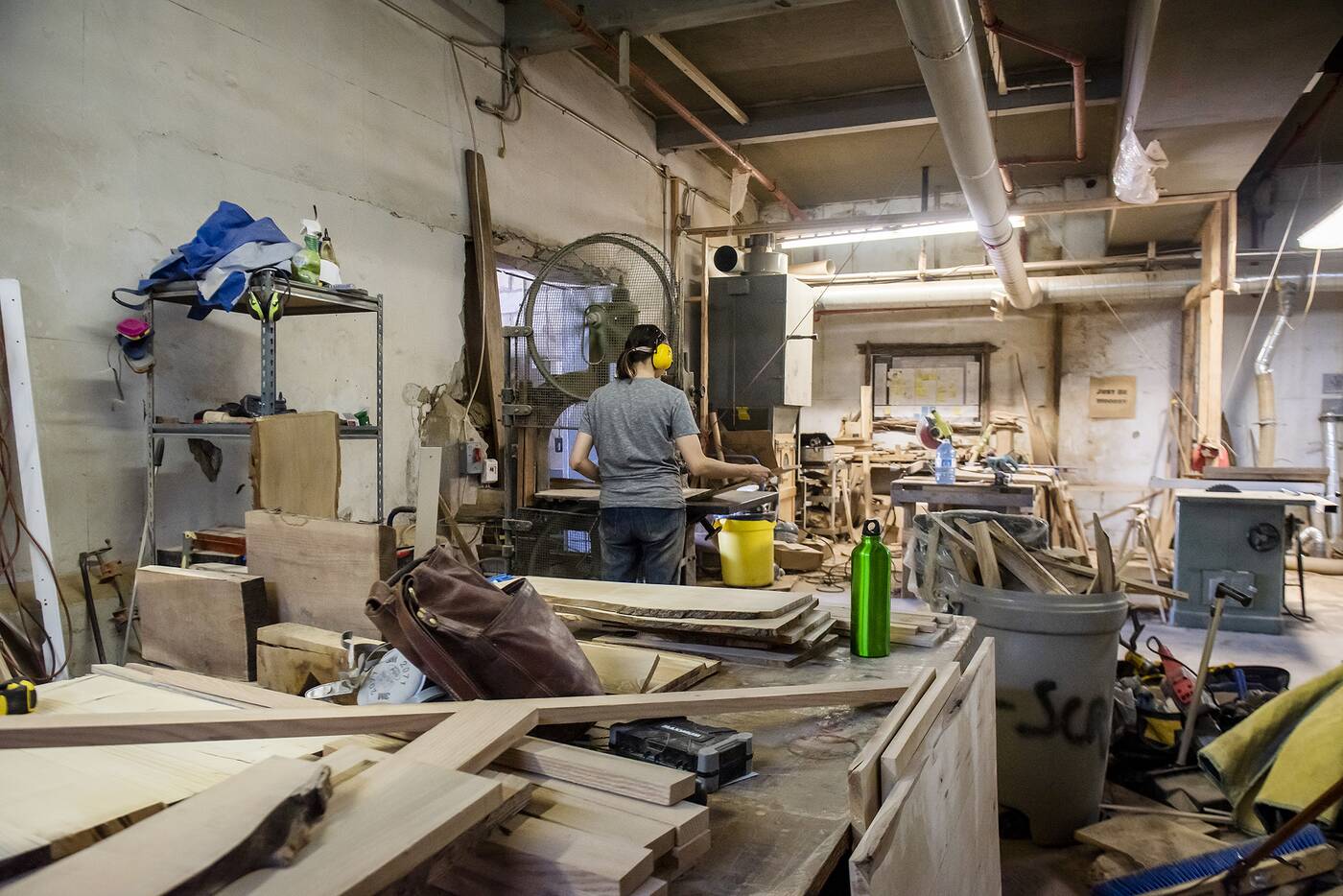 Just Be Woodsy is hoping to grow, looking for more makers to process more wood, as well as expanding and improving their production space. 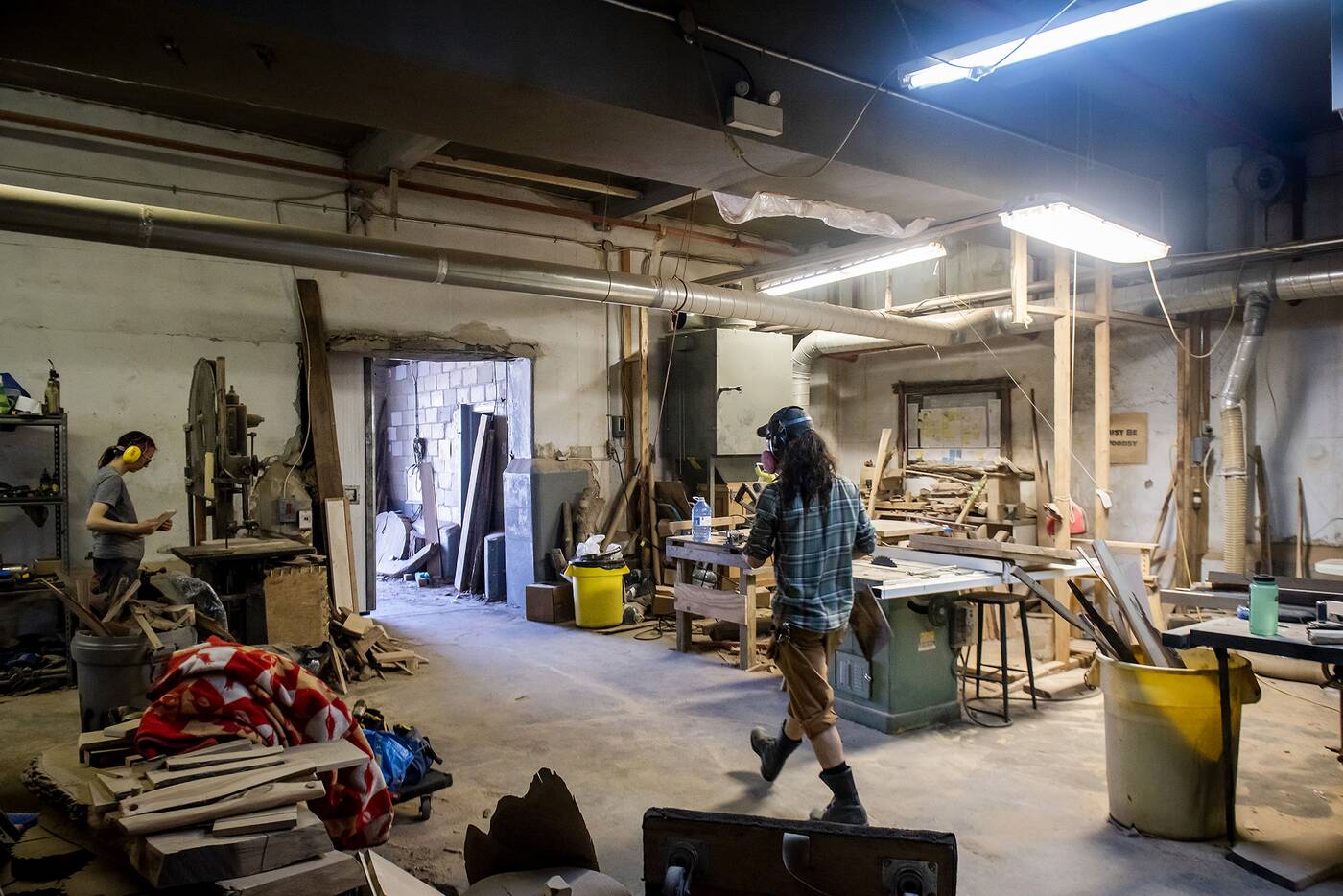 "We are far from saving all of the usable wood available, and our goal is to make a larger and larger dent as we reach more people who want to connect with Toronto wood," says Wills.