Toronto's Sandalman has been working with leather for almost 50 years, almost his entire life. He's been doing it for so long that if you just mention "a guy in a store who fixes leather," most people will probably know who you're talking about.

But almost nobody knows his actual name.

It's Cory Bernatt, and he has been working with leather since he was six years old, when his father (who taught himself to work with leather in the 1970s) got him his first leather kit. 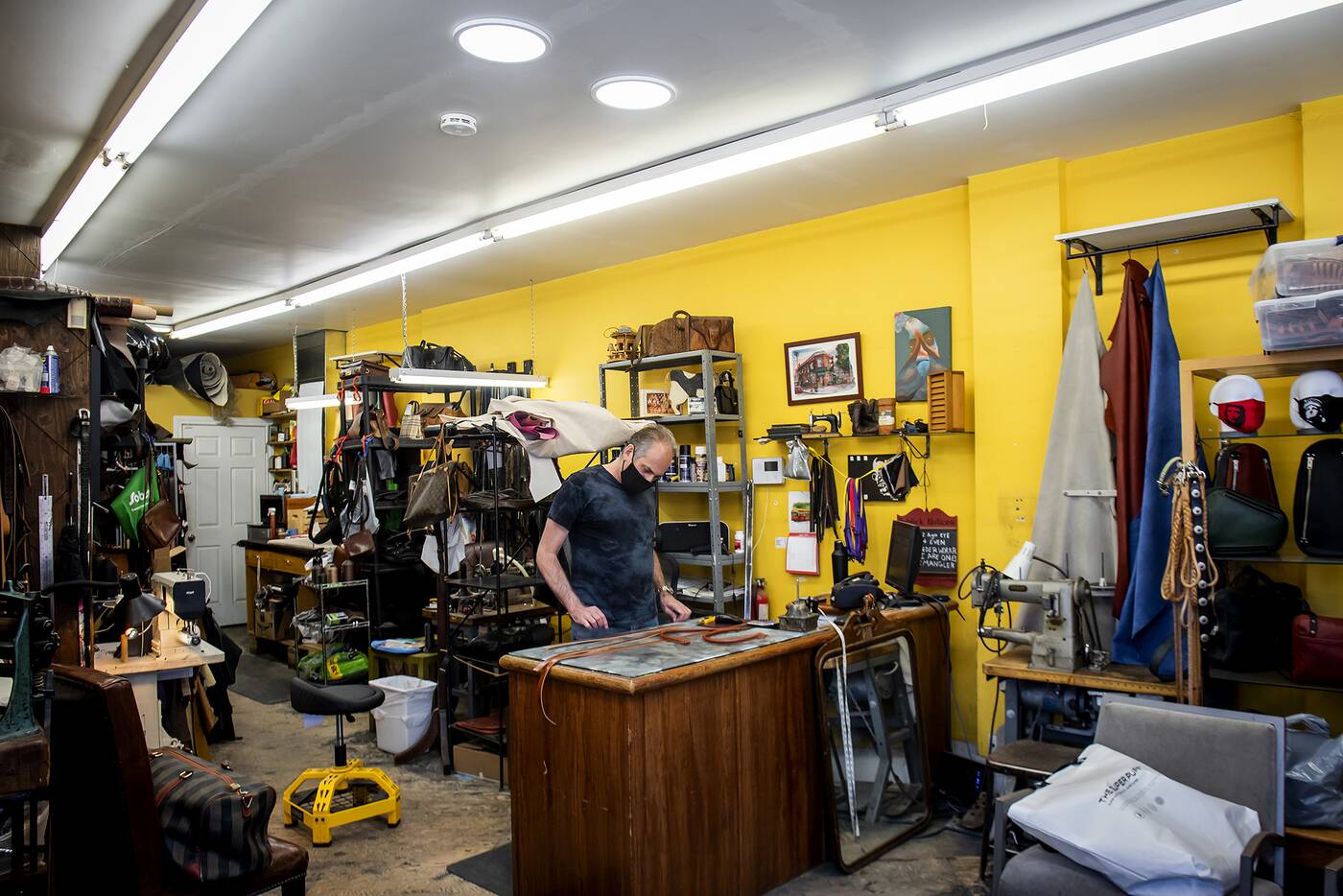 He actually sold his first purse at the age of 11, around the time his dad started his own leather shop on Harbord called Jekyll & Hide. It was only in business for about five years, until Bernatt's father and mother were divorced, his father fighting for and winning custody of Bernatt's two stepsisters. 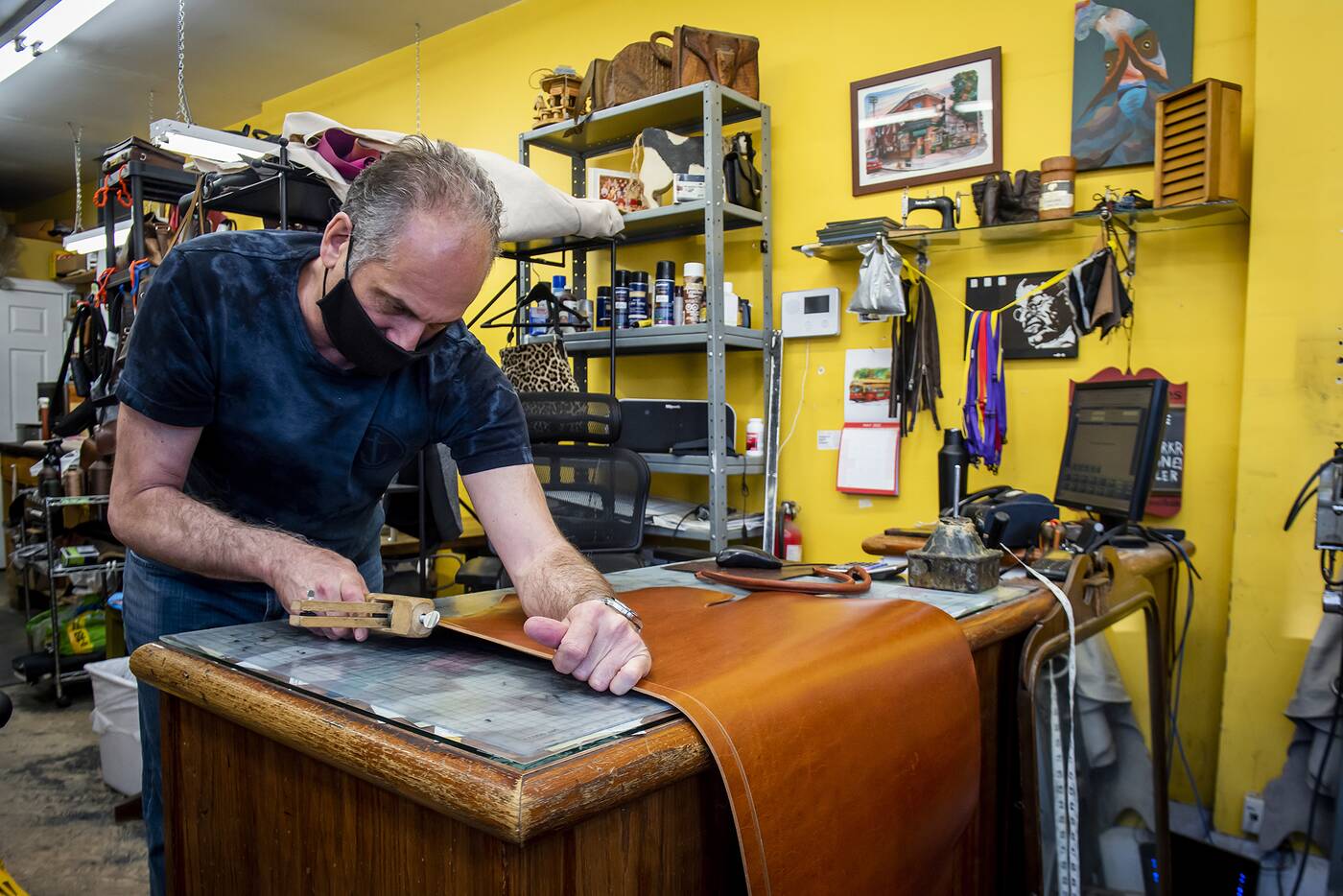 Bernatt was only 16, and had to run the store that was across from his high school while his father was embroiled in his custody battle. 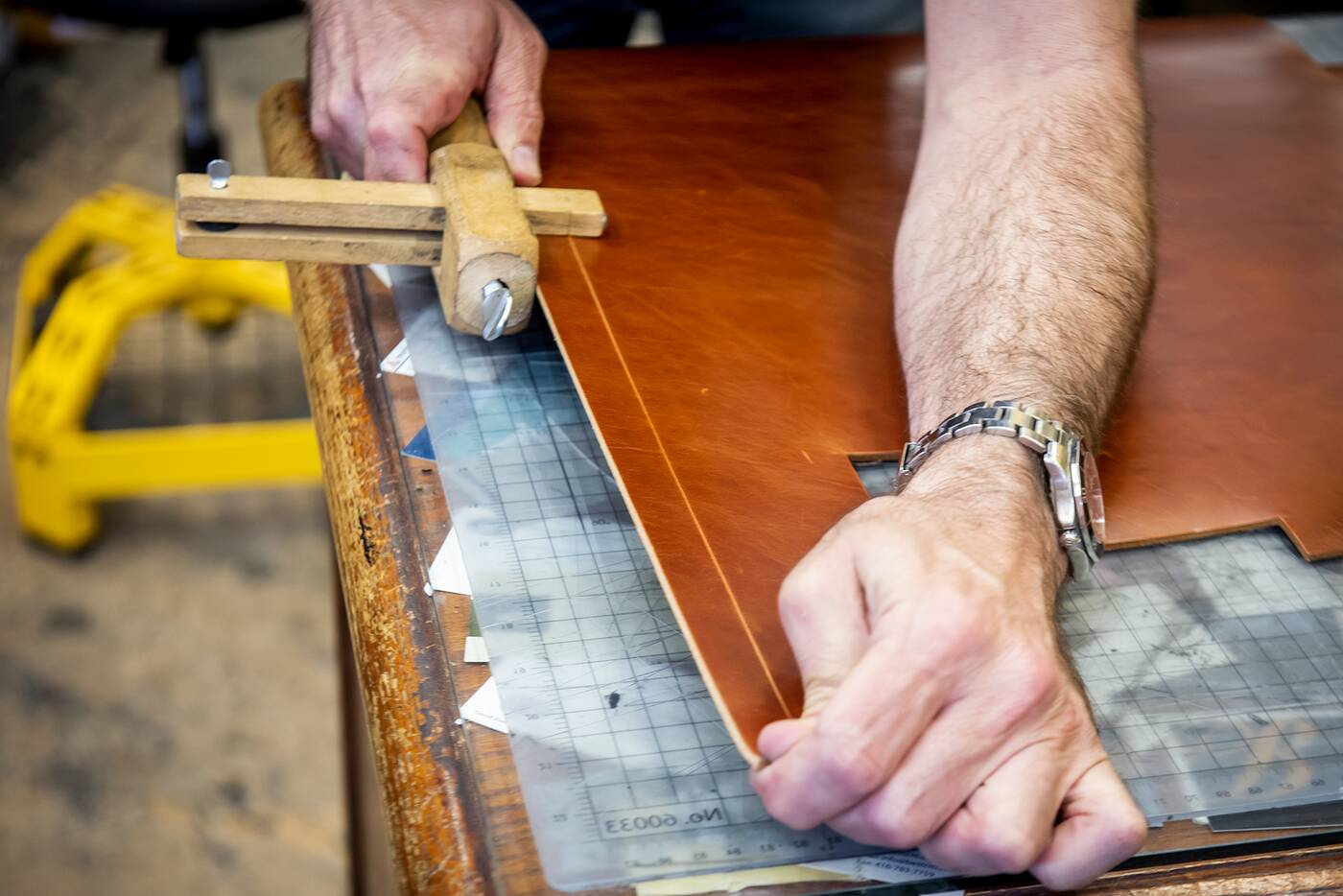 "I had special permission from school... to go to school into 12 p.m. and still receive my required credits," Bernatt tells blogTO, "and this allowed me to run my dad's shop."

"After a year my dad won custody of my sisters and decided to close the shop. I didn't want to do anything else but work with leather so I decided to open my own shop two doors over and named it The Sandalman." 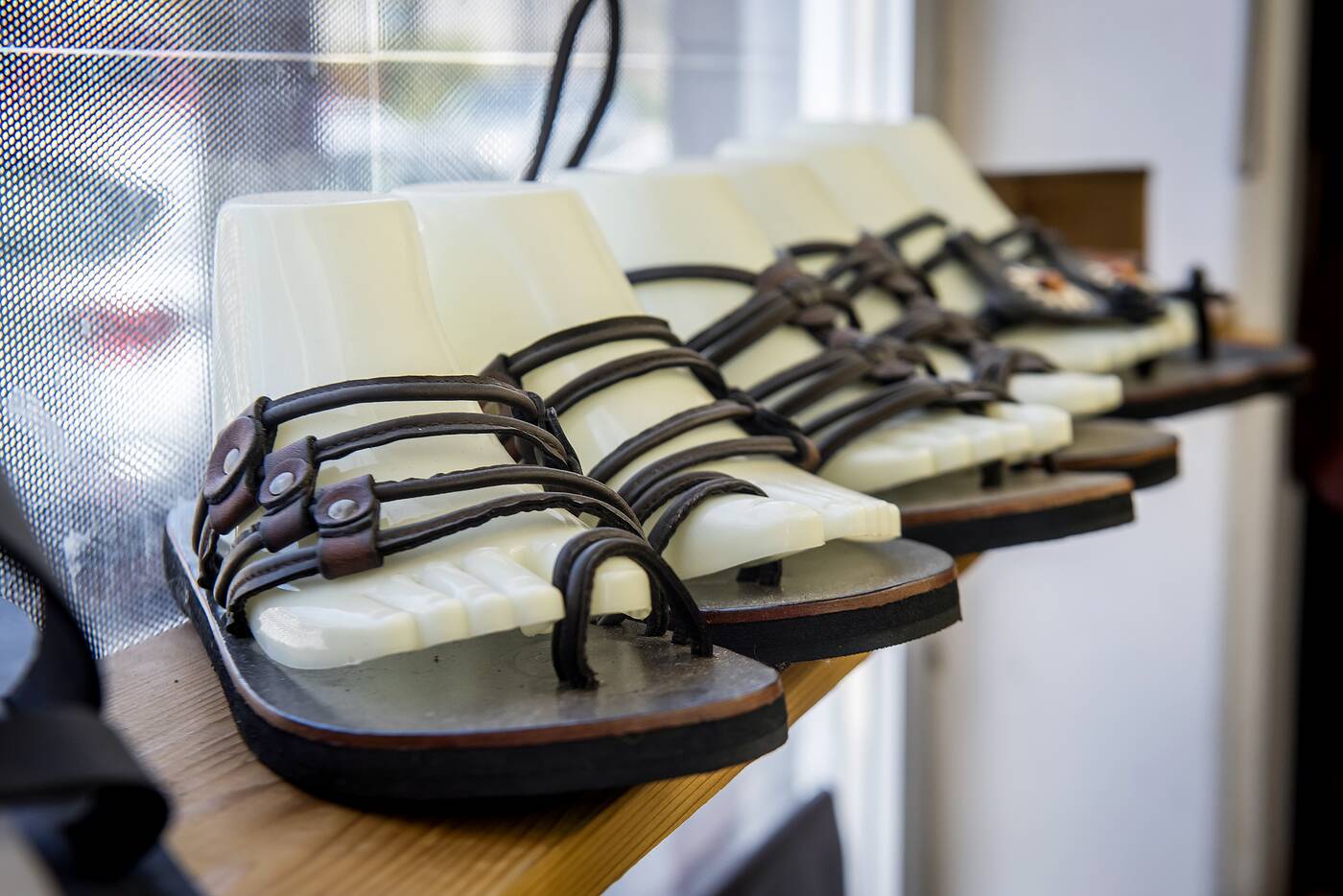 He got the idea for the name while on his first trip to Jamaica around that time, seeing an artist who signed his work "Draw Man." Bernatt was already known for making tons of sandals at the time, so he figured he'd do likewise. 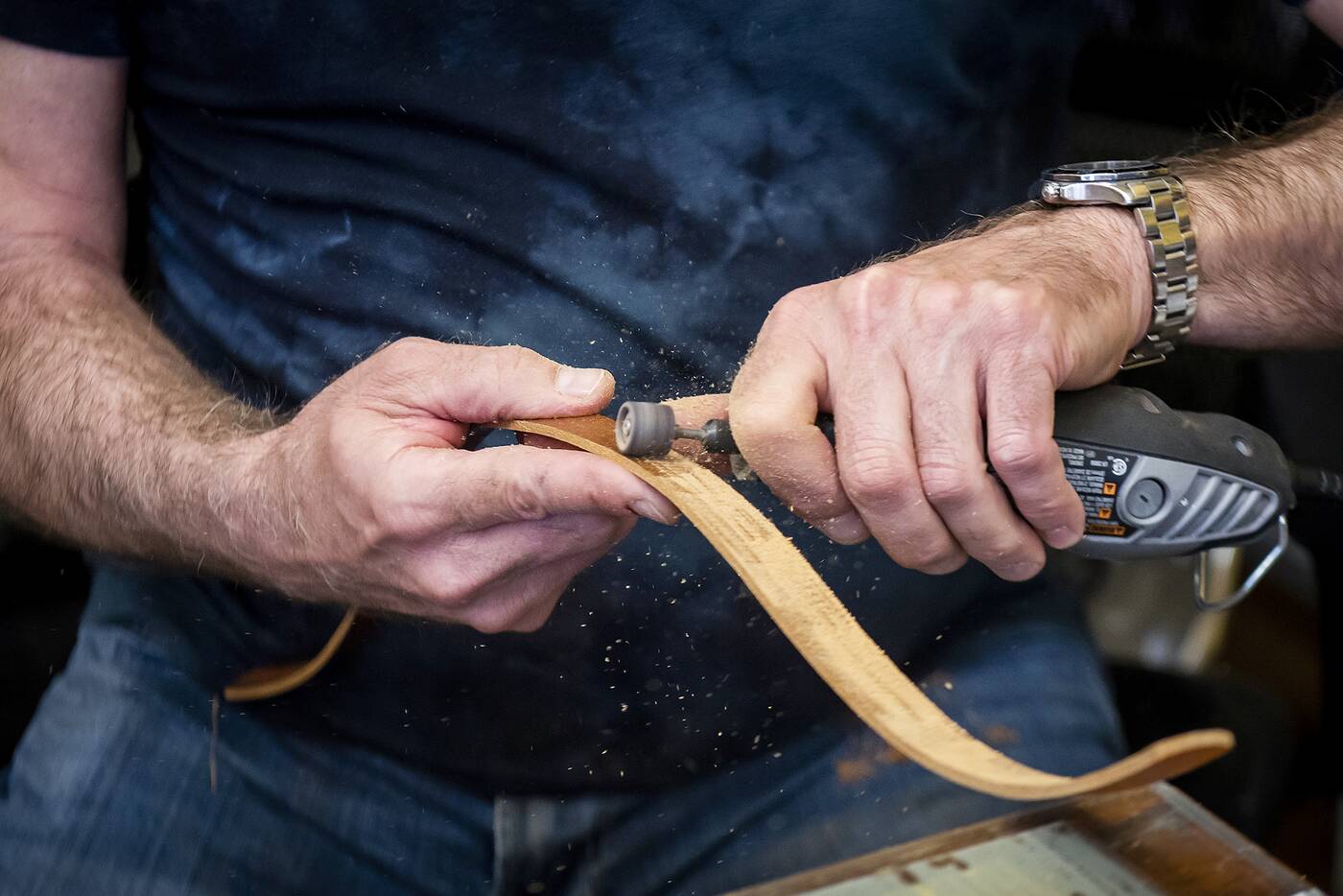 He opened the original Sandalman in 1982, and though the location of the shop has changed over the years, the name has stuck. 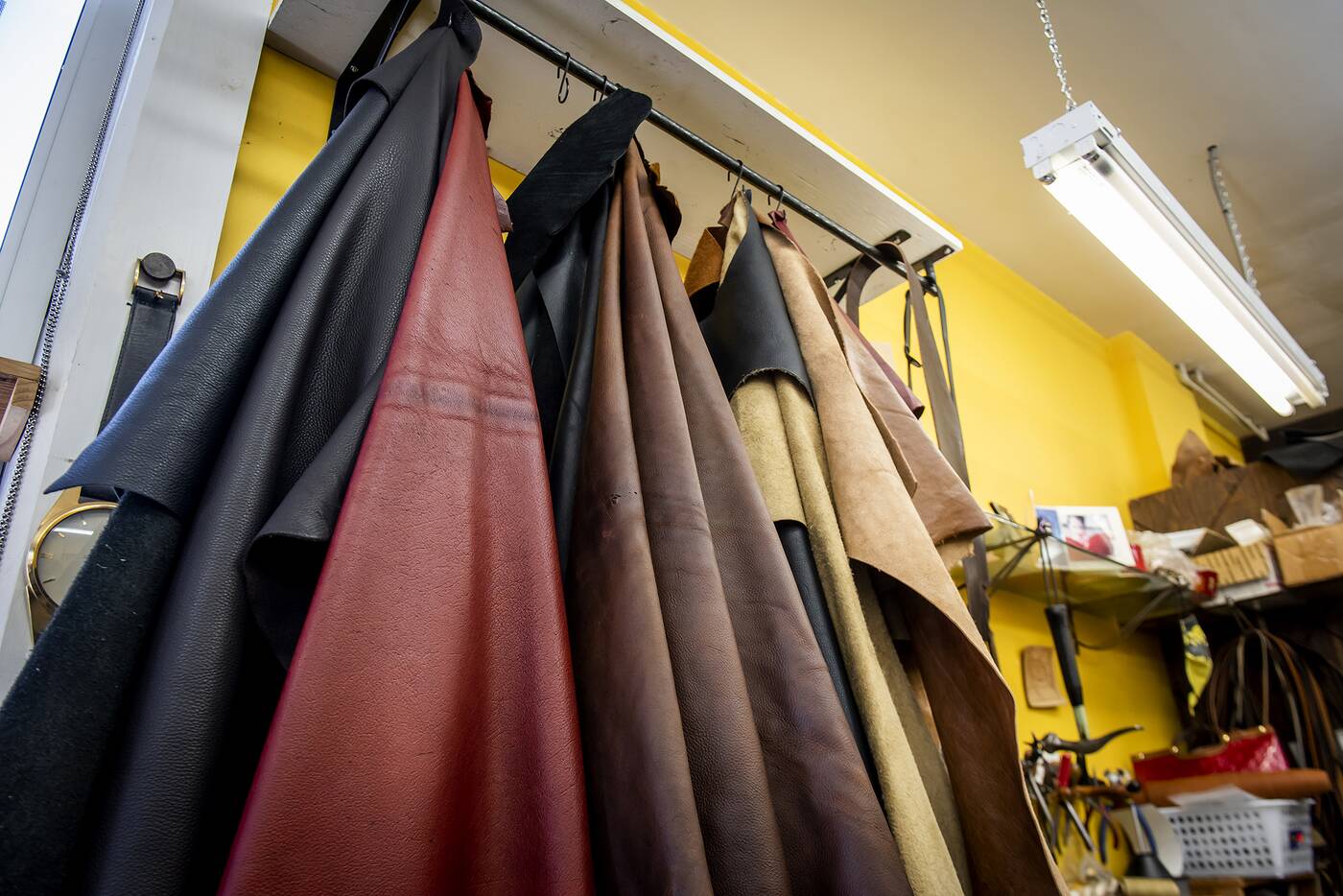 Bernatt originally wanted to move to California thinking he could do leather work for the stars, but realized a higher-end clientele was waiting for him in Yorkville, and they were a lot closer. 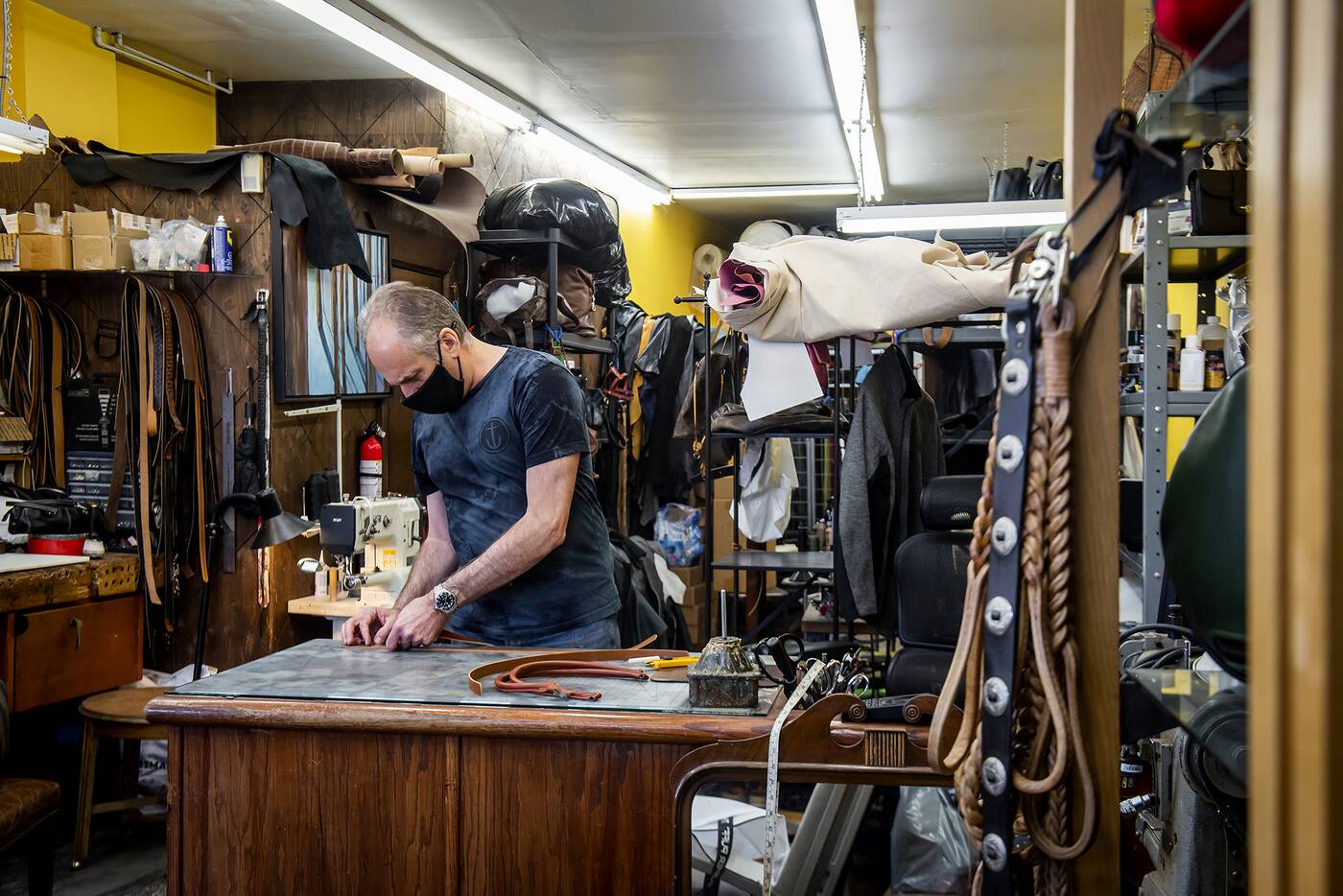 In 1994 he moved Sandalman to Avenue and Davenport near the Avenue Diner. He spent seven years becoming established in that community before he was forced out of that location when his building was slated to be torn down for condos. 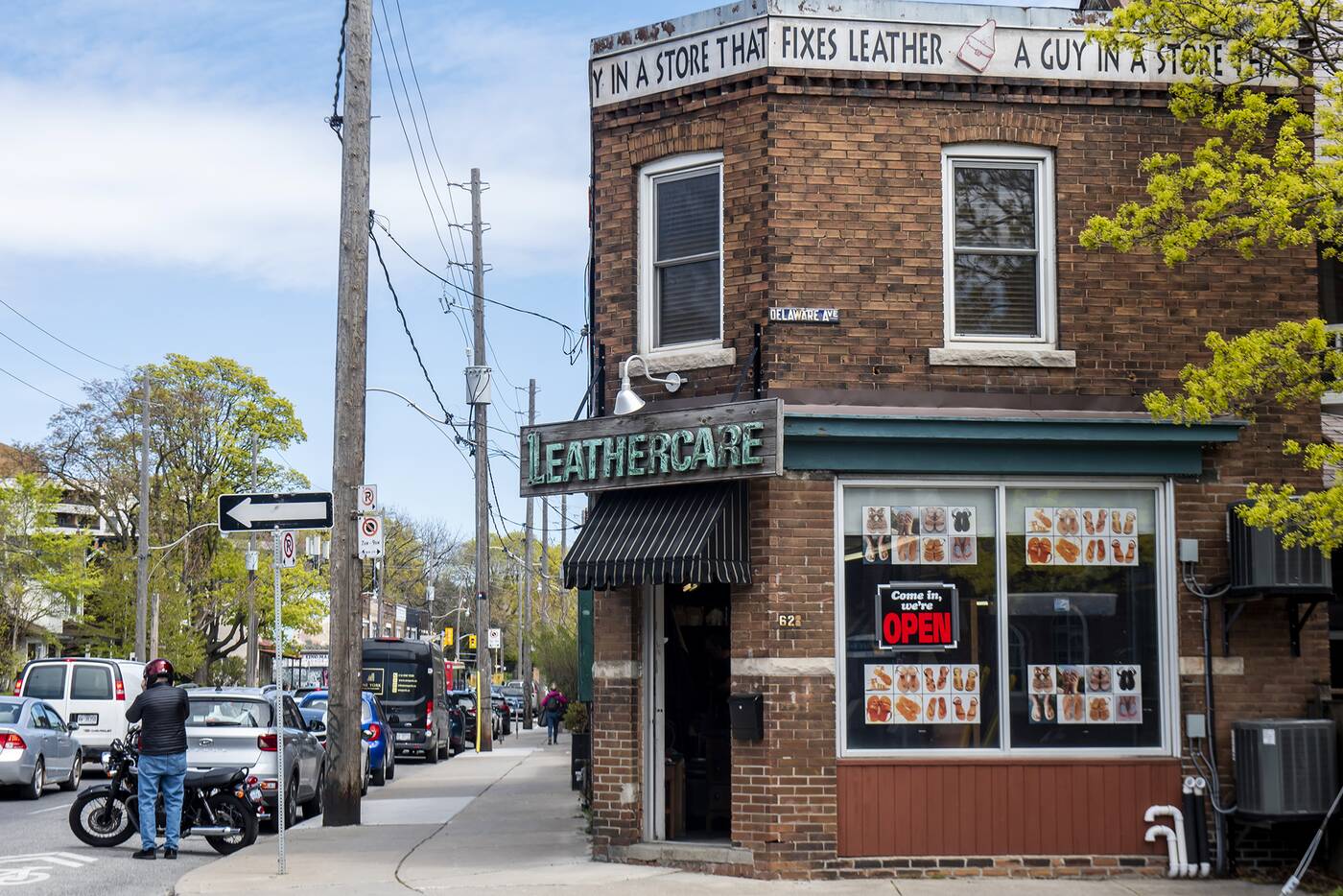 Before the lease was up, Bernatt managed to find the location where Sandalman currently resides at Davenport and Delaware, which is actually closer to where he lives.

It took a year to convince Len Chilco (who ran various businesses in the building for 50 years) to rent the space to Bernatt, but eventually the two became good friends. 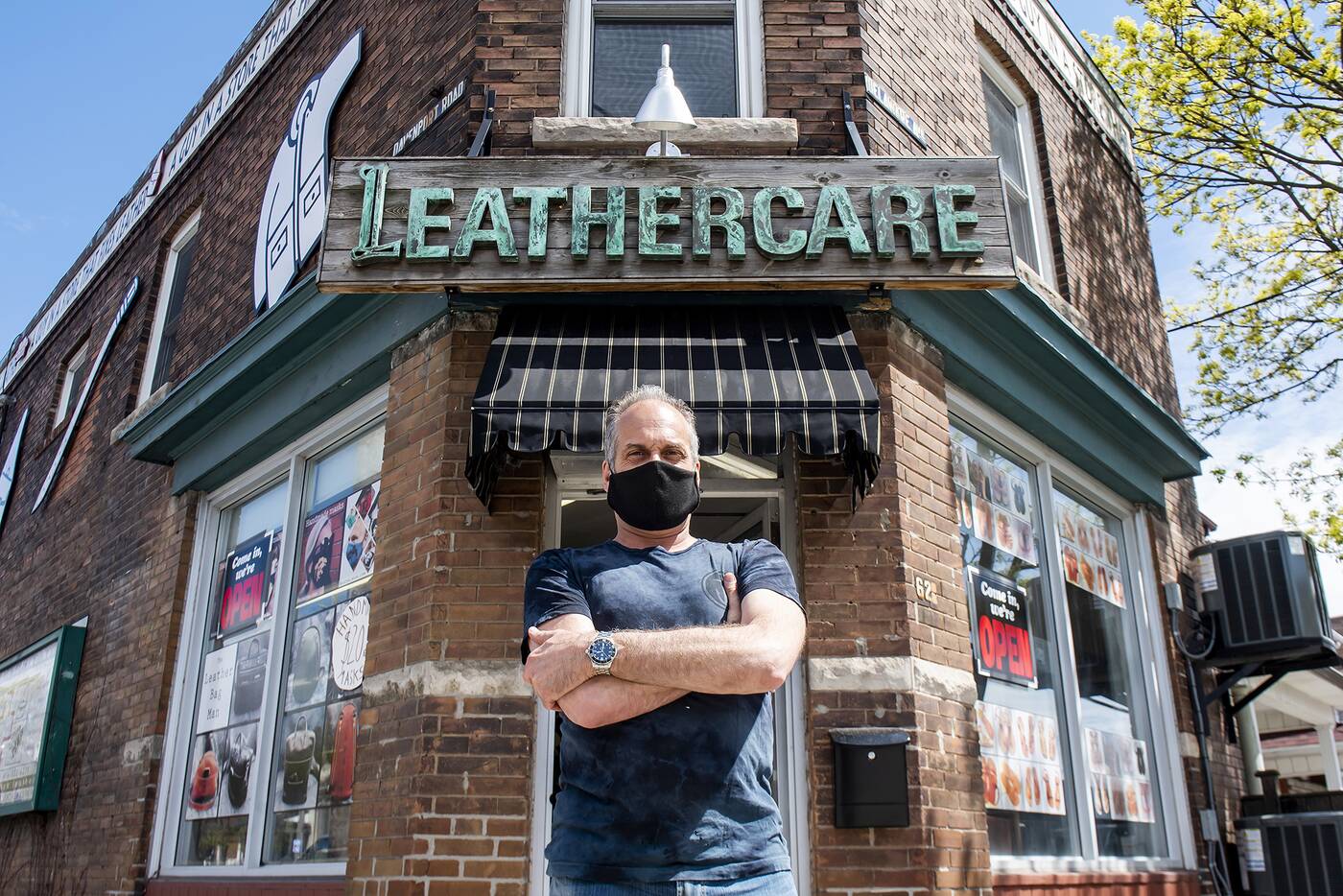 When the owner of the space passed away in his mid-80s, Bernatt originally thought he couldn't afford the space, but he says the owner's wife told him: "You can buy it from me, do whatever you have to do, I'll sell it to you." 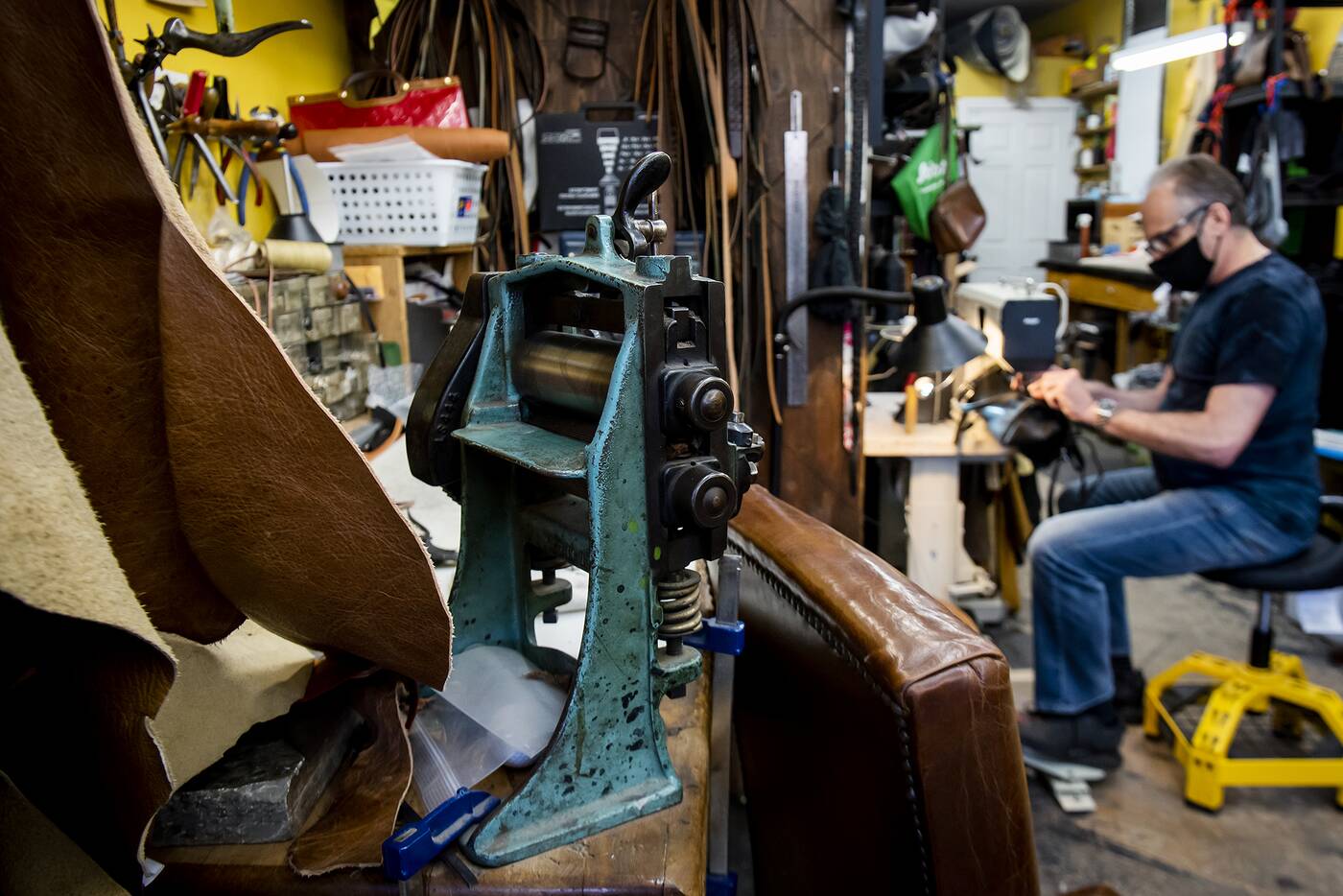 The Sandalman moved into the new Davenport location in 2001, and has been there ever since. 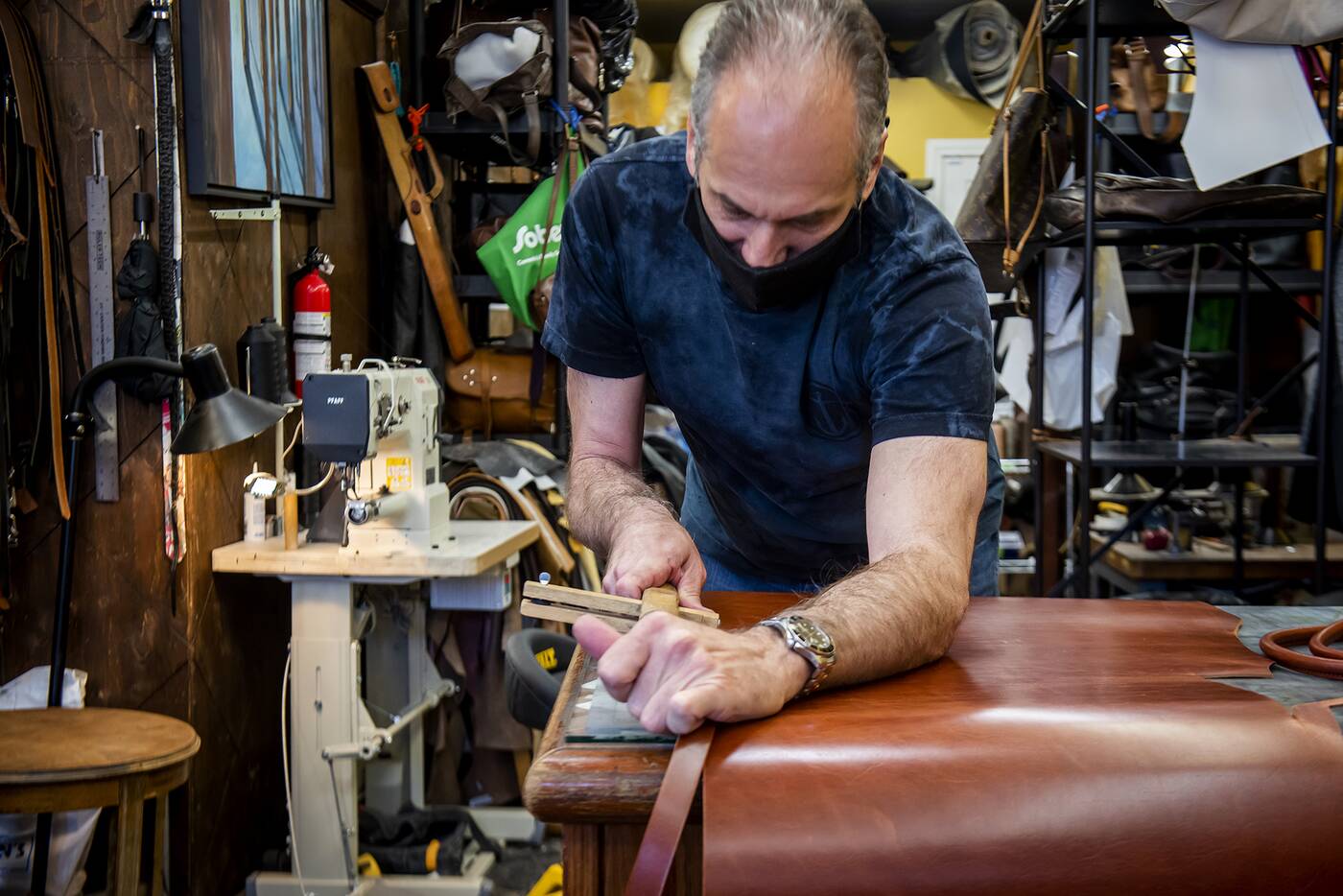 By this point, Bernatt is so experienced he can tell if a piece you're bringing in to have fixed up is Moroccan or Colombian leather based on factors like the odour, colour and tanning techniques.

You might recognize the bold black-and-white line drawings of Sandalman's branding depicting simple jackets, bags and furniture (his bread and butter when it comes to repairs), the name of the shop ballooning to fill sandal shapes for the logo. 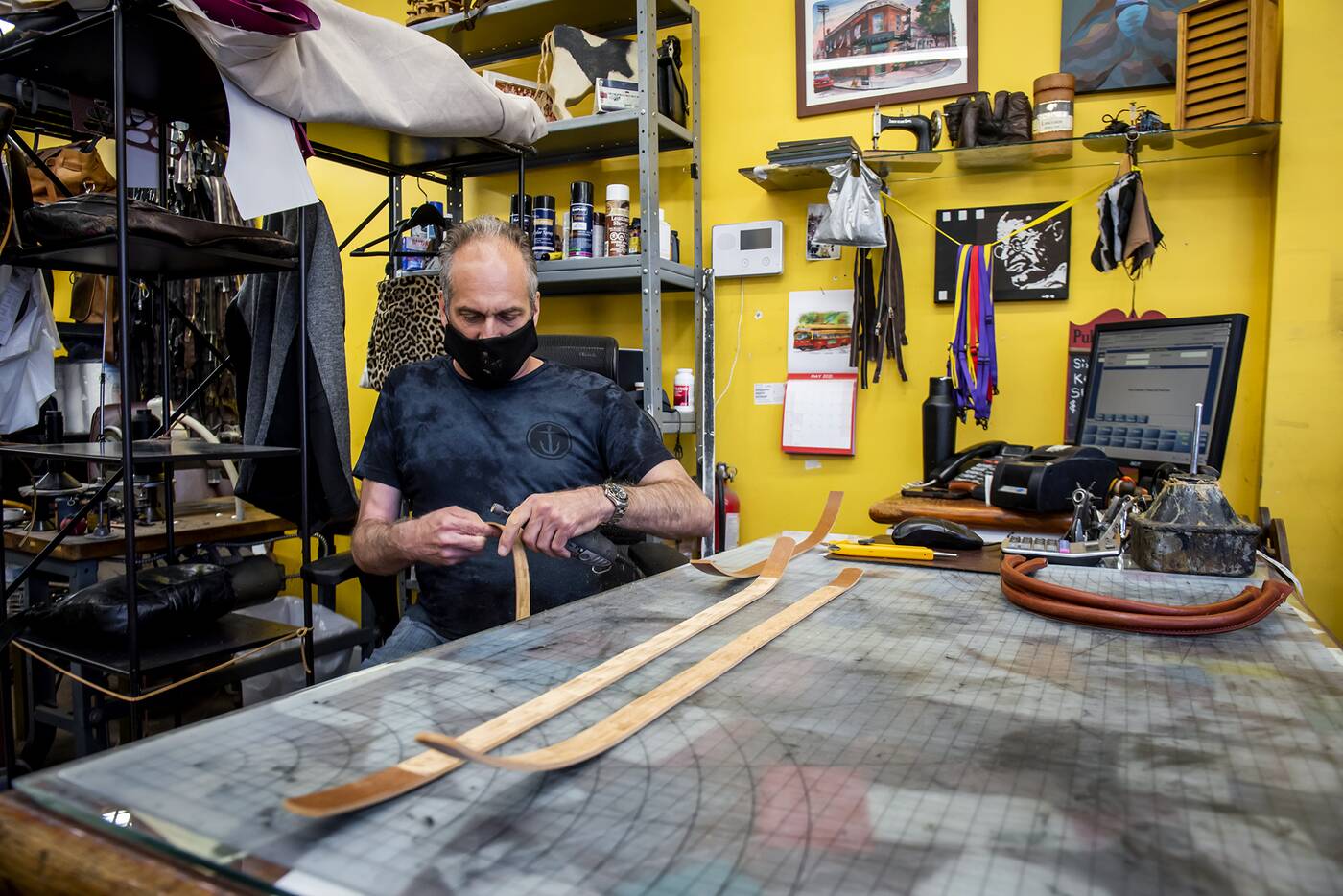 The simple branding concepts of "a guy in a store who fixes leather" and "bring us your sick leather" originated with a local ad agency that was offering free campaigns for small businesses. They came up with an idea of "bringing leather back to life" that stuck with Bernatt, and the rest is history. 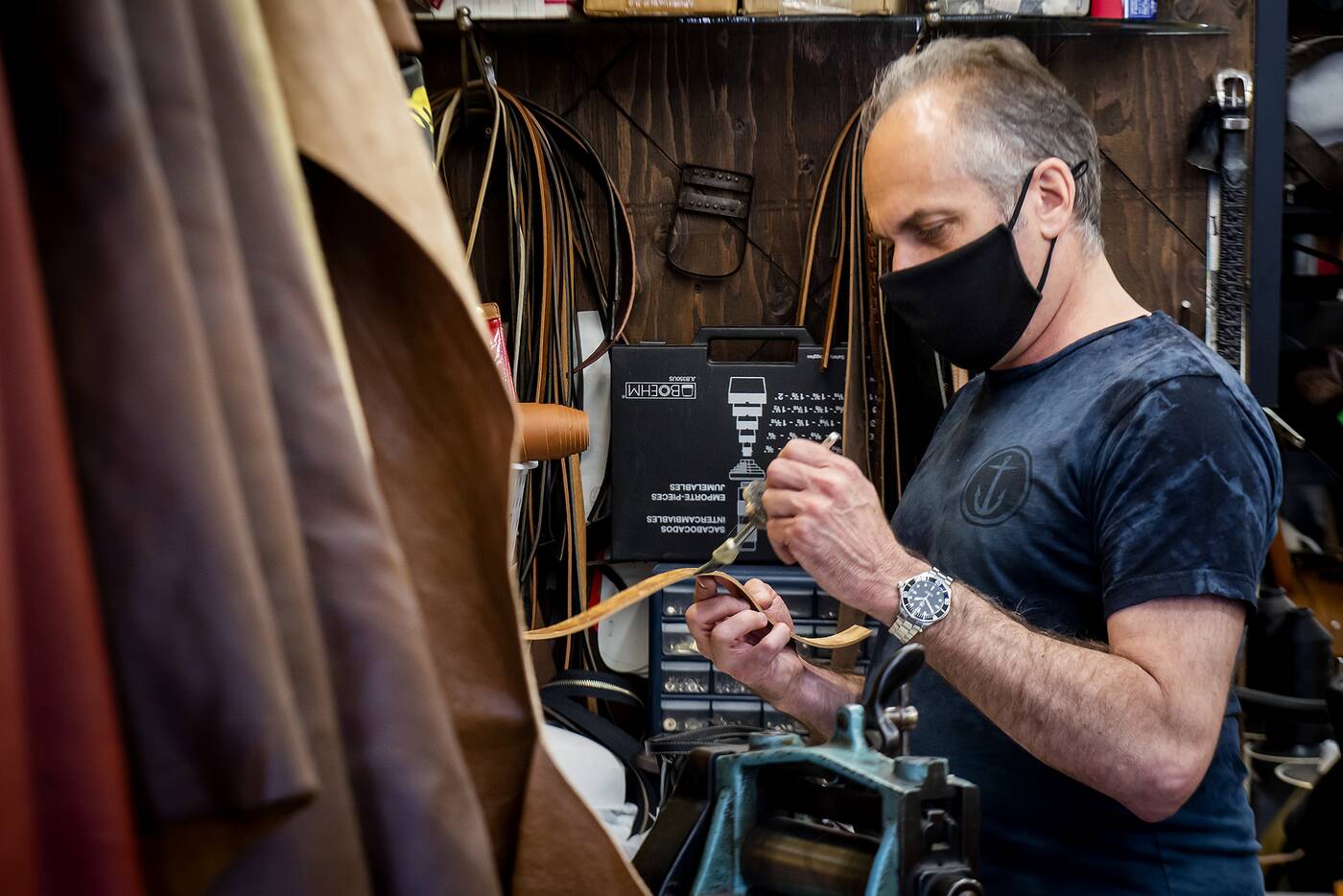 "People kept asking, what do I do," says Bernatt. "Sick leather, that was the thing that really did it for me. People could really understand that." 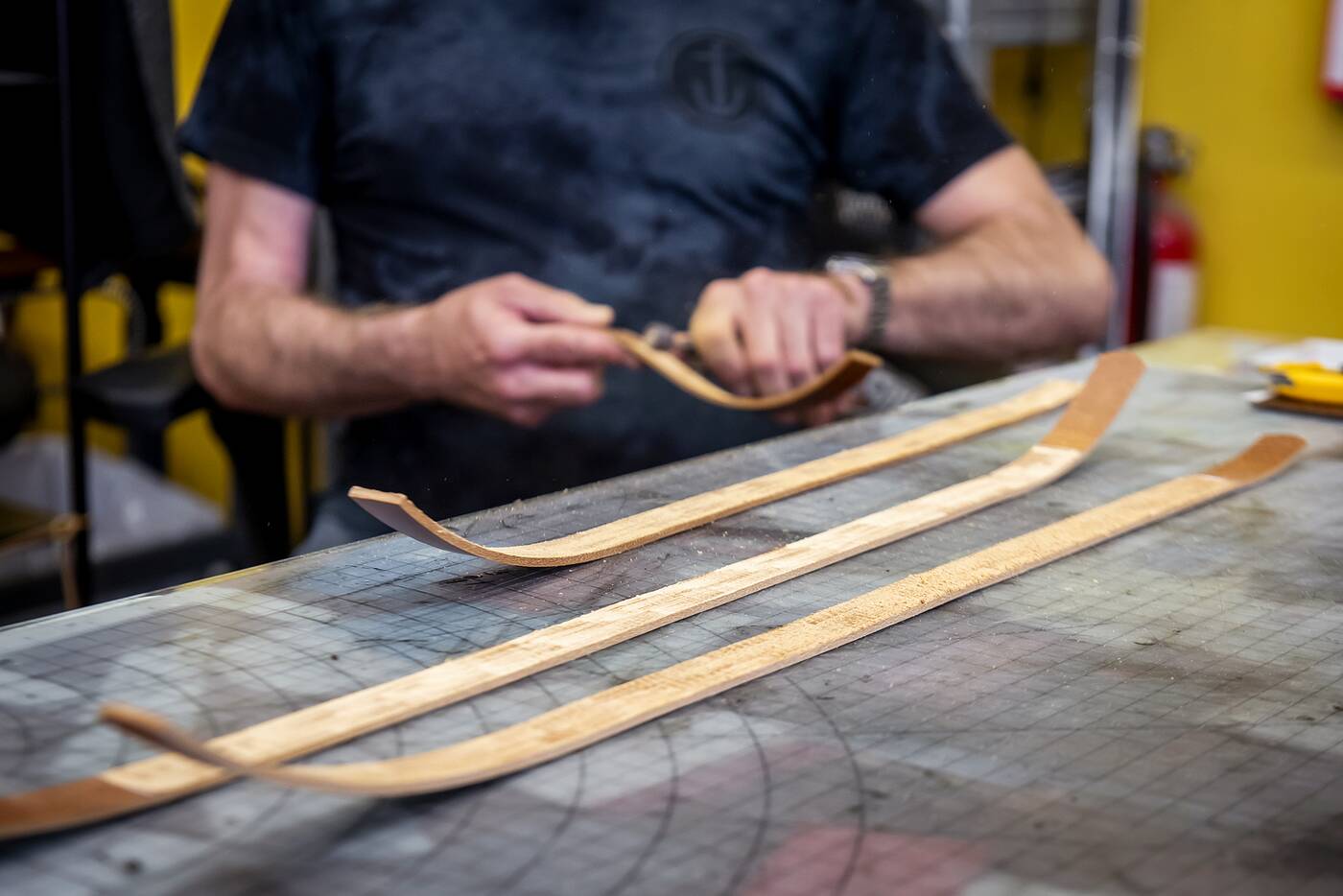 He's pretty much the go-to guy in Toronto for fixing and refurbishing any kind of leather, from designer handbags to favourite black leather jackets that have faded to grey, and also for teaching you how to fix and care for leather on your own. 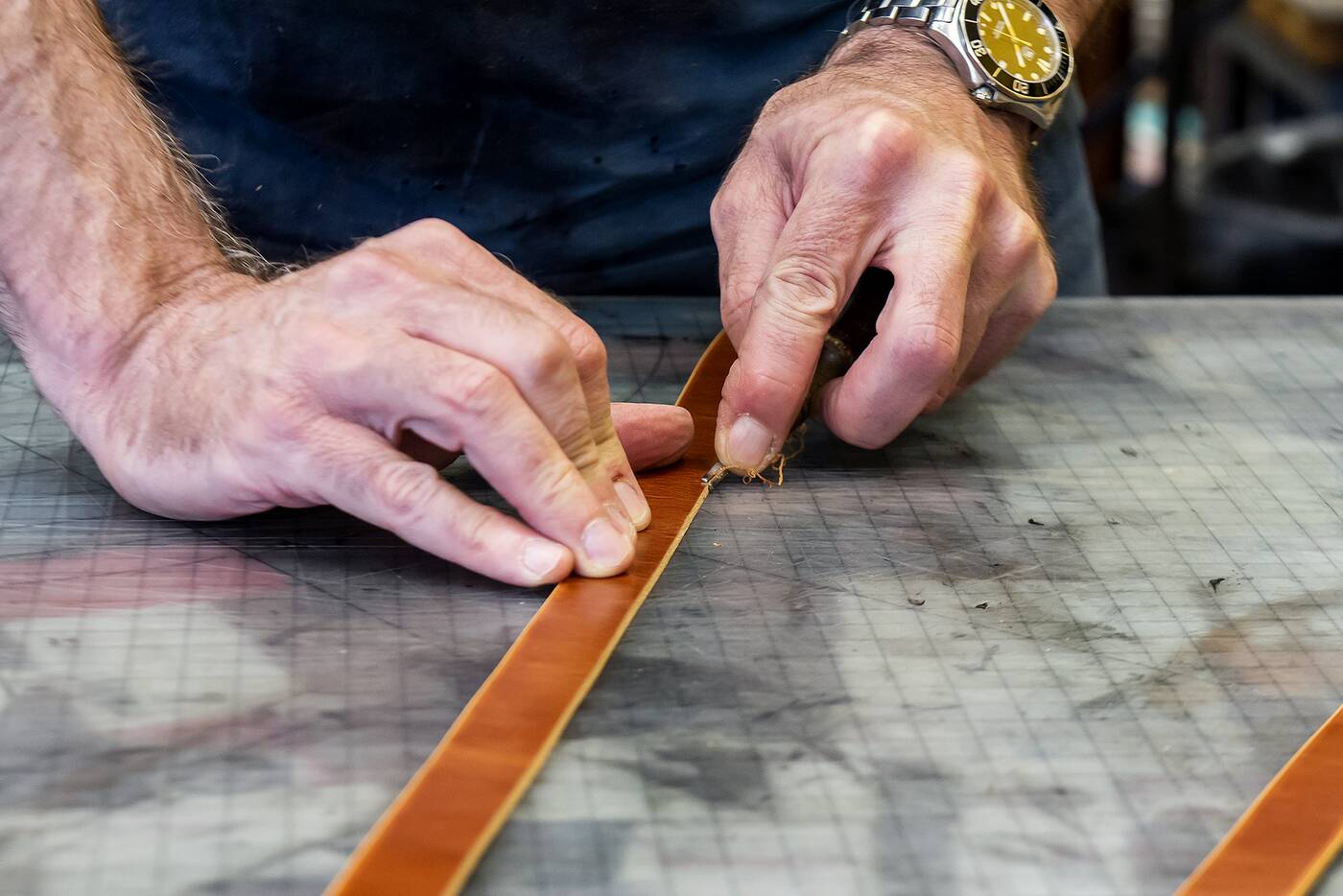 It doesn't stop there, though: He also makes custom pieces. Once, a customer brought in an old bag he wanted to fix for someone that couldn't be repaired due to mold. Bernatt recreated the bag exactly and even added extra features like multi-use straps, and made the bag big enough to fit a laptop. 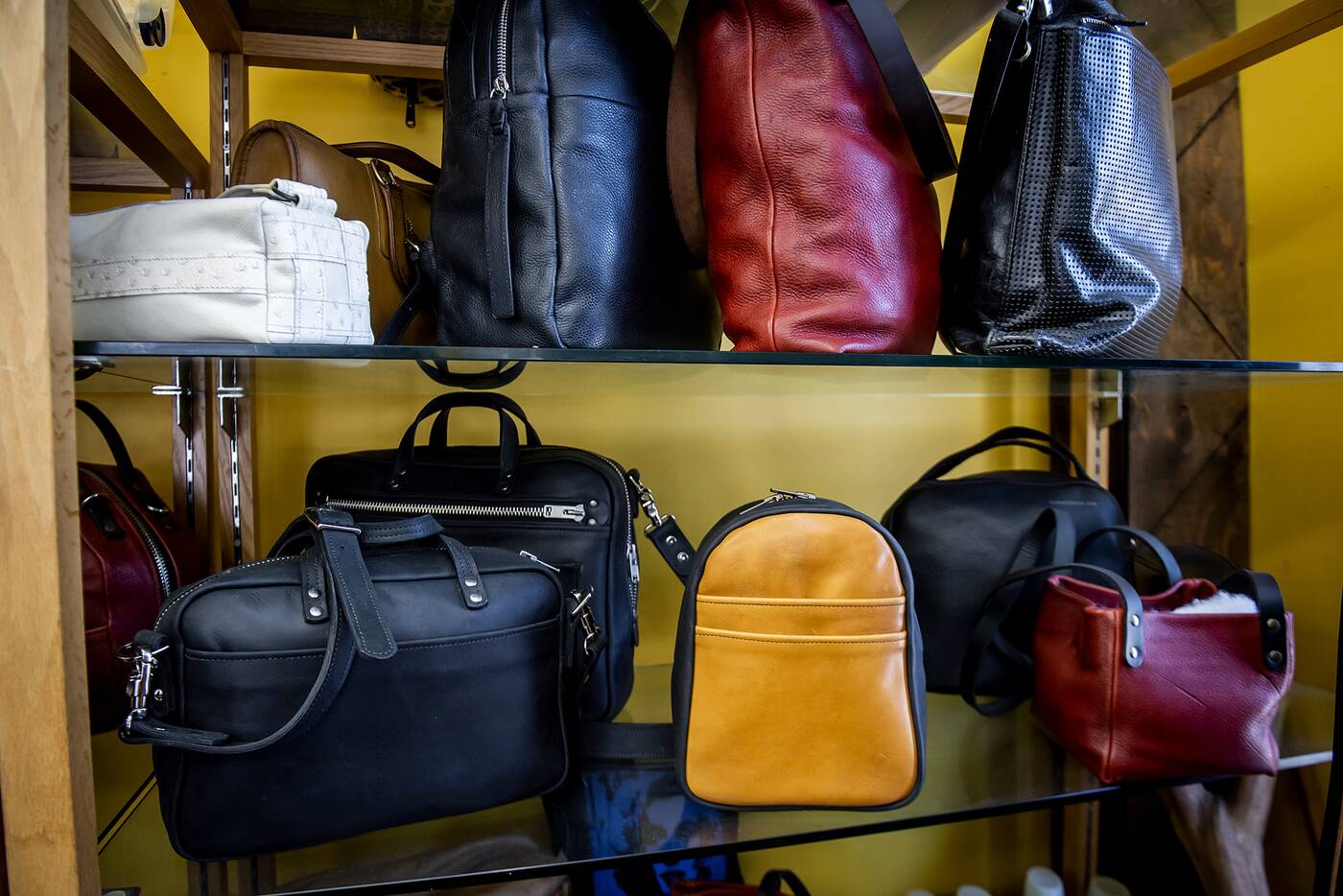 About two years ago Bernatt even came out with his own line of bags, which he designed not to break down as easily and to have parts that would be easier to replace, which is available on his Etsy shop. 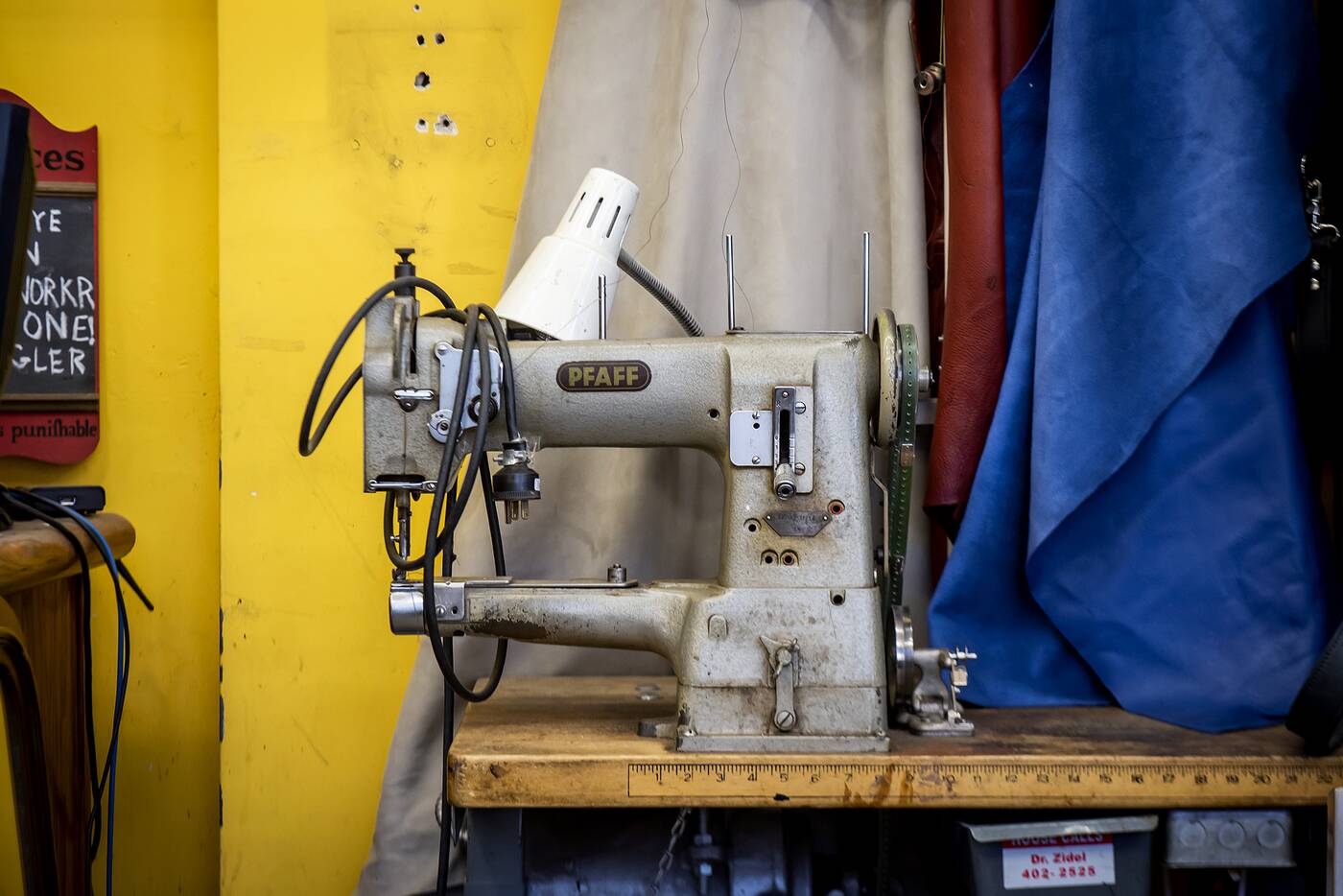 Through it all he's kept using his dad's Pfaff sewing machine, which he estimates is about 70 years old. 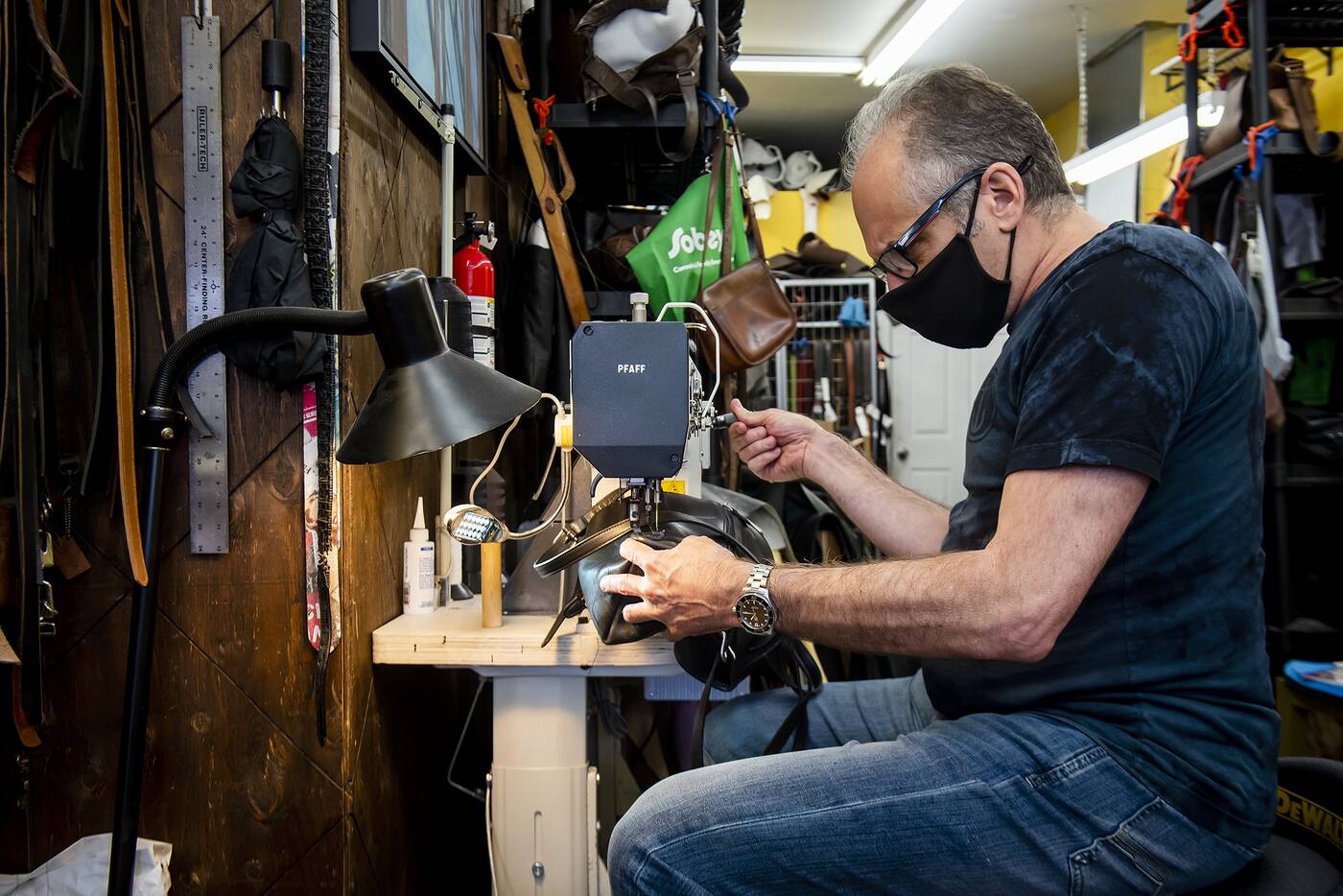 He bought a newer Pfaff machine about two years ago but still uses the older one for fine detailing in yellow thread on Louis Vuitton, and getting closer to narrow edges.

Though Bernatt has become a Toronto leather legend by following in his father's footsteps, he "never at all pushed the agenda of 'I want to have my kids learn what I'm doing.'" 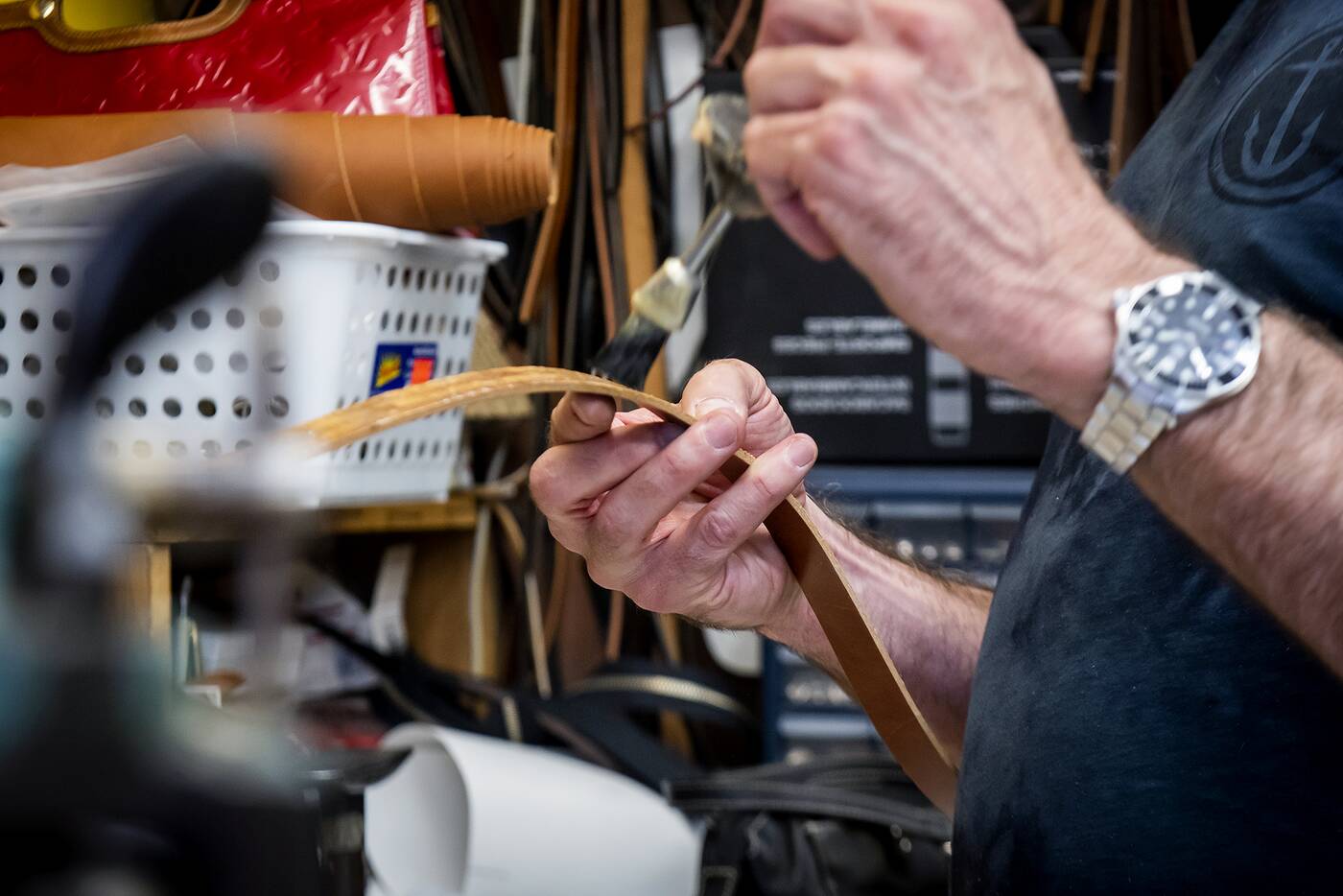 "I'm here to teach them," says Bernatt, but only if they want to learn, and in the meantime, he's satisfied teaching anyone else that wants to educate themselves on leather repair and care.

He has a 25-year-old and a 23-year-old who are both already employed in other fields, and an 11-year-old he says is interested in doing lots of different things. He figures the business won't stay in the family, and eventually he'll most likely sell it to someone interested in keeping it going. 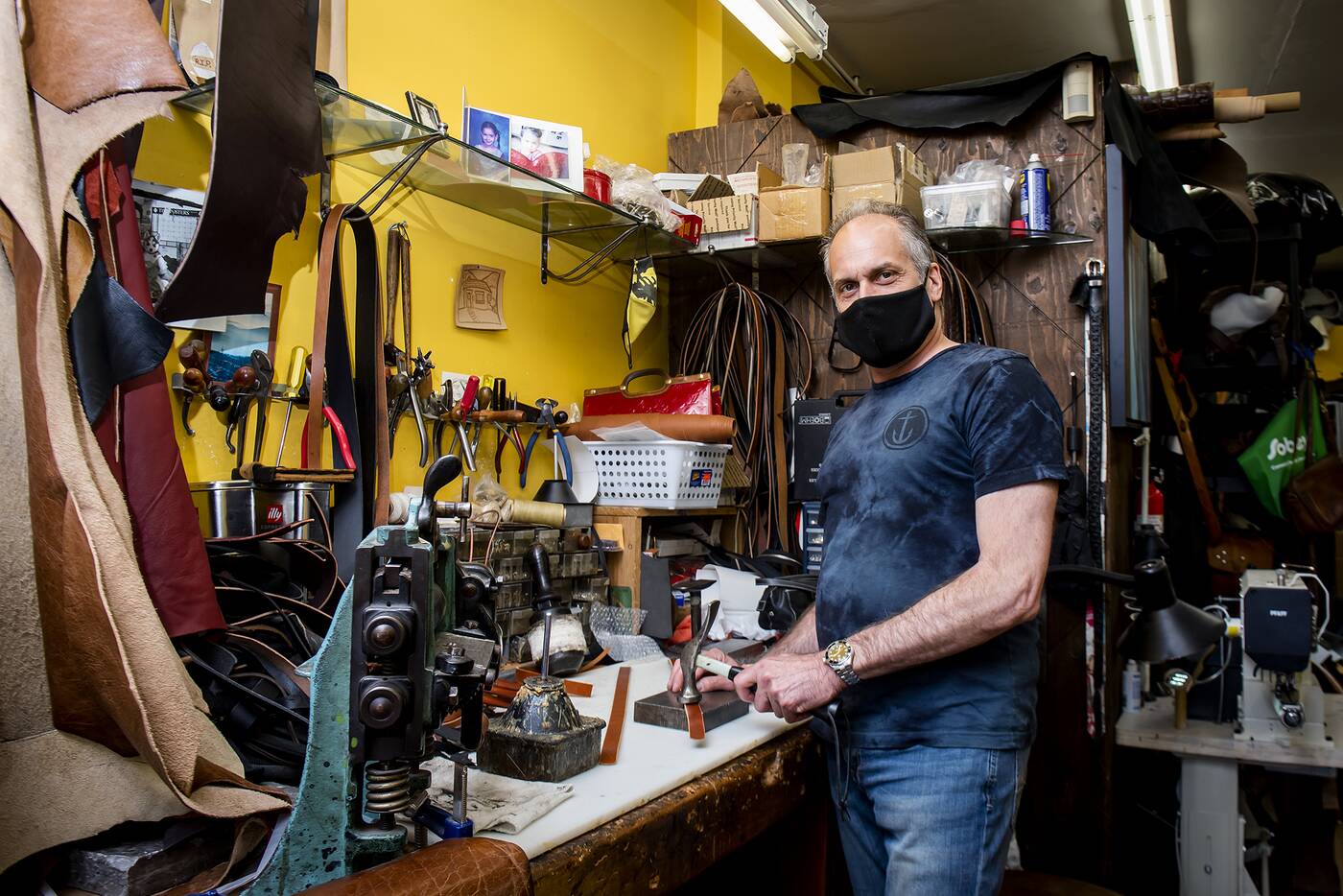 For the sake of all our sentimental leather goods, let's hope the shop has more a couple more decades left in it at least.