Umama Ahmed never expected to go from flying to going viral on TikTok for a skincare brand shared with her sister, but here she is.

Umama, 28, and Urusa, 26, started creating skincare tools inspired by their travels when Umama was grounded by Air Canada back in March 2020.

"I wasn't expecting for my dream to end so quickly," Umama says. Her last trip was to Dubai, and it marked only her first anniversary of becoming a flight attendant.

"I guess things happen for a good reason though," she says. 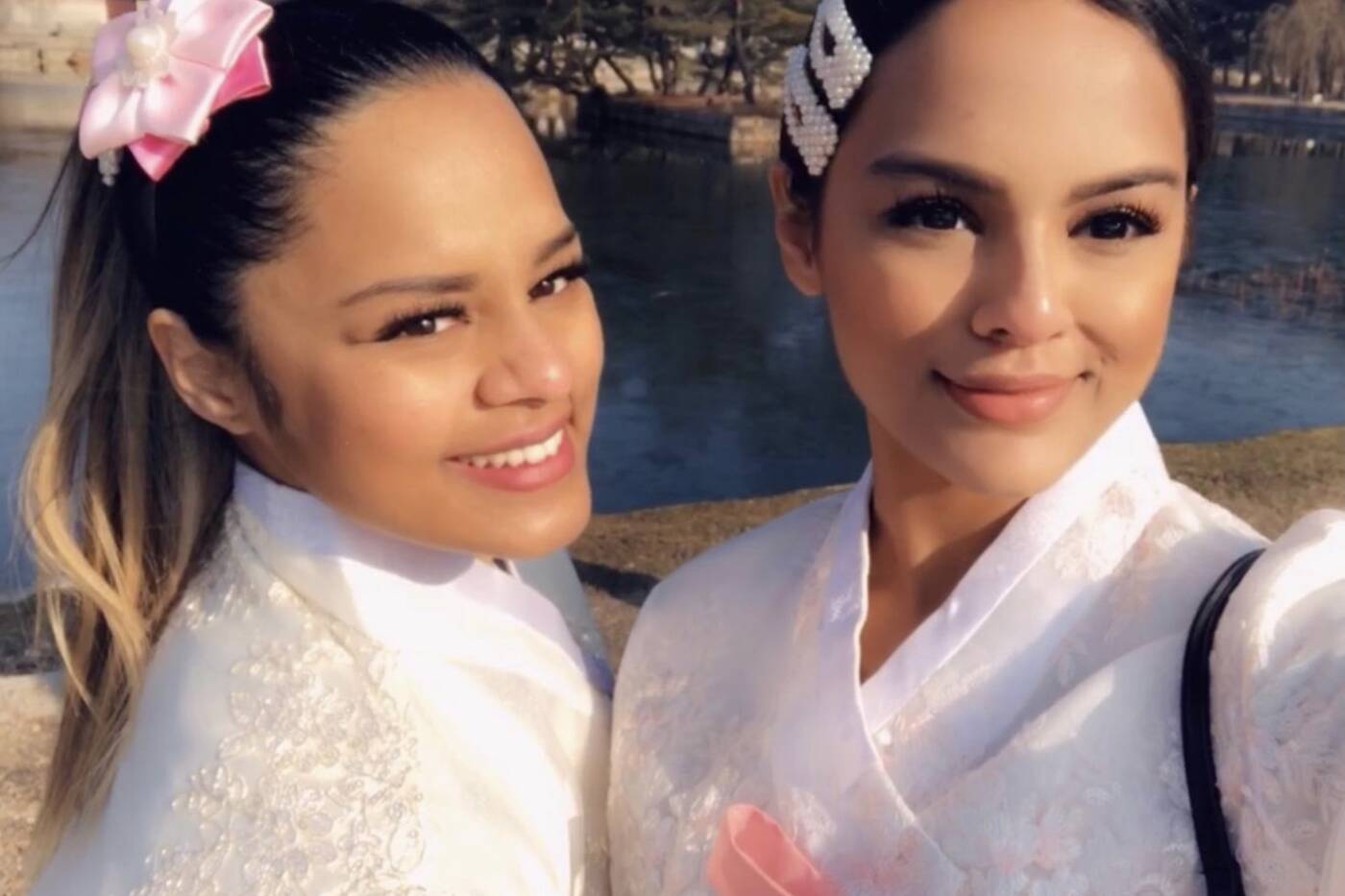 Umama and Urusa Ahmed on their last trip together in South Korea.

Included in the sisters' line, Glow Away Skin, is a body and face exfoliating mitt widely used in the Middle East and a set of gua sha and rose quartz rollers popular in Asian countries for centuries.

The sisters discovered both while travelling, which Umama often would bring her sister along for.

It was on their TikTok, which just started as a spot for them to post DIY face masks, that they first advertised the silk exfoliating mitt, which she'd first tried on a layover in Morocco.

The video blew up, getting nearly two million views and gaining them a following.

Since then, they've sold out four times over on orders of about 500 to 1,000 of the mitts that they import from Turkey.

"We weren't expecting to receive the large amount of response that we did," Umama says. "Ever since we've been sold out we've been getting a lot of orders. It's been exciting and stressful at the same time."

Eventually the pair plans to start creating their own skincare with ingredients like turmeric and oils from Bangladesh, where their family is from, to sell along with the already successful products.

But for now, they're just trying to keep up with orders, working late nights shipping their products all over Canada.