The owner of a barbershop located near the border of Toronto and York Region can only watch in frustration as her customers head north for a haircut.

The lockdown in Toronto has meant personal care services have been closed since Nov. 23. But now as neighbouring communities such as York Region and Durham Region reopen, Toronto residents are finding those services just a short drive away.

Bernadette Taggio, co-owner of King's Crown, a barbershop that has two locations — in Bayview Village Shopping Centre (opened 2014) and at Queen and Yonge (opened 2019), said her customers are heading up to York Region for haircuts as it is about a five-minute drive away from her Bayview shop.

"You can basically just go a block and get your hair cut," Taggio told blogTO. "Even the downtown location, you can just drive 20 minutes and get to a new region."

Taggio has been trying to manage the schedule and re-book appointments for the future as the lockdown continues, but many clients tell her they're going to head out of Toronto to get their hair cut. She has also seen line-ups outside York Region barbershops.

She says the restrictions placed on Toronto are frustrating.

"You just feel like you are unfairly being penalized because you happen to be on the wrong side of the street," she said.

Safety is important to Taggio and when the shop was allowed to open they enacted several measures including barriers between barber chairs, masks, sanitizing, temperature screening and disposable, one-use capes for clients. She said no COVID-19 cases were traced back to her shop. 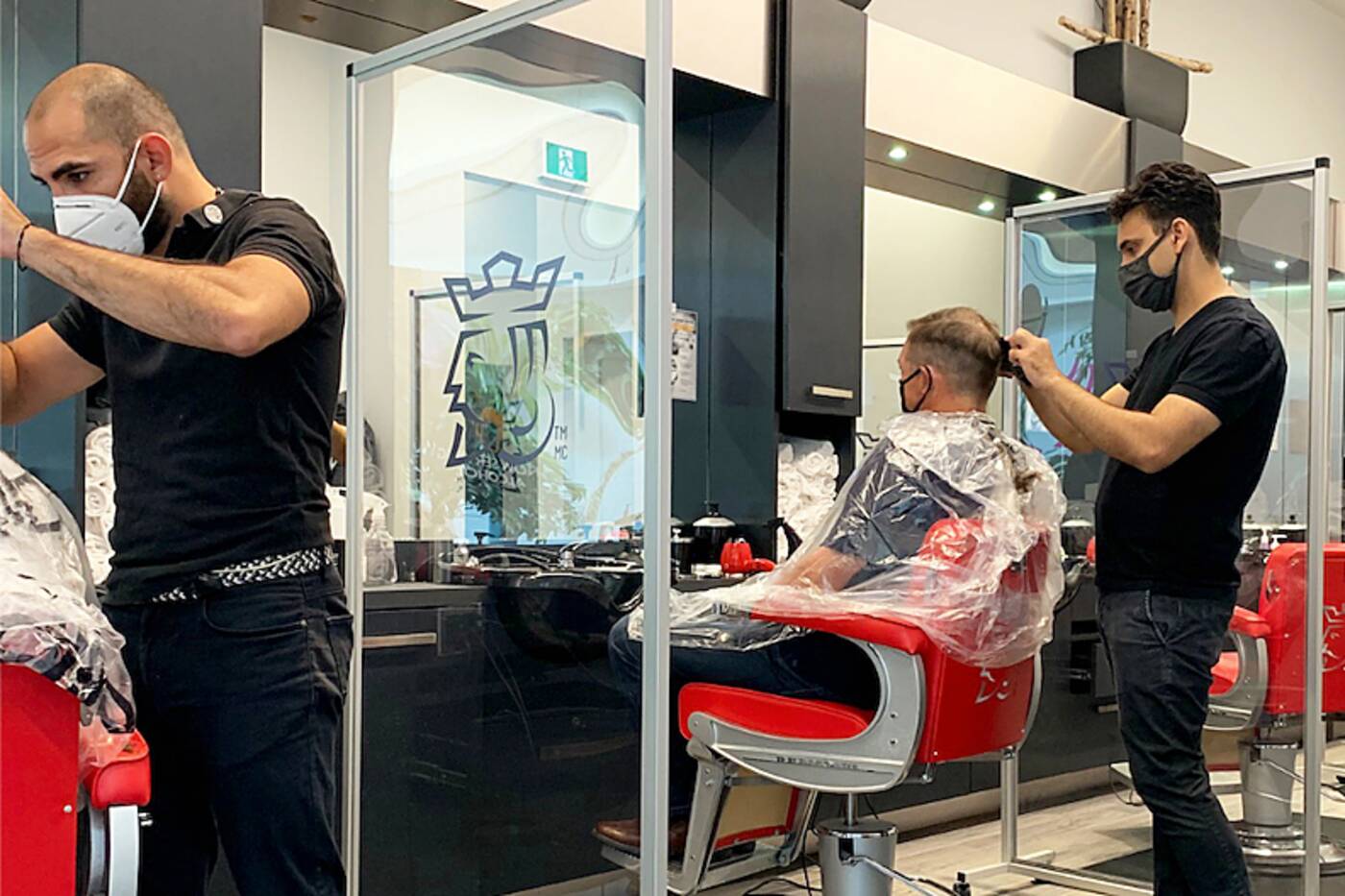 Kings Crown installed dividers and had one-use capes as part of their safety measures when they reopened last year.

With other regions opening now, however, customers are heading out of town.

"We are just basically flooding the surrounding regions," she said.

Toronto is trying to discourage people from travelling outside of the city but it doesn't seem to work.

"I don't think they realize how much regional hopping is happening."

King's Crown missed the busy holiday season and much of the business of 2020.

"I have been closed more days than I have been allowed to open, Taggio said.

The stress of being closed while bills are coming in is mounting. King's Crown is staying afloat with government funding programs and pivoting to an online business selling personal care products, but Taggio said their primary business is services.

Ontario has had a year to figure out how to manage the virus, she added.

"Honestly, I feel like our approach isn't any more strategic, it has just been a complete shutdown."

She added that the regional approach doesn't seem to make much sense and is unfair to business owners in Toronto.

"The regions are just far too accessible to one another so people are just moving around."