A Toronto dog has built up a portfolio of brand deals and fashion shoots that some models can only hope for.

Iggy Joey is a six-year-old Italian Greyhound who gained fame thanks to her extremely popular Instagram page. To date, she boasts over 80 thousand followers on that platform alone. 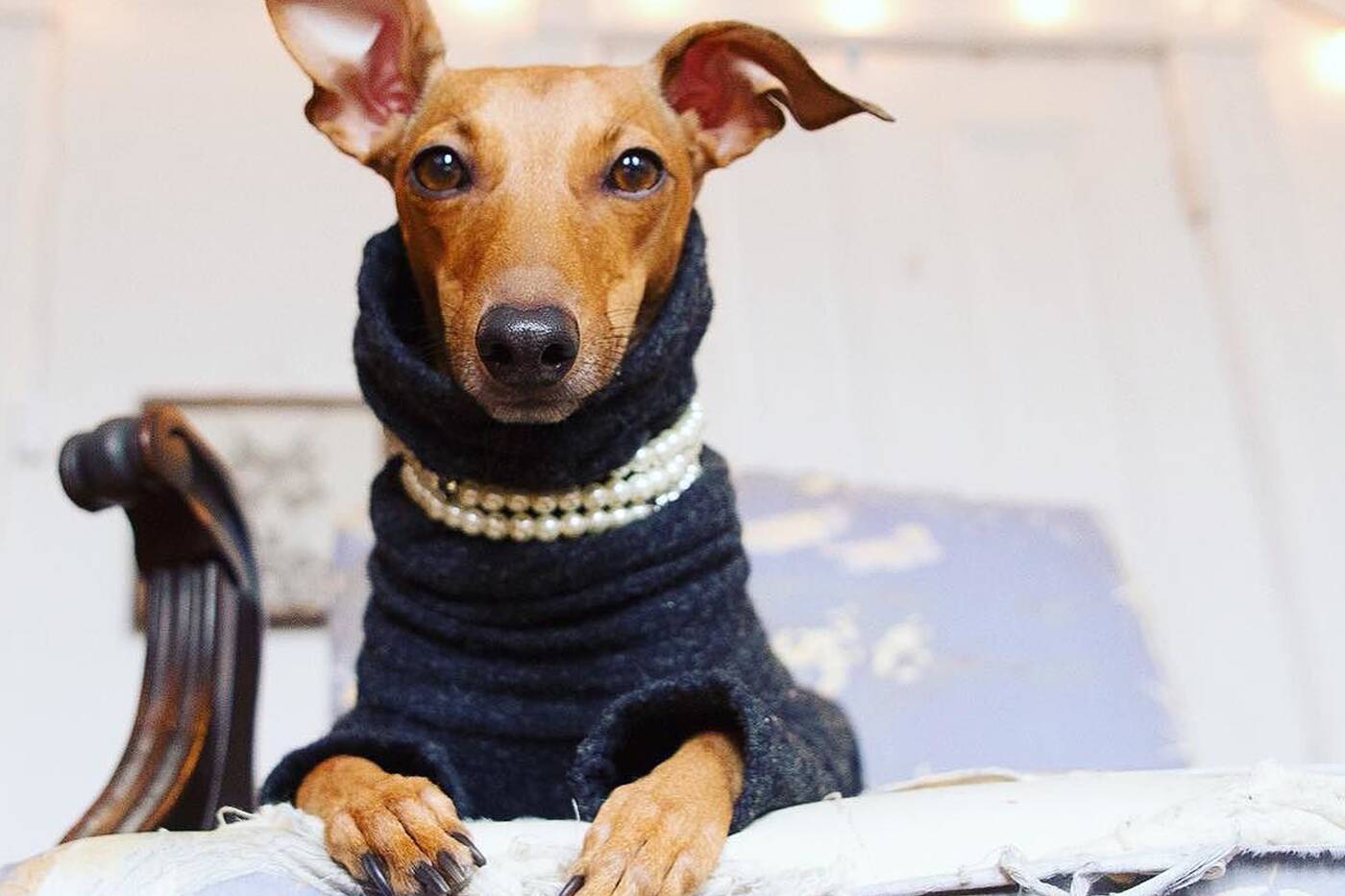 Iggy Joey is known for her fashionable outfits and adorable poses.

In her short lifetime, Joey has already walked a runway in New York, modelled in Israel and stared in a Mercedes-Benz commercial. But it's Joey's owner Lyndal Moody who is truly the mastermind behind this success.

She told blogTO that despite the current fame, Iggy Joey comes from humble beginnings. Moody, originally from Australia, moved to Toronto 10 years ago. 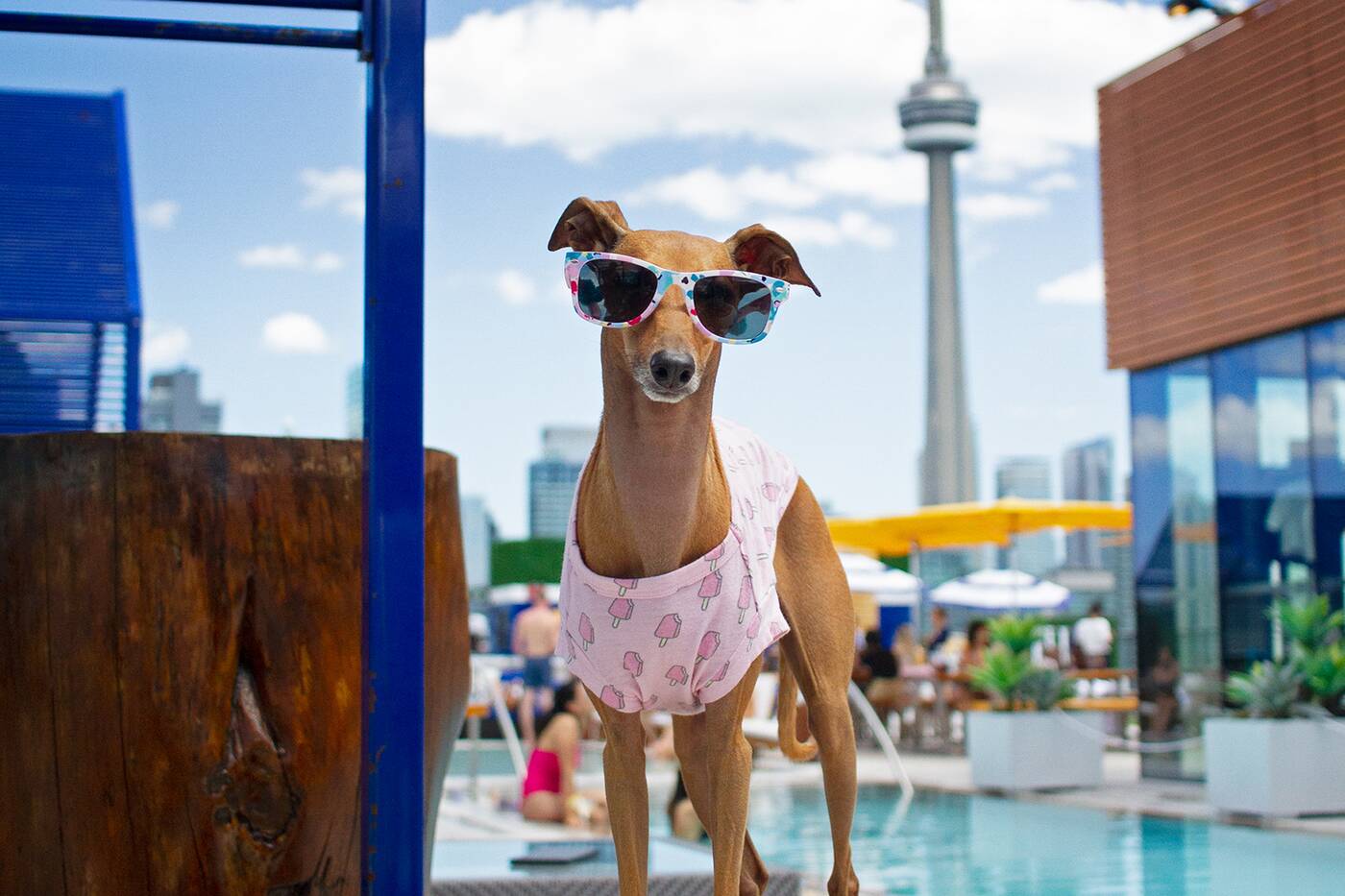 Like many celebrities, Joey is often spotted at some of Toronto's coolest spots.

"Seeing all the dogs in their little winter booties really made me want a dog. So I did my research and also did a lot of quizzes online to see what kind of dog would suit my lifestyle and I kept coming up with Italian Greyhound," she said.

After doing her research, Moody welcomed Iggy Joey home in 2014. It was only two weeks later that she found out her so-called breeder was actually running a puppy mill. 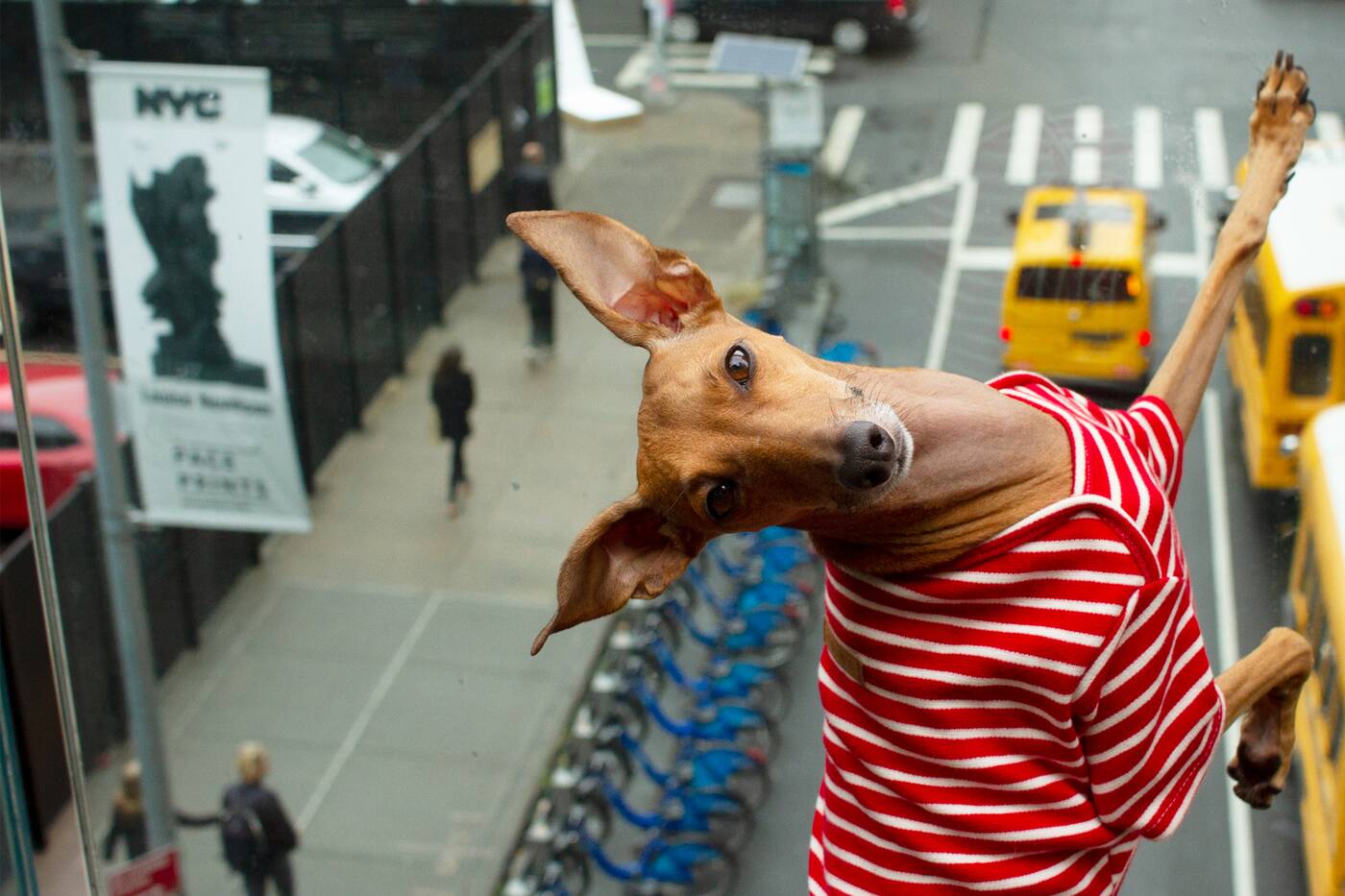 Iggy Joey striking a pose on a trip to New York City.

She told us that 149 other Italian Greyhounds were seized previously from the breeder and placed into new homes.

Luckily Iggy Joey fell into Moody's hands, and her life has been quite the journey ever since. Moody explained that she had no plans on having a famous dog, but it happened almost by accident.

"I had no idea that dogs having Instagram was even a thing," she said. "After posting some photos of her on Instagram I uncovered a whole world out there that I didn't know existed.” 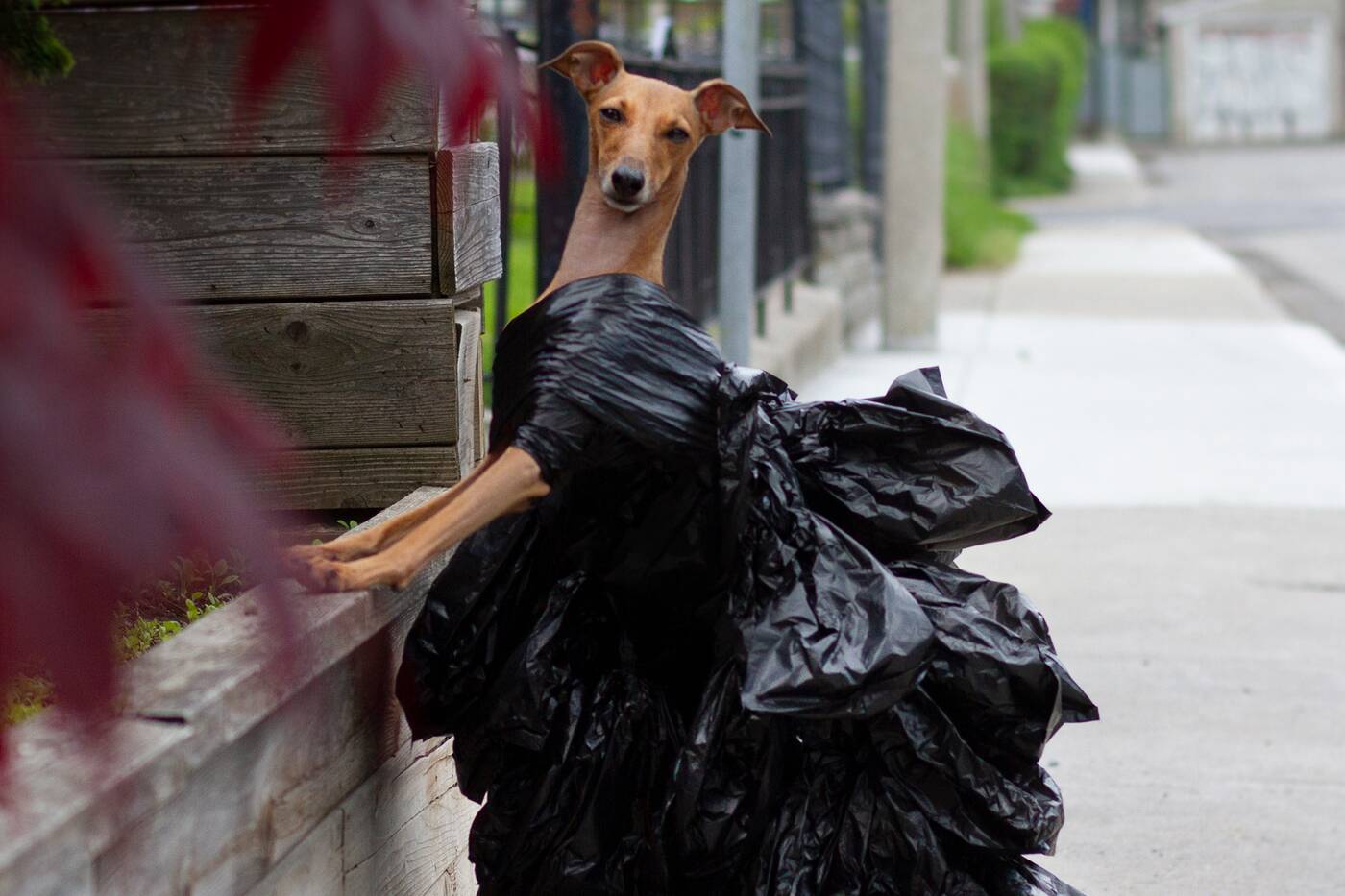 "She was probably one of the first Italian greyhounds to have Instagram. There were some out there, but no one was taking photos and creating content like we were. So I think we were kind of lucky that we got on it early on," said Moody.

Since then her Instagram page has taken off. It has led Iggy Joey to secure deals with pet food and apparel brands, and even one for humans.

"I think hands down her biggest accomplishment was modelling for a Zara shirt. The company bought about 26 thousand shirts with Iggy Joey dressed like Britney Spears on them. They were sold at Zara stores all over the world," said Moody. 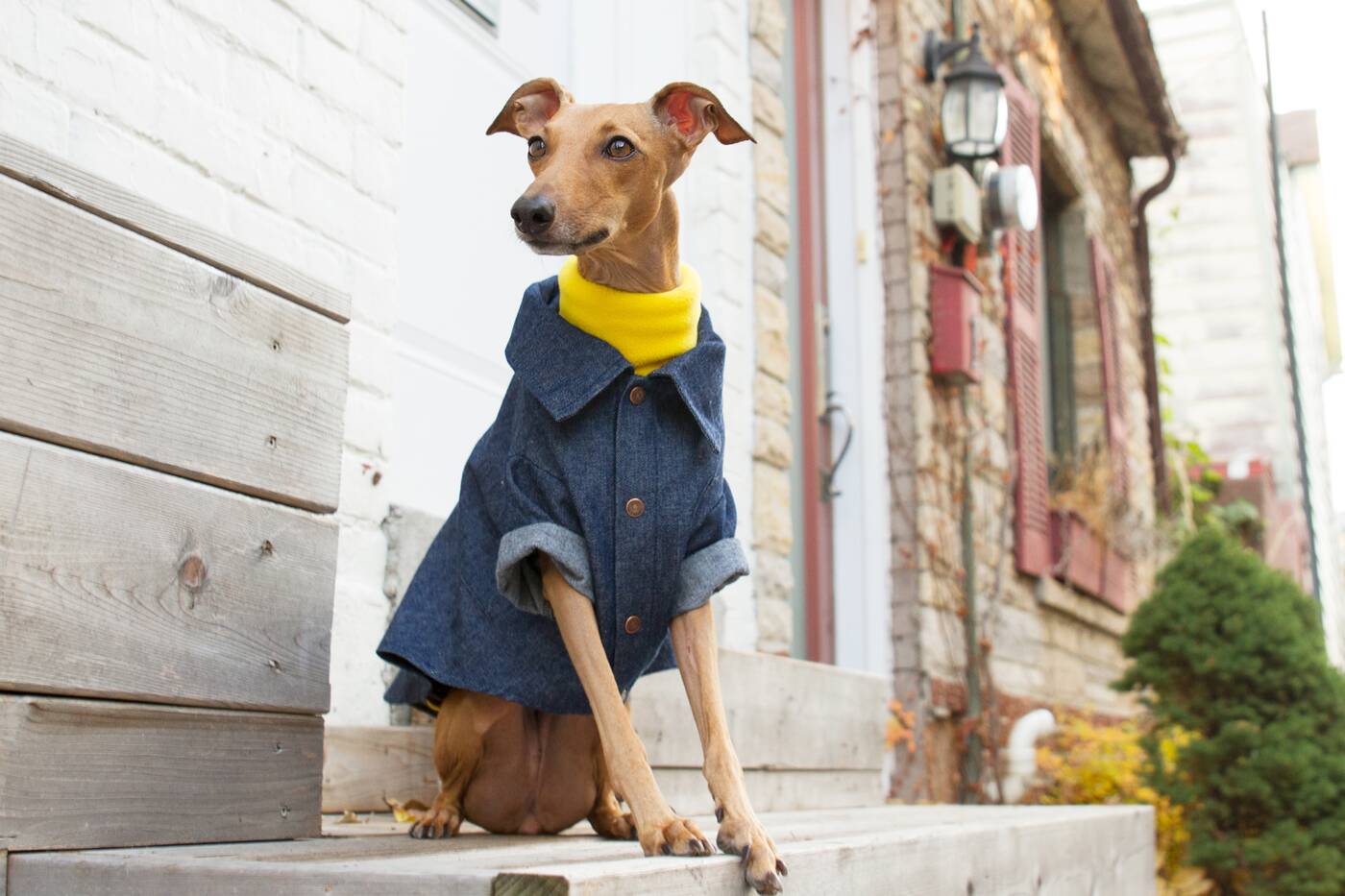 The Italian Greyhound seen in a yellow turtleneck and denim jacket.

Currently, Moody has taken on the role of running the Iggy Joey brand, but she is no stranger to the media industry. With a degree in digital media production, she was most recently working as a marketing director at the Canadian Reptile Expo.

While Moody covers all of the behind the scenes work, Iggy Joey really is the star of the show. 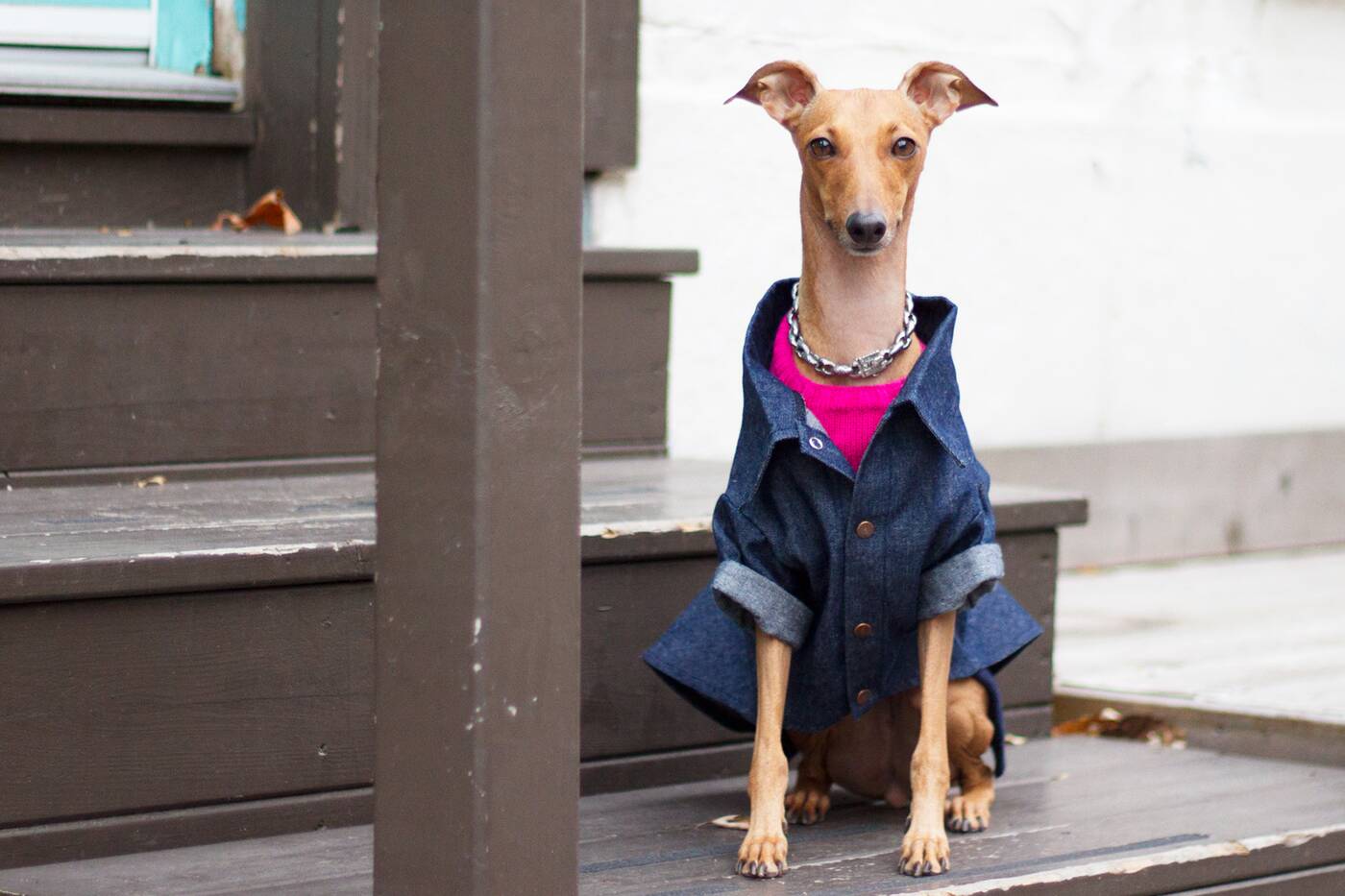 Iggy Joey is rewarded with food and treats after her shoots.

Moody says that Joey is extremely motivated by food, to the point of doing almost anything for an extra treat, a characteristic that her fur-sister Anna does not share.

While Moody has set up an Instagram for Anna, it has not yet reached the success of Joey's.

It was actually Joey's fans who helped raise the money to bring Anna over from Korea. "They were going to eat her in Korea, she was living on a dog meat farm," said Moody.

Now the trio use their platform to encourage others to do their research before getting a dog, consider rescuing, and be wary of questionable sellers. 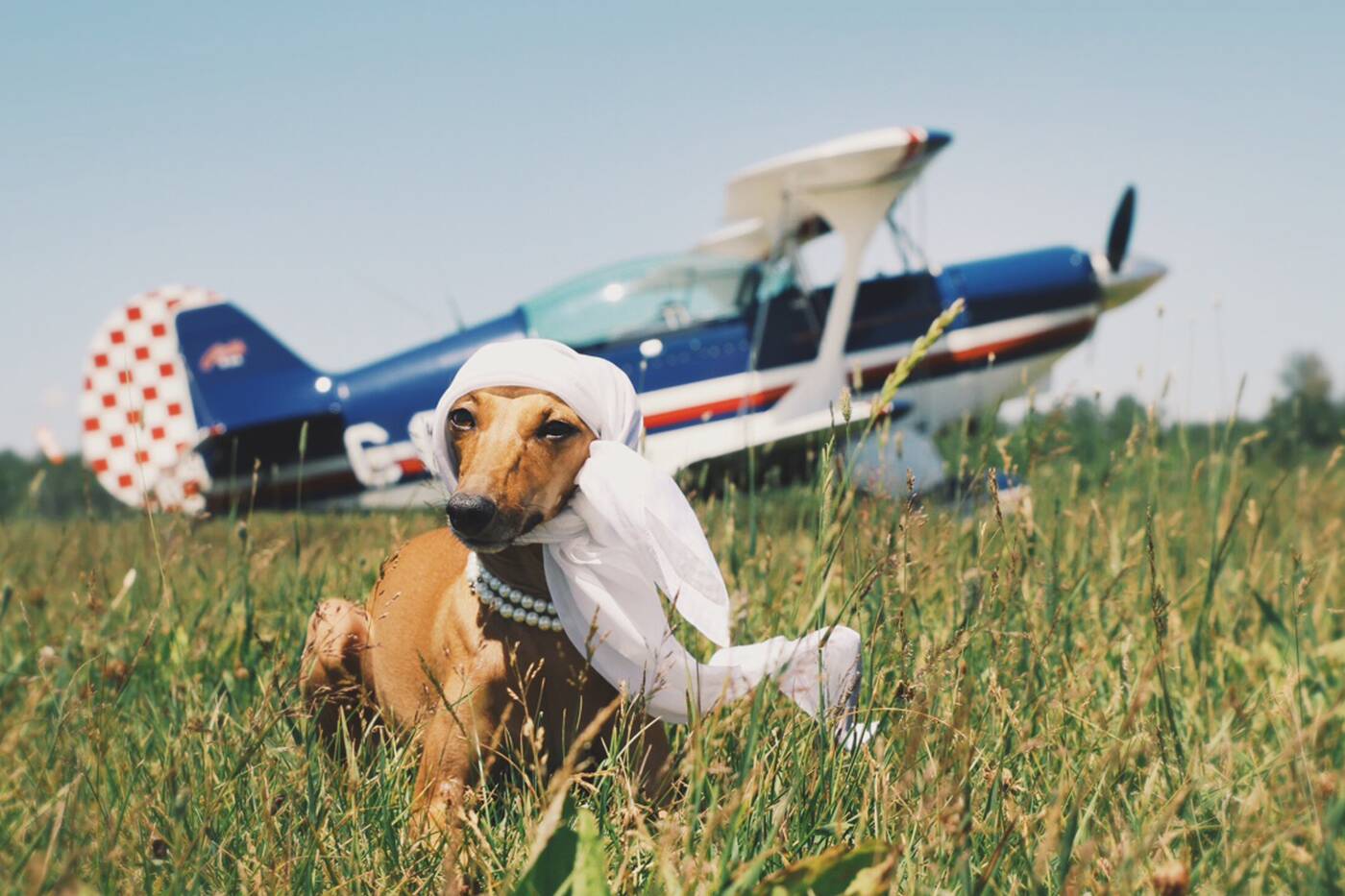 Joey and her owner hope to continue growing her modelling portfolio in the coming years.

As for what's in store for them next, the two are dreaming big.

"The future is so unknown at the moment. I guess our mission is just trying to make people smile and get through these hard times. Ultimately I guess we'd love for Joey to be an internationally recognized brand. Maybe with a luxury jet or something," she said.