Amidst shops shuttering across the city, Thom Browne has made a move into Yorkdale Shopping Centre with a new 1,430-square-foot boutique.

This marbled store in Yorkdale's new luxury wing marks the brand's fourth North American location, though the label can be found in stores like Holt Renfrew, Harry Rosen, and Ssense. 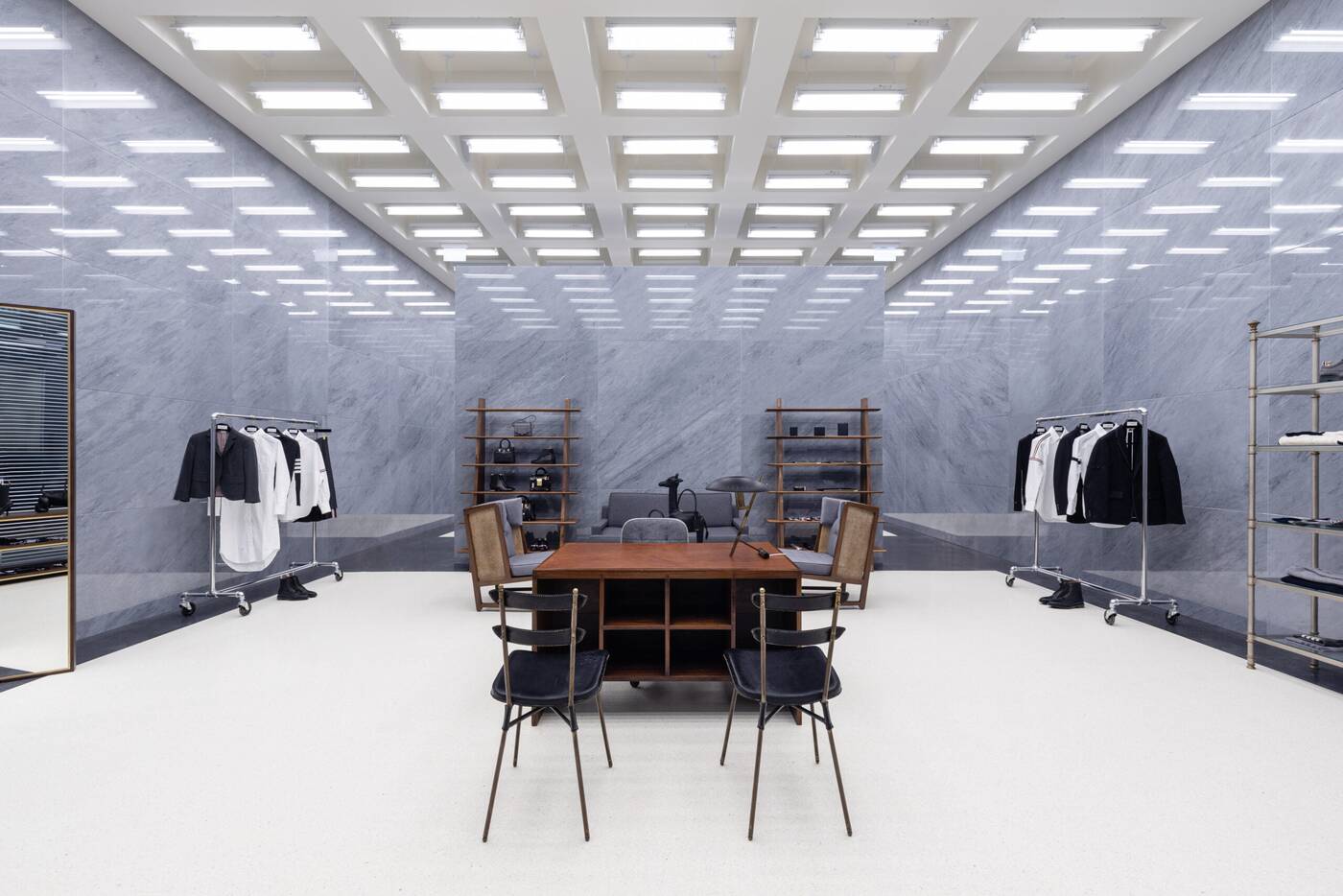 There are also plans to expand with a location in Vancouver.

Founded in 2001 by New York designer Thom Browne, the brand is known for its slimfit menswear designs and ready-to-wear suits.