The Toronto guys behind Brokinis are making their Dragons' Den debut

If you're a fan of Brokinis, the one shoulder bathing suit for men created by Toronto guys Chad Sasko and Taylor Field, there's some good news in an otherwise dreary week.

The duo are set to make their Dragons' Den debut next week.

Sasko and Field launched their men's bikini line this past summer and have seen a significant rise in business since being featured in blogTO in August.

"That blogTO post went out and it just got picked up from there and so we sold out of out inventory in two days. Since then, we've been working furiously to get new inventory in," Field told blogTO.

"We have three new patterns, we originally started with two, and are up to five total now."

In additon to selling out their stock, Field and Sasko were asked to appear on Dragons' Den.

"Brokinis went viral and then a couple days later, one of the producers from Dragon's Den reached out to us about coming on the show," Field said.

"We were still new and just launched and we didn't think we were ready to pitch on Dragons' Den. But we decided to go for it, we thought it would be fantastic life experience to say we pitched on Dragon's Den."

Their appearance on the show will air on Nov. 26, and Field confirmed that he and Sasko were asked to wear the Brokinis on national television. 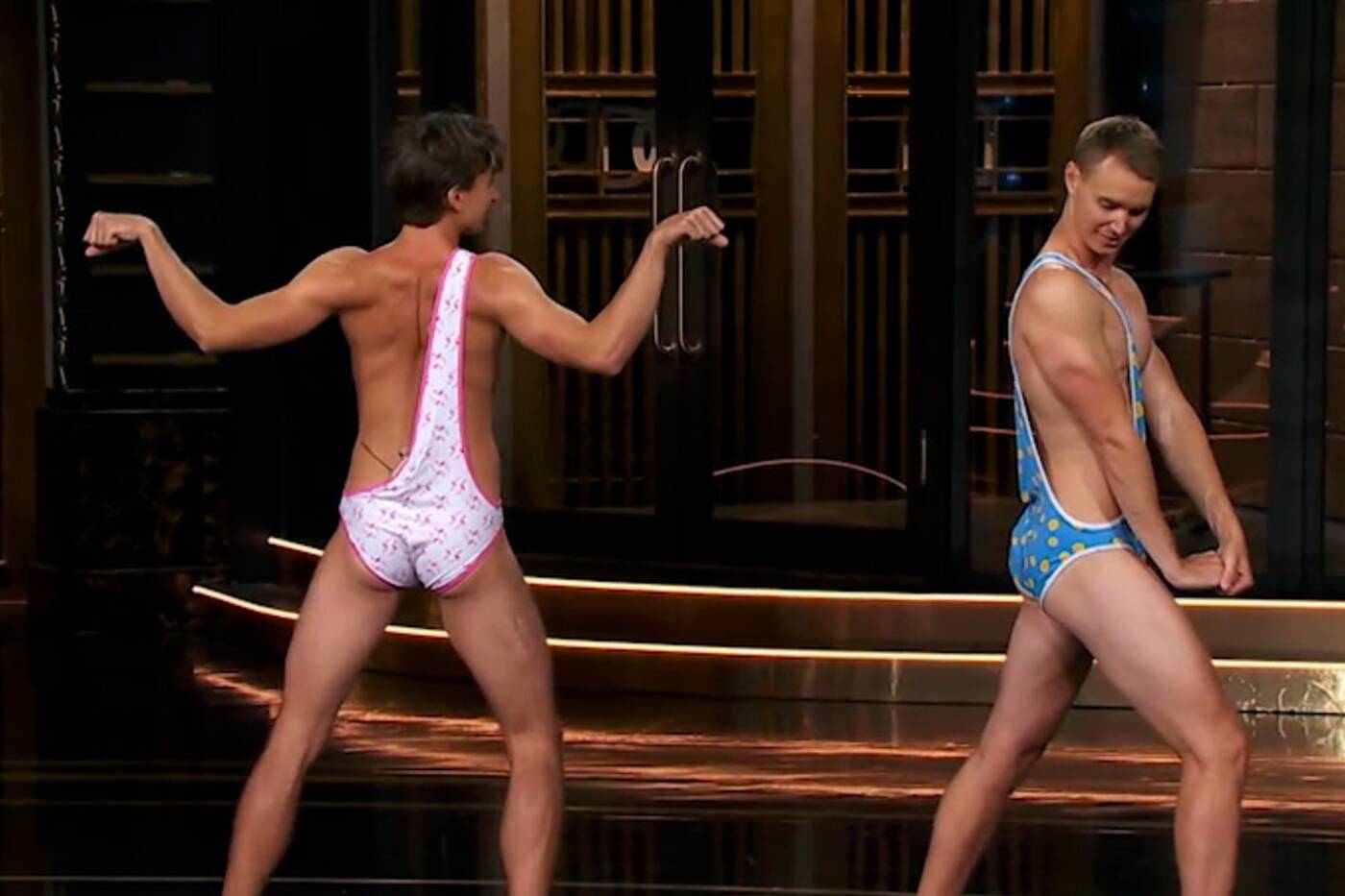 A sneak peak of their Dragons' Den appearance.

"It was a lot of fun, super entertaining and we don't think the Dragons had ever really seen a pitch like that before," Field said.

"We'd already embarassed ourselves all over the world wearing Brokinis, so that was nothing that was too scary for Chad or I."

The episode was filmed in August, but Field said that all the proper COVID-19 precautions were in place.

"On Thursday Nov. 26, all of Canada can revel in our parents' shame," Field joked.