Last Friday, as part of the Stage 2 of the province's restart phase,  barber shops and hair salons were officially given the green light to open in some parts of Ontario and the reaction is pretty much what you would expect.

"You could say busy... or crazy. It's like when a new iPhone comes out," said Rick Jeffries, a husband of one of the barbers who works at Dino's Barber Shop in Kingston, Ontario.

He's volunteering there at the moment because it's been so hectic. 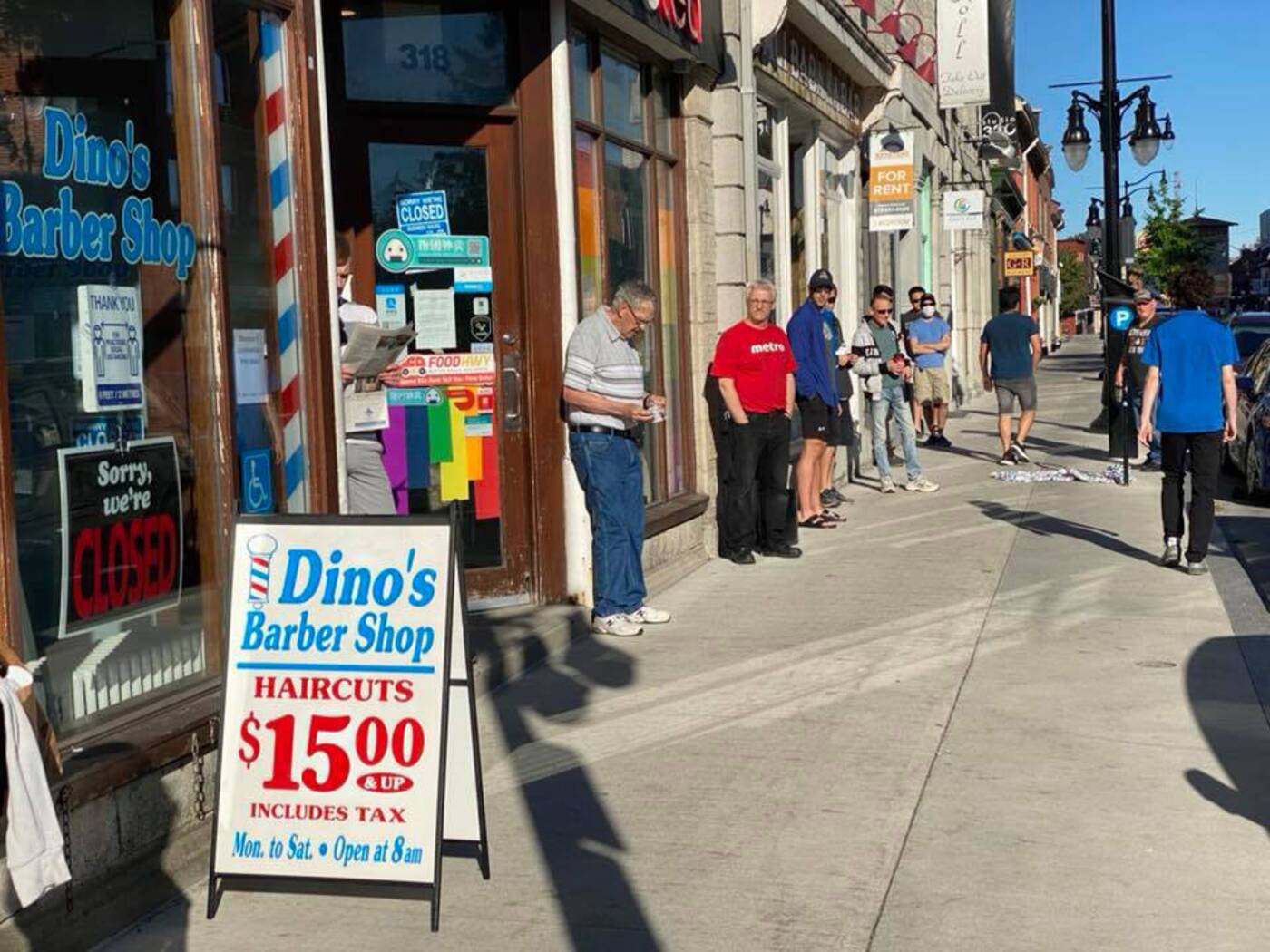 "The initial lines were 35 to 45 people with an average wait time of two hours," he said.

And while it's calmed down slightly since last week, Jeffries says there's still a steady stream of people.

"People are overjoyed to get their hair cut. Every customer that comes in is like welcoming an old friend back. It's been really great," added Jeffries.

As for adjusting to the new normal, he told blogTO that the new protocols have been slowing them down a little but they want to ensure health and safety is top priority.

"Generally people have been very patient. Even on Friday with the two hour wait," said Jeffries.

Meanwhile, in London, Ontario at Scizzorhands Salon and Spa they're practically drowning in bookings.

"We're booked through the rest of June, July and into August," said owner Alaina Calverley.

They're doing their best to fit everyone in and so far even with the new protocols things have been going smoothly.

While the salon now has Plexiglass dividers and staff are wearing masks as well as do some extra cleaning, it's almost like business as usual.

"There's still a lot of services we can't do right now but everything seems like it's gone back to it's day-to-day functions," she said.

"We've had more new clients calling the salon than ever before," she told blogTO.

Whether it's because other salons have been slower to reopen or they've gone out of business, Calverley isn't sure but she's not complaining.

"Everybody has been so grateful. You can't see their smile but you can see it in their eyes," she said.

This Friday, seven more regions in Ontario will move to Stage 2, however Toronto, Peel and Windsor-Essex will remain in Stage 1 for at least another week.