Halloween is just around the corner, meaning it's peak season for trick-or-treaters and party-goers alike on the prowl for spooky merchandise.

But while it's all fun and games for consumers buying Jason masks and plastic props, it's a matter of life and death for independent costume and theatre stores operating year-round.

Despite the fact that studies show Canadians are spending more on Halloween than ever before (the average amount spent on costumes in 2016 was a whopping $52) many local stores say they're still having a hard time keeping afloat.

The culprit, they say, are big-box costume stores—namely the American megabrand Spirit Halloween.

"Before Spirit Halloween came in, we would be able to survive," says Sanjoy Kundu, the owner of longtime local costume shop Theatrics Plus. "Now, it's such a cut-throat business." 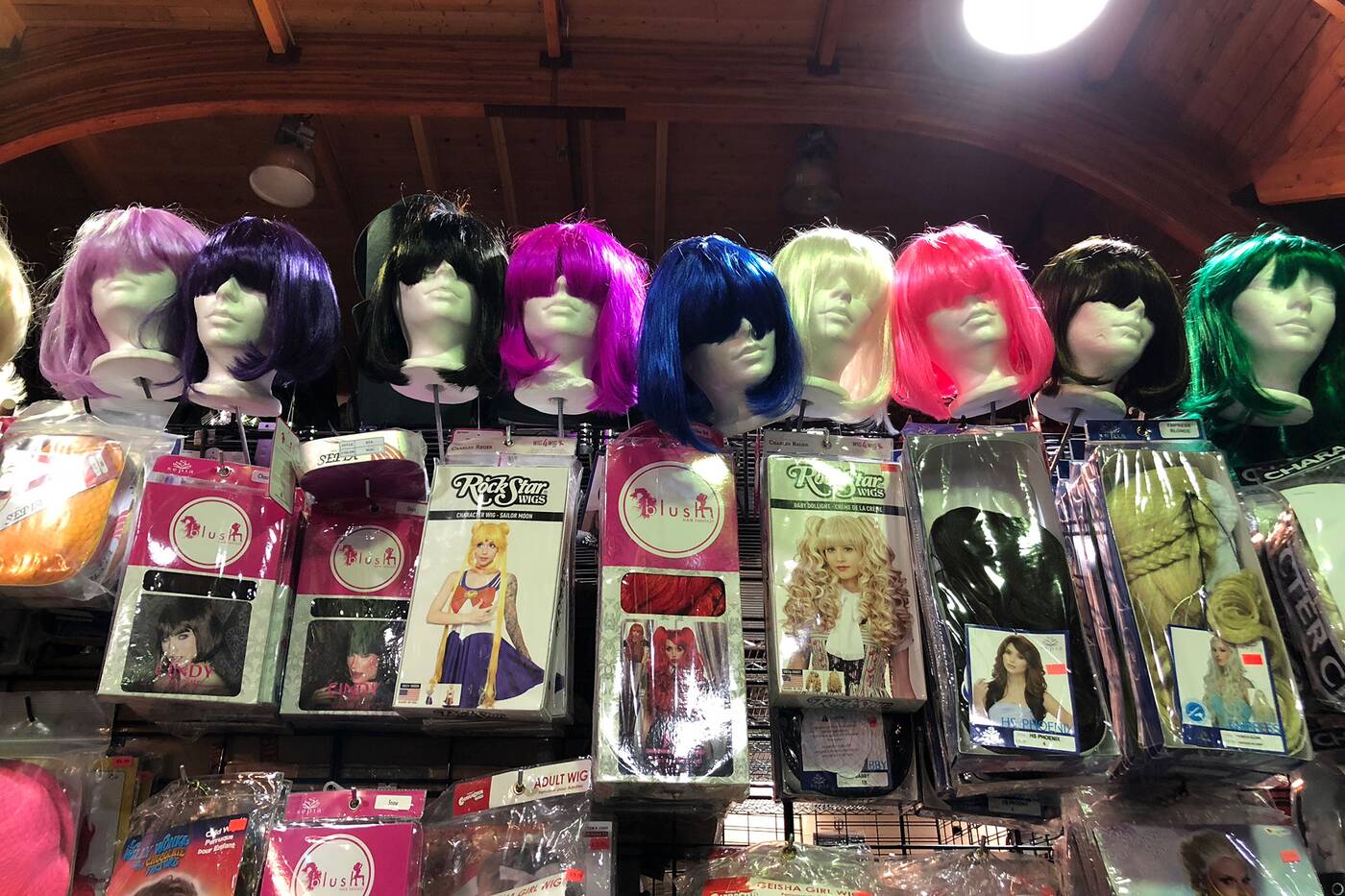 Though Theatrics Plus has been operating from its location at 660 Yonge Street since 2000, Kundu and his parents have been in the costume industry for nearly 40 years.

Kundu says that competition was fairly normal before the arrival of international big-box stores, with an unspoken rule between Toronto's costume shops that kept businesses within their own territories.

Now that Spirit Halloween is in the picture, things have gotten much harder.

With over 1,200 locations across the States and Canada, the massive American enterprise—which is owned by retailer Spencer Gifts—has become one of the city's most recognizable costume pop-up stores during the month of October.

Taking over vacant stores like the old Ardene at Yonge and Dundas, or the former Le Chateau at Queen and Spadina, Spirit's business model is a seasonal one, running physical stores for just two to three months at a time.

When November hits, the New Jersey-based company packs up its more than 100 locations across Canada and ships all its stock back to the States, where the brand operates online until next Halloween season. 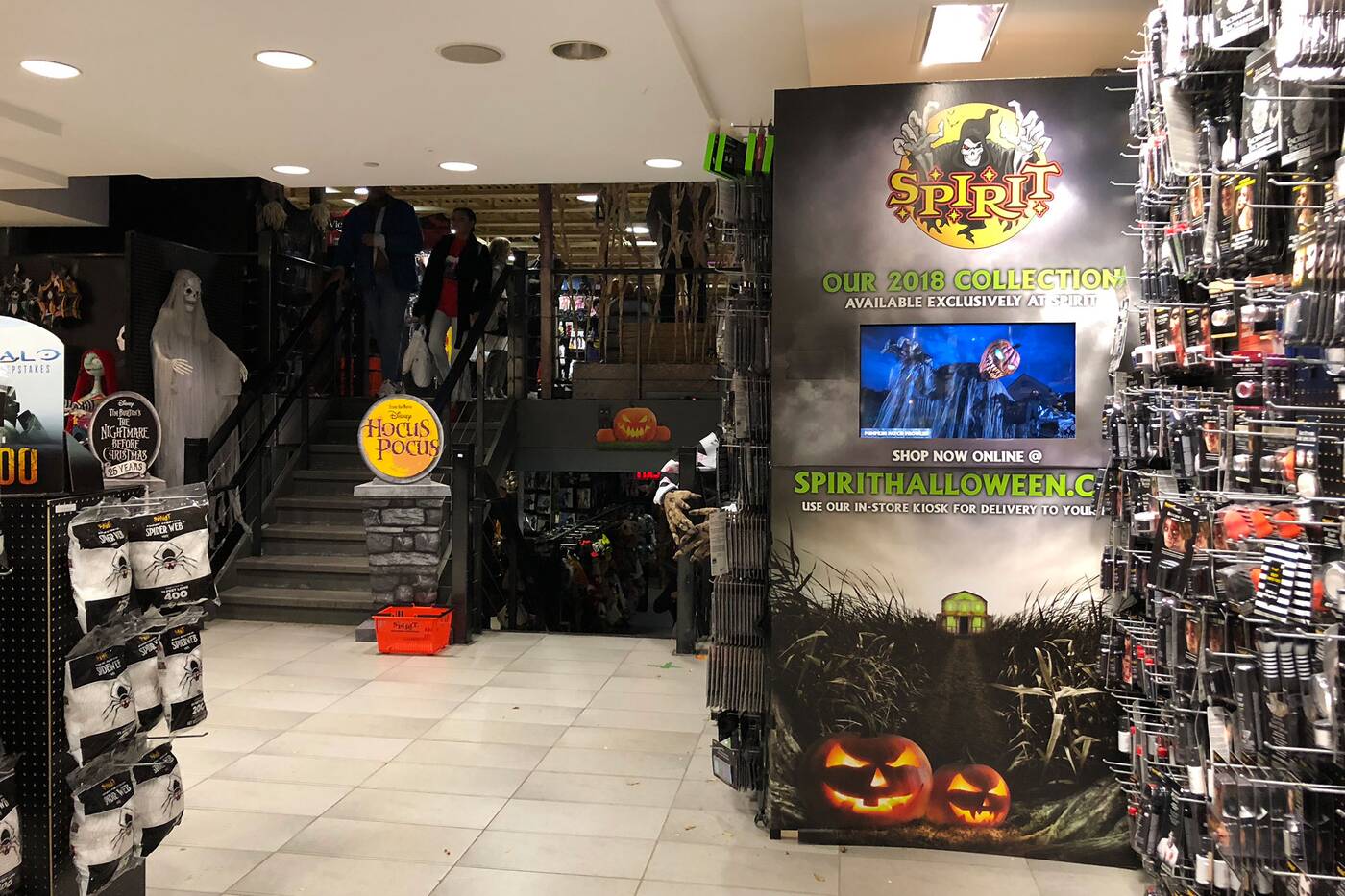 According to Kundu, that "Walmart mentality" affects the permanent, small Canadian businesses who can't just pack up and leave once the holiday is over.

Instead, they have to continue making ends meet throughout the year, swallowing the costs of stock, year-round brick-and-mortar leases, online operations expenses, and warehouse costs during off-peak season.

"Halloween supports us through the dead months, which are from January right until April," says Kundu. "When somebody just pops up and takes all the business away, [we] can't survive. It's really hard."

In an attempt to fight for visibility, Kundu has adopted the pop-up businesses model himself to go head-to-head with Spirit Halloween.

For the last two years, Theatrics Plus has leased the old HMV property at the corner of Queen and Beverly, where it operates for four months until early November.

Kundu says he pays over $65,000 a month, not including hydro or employee costs, for the 6,000 square-foot store. It's devastatingly expensive, but he says the extra effort pays off for the foot traffic on one of Toronto's busiest streets. 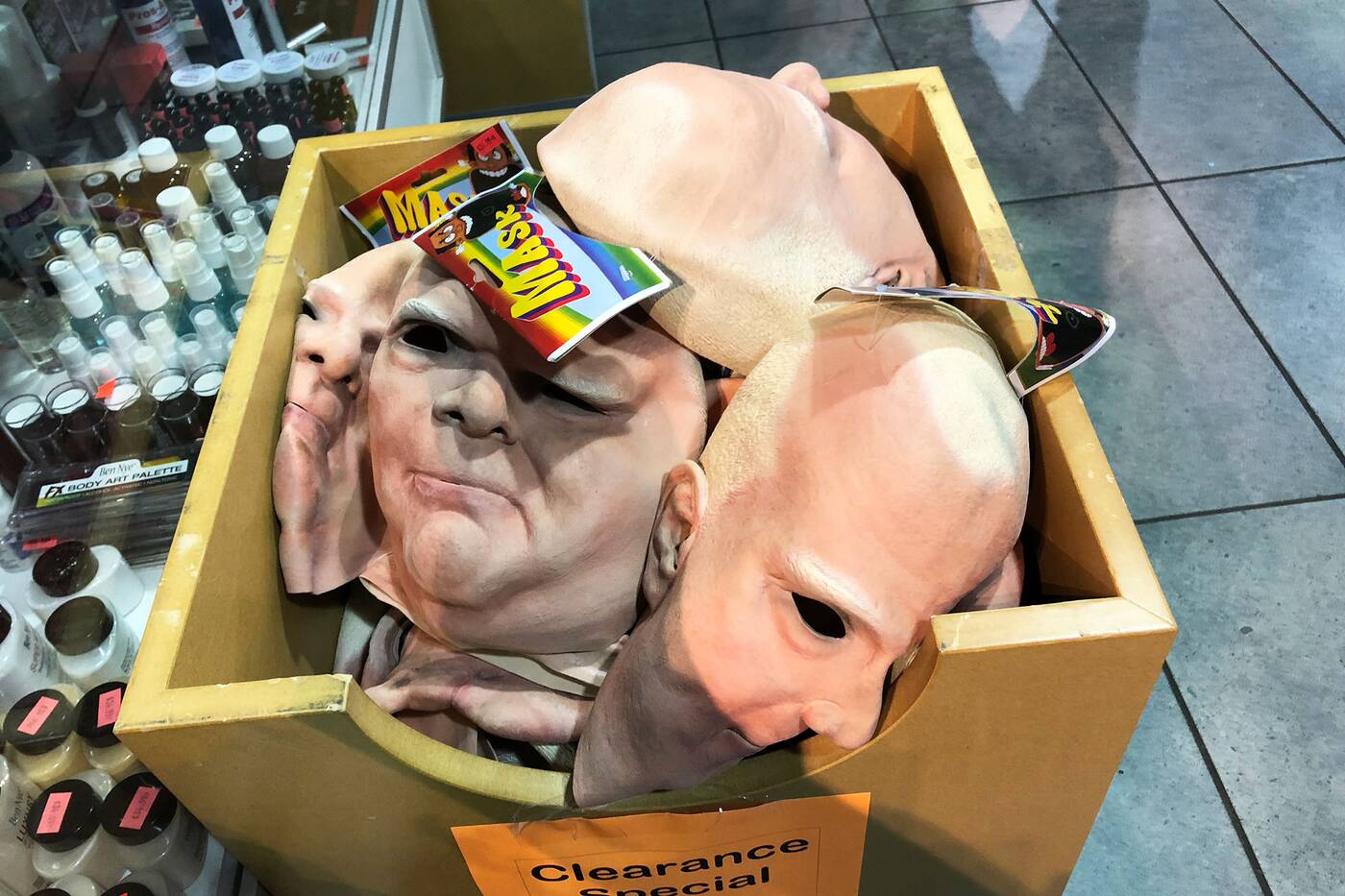 Most businesses, however, aren't able to fit pop-up stores into their budget, and many no longer see Halloween as a reliable cash cow at all.

Patio furniture chain DOT, for instance, has gotten rid of its Halloween stuff altogether, while staple theatre shops like Malabar are starting to focus less on packaged costumes and more on specialty industry items like professional makeup.

In the meantime, businesses dealing primarily in costumes have to try extra hard to make up the profits for the rest of the year. In the face of big-budget competition, events like Comicon, Fan Expo and Pride have become a crucial part of the industry.

"I think if we want to protect businesses, there should be a rule where [businesses] have to be open a minimum of six months out of a year, and not be able to open up and close up within the month," says Kundu.

"Can you imagine them opening up a toy store for 30 days during Christmas?...They need to understand that’s not okay for Canadians."