The only Miniso currently located in downtown Toronto is in the lower level of the Eaton Centre.

This new one will open in Richmond Adelaide Centre next to the food court in the spaces formerly home to a David’s Tea and the Department Store. The latter will close at the end of the month and move to 181 Queen Street East. 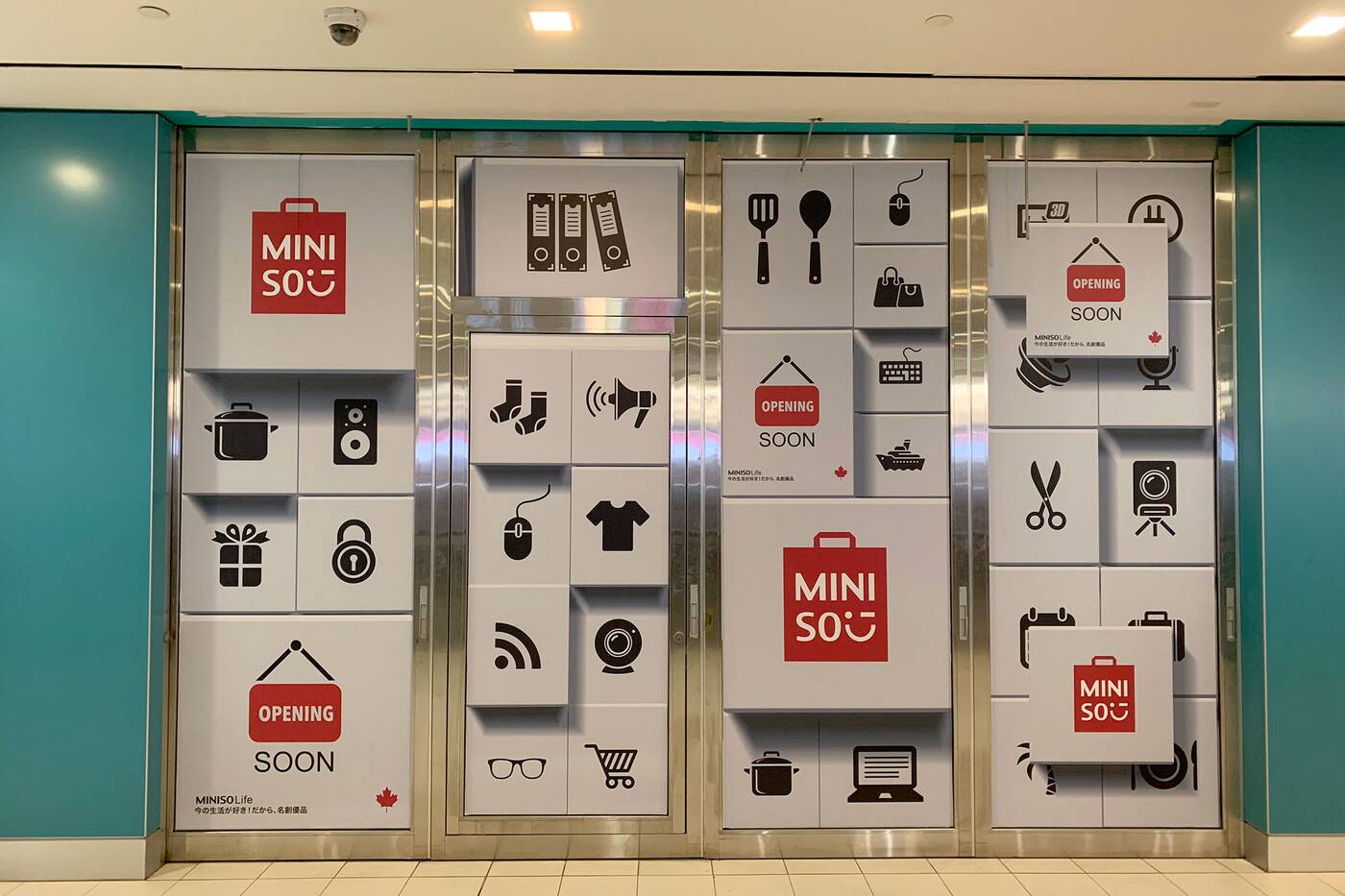 Signs are up for the new Miniso at the Richmond Adelaide Centre. Photo by blogTO.

That means this new Miniso might be the smallest one yet, but it will have the distinction of being the first in the PATH and the second ever in downtown Toronto.

Don’t expect to do any holiday shopping there, though: with lots of construction still to be done, the new PATH location of Miniso won’t be open until 2019.