Japanese cosplay and anime get the spotlight in Toronto

Another year, another mass gathering of anime and manga fans congregating to revel in all things otaku.

Anime North is wrapping up this weekend, and if it's anything like last year's event, over 30,000 attendees will have showed up to this massive celebration of cosplay and other  Japanese-culture-related hobbies. 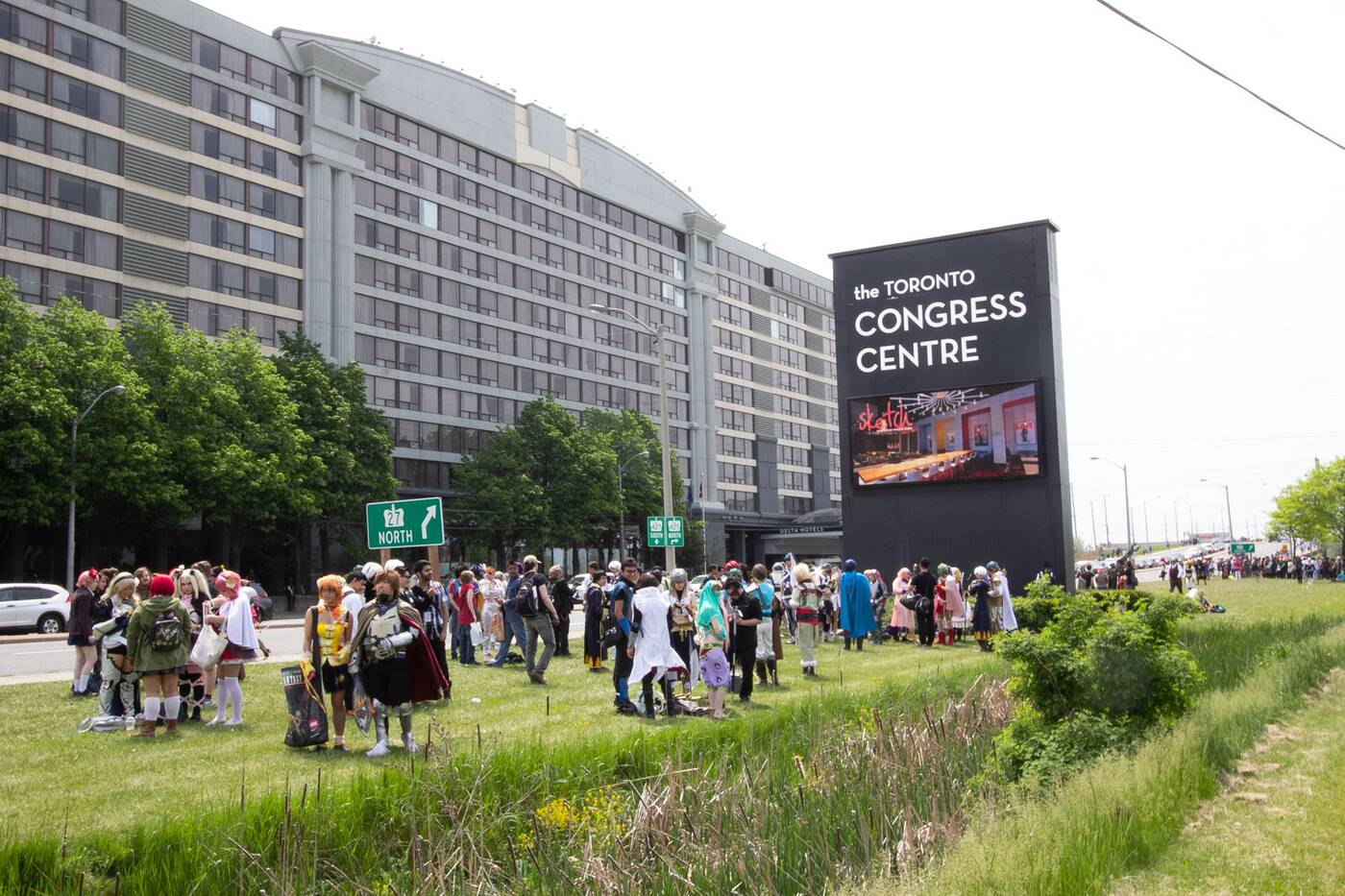 The Delta Hotel property and the Toronto Congress Centre located across the street were brimming with fake Gokus, Survey Corps fighters, goth Lolis, and a surprising number of regularly-dressed people looking overwhelmed. 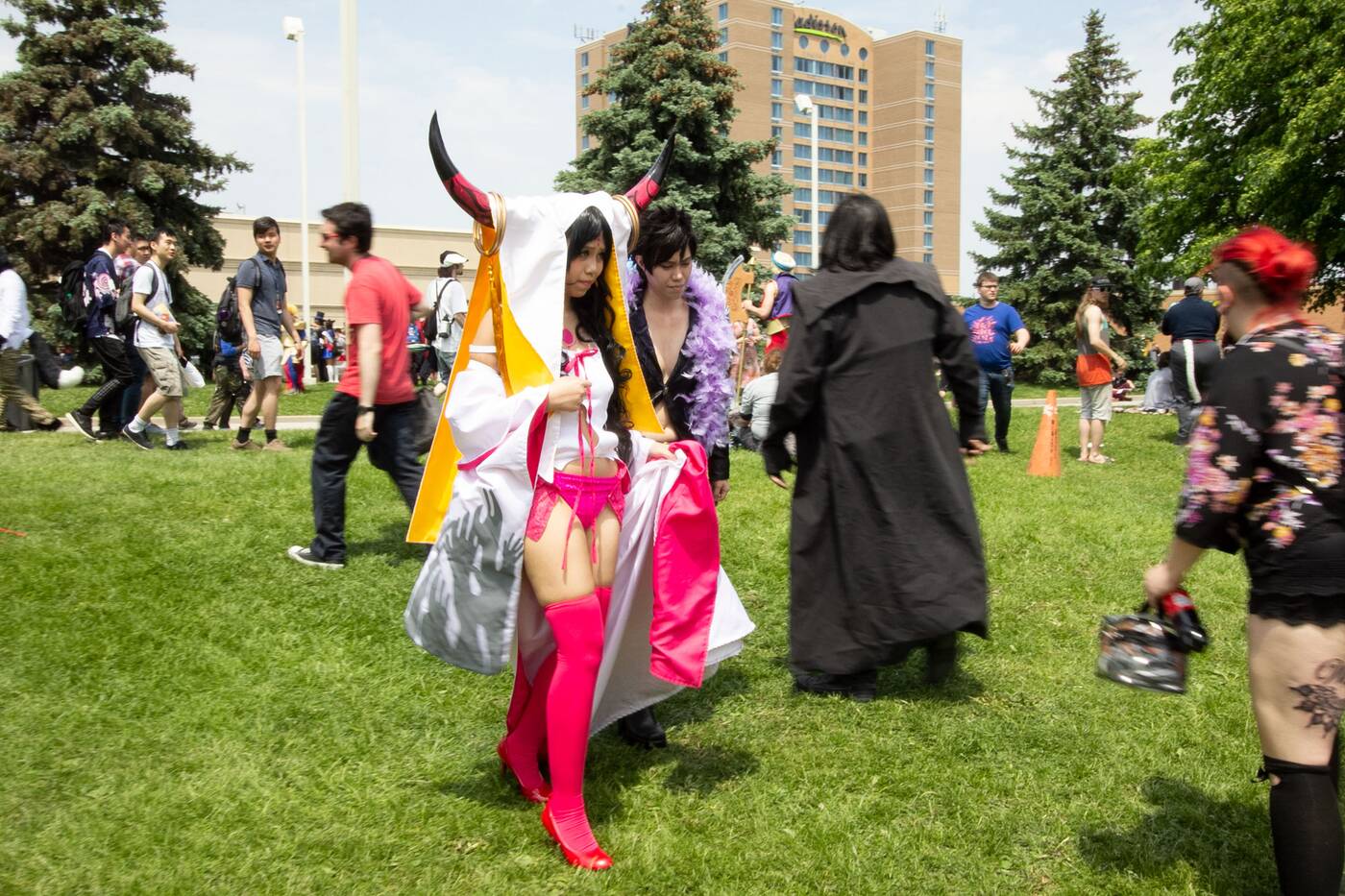 As expected, people of all ages and backgrounds crowded the grassy property to be seen, dressed to the nines in hand-made or store bought costumes for photo-ops before heading in to the main hall. 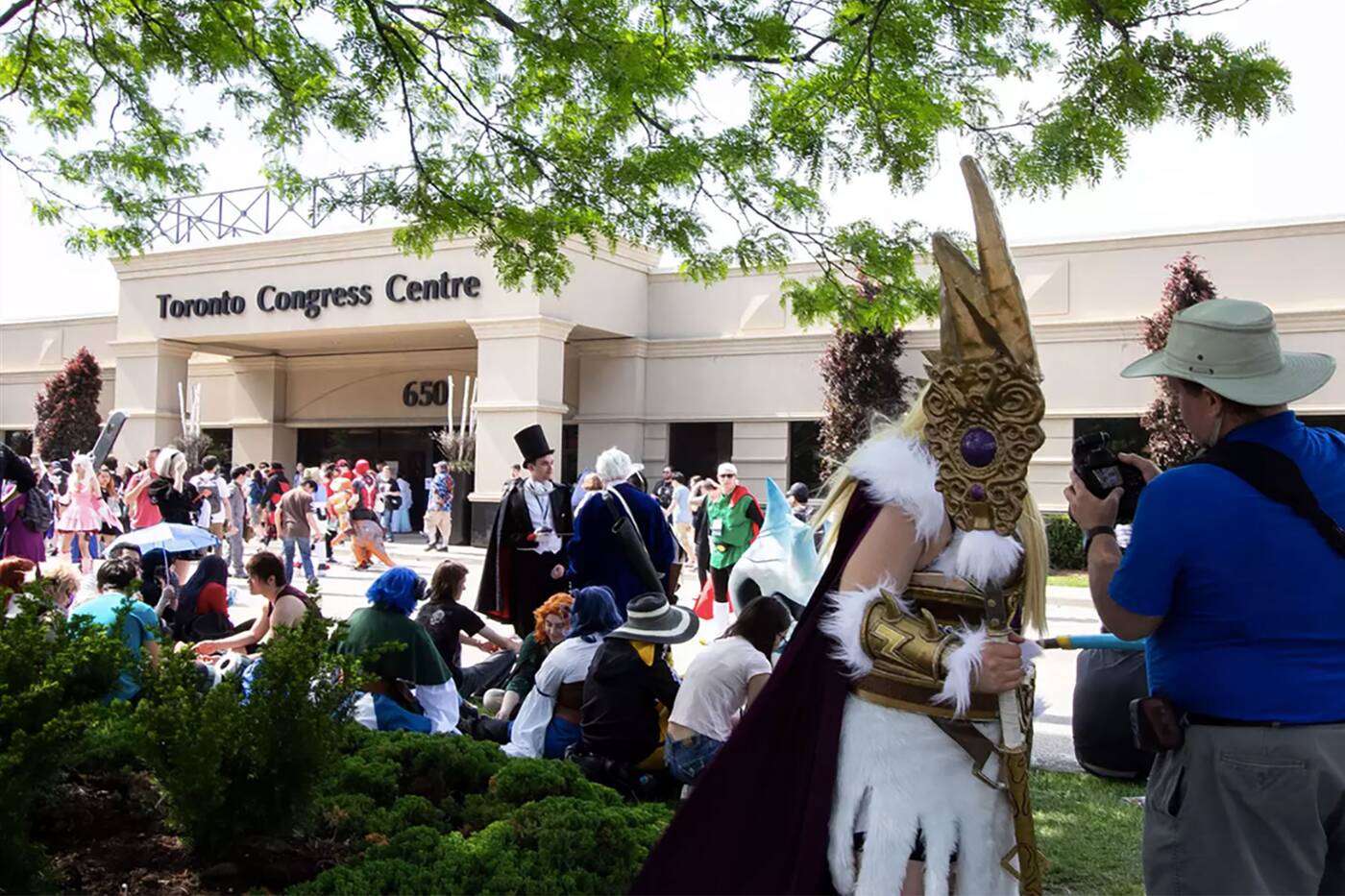 Some costumes, while totally on point, were a little concerning considering how humid it was. The anime fandom goes hard. 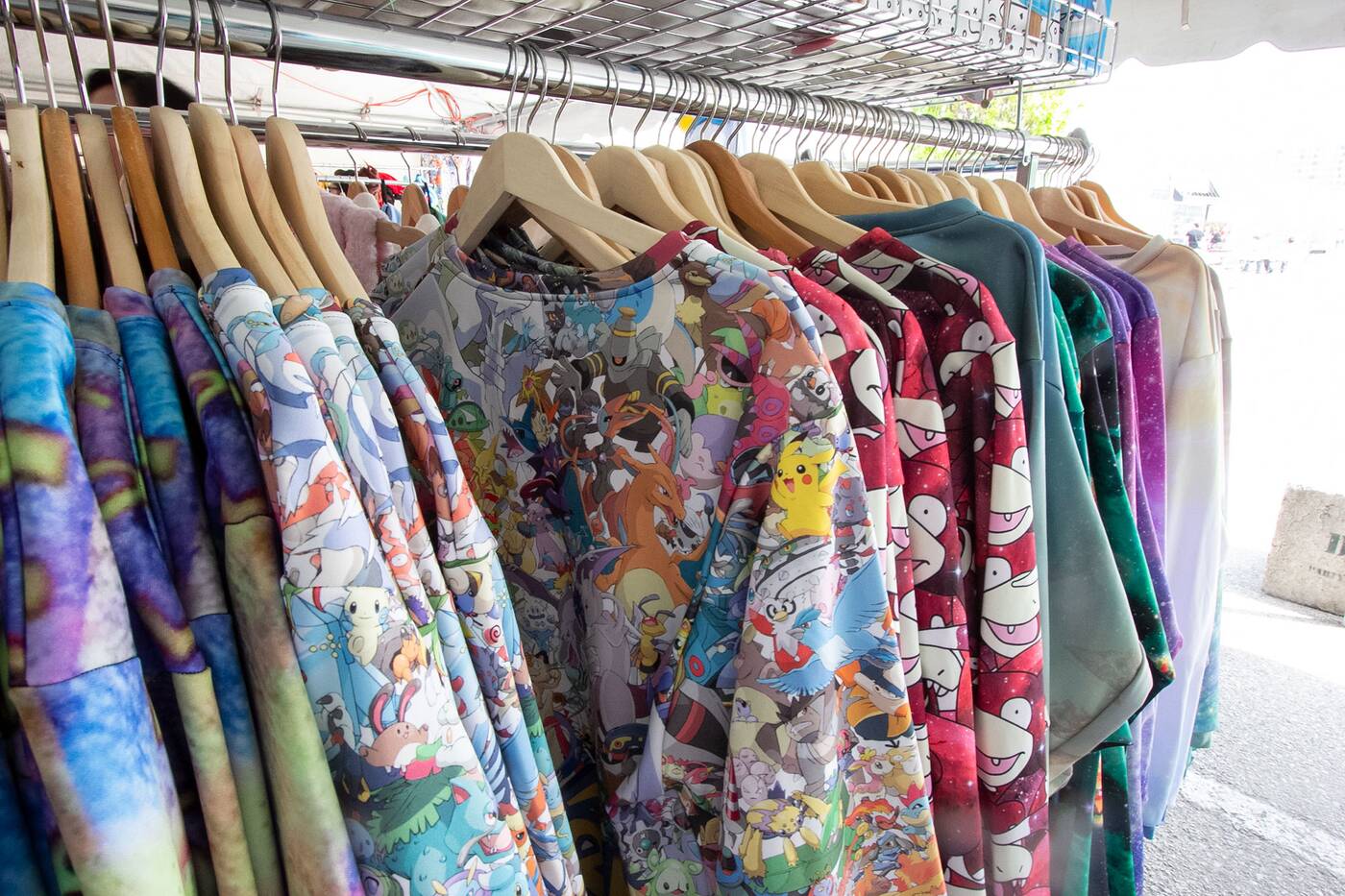 Pokemon-themed sweaters and giant toys of popular Japanese characters were on sale beneath tents, while bands on the Crunchyroll-sponsored stage played covers of anime theme songs.

In an area just outside the main hall, vendors sold ice cream and lemonade, though the longest lineup was for the ATM truck. Pro tip: bring lots of cash. 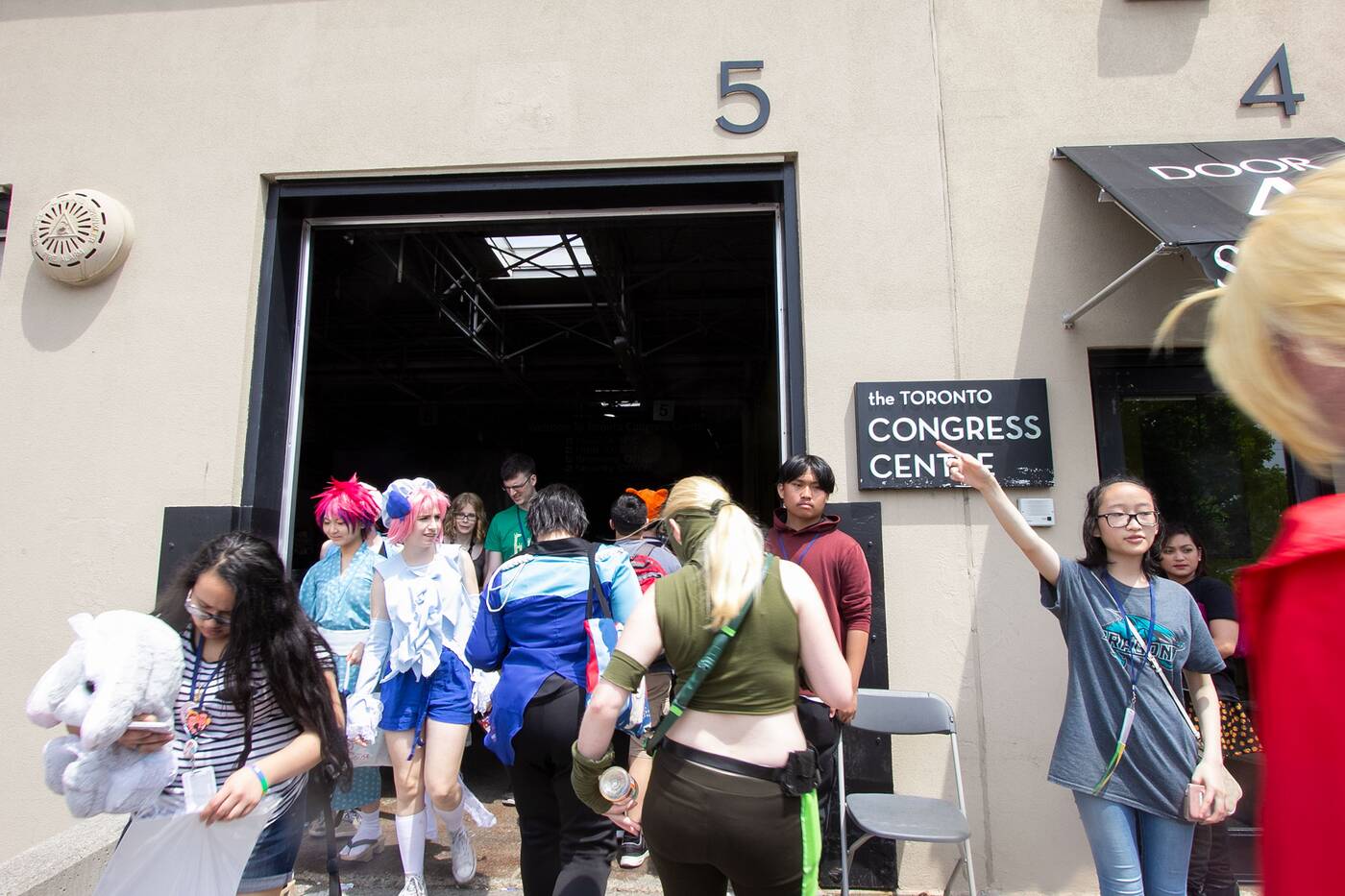 Equipped with admission badge lanyards, attendees crowded in to the Congress Centre entrance, with Sailor Moons and Pikachus squishing against each other (the ultimate anime mashup) while being herded in by volunteers. 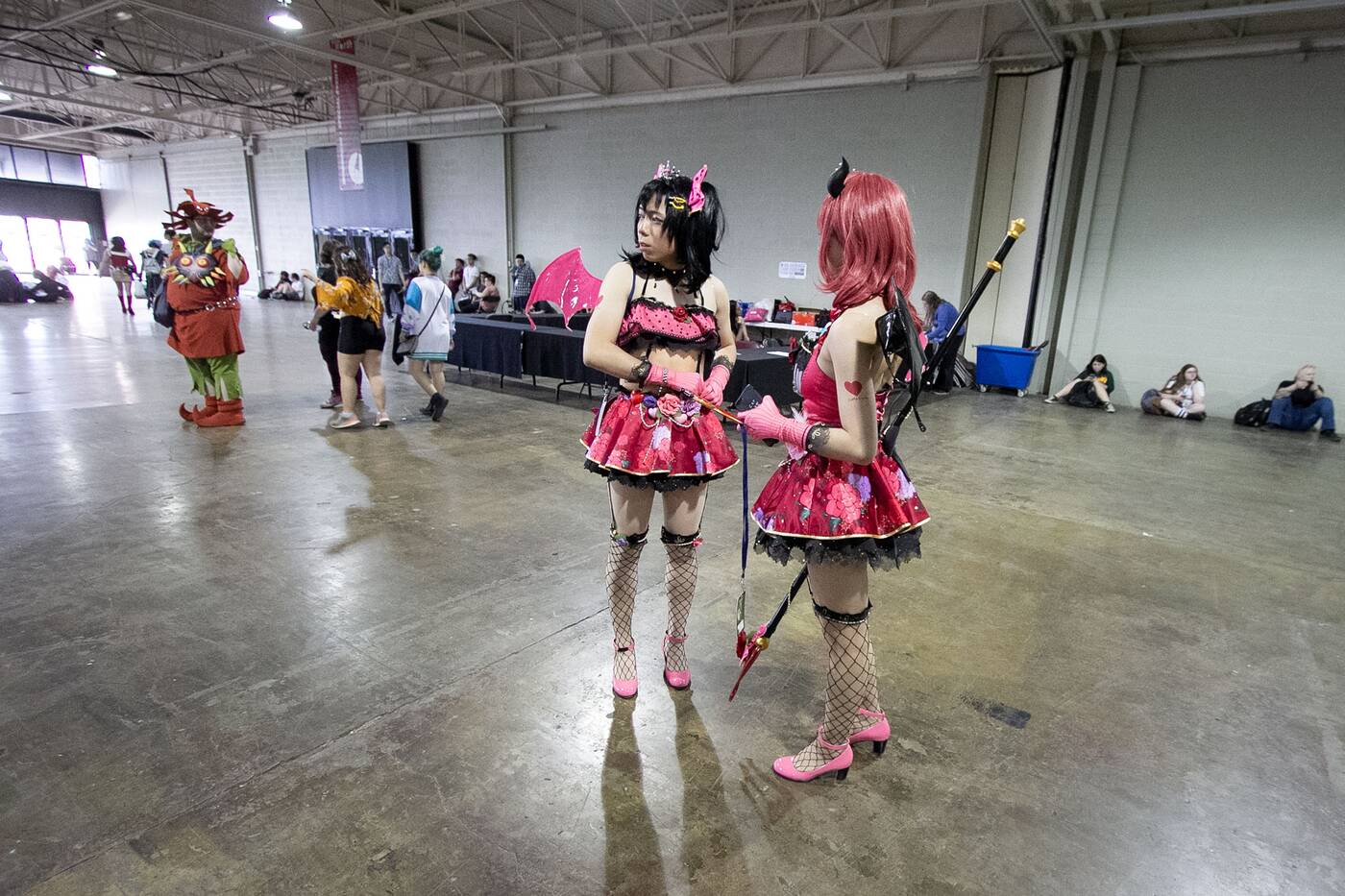 Upon arrival in Hall A, guests were handed the Anime North survival guide: a weighty booklet containing all the information and locations for performances, showcases, panels and awards shows. 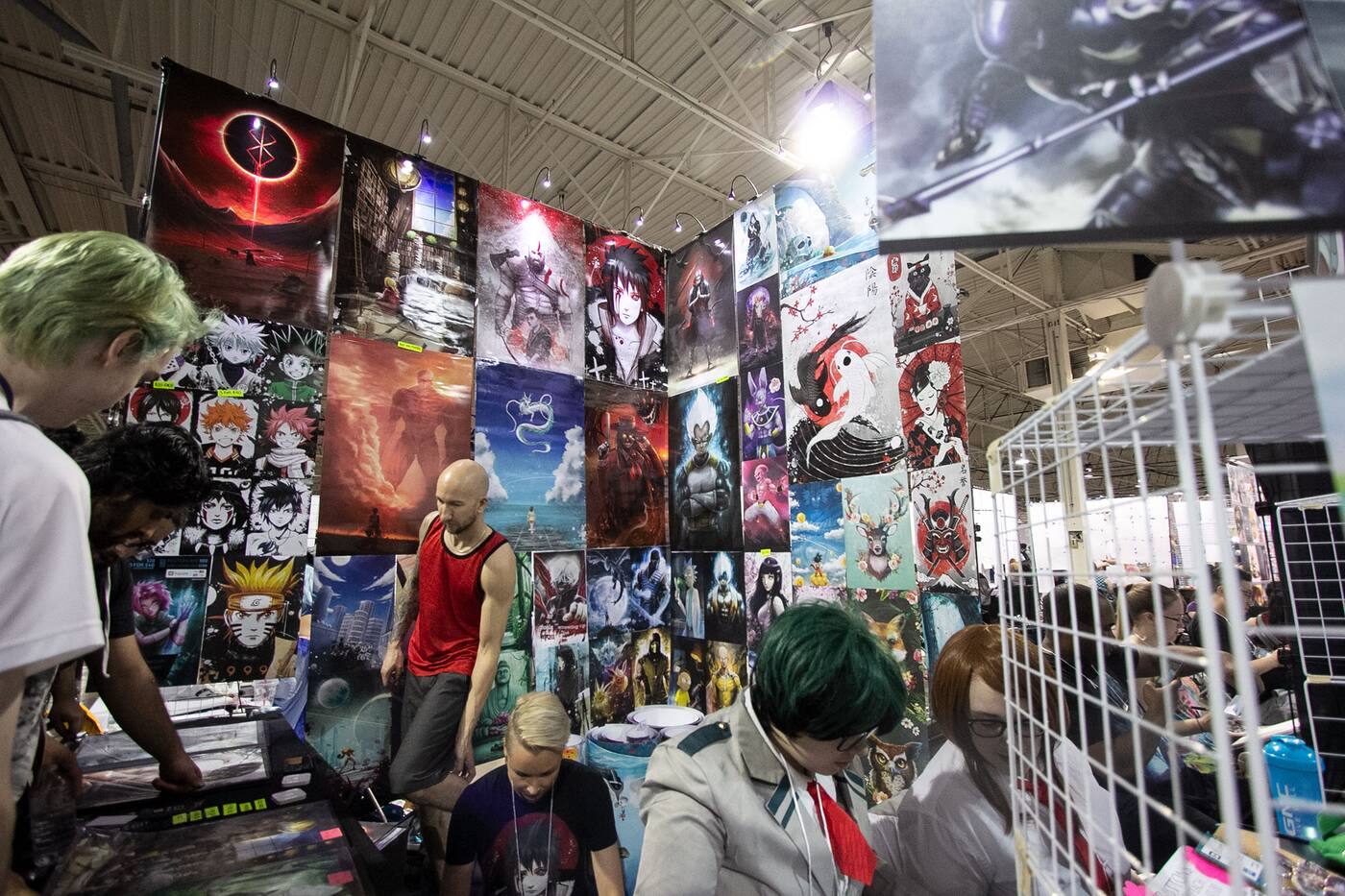 Comic Market, or Artist's Alley, is the first and perhaps largest section of the convention, filled from wall to wall with vendors selling posters, paintings, and graphics of original characters and classic animes, plus comic books created by some seriously talented artists.

You can find all sorts of crafts here as well, and the amount of talent and ingenuity showcased in this section is truly impressive. 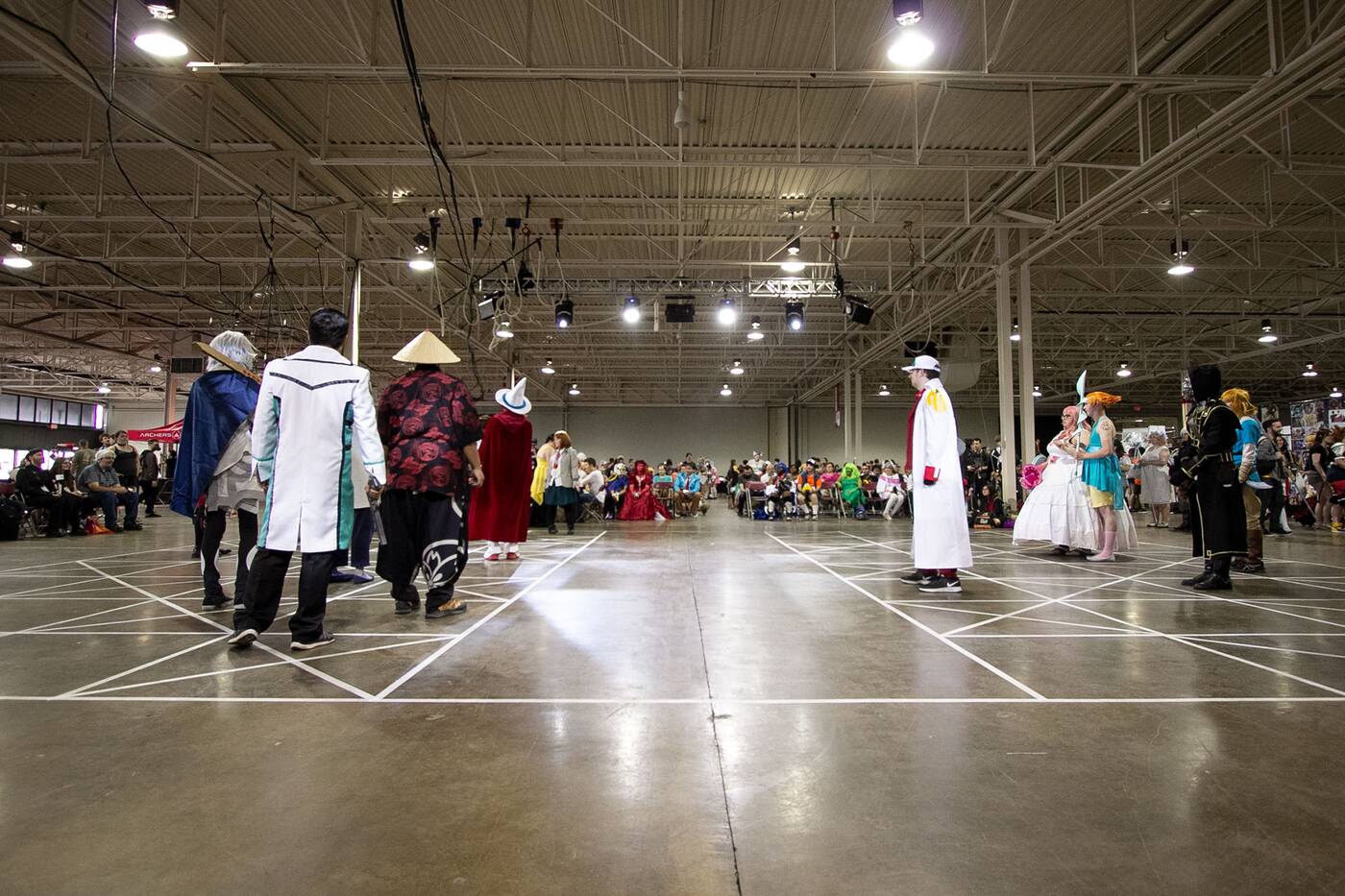 At the back of the hall, a less thrilling performance of cosplay chess players was awkwardly anticlimactic – a hilarious demonstration filled with commentary consisting mostly of, "Let's fight," and dopey background music. 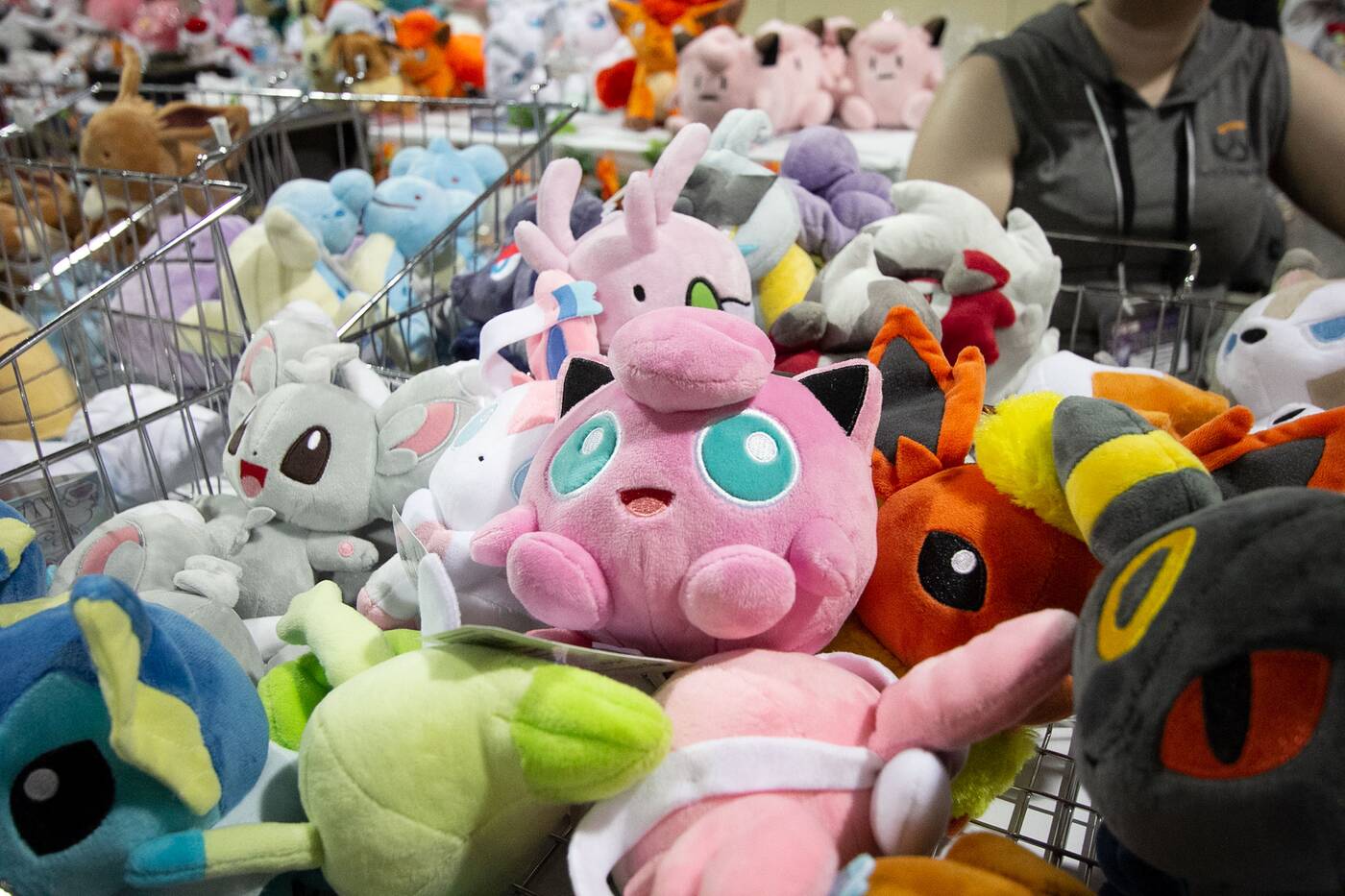 Despite the fact that dressing up is taken seriously here, it's nice to see that not much else is: the mood at Anime North is pretty carefree. 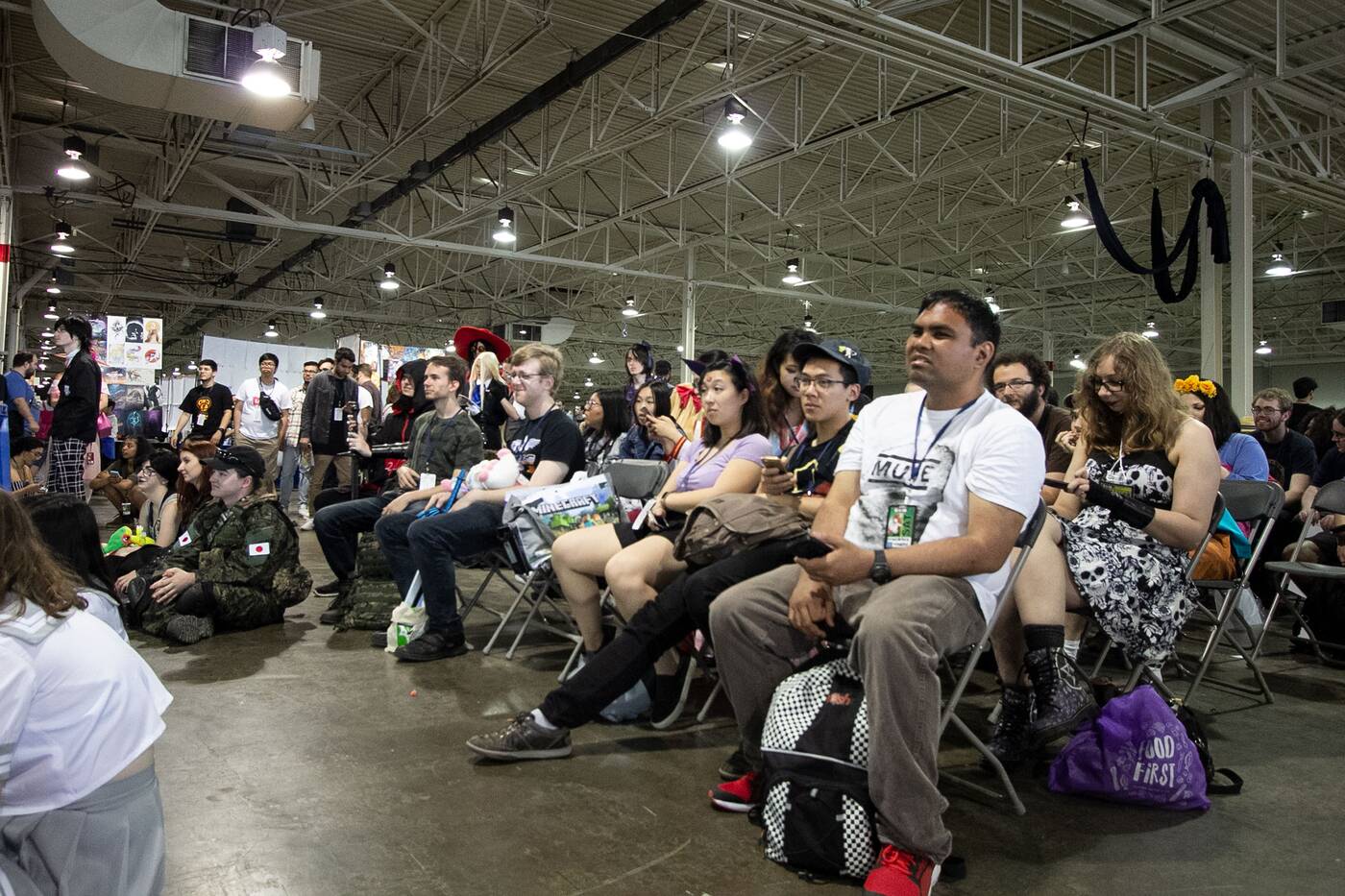 Many used this as an opportunity to take a break on the fold-up chairs. Noticeably, very few people were on their phones at Anime North – other than to take photos, of course – though poor reception and horrible Internet access probably had something to do with it. 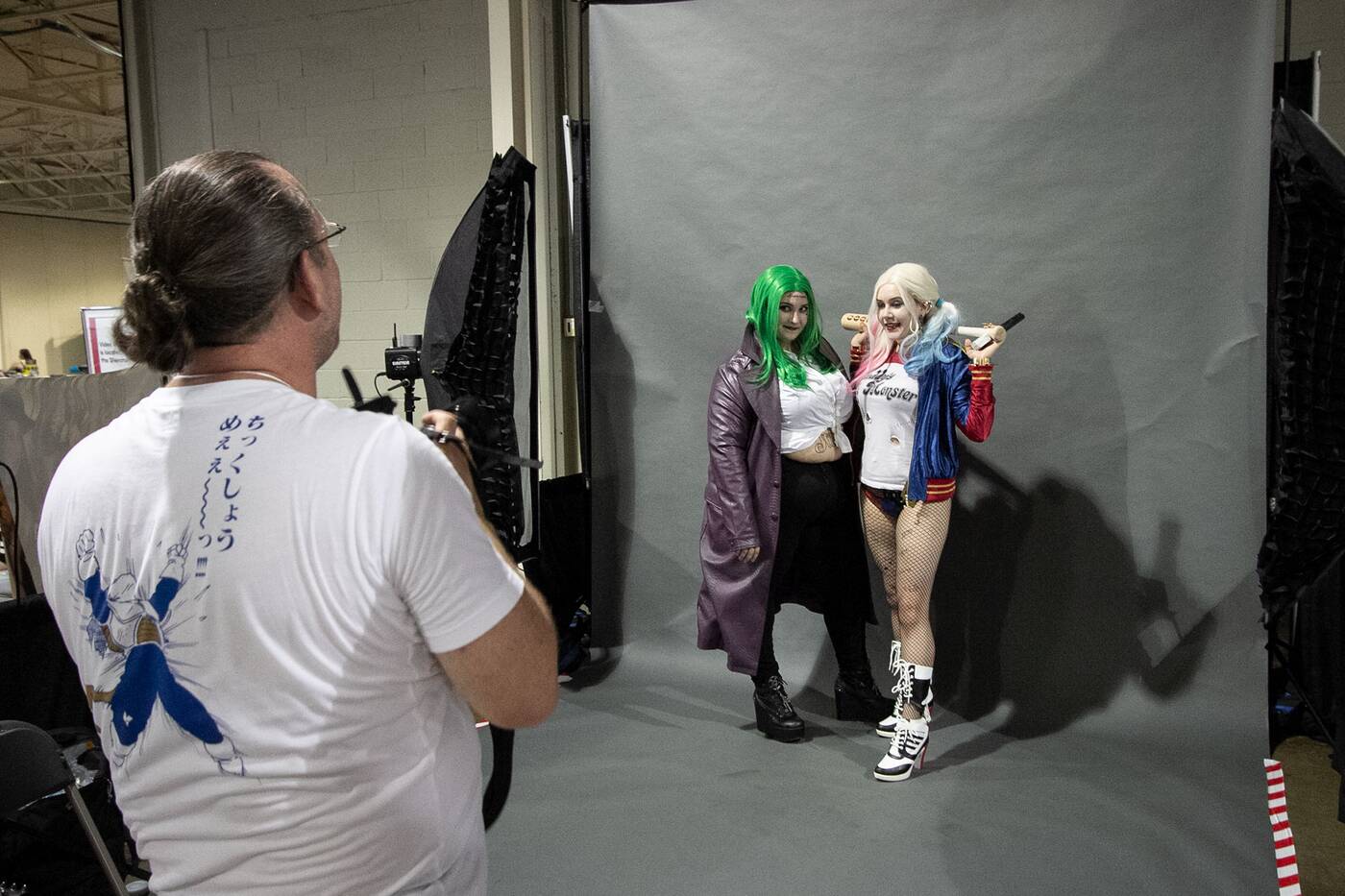 A strip of vendors along the ege of the hall offer photography services in what's referred to as Photo Alley, making big bucks documenting attendees' painstakingly assembled costumes. 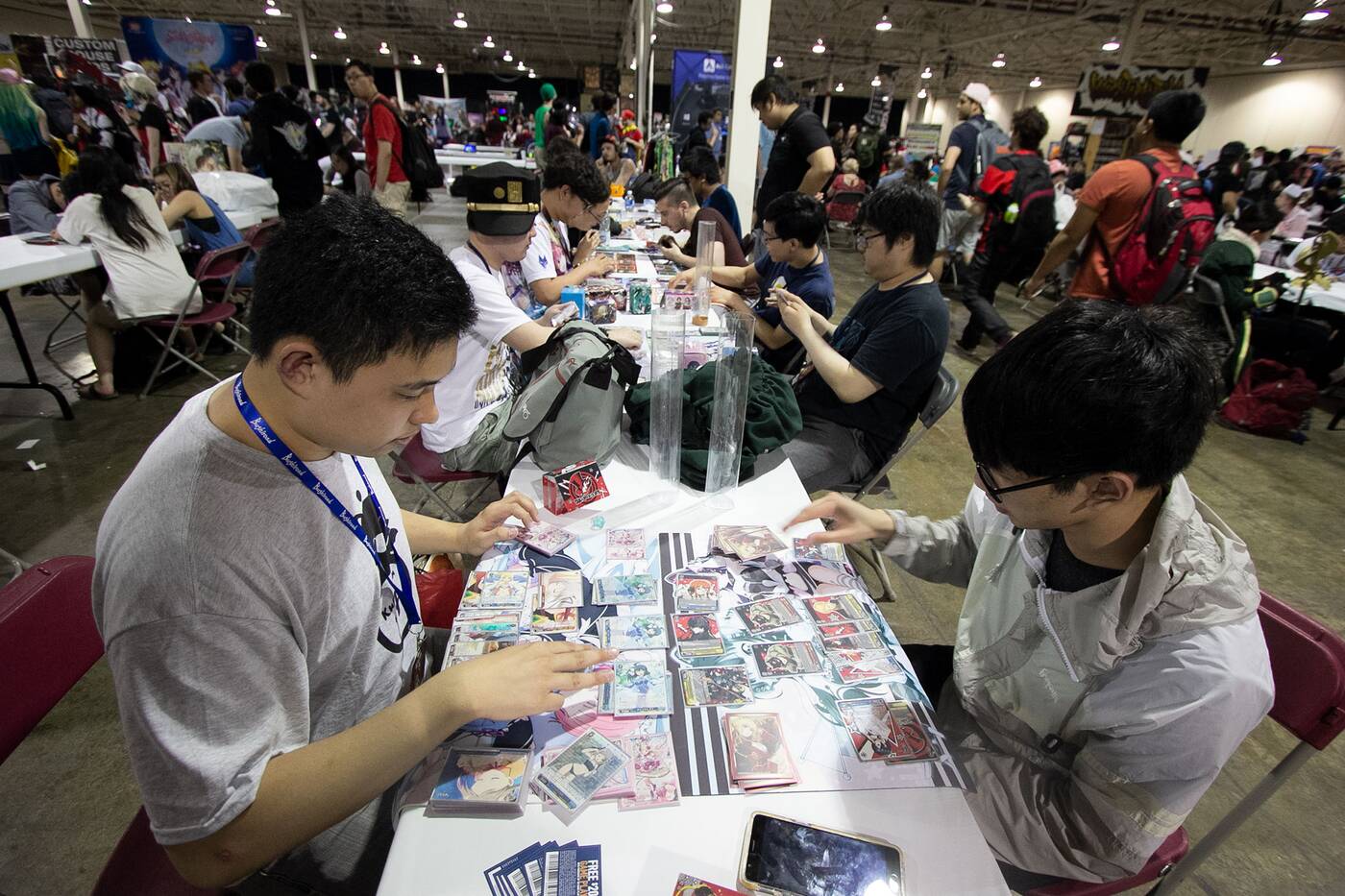 In the next hall, a sea of tables covered in cards fill the Gaming Corner where players put their decks to the test. The energy here is definitely more intense than other areas since the stakes (your dignity and pride) are higher. 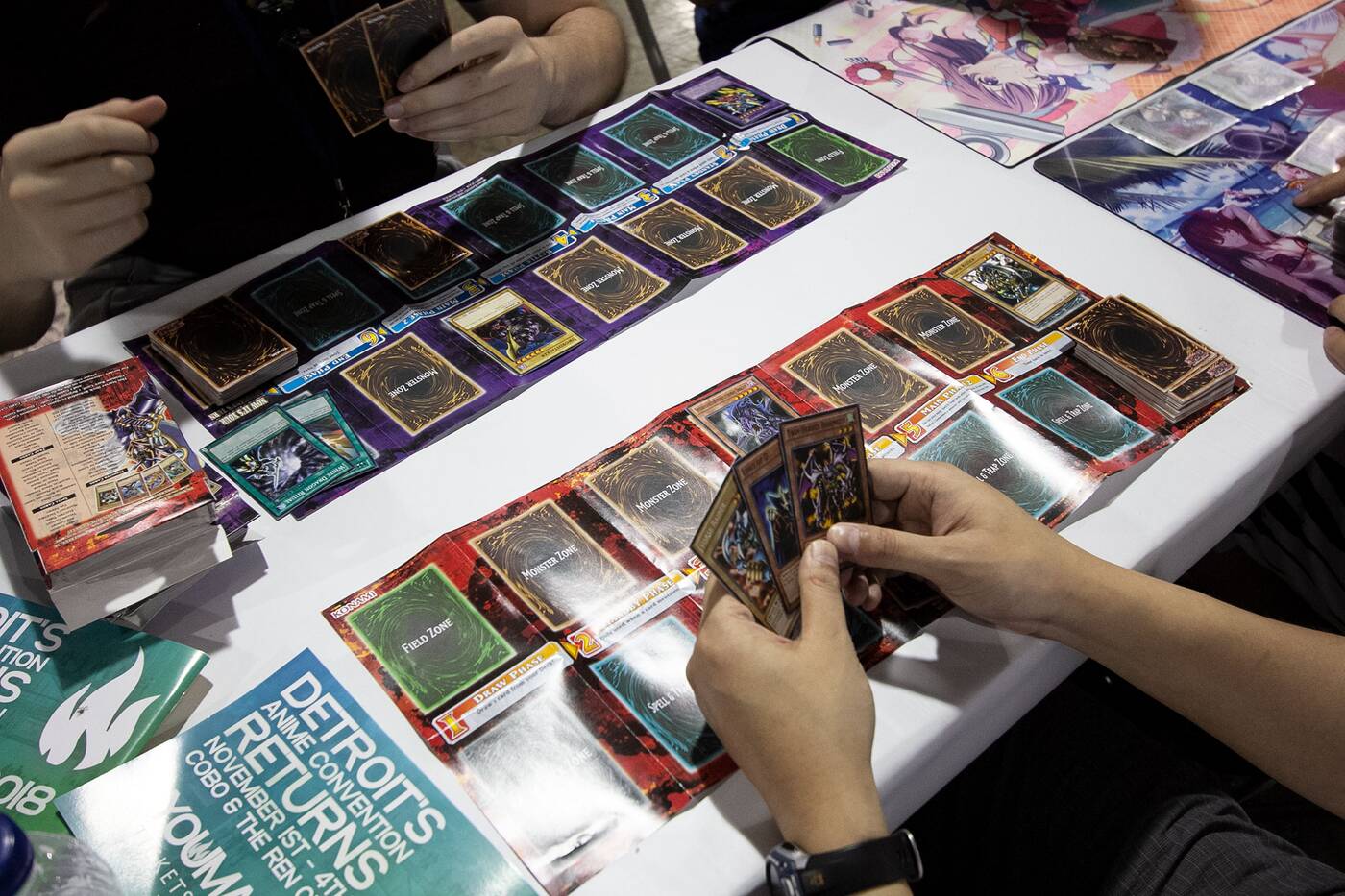 Yu-Gi-Oh! and Magic games run amok, with battle cries of loss and wins echoing through the spacious area. 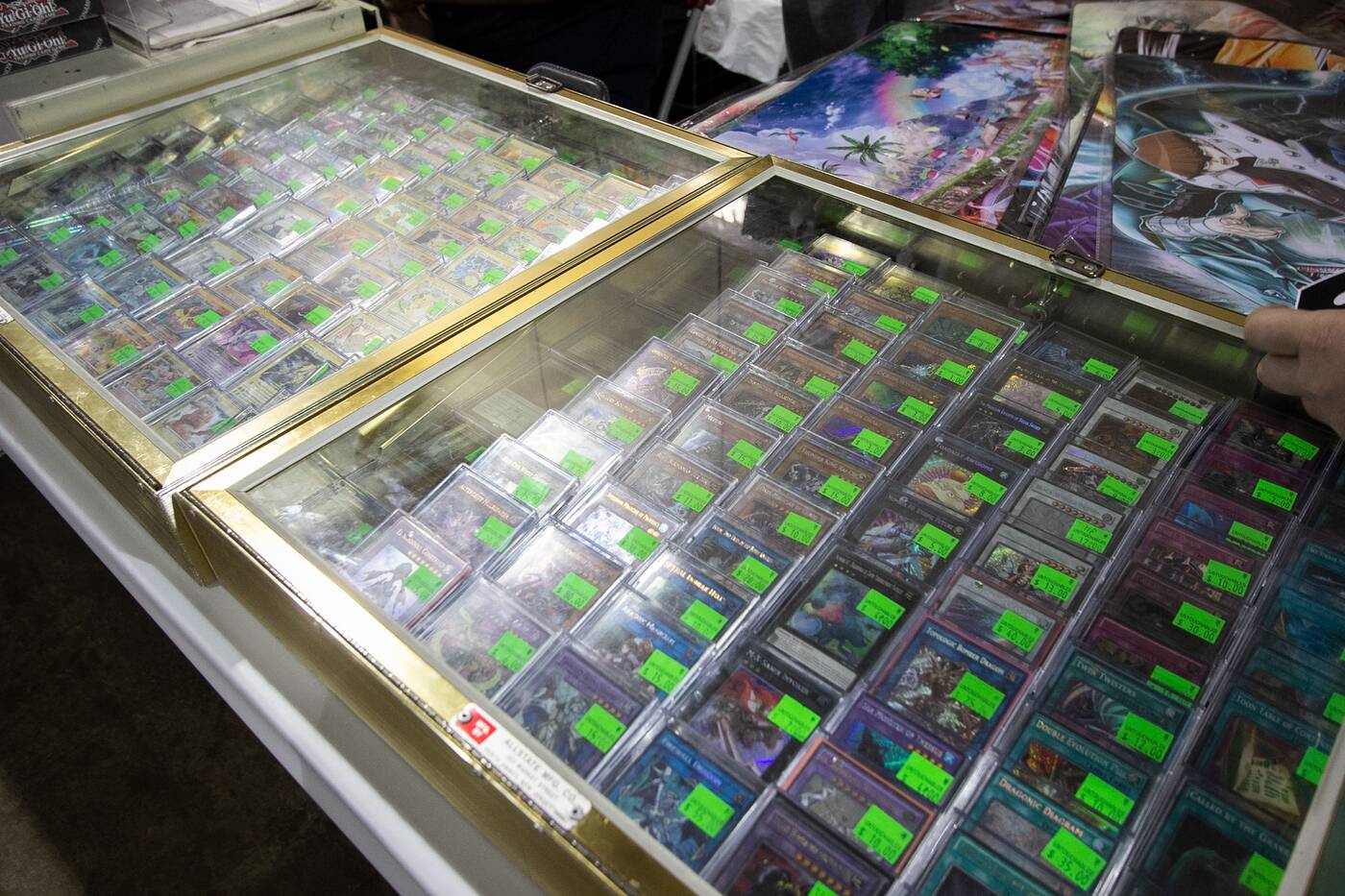 Dispersed around the hall, vendors put out their collections of cards on display, luring in fans with rarities and powerful decks.Attendees can also bring in cards to trade and swap, giving the hall a sort of marketplace vibe. 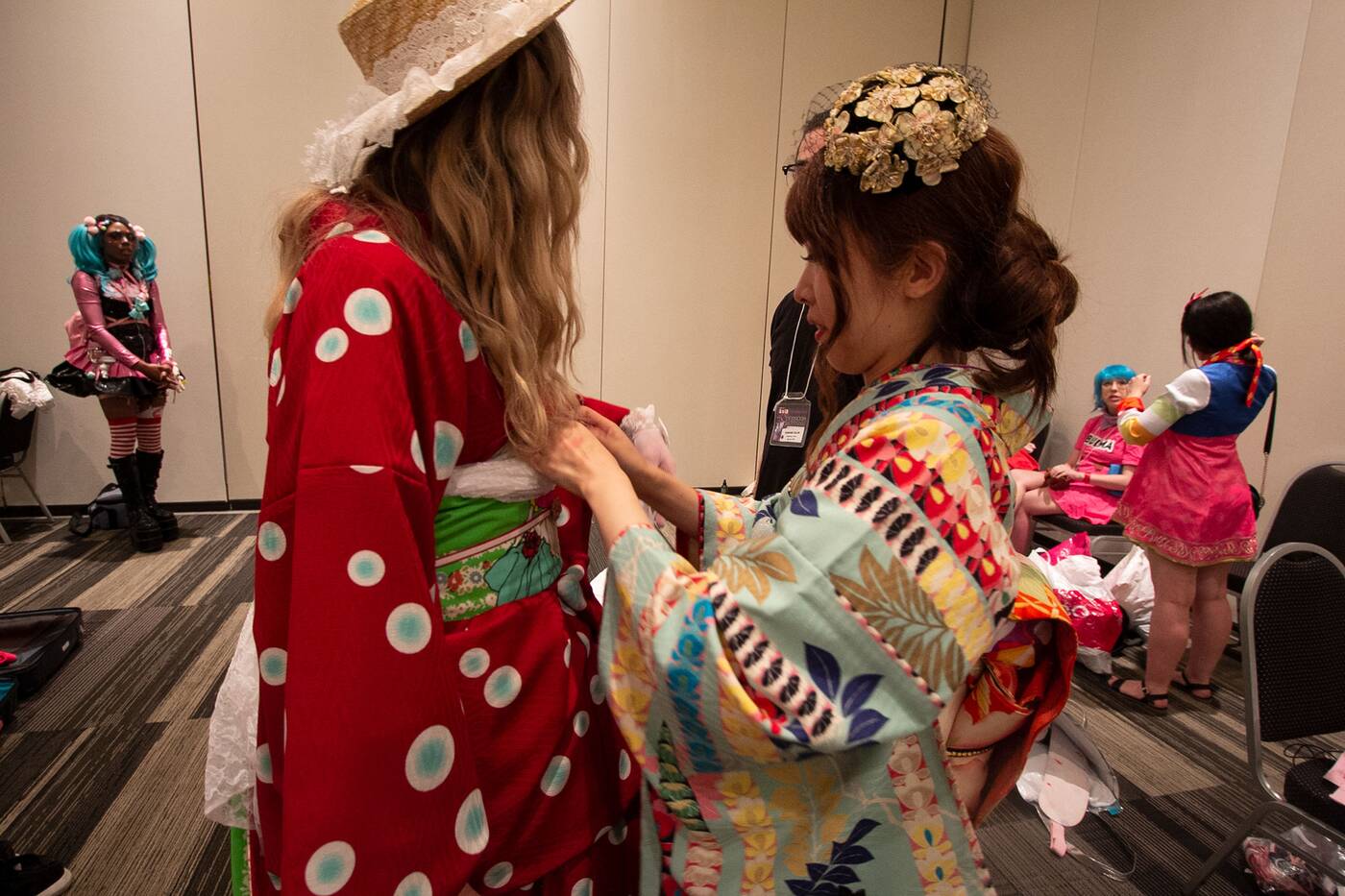 Meanwhile in the North Ballroom – the epicentre of the cosplay shows  – fashion shows like the Kimono Bijin runway showcased the incredible detail put into this three-day event. 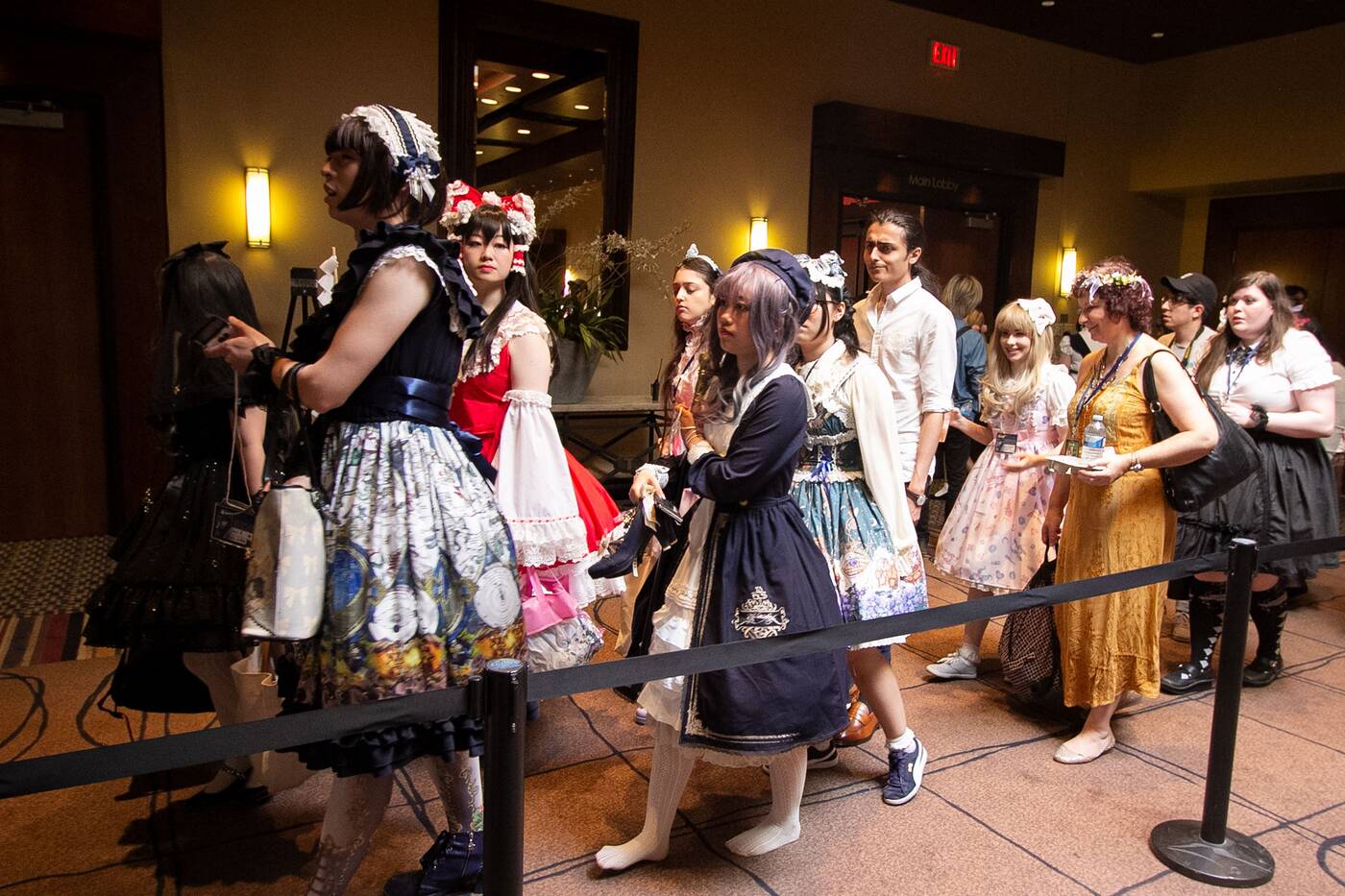 Numerous panels were happening simultaneously all over the place, with an event for every type of anime, manga, or culture fanatic.

If you're a first-timer at Anime North, you might feel totally bewildered by how extra everything seems,  but you'll quickly get used to it, and maybe even see your inner raging fan persona come out to play. 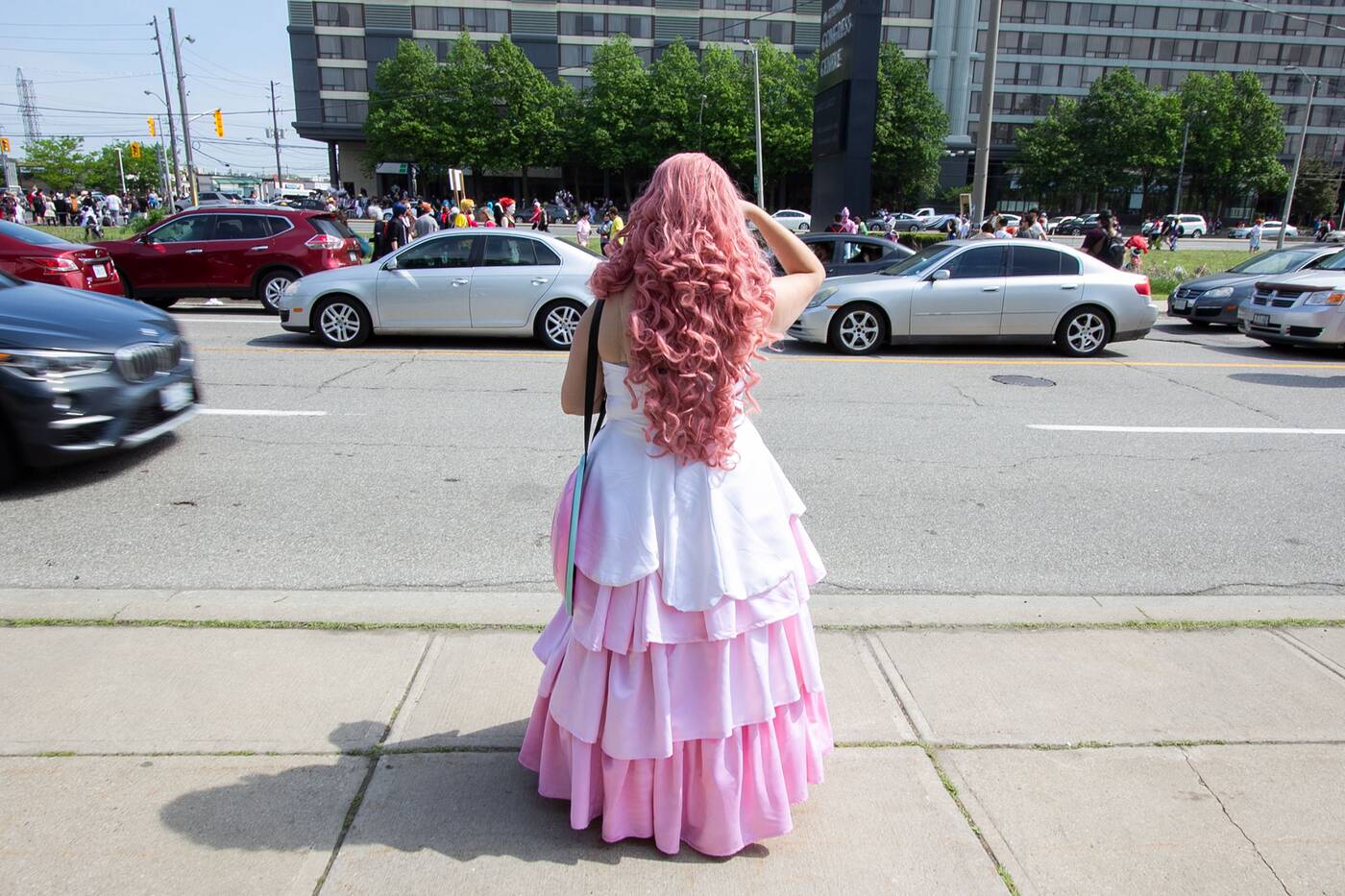