Torontonians tend to love their neighbourhoods and show their passion for them in different ways. Some organize giant yard sales, some have street festivals to attract outsiders, and then there's Parkdale.

A Parkdale couple love their neck of the city so much they created their very own t-shirts, hats and hoodies that simply read Park Fuckin Dale. They live, work, play, and breath Parkdale life, so it only made sense to rep the neighbourhood hard.

Creator Caleb O'Donovan started making Parkdale-themed shirts for himself in 2015. 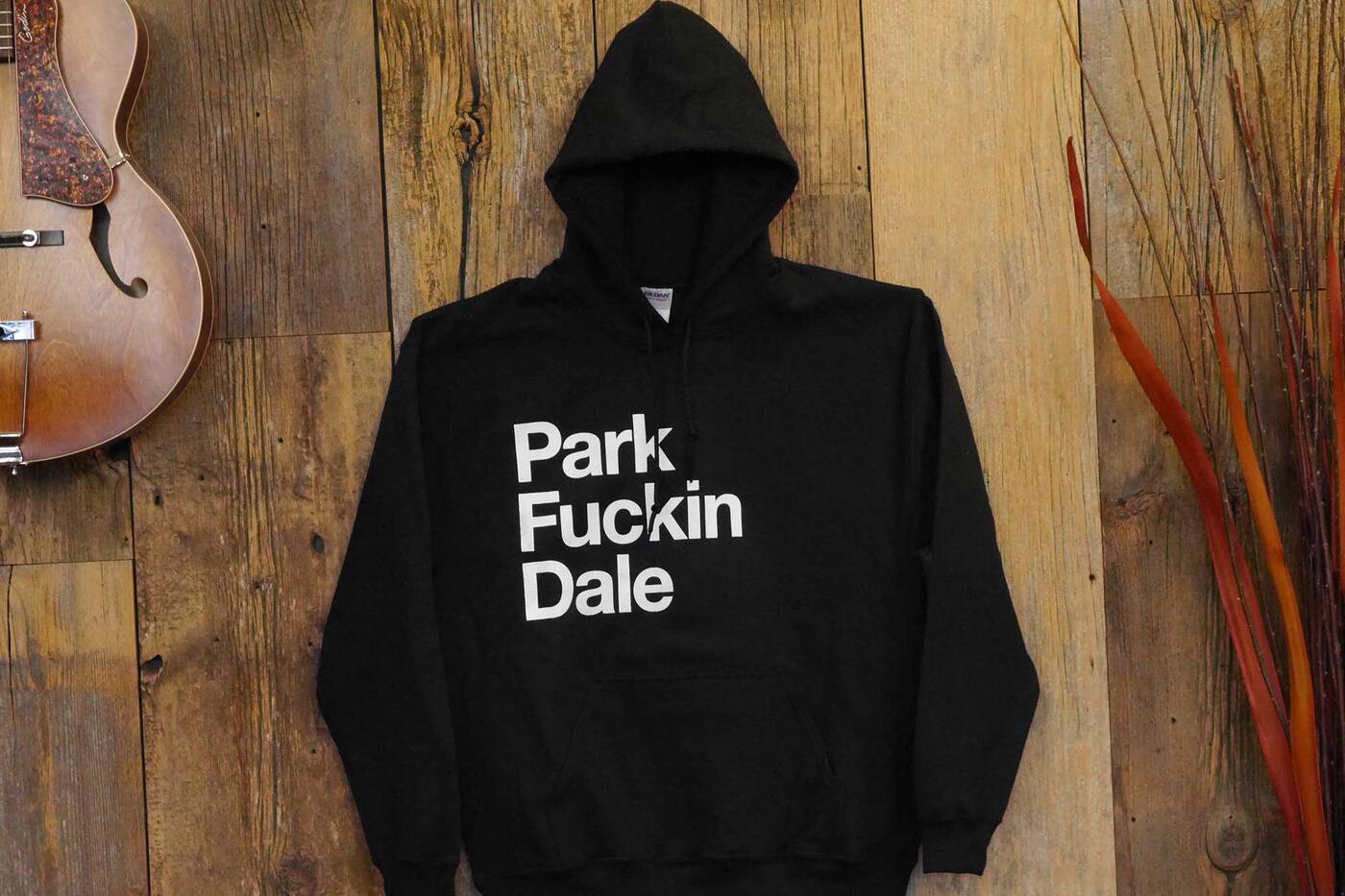 That's also around the time he opened Mankind. His clients loved them and folks in the neighbourhood kept asking where to find them, so he printed some extra ones to sell in his barbershop.

His wife Angie Seitz soon jumped on board to help with demand and opened an online shop and the rest is Parkdale history.

Grey tees are $25, hats are $30 and black hoodies are $45. They'll be adding a women's line and more items to the men's line in the next few weeks as well as tank tops in time for summer.

The top 10 stores to buy a sofa in Toronto