These guys are Toronto's version of Chippendales

Did you know Toronto has an all-male dancer troupe who takes off their clothes for entertainment? It's true, we do, and they're just like Chippendales except they're from Toronto and they're slightly more attainable.

"It's not just the show itself, it's a full experience," say Chris Cecile, the creator and founder of Handsome International Men. "Meeting the guys makes it so that it's more than just pure fantasy, you actually talk to them and get to know them."

Chris and his troupe of eight to ten semi-naked hunks perform about nine shows a year, and many of them happen at Union Nightclub. Women and men are welcome to show up, step into the beauty lounge, get dolled up (it's part of your ticket), meet the guys, watch their hour long show and then take photos with the boys afterwards.

"We're not male strippers per say and we're not burlesque," Cecile says of his classy show. "We don't have the comedic element, so we've carved a niche between the two, it's a challenge for marketing." 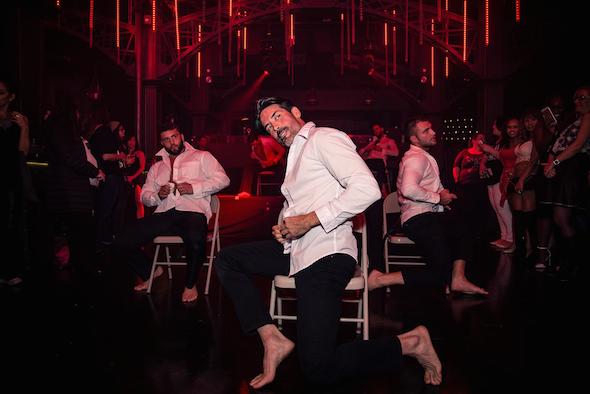 But what could be the challenge? It's a pile of beefcakes teasing you with choreographed dances and lots of audience participation - it's an adult entertainment no brainer.

"The [audience] needs to see skin or they will go on stage and rip our clothes off," Cecile explains. "We've had that before where we're hearing shouts from the audience after the first number.... Take everything off!"

Don't worry, they eventually do take everything off. No full frontals, but lots of bare butts to appease the hungry viewers. 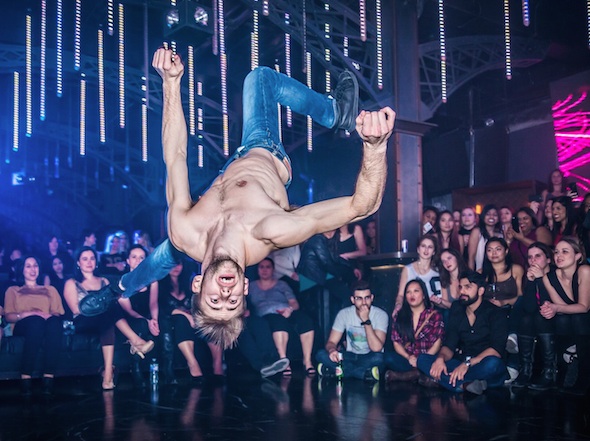 "Women are active members of the show and we often ask for volunteers," he says. "Our last show a woman stormed on stage and almost broke into a cat fight with another woman to get her spot in the chair.

"We're going to try to have more opportunities during the interactive part of our show to help alleviate that issue in the future."

Maybe it's the fascination with flesh, the increase in sexy films like Magic Mike or Fifty Shades of Grey or the idea that landing one of these guys is possible; HIM are having no trouble filling a 400-person room or landing private gigs. 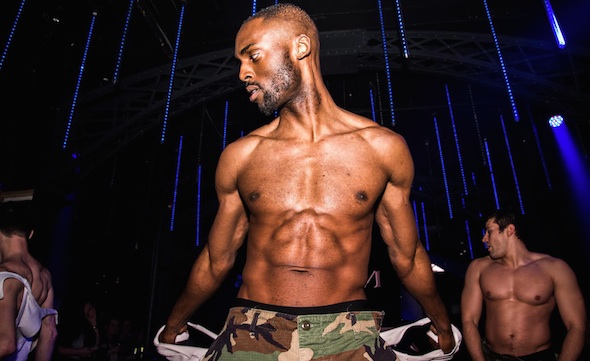 "We don't have a cookie-cutter versions of our men," Cecile says. "We prefer handsome men obviously, but physique-wise we like real guys as well. We want them to attainable, fantasy, but at the same time, they're not all beefed up muscle guys.

"We want boy next door, tattoo guy, handsome suit guy, young college guy, we want a variety of characters... there are so many tastes we want to cater to as many as we can."