The 10 most outrageous looks from Fashion Art Toronto

Fashion Art Toronto (FAT) ended with a bang on Saturday, bringing to a close the 11th instalment of Toronto's alternative fashion week. This year's theme, DRESS CODES, challenged designers to explore the connection (and disconnection) between fashion and identity. Highly conceptual looks swept and sashayed at the Daniel's Spectrum, many of which left the audience either amazed or alarmed.

Here are my picks for the most outrageous looks from FAT 2016.

Wallace Playford
Katherine Laird and Jennifer Murtagh of Wallace Playford drew inspiration from Japonism to create this season's pieces, putting a Japanese spin on their already kooky fashions. The screen-printed kitten on the models' underwear was a cheeky detail in a collection meant to explore historic ideals of feminine sexuality. 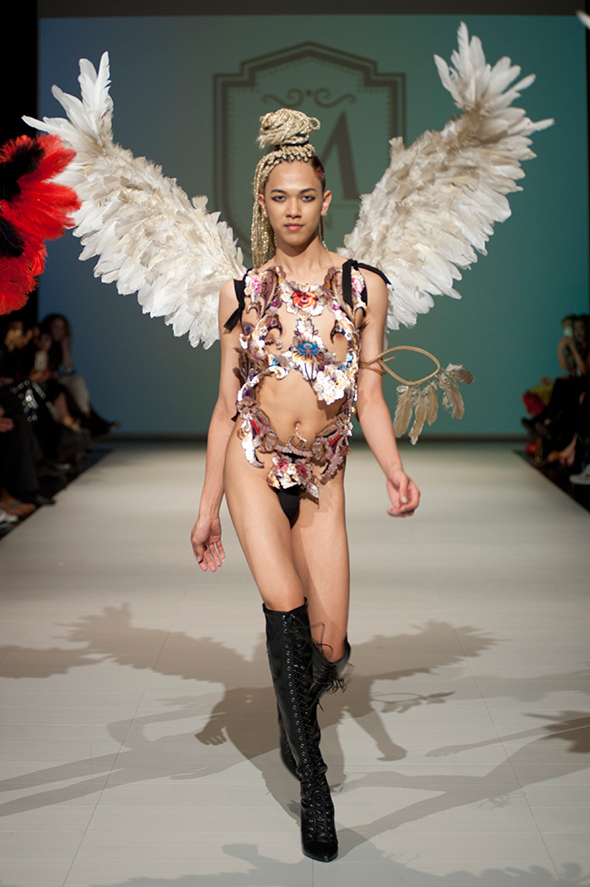 M-Line
Matthew Ngan took concepts from both the Marco Marco and Victoria's Secret Fashion Show to send a collection of men's underwear down the runway. The pieces were made with fun, floral appliquĂŠs inspired by the designer's Chinese background. Massive angel wings and sprawling embellishments made this look extra showy, though each one was a work of art. 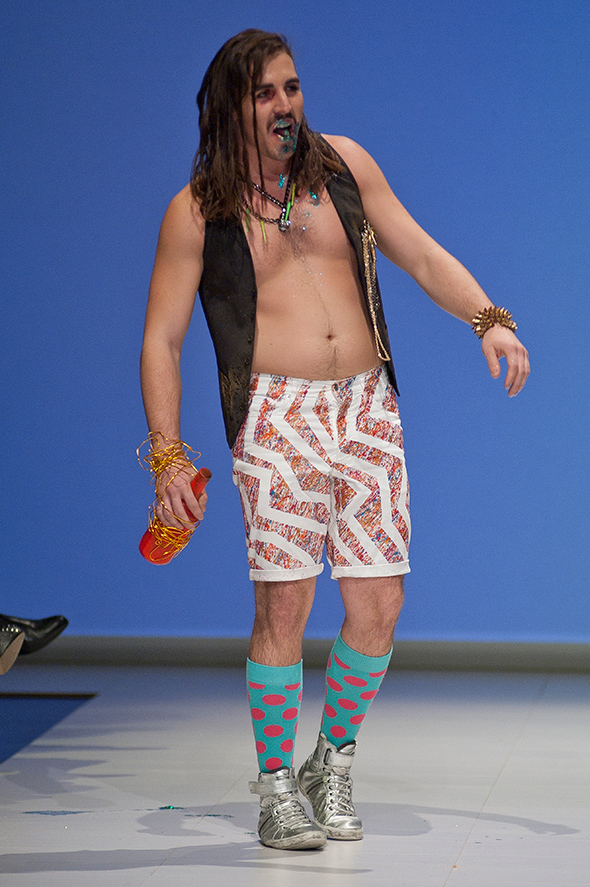 Amplify Apparel
Meant to illustrate passion and infatuation, Amplify Apparel closed FAT's opening night with a collection rightfully titled PLEASURE. Each model waltzed across the room with some sort of suggestive prop; this man was tied to a beer bottle and drooling glitter! 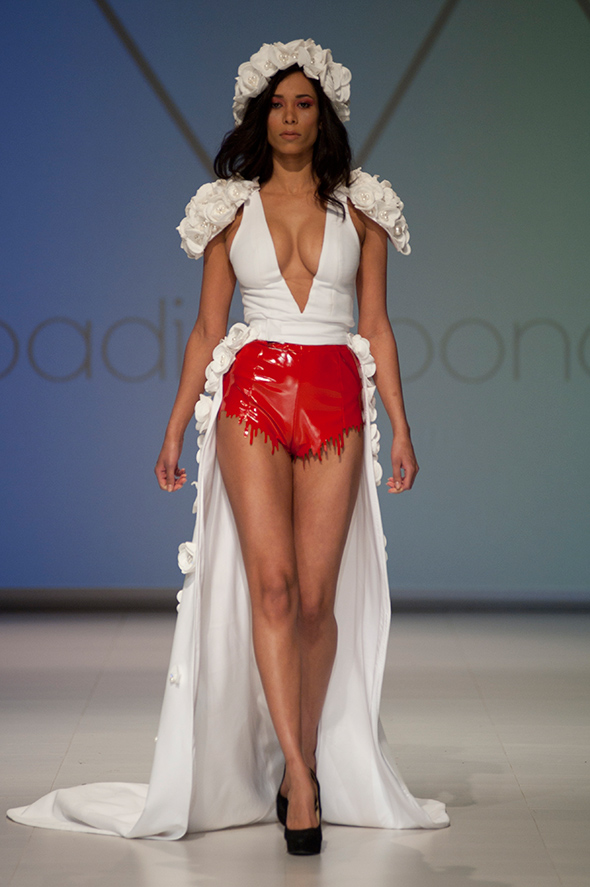 Padina Bondar
An exploration of a woman's reproductive biology, Padina Bondar's XX collection is meant to illuminate the oppression that goes hand in hand with the female condition, presenting rather edgy pieces. This look in particular was hardly subtle, appearing to represent loss of virginity. 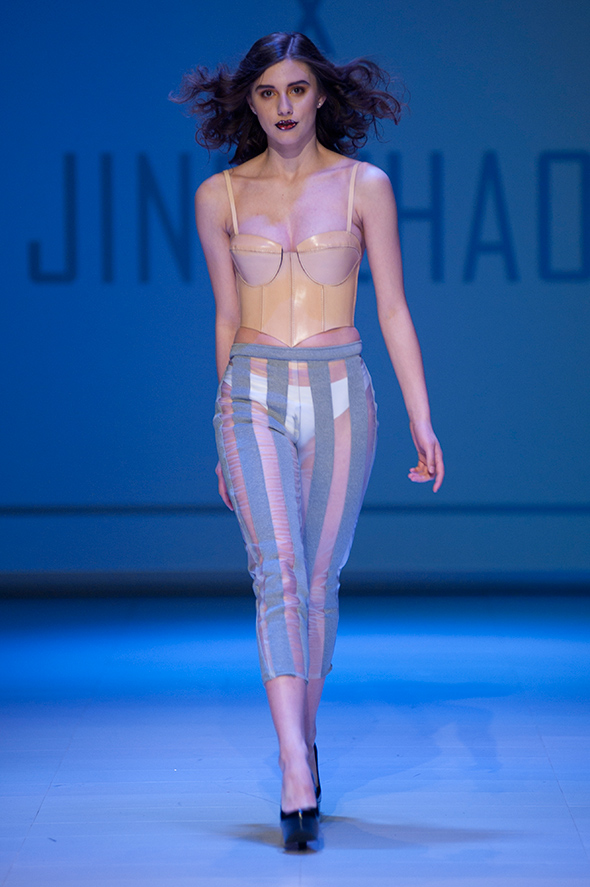 Feyanki Law
Having shown her Spring 2016 collection at Toronto Fashion Week, Feyanki Law is one of the more fashion-oriented designers of FAT, presenting looks in collaboration with Jing Zhao that were more or less ready to wear. This flawlessly crafted leather bustier and sheer pant may be the only exception. 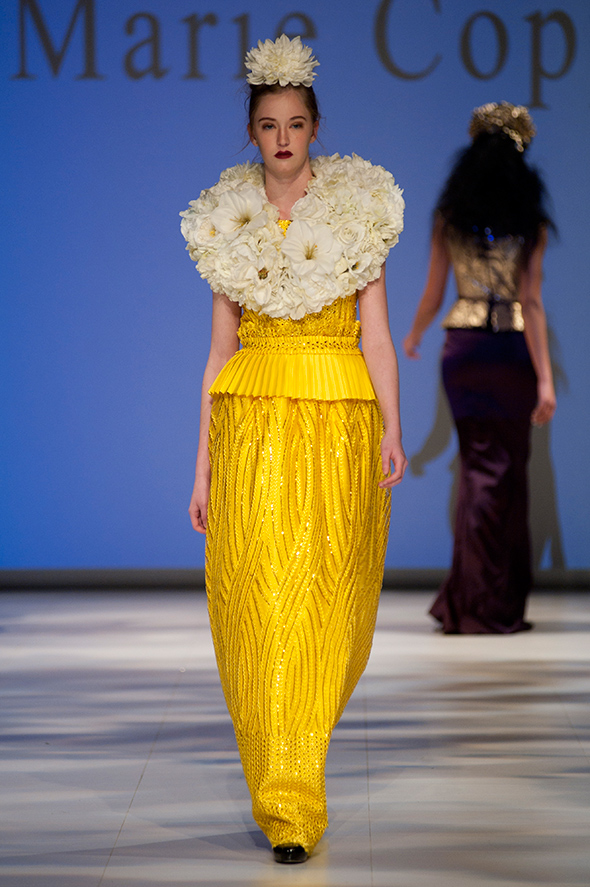 Marie Copps
As both a visual artist and fashion designer, it's no surprise Marie Copps' collection teemed with elaborate pieces and the highest attention to detail. An eye-popping yellow dress with gold embellishments was topped off with a shawl of white flowers. 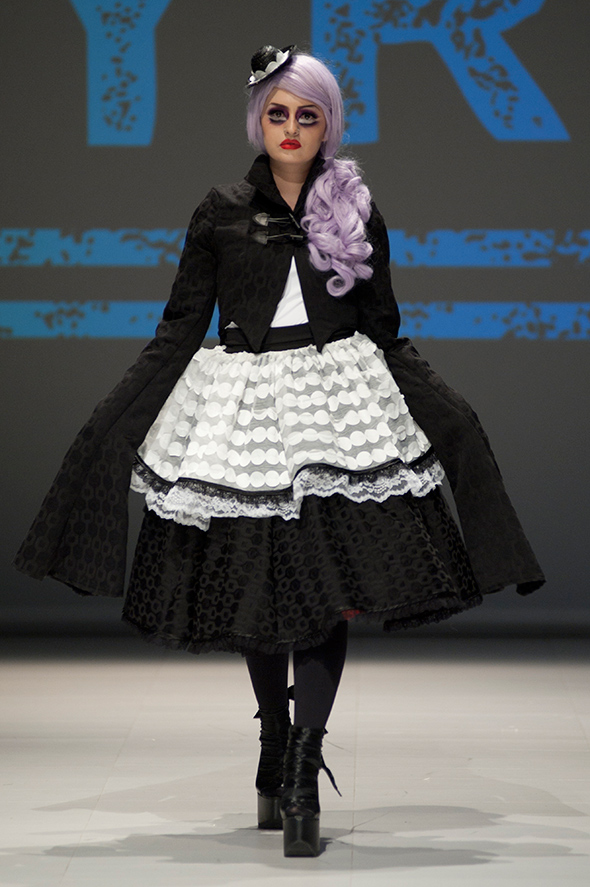 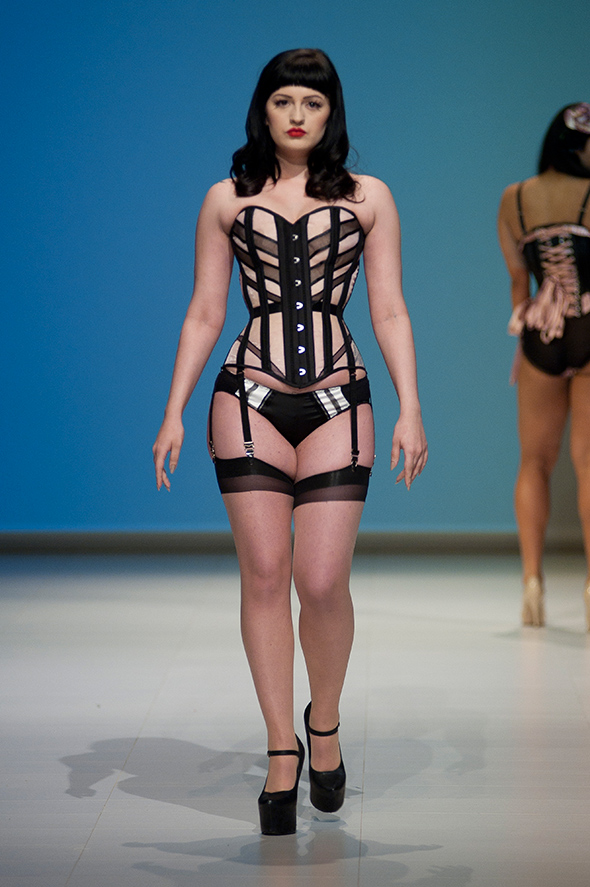 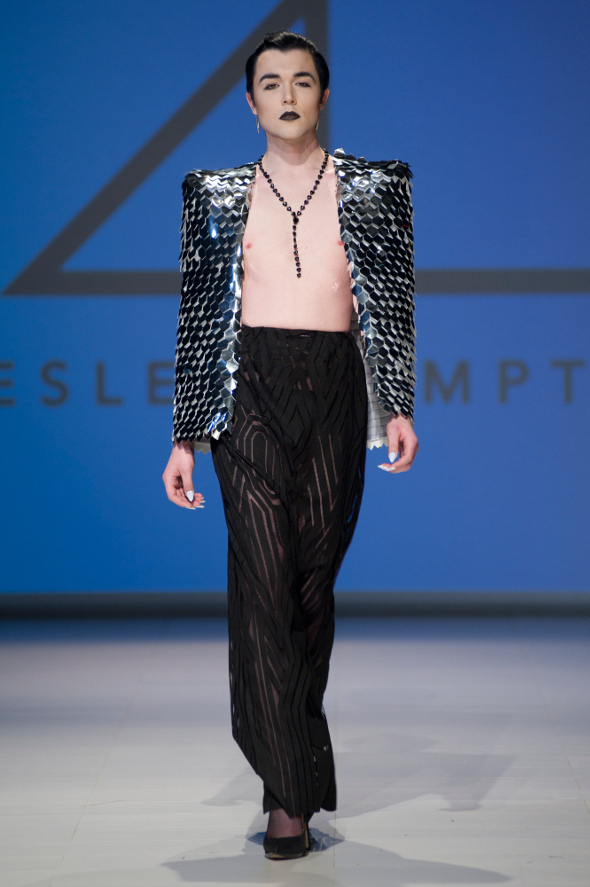 Lesley Hampton
Reimagining the Native American jingle dress for contemporary city life, Lesley Hampton presented an edgy collection of metallics fit for a warrior. A structured cape paired with black accents was amongst the 14 striking looks. 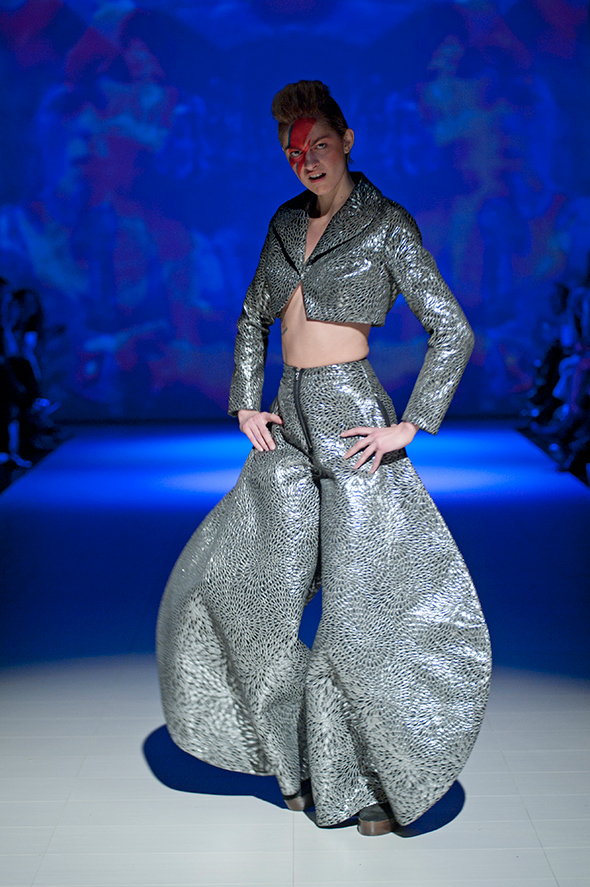 Evan Biddell
As the first winner of Project Runway Canada, Evan Biddell dedicated his show to the late David Bowie and his wife Iman, the host of the TV show. He casted an array of androgynous models as Bowie, and dressed them in showstoppers like this textured silver suit.

Do you agree with my picks? Let me know your favourite looks from FAT in the comments.