Fashion Art Toronto (colloquially known as FAT) took over Daniels Spectrum last week, celebrating 10 years of providing a platform for some of Toronto's most innovative up-and-coming designers. With a lineup that brings a heavy theatrical element and some transformative ideas to the runway, it remains a breath of fresh air in the city's fashion establishment a decade on.

Here are my picks for the top looks from FAT 2015.

Sandra
The biggest showstopper in Kitchener-based designer Sandra Al-Dabbagh's fractal-patterned collection was this strong-shouldered neoprene dress. It's highly sculptural and conceptual while remaining wearable, even feminine. 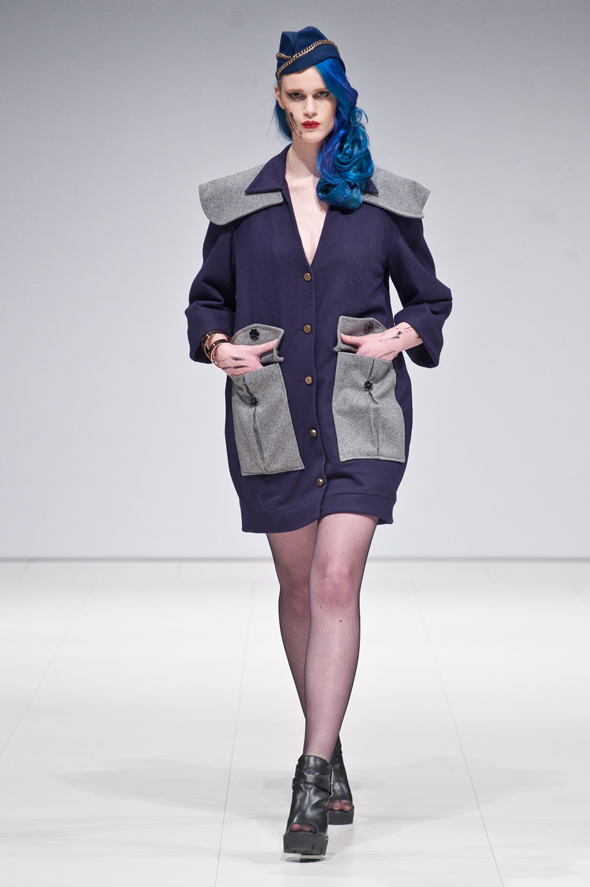 Venita Salian
Novice designer Venita Salian's collection was inspired by Amelia Earheart and other trailblazing female aviators from the '30s, which gave way to the opening look, a refined-yet-tough military coatdress. 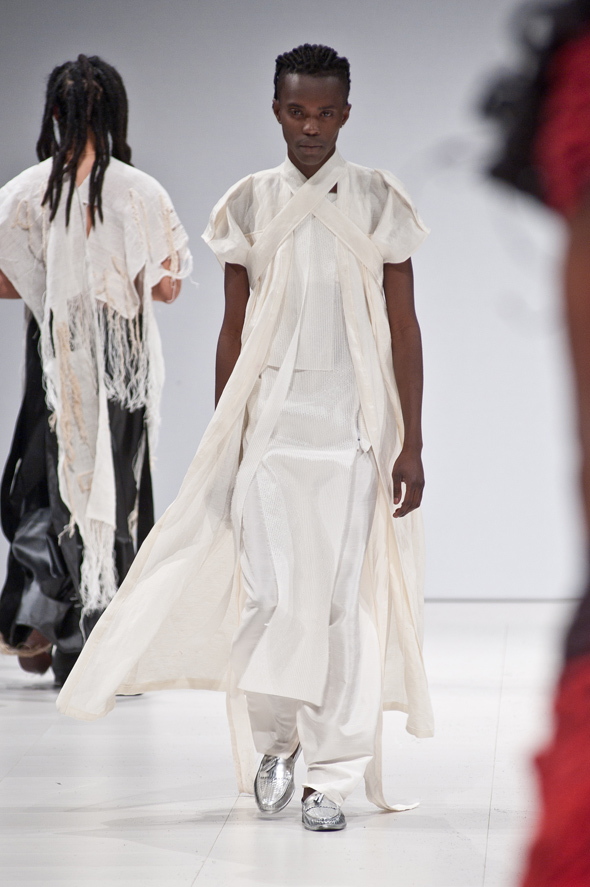 L'Uomo Strano
Finding a new home at FAT after that kerfuffle at TOM*FW last season, Mic. Carter rolled out his latest collection, which featured draped, sashed robes in tones of red, grey, mauve, and this ethereal sheer look. 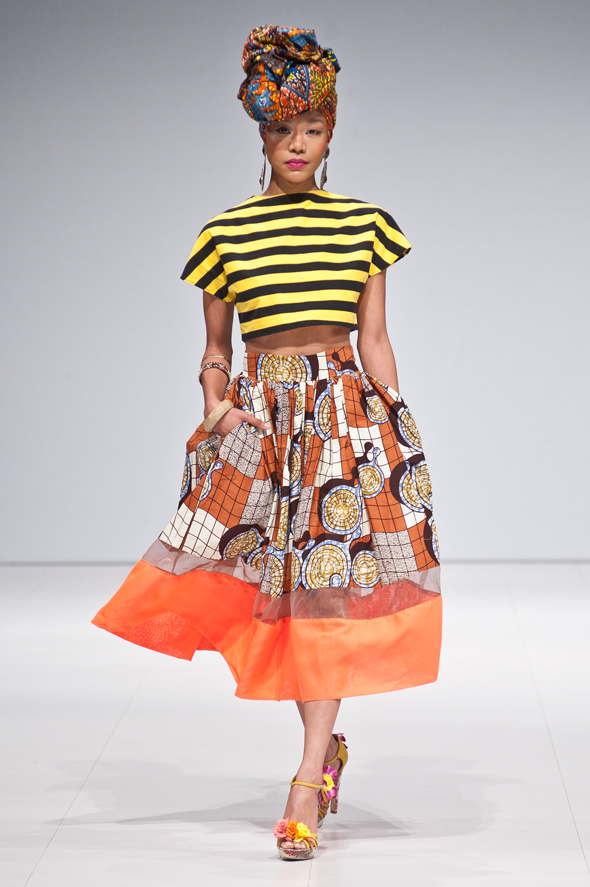 Kaela Kay
FAT is traditionally all about extremes, from the minimal to the super-sexy to kitchen-sink looks - but Kaela Kay's collection was a refreshing mix of sweet, classic shapes and bold mix-and-match patterns. 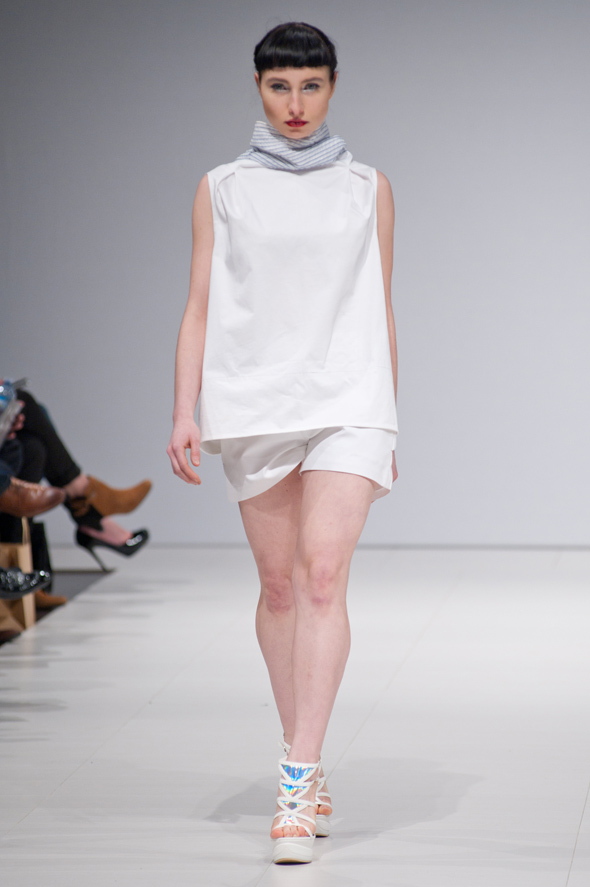 Maya Charbin
Charbin's collection was full of drapey, white-and-seersucker basics in unusual shapes (several of which were revealed, cleverly, to be convertible garments at the end of the show). This cowl-neck ensemble, meanwhile, stuck with futuristic simplicity. 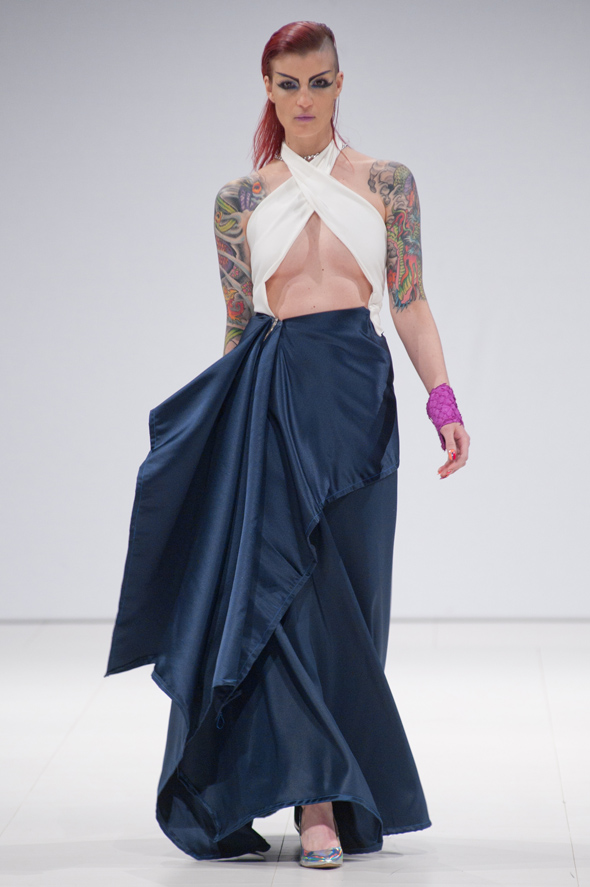 DuLaree by Andy Jones
There's no shortage of drama on the FAT runway, but this look from Jones made a major impact with its strong lines and over-the-top sexiness. 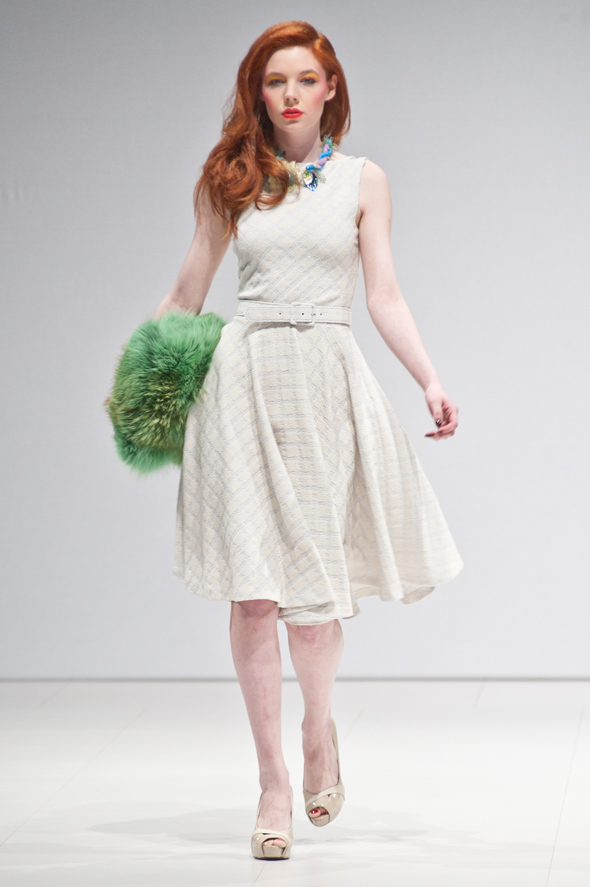 Lazar Couture
Though the Lazar collection was a little on the uneven side, this look was perfectly judged: Kelly-green muppet fur (a texture all over the runway this season) against clean, white, geometrically-textured fabric. 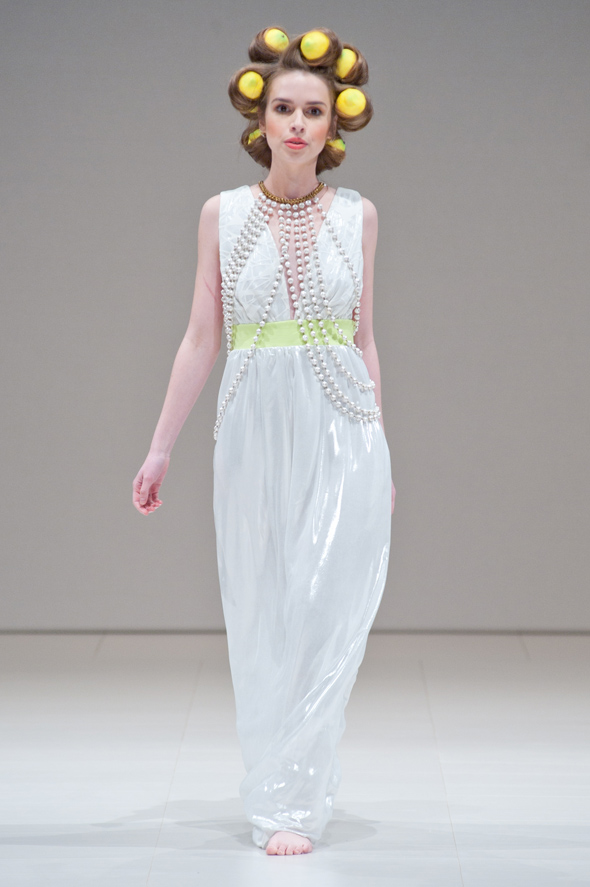 Copious
The Copious collection swung back to the '60s with flower-power prints (not to mention those Mad Men-meets-Alice In Wonderland hairdos). Lemon-lime shades added a fresh touch to spring dresses and long gowns. Anybody thirsty? 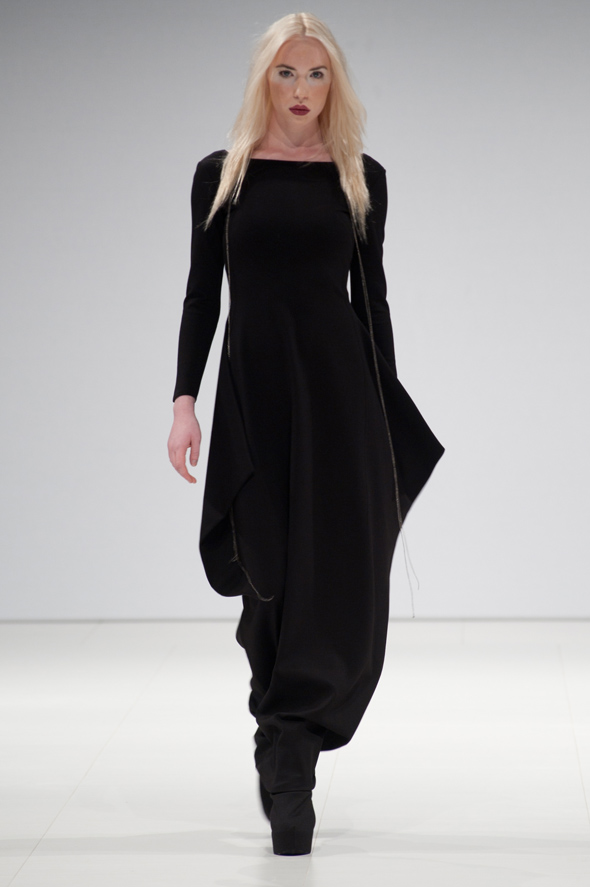 Rossow
Nobody does minimal quite like Rossow; though her collection of basic blacks achieved a healthy balance between structured and draped, my fave was this floor-length number, which featured pointed stingray-like sides that swung in and out as the model walked. 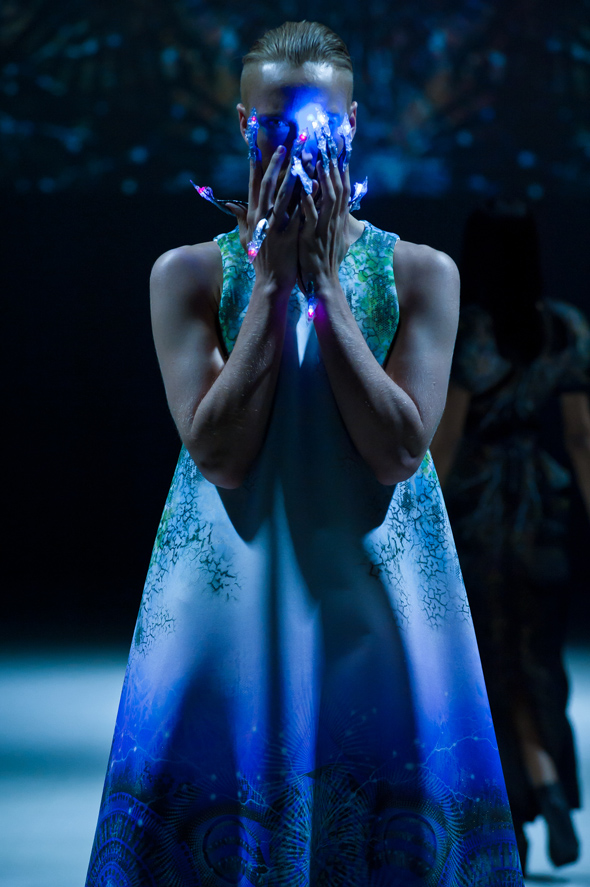 Evan Biddell
After a lengthy exile in New York, the Project Runway alum returned to his home and native land in a big, big way last week. Models, transformed into "lizard people", wandered langorously in pieces handpainted with gorgeous scales. Model Myles Sexton came out last in light-up nails and a white-and-neon gown before a blazing finale under blacklight. Hey, welcome back, Evan.

Do you agree with my picks? Let me know your favourite looks from FAT in the comments.