For some designers, World MasterCard Fashion Week isn't just another multi-thousand dollar extravaganza, another notch on their celebrated belts -- it's a way for newcomers to break into the growing Canadian fashion industry in hopes to come out on top. Like Joe Fresh's humble grocery store beginnings or Eran Elfassy and Elisa Dahan of Mackage's elementary school friendship, everyone's gotta start somewhere. 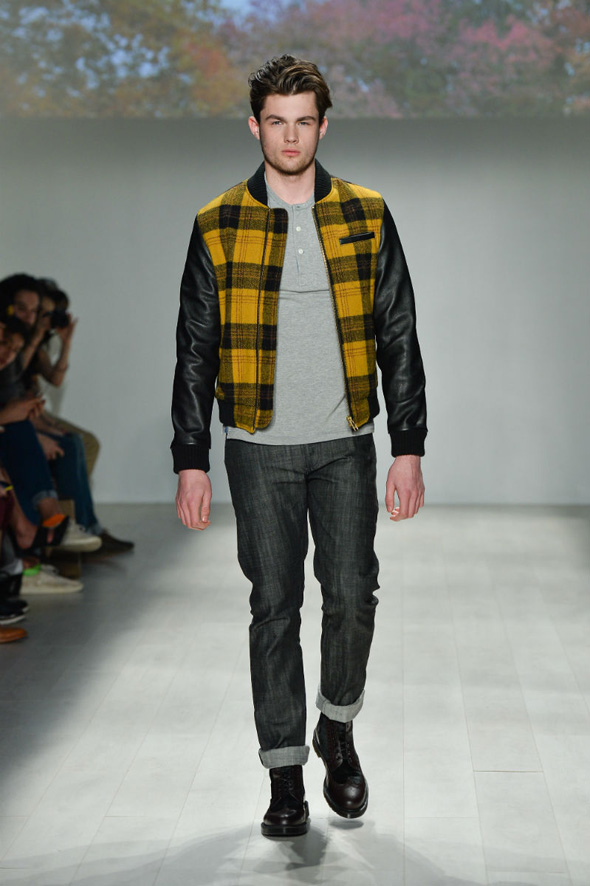 Outclass
Despite being Outclass' first show since its OCAD thesis origins, the local menswear brand seemed to know exactly what they were doing this past Wednesday. From the garment construction to the model selection, Outclass definitely did what they set out to do: make a good first impression. Using a rich palette of gold, emerald, burgundy, and plaid (is plaid a colour?), designer Matteo Sgaramella delivered a well-rounded Fall 2014 collection of must-have staples. 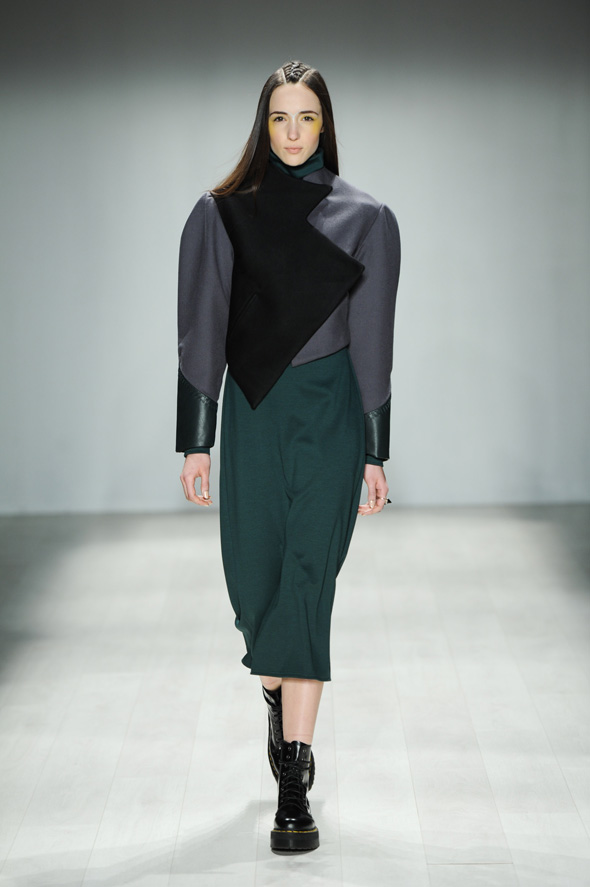 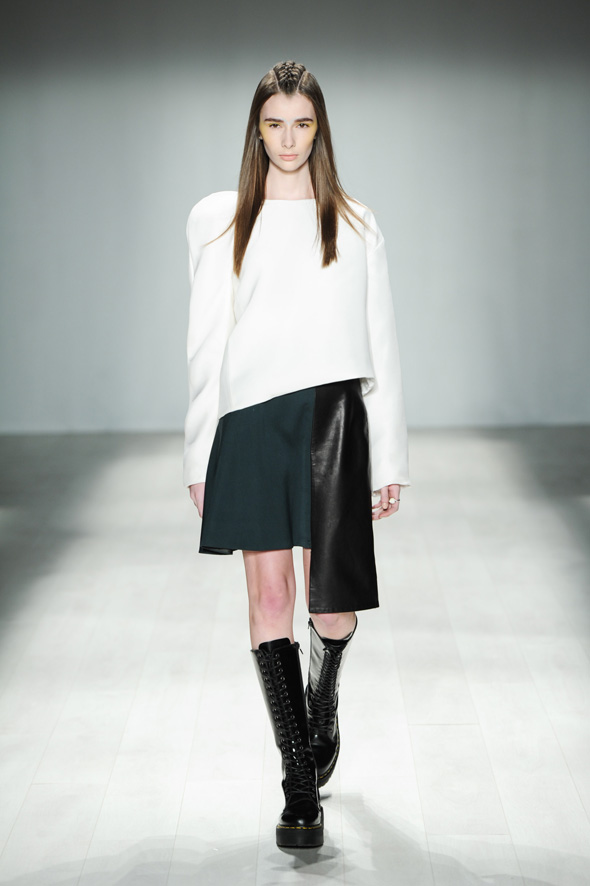 Brit Wacher
Brit Wacher is a B.C.-born, Montreal-based womenswear designer with a penchant for avant-garde silhouettes and interesting prints - and after runway stints in both cities, she gunned for the tents at David Pecaut Square. However, coming across her Spring 2014 lookbook before the show may have set my hopes up too high, because the construction and palette of her Fall 2014 collection ended up paling in comparison. Nevertheless, I'm still a fan; any Canadian designer that pushes the envelope deserves a pat on the back.

Rating: 3.5 balloon shoulders out of 5 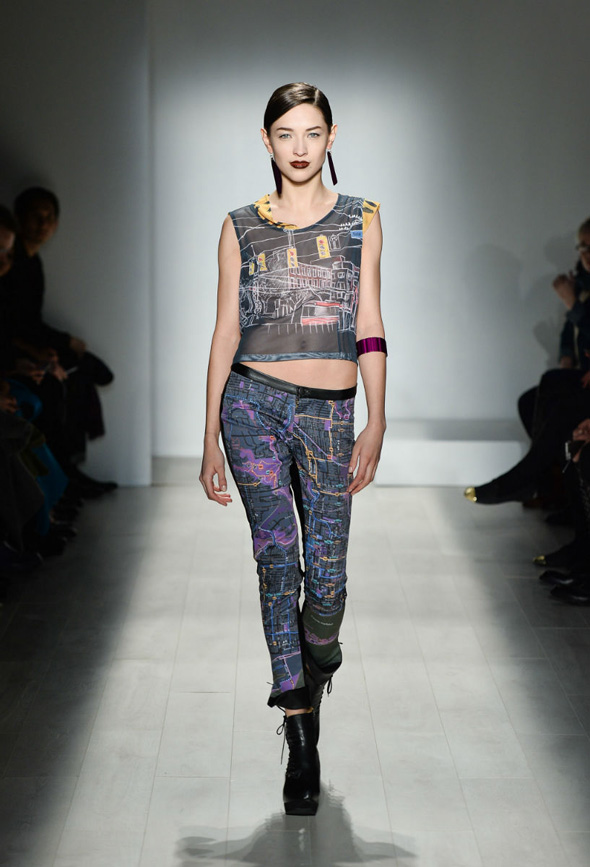 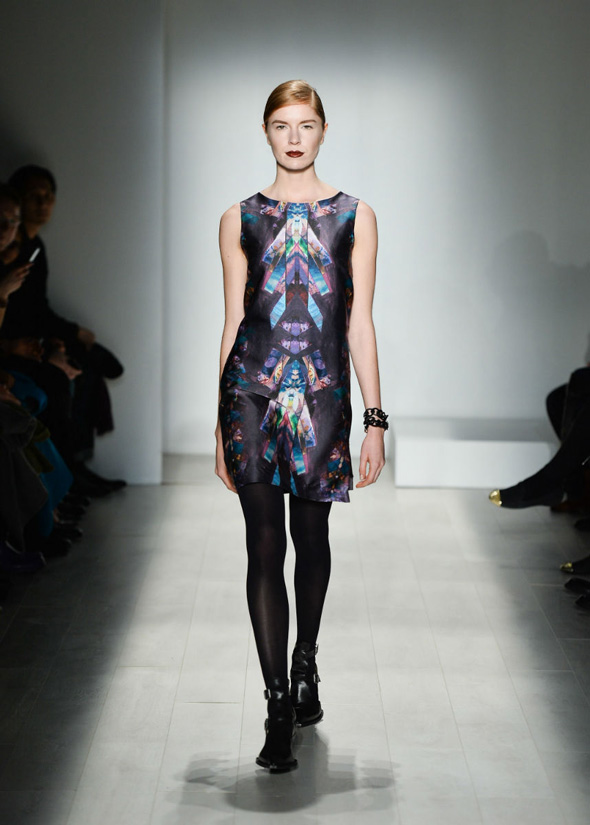 Anu Raina
Anu Raina, the textile artist responsible for the TTC subway scarf, paid homage to her city once again with her Fall 2014 collection. In a blend of blue and purple, she presented look after look dazzled with abstracted and overt Toronto cityscapes. The silhouettes could've been a little more inventive, but I guess she's always been about the prints anyway.

Rating: 3 doodle-y traffic lights out of 5 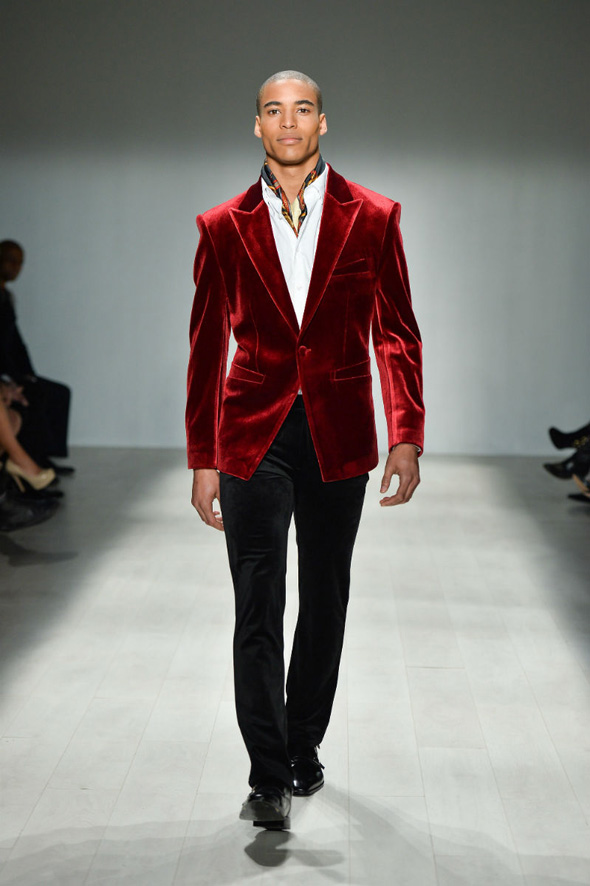 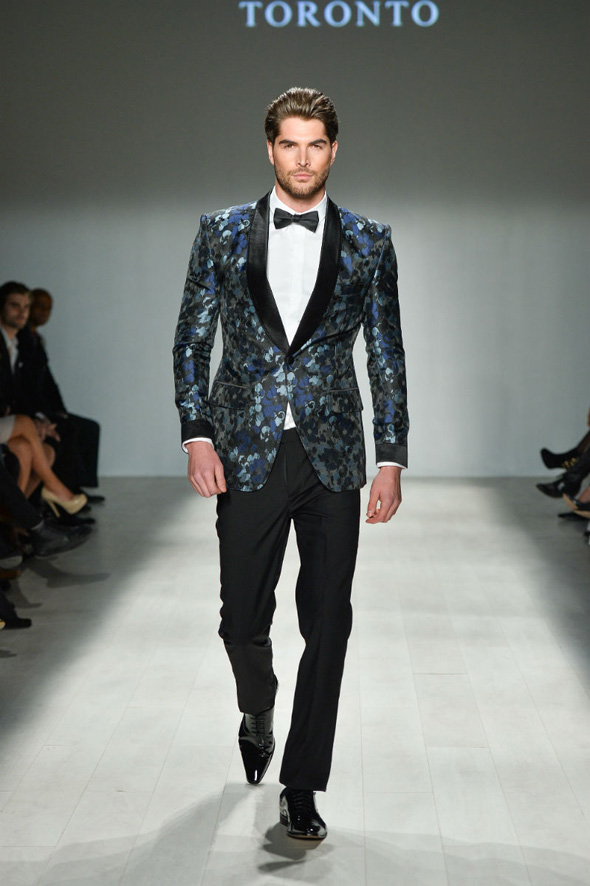 Rating: 4 slicked back hairdos out of 5 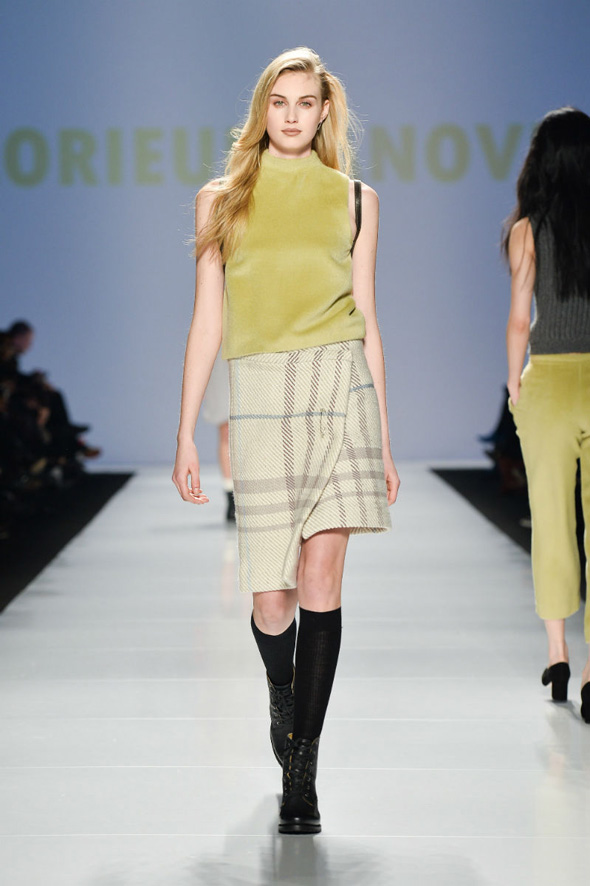 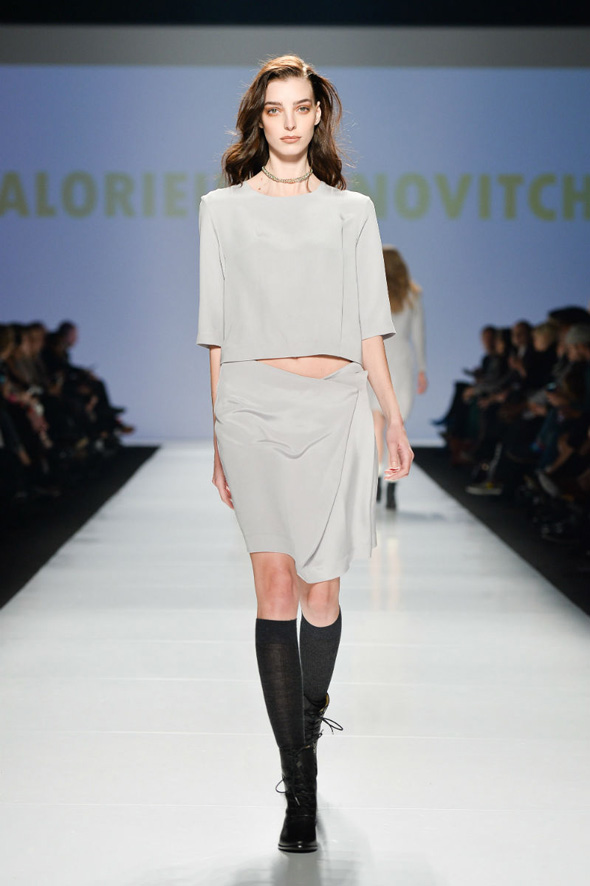 Malorie Urbanovitch
Crowning Malorie Urbanovitch first place (along with MatiĂ¨re Noir) at last season's Mercedes-Benz Start-Up Competition was no mistake. The grand prize (mentorship and a sponsored runway show) really gave the Edmonton-based designer a platform to prosper; her Fall 2014 collection was luxurious, exquisite, and fun all at the same time. Featuring minimal silhouettes, unconventional textures, and a smattering of dull chartreuse and powder blue, the looks were uniforms I'd love to wear every day.

Rating: 5 knee-high socks out of 5