The 10 most outrageous looks from Fashion Week

Most would agree that Canadian fashion is infinite levels of safe. And it's true; compared to its New York and Paris counterparts, World MasterCard Fashion Week in Toronto teems with humdrum pieces only made more exciting with dynamic styling and (some) fun colours. Although this is what works in our generally conservative country, there are a handful of designers who push (or try to push) the envelope using unconventional materials, avant-garde fabric treatments, and fur in bizarre places. Whether they left the audience smitten or stunned, these risk-takers deserve a round of applause.

Here are my picks for the most outrageous looks from World MasterCard Fashion Week.

After surviving this winter's polar vortex, it seems like Pink Tartan is ready for another. Designer Kimberley Newport-Mimran presented a flurry of bundled-up looks in her Fall 2014 show, but this portable sleeping bag takes the cake for the kookiest and cosiest. 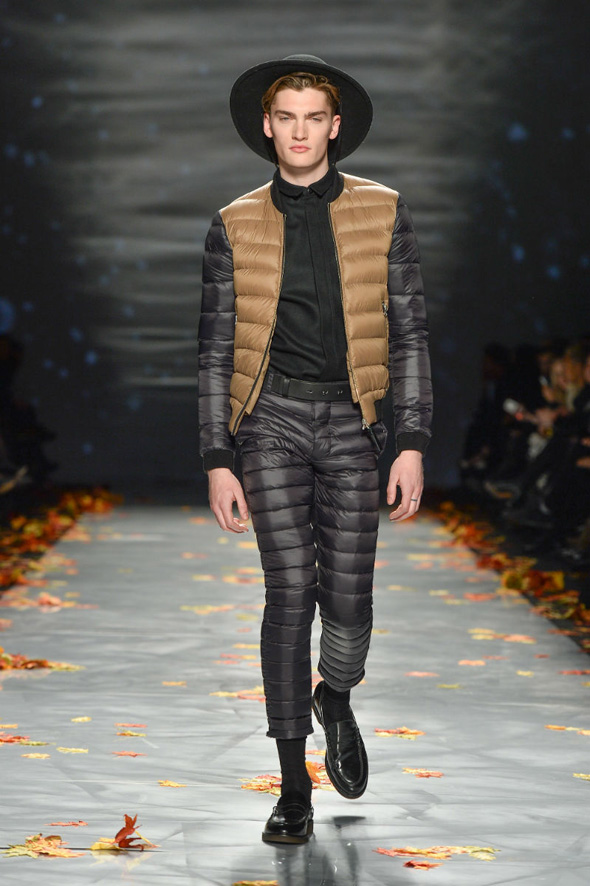 Ain't nothing like Mackage's cowboy Michelin Man to get you through a cold winter. 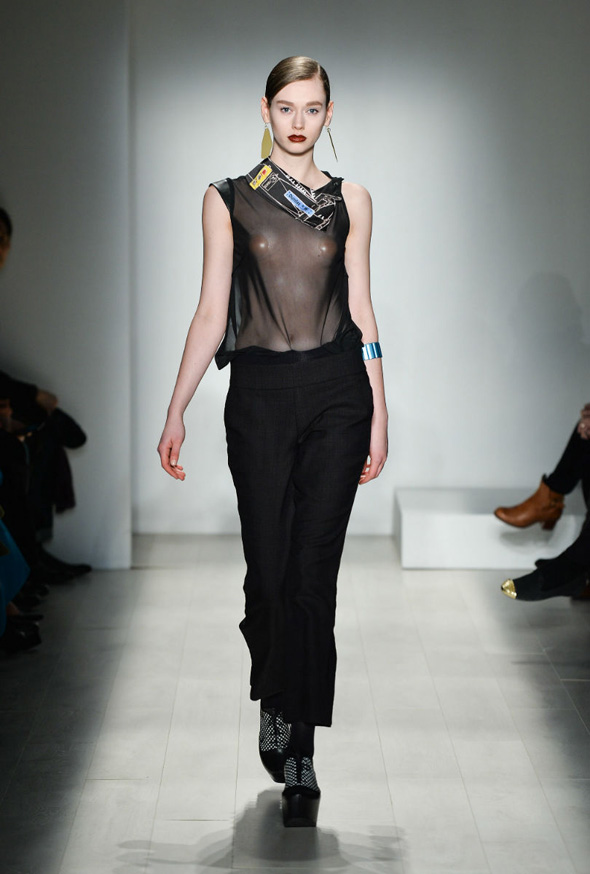 World MasterCard Fashion Week is no stranger to exposed nipples, which is why Anu Raina's chicken cutlet pasties were so perplexing. 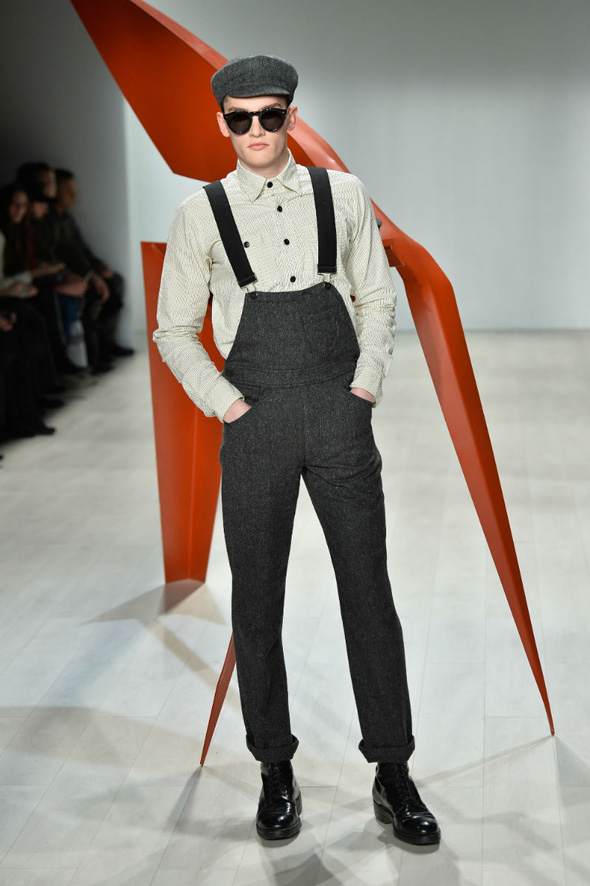 Overalls recently made a comeback in the fashion world, but Toronto's been slacking on the trend - until now. Klaxon Howl finally took the plunge and sent this rather sharp rendition down the runway. 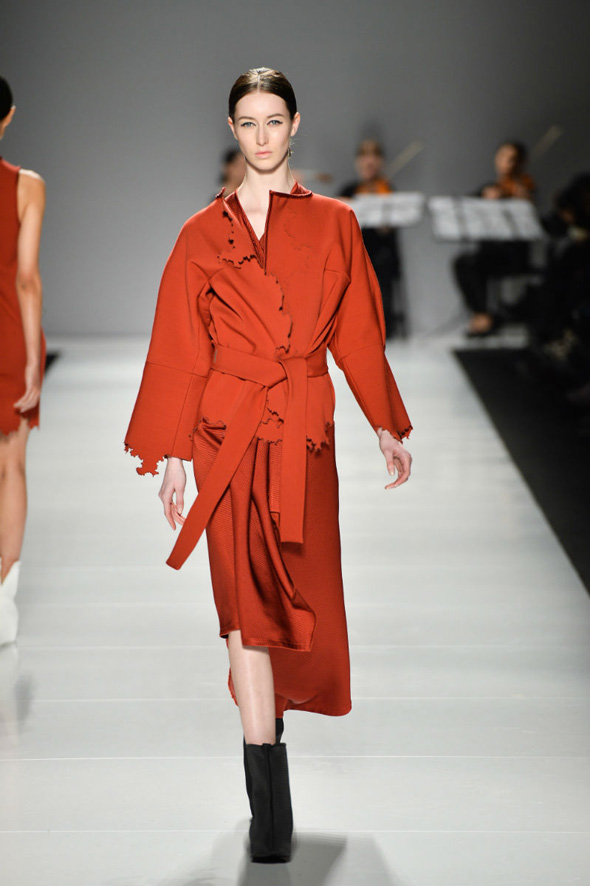 Sid Neigum Fall 2014 was filled to the brim with architectural masterpieces, including this rust-coloured ensemble finished off with purposely-tattered edges. 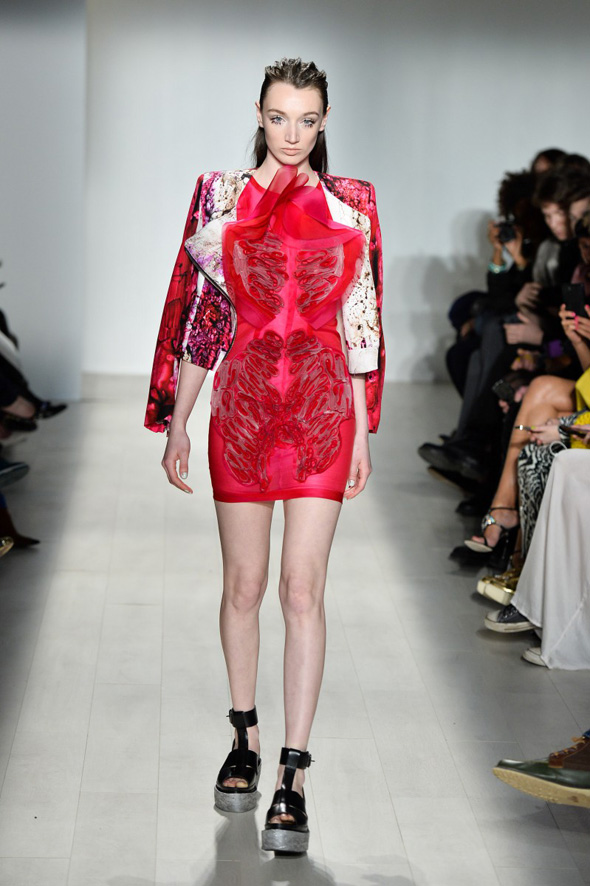 Nothing gets me as excited as a texture/print-heavy mass of fabric. So when this hot pink Mikhael Kale dress swept by under an equally busy motorcycle jacket, I went through the roof. Plus, its organza detailing reminds me of organs! Organza organs! What's not to love? 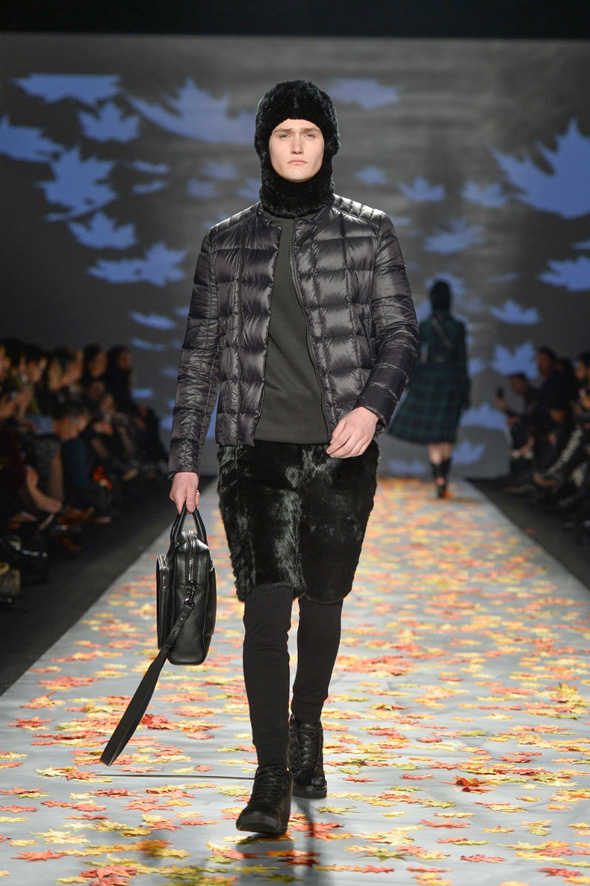 Snag a pair of Mackage's furry shorts for a warm bum next winter, but don't forget the bonnet to match. 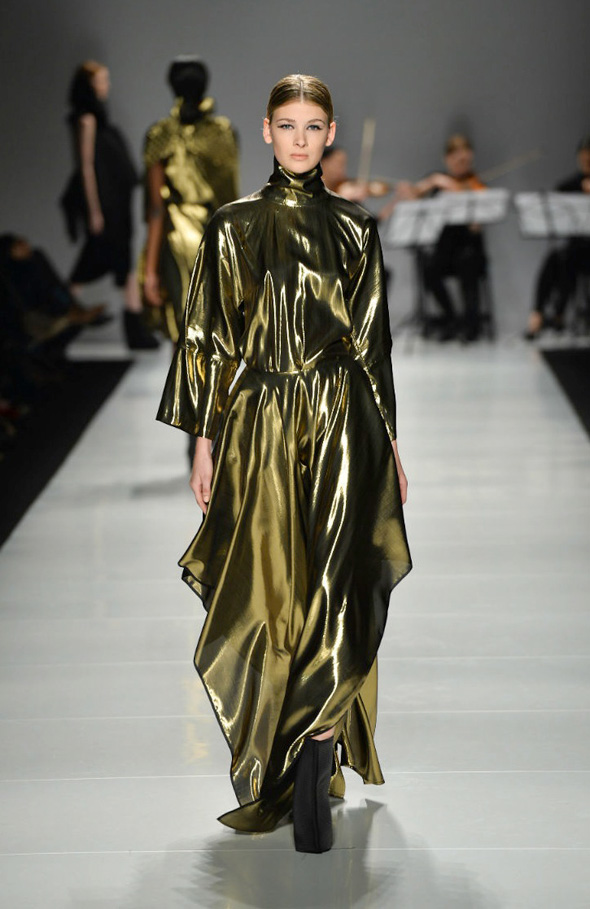 When Sid Neigum's turtleneck maxi dress with long sleeves sashayed past me, I was both amazed and dazed - its shiny surface and fluid drape moved beautifully, like a metal sculpture come to life. 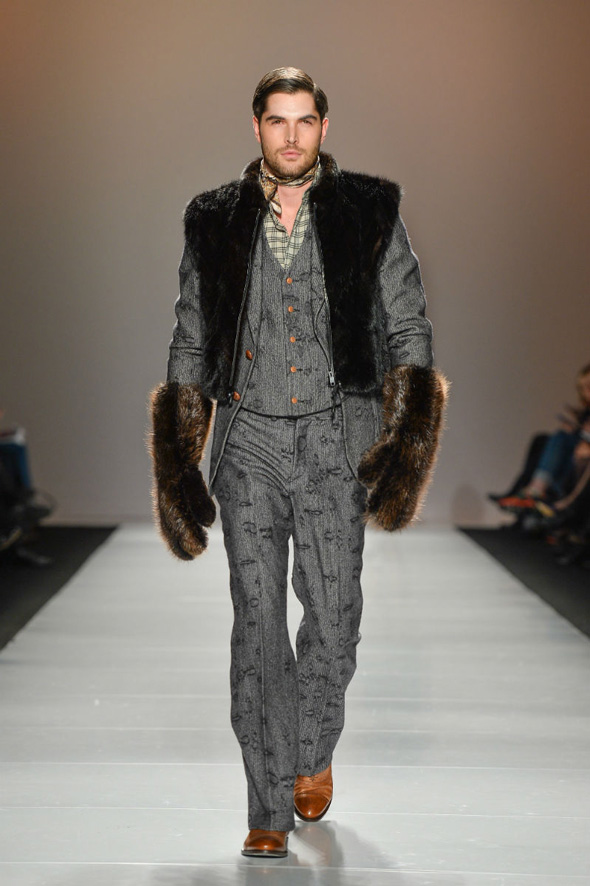 The entire outfit is definitely something to contemplate, but when this look by Farley Chatto hit the runway, I couldn't stop wondering: are oversized fur mittens a thing? 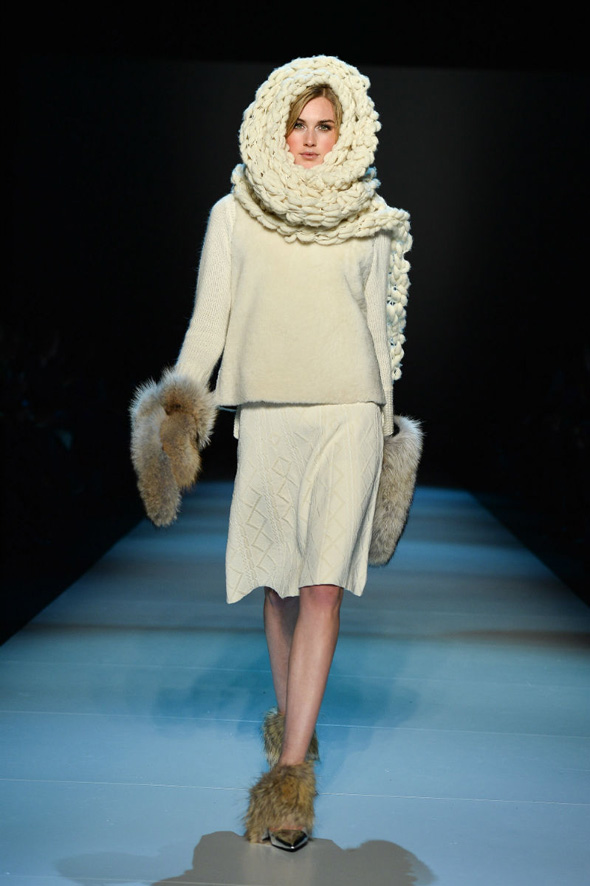 ... Oh, I guess they are. Thanks for confirming, Pink Tartan!