I'm going to be blunt: Toronto Fashion Week seems a lot like a long running, highly glamorized array of events rooted in vainglory. Designers pay tens of thousands of dollars to put on a 15-minute show. Attendees dress to the nines just because everybody else is dressed to the nines. All the parties are for Very Important People only. But, in the midst of all the glitz and glam, there are a handful of new designers eager to make their mark in the small but growing Canadian fashion industry - one short-lived runway show at a time.

Last week, I attended the debut presentations of said newcomers, and I was pretty impressed with what I saw. Here are the most promising new designers from Toronto Fashion Week Spring 2014.

Malorie Urbanovitch
When Jeanne Beker and Bernadette Morra broke the rules and selected two winners at this year's Mercedes-Benz StartUp competition, I wasn't surprised when Alberta's Malorie Urbanovitch was one of them. Her 8-look capsule collection features light silhouettes and a drool-worthy colour palette of lilacs, nudes, and mustards, not to mention a fun texture mash-up of silk satin and fuzzy knits. Everything is flawlessly finished and seemed fit the models perfectly, so I expect no less at her full runway show next season.

Rating: 5 faux sleeves tied around the waist out of 5 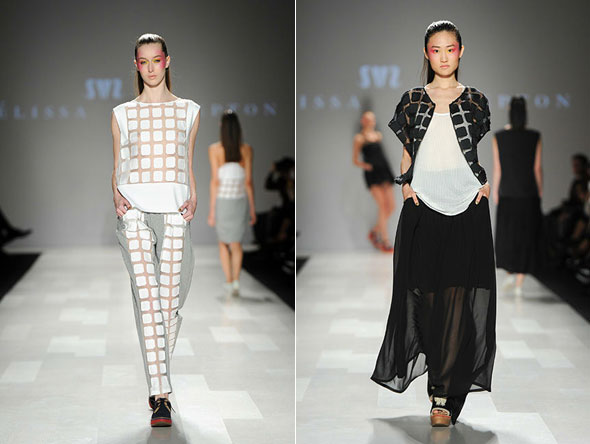 Melissa Nepton
Montreal-based designer Melissa Nepton claims to target the modern career woman, but based on what I saw on the runway, I think it goes a lot farther than that. She experiments with new silhouettes and often incorporates unconventional fabrics -- so much that I can only picture a Queen Street creative rocking one of her looks.

Rating: 4.5 modular squares on sheer organza out of 5 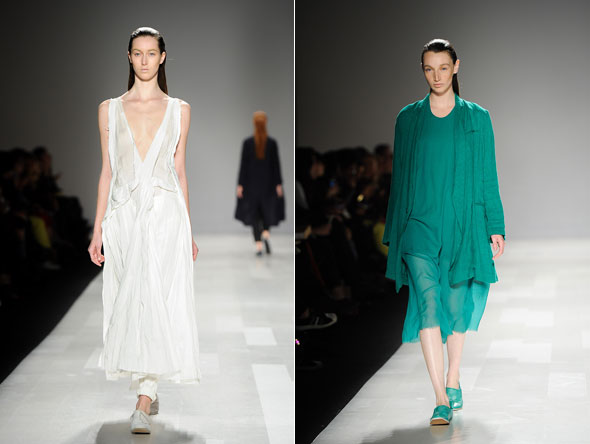 JNBY
Although JNBY's already made noise in their home base China, showing at Toronto Fashion Week was their attempt to find a place in the North American sun. At their Spring 2014 show, JNBY sent a sustainable collection of grunge-draped garments akin to those of Rick Owens and Damir Doma, but perhaps not as extreme or depressing. Bonus points for making eco-friendly look hip instead of hippie, too.

Rating: 4 bra-less, apathetic models out of 5 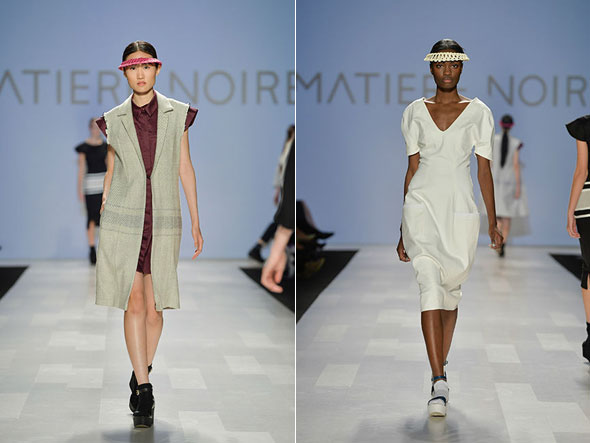 Matiere Noire
CĂŠcile Raizonville, the brains behind Montreal label Matiere Noire, is the second designer to claim the winning prize at this year's Mercedes-Benz StartUp competition. Her capsule collection of 7 looks is progressive, but not in an in-your-face kind of way. Structured sleeves, cleverly positioned stripes, and quirky accessories clearly stood out for the judges - here's to hoping they wow everyone next season, too!

Rating: 4 loosely woven visors that totally defeat the purpose of visors but look kind of amazing out of 5 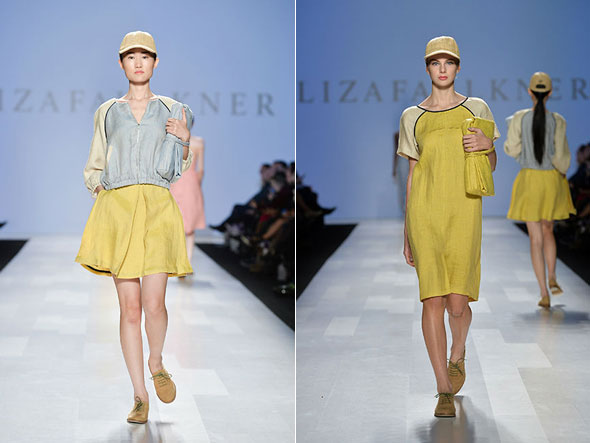 Eliza Faulkner
Eliza Faulkner sent less than half a dozen looks down the runway at the Mercedes-Benz StartUp competition, but every one of them was absolutely stunning. The Vancouver-based designer mixed sportswear with Sunday brunch attire - it sounds completely irrational, but it's actually pretty damn appealing. I'd give her a higher rating than the winners, but that hardly makes sense and I really don't think my opinion trumps Jeanne Beker's.

Rating: 4 cuddly matching clutches out of 5 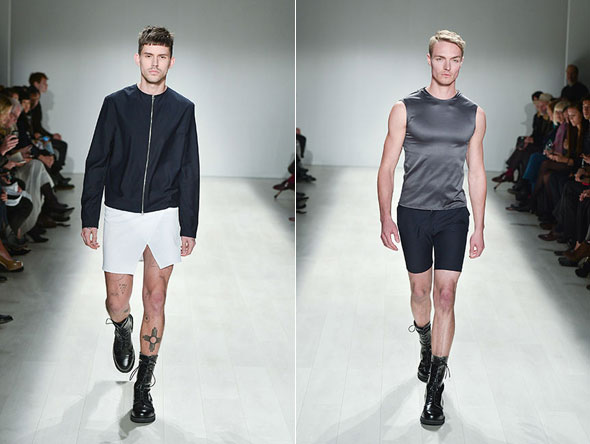 Honourable mention: Axel Kohler
Let's take this time to applaud Axel Kohler because his debut collection showed that he's not afraid to do doing something different in the conservative realm of menswear. I liked the icy colour palette. I'm even down for the high slit mini skirts. The textile choices threw me off a little bit, but I still have high hopes for the future of this label.

Rating: 3.5 perky pecks under a muscle tee out of 5