The 10 most outrageous looks at Toronto Fashion Week

Toronto Fashion Week dazzled fashion followers across the country with a whole slew of trend-abiding garments and expertly styled ensembles last week. But, the most inspirational looks - or at the very least, the most fun to watch as they waltzed down the runway - were definitely the wackier of the bunch. For the Spring 2014 season, much like every season, designers pushed the boundaries with extreme silhouettes, kooky prints, and, uh... questionable skin-baring.

Whether the audience left the shows starry-eyed or glassy-eyed, here are my picks for the most outrageous looks from Toronto Fashion Week.

David Dixon sent look after look down the runway, sheer organza and intricate lacework in tow. But, instead of the glamourized booty shorts we're used to seeing under see-through skirts, we saw granny panties. Full-on, high waist, lace-trimmed granny panties. Though there were many knickers parading about in his collection, this look takes the cake for the most shocking. 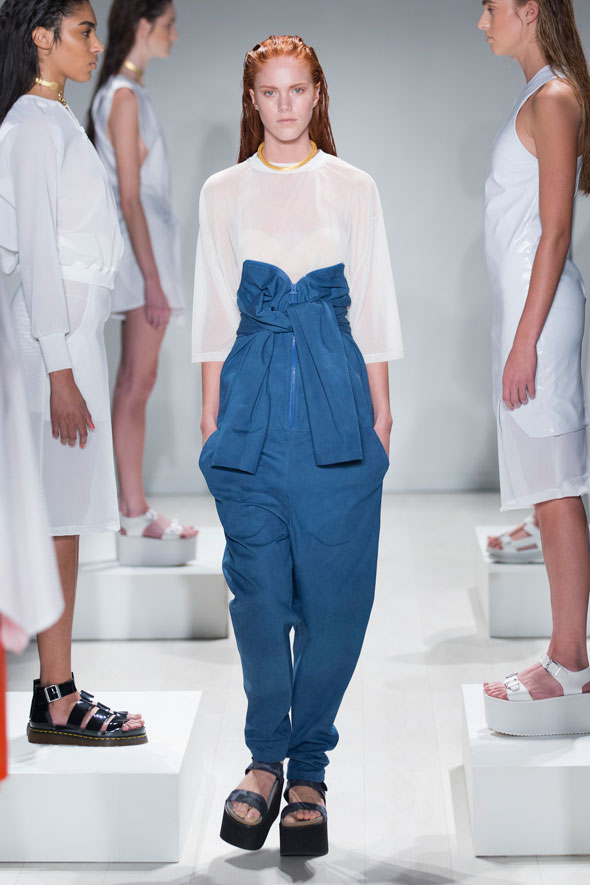 When Lacerda's final look made its way across the room, I remember thinking, "what is that strange contraption?" followed by, "I wonder if I could rock that," and concluded with, "no, I don't have the legs for high waist, drop crotch paper bag pants with sleeves." What a crying shame; I actually quite like them. 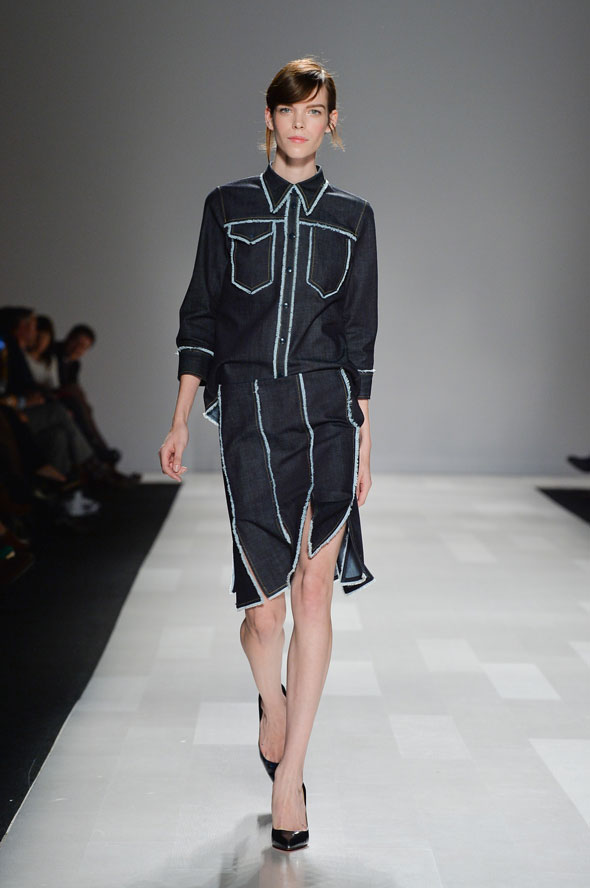 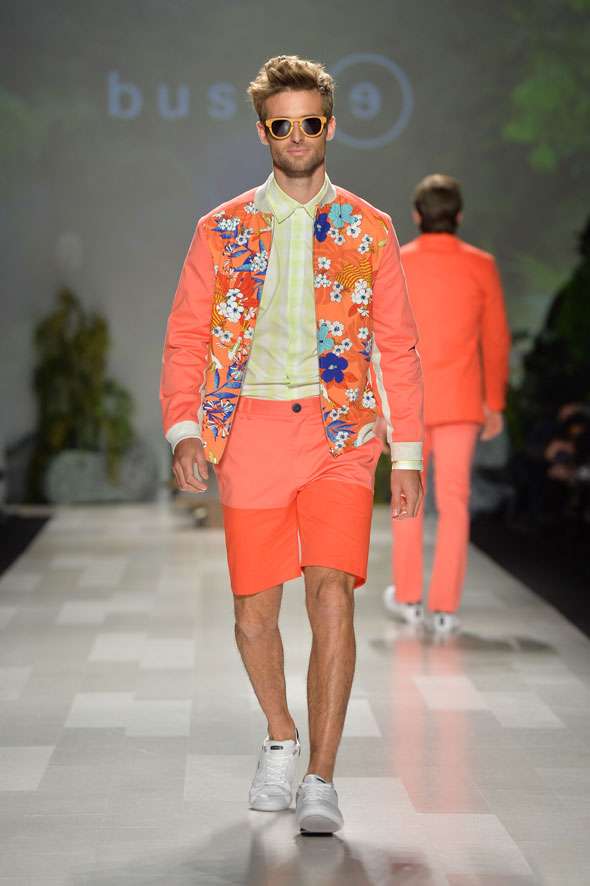 Year after year, Bustle whips out a hoard of menswear looks heavy in print and loud in colour. I realized this season was no exception as soon as a conglomeration of floral, stripes, and colour blocks stepped onto the runway. 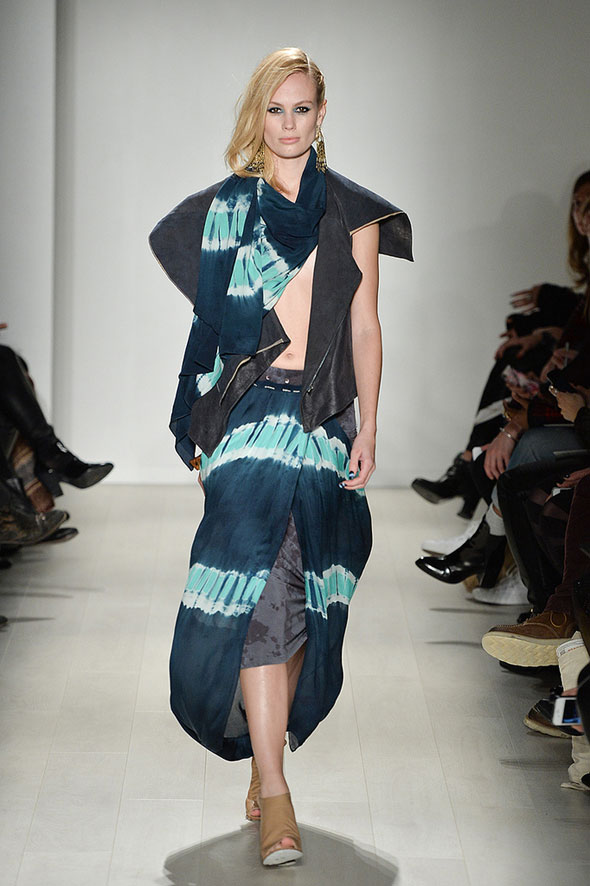 This look by Laura Siegel stood out amidst a sea of light and airy boho-chic get-ups, mostly because it features one big glob of leather and still manages to bare everything from the bosom to the belly button. 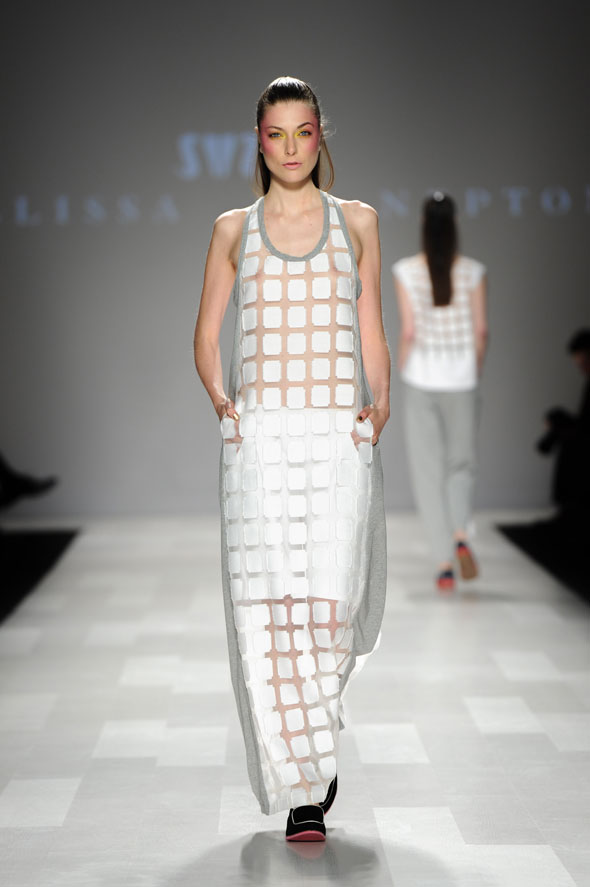 In her other pieces, Melissa Nepton made good use of a sheer fabric decked with rounded squares, juxtaposing it with solid whites and greys. But for this look, she used it for the entire front of a maxi dress - so basically, it's a wearable keyboard cover. 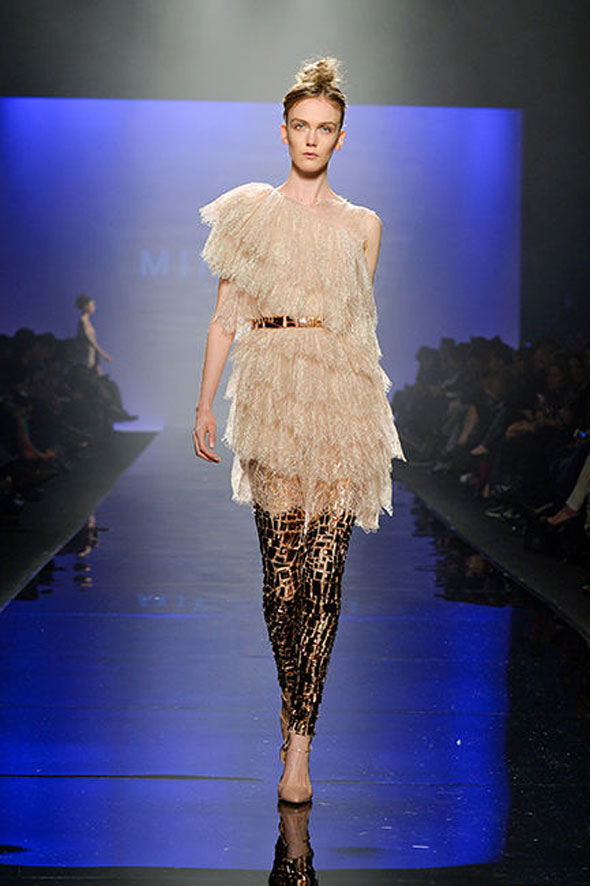 "Excessive" isn't exactly part of Mikael D's vocabulary. This ensemble's got all the bells and whistles: lace, ruffles, jewels, and a metallic belt to tie it all together. 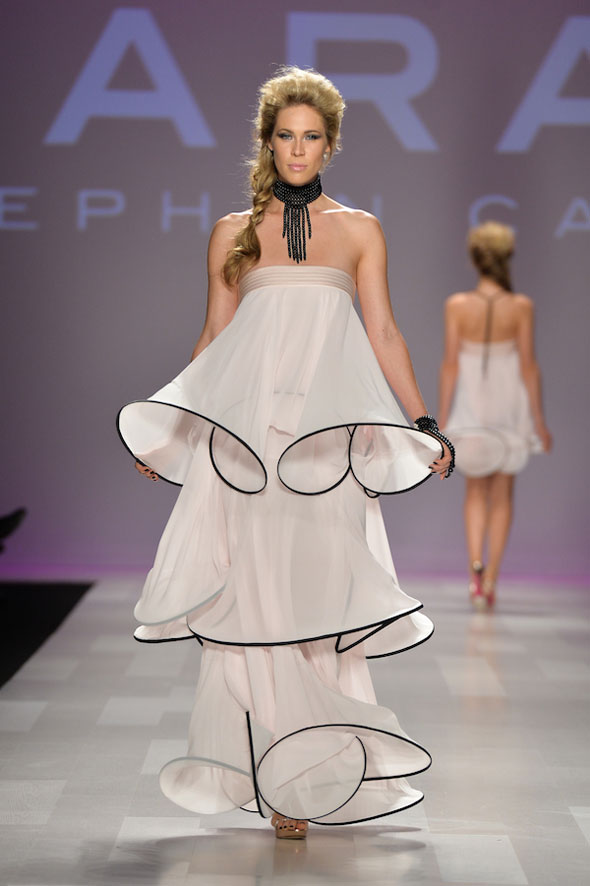 Stephan Caras isn't one for blending in with the crowd. Almost every designer sent an all-white look down the runway, but none were quite as extravagant as this strapless, tiered, hoola-hoop-lookin' masterpiece. 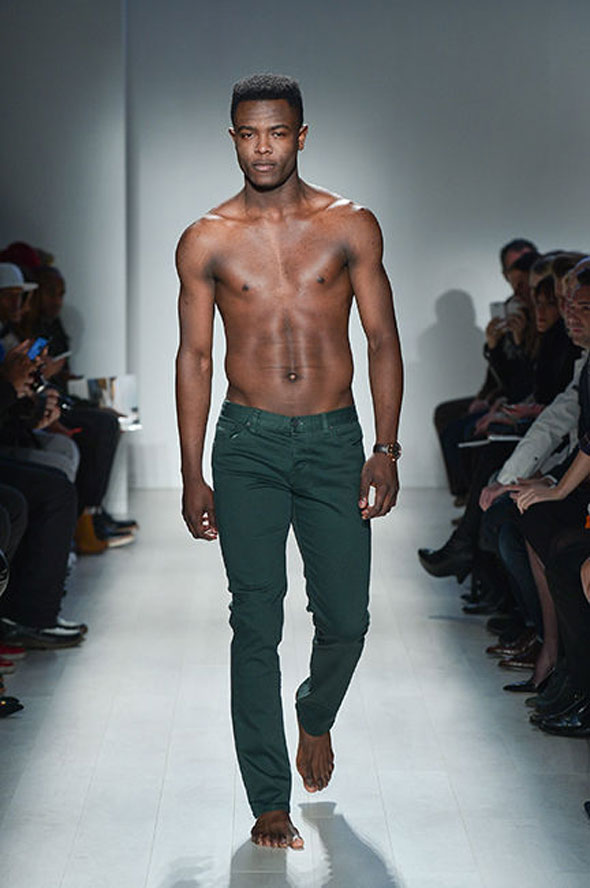 Triarchy is all about denim, but their runway shows are known for being a little raunchy. This season, the men wore nothing but jeans while the women rocked sky high heels and low-key leather bondage gear. It doesn't take a genius to realize what they were hinting. 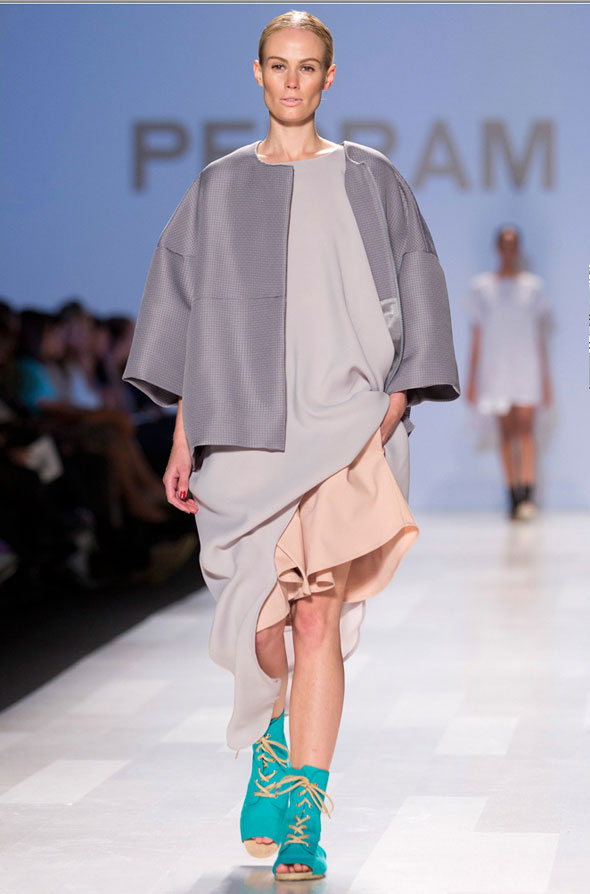 Pedram Karimi - one of eight competitors at this year's Mercedes-Benz StartUp - has always teetered on the edge of wearable and avant-garde; his collections are about as futuristic as they come, featuring out-of-this-world silhouettes and unusual styling choices. Everything in his final look was drastically oversized, down to the turquoise sandal-boots.