In Vintage We Trust treats vintage as gospel. In that way, a camo jacket is not just a camo jacket, but rather, an excuse to discuss the camouflage clothing evolution from the Napoleonic wars to countercultural 1960's youth. A Detroit Lions warm-up jacket might spawn a 400-word blog post about the 1957 season, and pair vintage aviation coveralls most certainly demands discussion of the Air Force during the 1940's and 1950's. 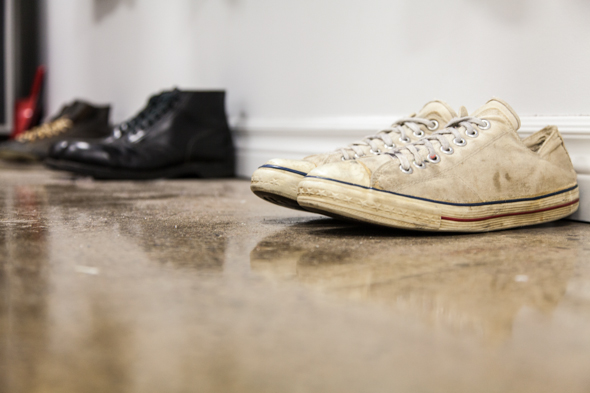 Vintage clothing, in other words, is not just clothing to Josh Roter and Chantal Varela, but pieces to examine, contextualize, admire, and yes, sometimes also to wear. The couple started In Vintage We Trust, an Ebay store, about two years ago, quickly rising to become one of the top international names in vintage menswear and winning the "Service-preneur of the Year" award for 2011. 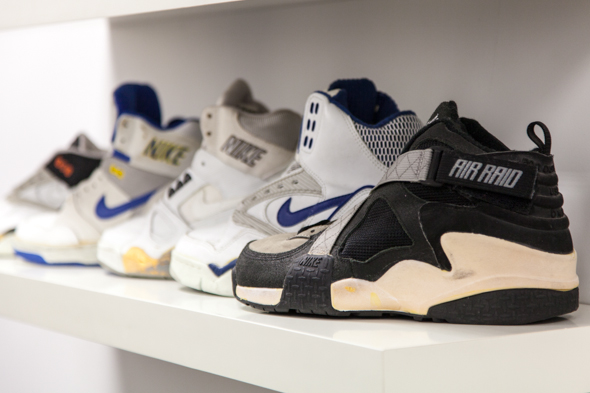 And this weekend, In Vintage We Trust will host its first ever public warehouse sale from its headquarters on Dufferin Street. "We really want to test the market," Josh tells me as he and Chantal tell me a bit about the event. "We have retail aspirations, but then again, we're mostly just trying to introduce ourselves to the local market." 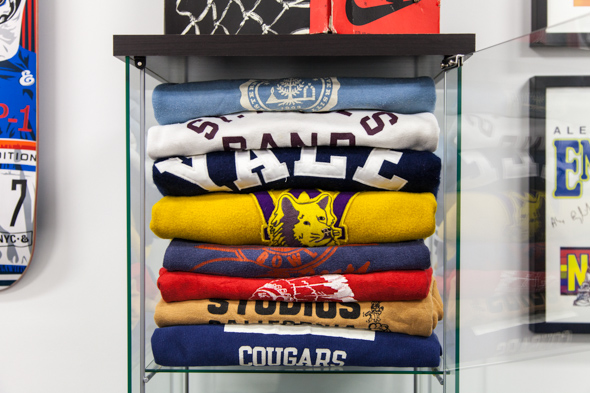 Josh and Chantal estimate that only about three per cent of their online sales come from Canadian shoppers. Of the other 97 per cent, buyers include individual international customers, various abroad wholesale operations, labels such as Ralph Lauren, J.Crew and Nike (who want to get their hands on their own vintage duds, mostly for promotional purposes), and the odd name-drop-worthy celebrity such as John Mayer and Sting (or rather, Sting's son...close enough). 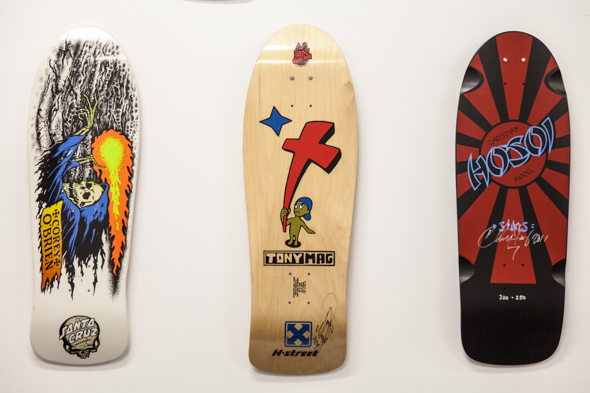 The pair met working at Over the Rainbow back in 2005. Chantal later moved on to work for Le Ch창teau corporate out in Montreal, while Josh stayed in Toronto and engrossed himself in the vintage industry. He bought and sold select pieces on a full time basis over the past several years, eventually partnering with Chantal to create In Vintage We Trust in 2010.

"Most of the time, I'm out sourcing product," Josh says. "And Chantal is here, basically running the business." 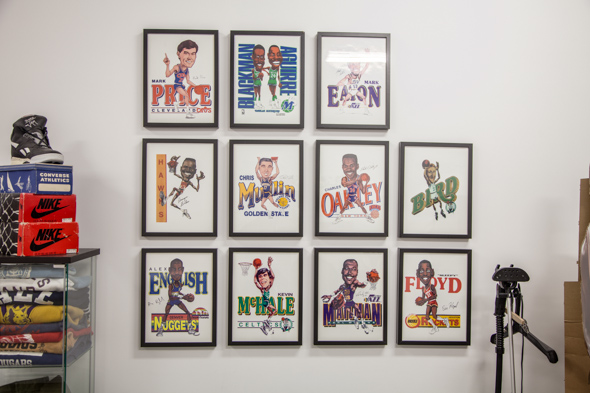 Without giving away his sourcing secrets, Josh says he generally looks across the border for those formidable metal t-shirts or vintage sneakers. "We do a lot of traveling during the summer," Chantal says. "One time, we ended up out in rural Maryland, digging through a barn on a farm where we expected to find a store."

"I think it was something like the wife's ex-husband who used to own a skateboard shop," Josh adds. "And she got all of the inventory in the settlement. Anyway, that's how we got some great Vision Street Wear. 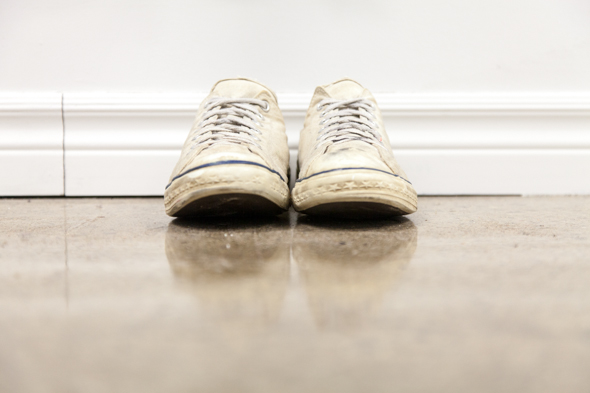 While some In Vintage We Trust finds are both history-laden and affordable, the most beloved, generally, come at quite the price. I ask Josh and Chantal to recall some of their best vintage finds, to which they respond a 1920's denim Carthartt first-version Chore jacket, and a 1940's Cincinnati Reds jacket worn by Jimmie Wilson. Both items were tagged with several zeros before the decimal.

The price tags this weekend, however, will generally be between $10 and $50, with sportswear, rock tees, military clothing, footwear, and accessories all on the roster. And if you want any context, just ask Josh or Chantal. But prepare for much more than a one-sentence answer. 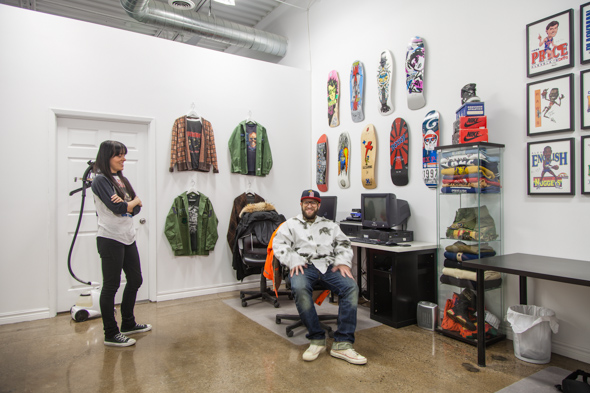