Early Saturday morning, I made my way to 680 Yonge Street for a type of pop-up shop that Toronto's never seen before. Having no previous experience with tween pandemonium, I had no idea what to expect from the North American debut of 1D World, a retail store offering exclusive One Direction merchandise for only two weeks. 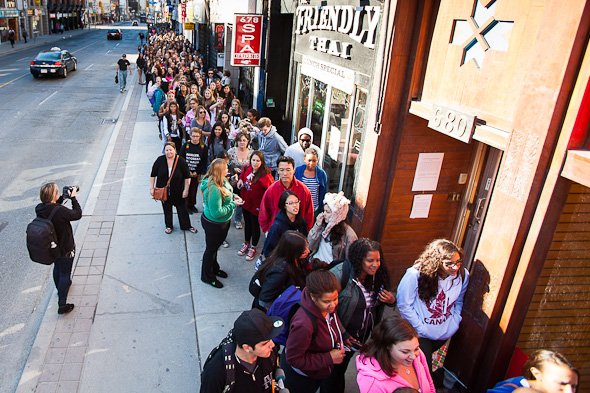 For those of you who are not under the age of 16 and/or do not spend a large amount of time trying to relive the era of '90s boy bands, One Direction is an immensely popular, 5-piece UK group formed on the seventh season of The X Factor after each of the members failed as solo candidates. Today, Niall Horan, Zayn Malik, Liam Payne, Harry Styles, and Louis Thomlinson are taking the world by storm with their vocal harmonies, luscious hair, and adorable British accents. 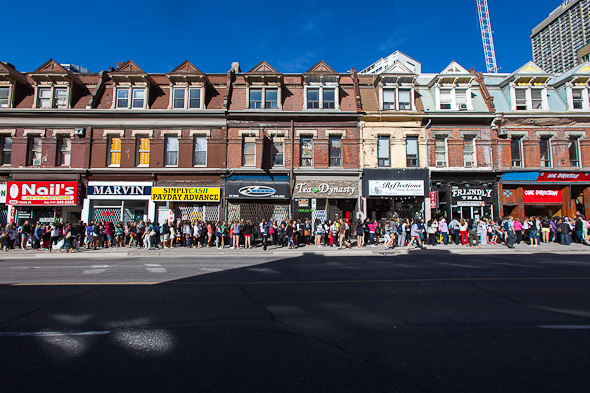 The original 1D World - which opened in Australia - received a huge response from thousands of "Directioners," (as the band's fans are charmingly called) so the Toronto launch was no doubt going to be just as big. After a long drive past the `round-the-corner line of ear-splittingly loud screaming girls (and boys), I finally reached the door and entered the magical world of One Direction. 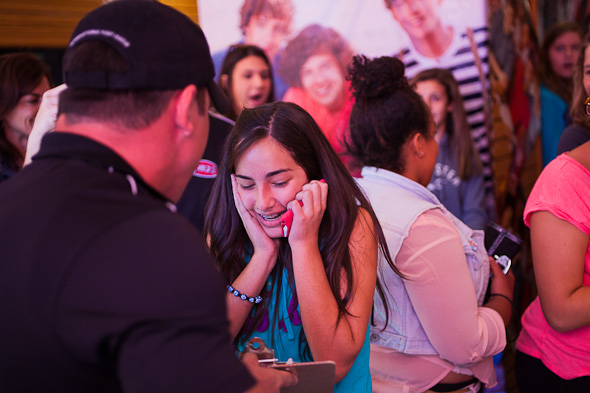 The space itself is pretty bare bones, being a warehouse with regular grey tiles and stark lighting - something I'm sure fans didn't even notice between their repeated gasps of "oh my god!" at the posters of the boys' flawless faces ($10) and the life sized printed tarps decorating the walls (regrettably not for sale). 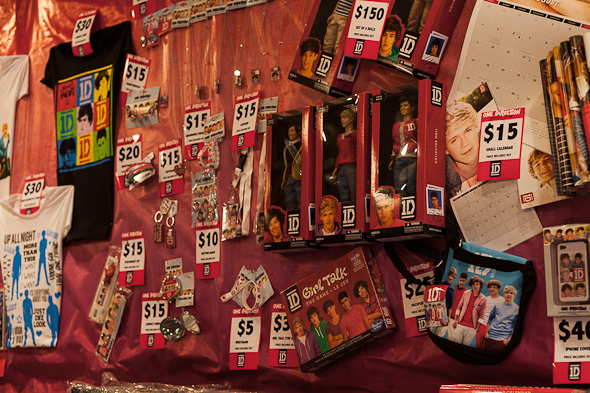 Behind the main counter, which stretches across the length of the room, were pinned-up t-shirts ($30) and other fun novelties including - but not limited to - charm bracelets with dangling band member heads between bright red hearts ($15) and phone socks ($15). 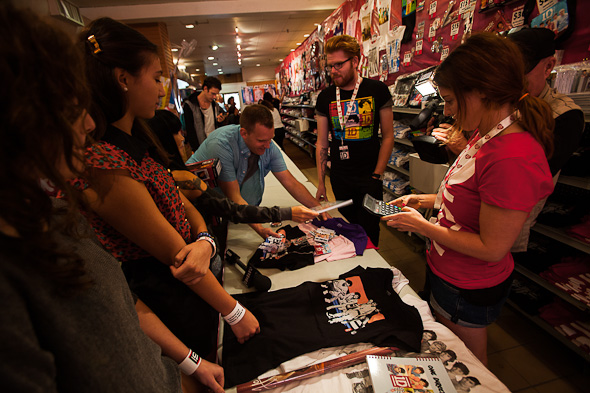 The emphasis here is on limited edition and exclusive merchandise. The full set of surprisingly accurate dolls (except for Zayn's, who was portrayed with a much less sultry pout) ran for $150. All these products and more were assured to always be in stock - the staff promised every fan would leave happy. 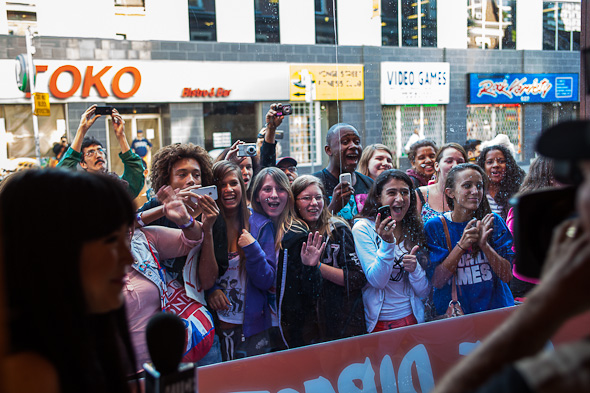 The pop-up shop will be open for business every day between 9 am and 6 pm until September 2nd. If you're planning on visiting, I only have one piece of advice: brace yourself. 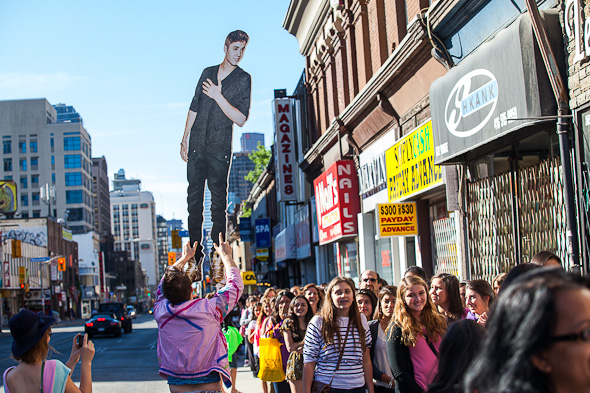