Hanging with the B-list at Perez Hilton's Toronto party

Downtown Toronto offered a dangerous scene for those 18 and older yesterday evening. Picture a half-day afternoon following the Grade 9 EQAO Literacy Test, but with more tutu skirts and exaggerated alcoholic buzzes. The Much Music Video Awards had wrapped up moments earlier, and Beliebers at Queen and John were anxiously trying to figure out which tinted-window car held their beloved. Or else, they were scampering in hoards toward Osgoode Station, trying to make it home before their special extended curfews. And I, foolishly, was heading in the other direction.

Perez Hilton was hosting his misnomer of a post-MMVA event called "One Night in Toronto," which has been held in Toronto for the past several years. Ignoring that nagging voice in my head that usually keeps me away from venues promising celeb spottings and/or bottle service, I headed over to Club XS on Richmond Street to see what it is that gets fans and media so star-stuck-giddy.

I arrived around 11 p.m. after navigating the gated streets of downtown. Once there I was directed over to the media scrum pink carpet, where my comrades in reporting were already snapping away with ferocity. "What did I miss?" I asked a friend I spotted on the sidelines. "Not much," he admitted. "No one big has come yet." 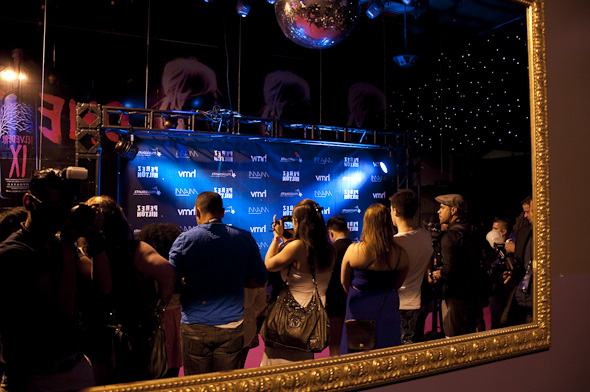 Indeed, the event's headliners â Katy Perry and Carly Rae Jepsen, to name a couple â wouldn't arrive for at least another hour (though Perez Hilton, himself, had already walked the carpet wearing a huge afro wig, for some reason). Until then, I stood behind the media tape, foolishly asking, "Who's that?" each time stars such as Victoria Duffield and Allesia (still haven't figured out that one) posed for photographs. To my credit, I did note that Munro Chambers and Cody Simpson looked familiar, but their effect did more to make me feel old than put stars in my eyes. Go figure. 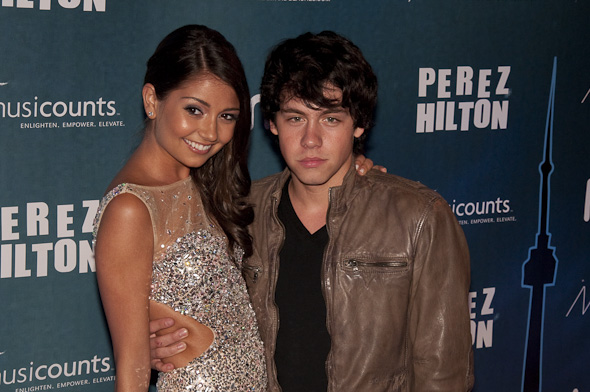 Carly Rae Jepsen did, indeed, arrive (and after standing shoulder-to-shoulder in one spot for an hour an a half, it was very exciting), after which I decided I needed to take a look around. The main floor was absolutely packed with fans watching Ed Sheeran perform "Give Me Love" amid the unfortunate effects of a smoke machine.

The scene was more "concert" than "dance club," even when the DJ took over between performances, and the bartenders seemed totally swamped. I returned to the media area in search of some amusement, when a friend suggested we make our way up the then-unguarded stairs up to the VIP section. And so we did (and there go all of my future invites to special events...) 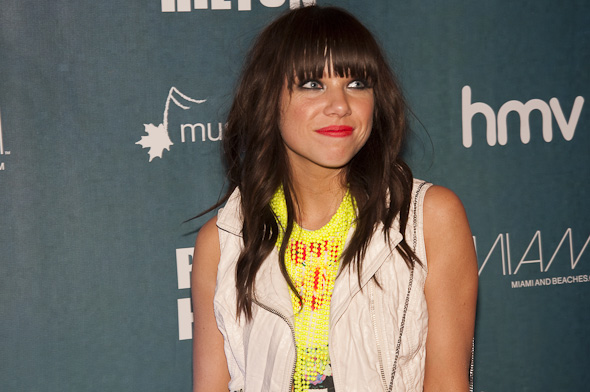 I expected soft music and velvety cushioned booths, but I found a space much like the one below, albeit with real glasses instead of disposable. The stars we had been clamoring for on the pink carpet were simply here among the crowd (and it was pretty packed), with the exception of Nelly Furtado and Carly Rae Jepsen, who were accompanied by security and only made fleeting appearances in the room.

Katy Perry was still nowhere to be seen (but rumoured in the building), while the Glee and Degrassi folk mingled in little crowds. I was inches away from the (arguable) TV and music elite, but still couldn't really find any of that wet-myself-excitement. Thus, I concluded I must be either the absolute worst or absolute best person to cover these events. 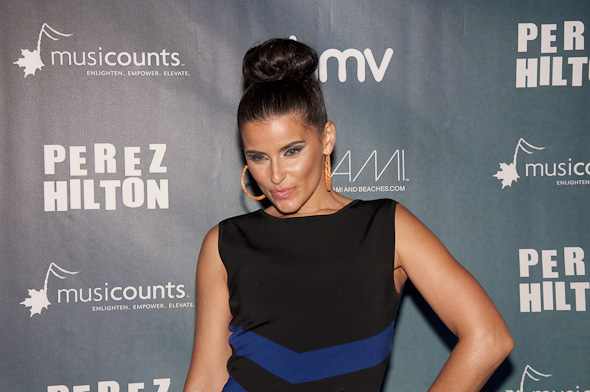 Perez Hilton's "One Night in Toronto" was a success in the end, raising $10,000 for Canadian music foundation MusiCounts. And while not exactly my idea of an enthralling night out, I did leave with the satisfaction of knowing that a life without another fleeting celebrity sighting will be a content one, indeed. And here's to hoping the Beliebers resume hibernation until next year. 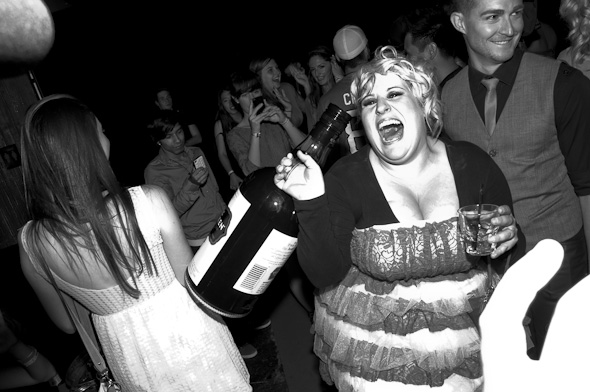 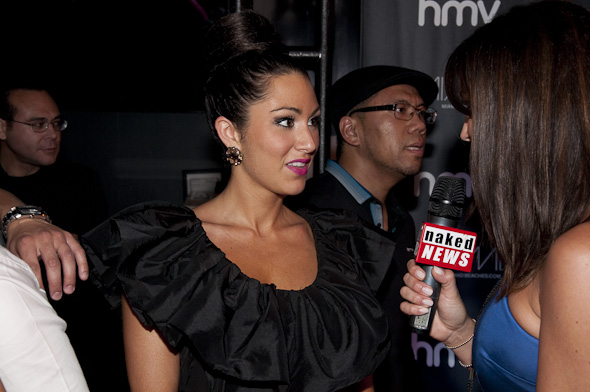 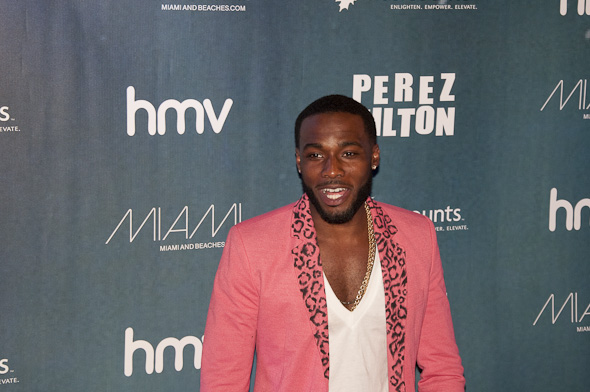 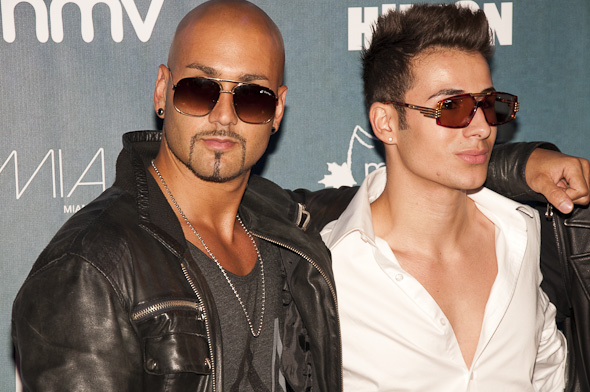 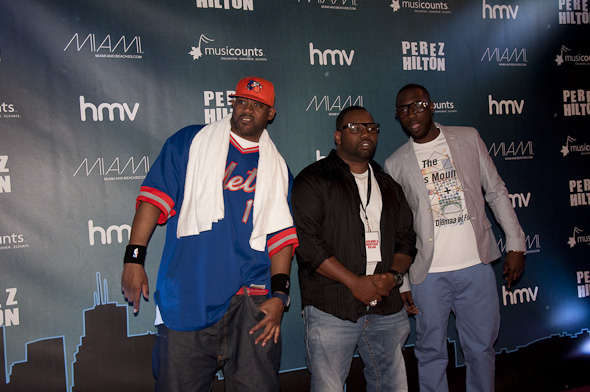 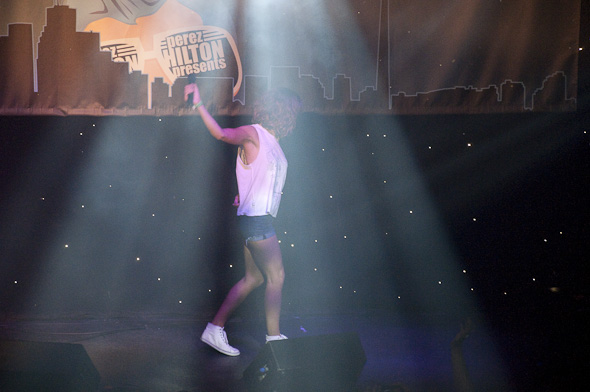