As Arts & Fashion Week came to a close on Saturday with its all-day shopping experience of the show's best collections, there was a mix of feelings in the air, including accomplishment over FAT's 2012's success, as well as ambition (and anxiety) for the year to come. The 7th annual alternative arts and fashion week ran from April 24th to 28th, with the main events held at 213 Sterling Road, and an offsite exhibition and market at the Drake Lab. Although the event drew on current trends, FAT's focus is on the philosophy that fashion is deeply rooted in culture and identity, resulting in an event that was unique, expressive, and interactive.

This year, 200 local and international designers, artists, and performers built their work around the theme fashionSCAPES, which echoed the concept of landscape as vast, seasonal, and constantly changing. Each day zeroed in on one of four sub-themes: land, city, body, and future. 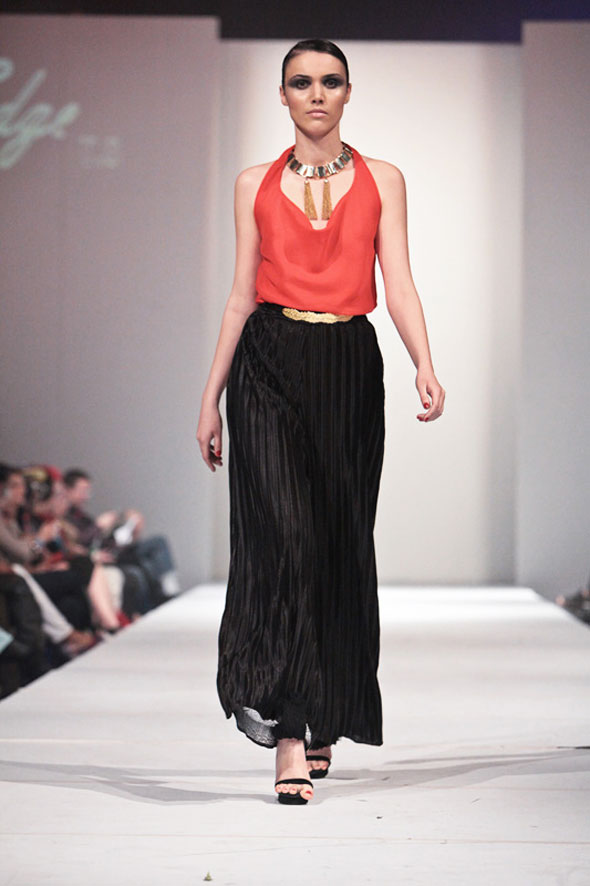 Opening the event with LANDscapes, artists and designers were to reflect on land based on its geography, texture, elements, boundaries, people, and places. Of course, the first performance entitled Cosmetic Green by Karey Shinn set the atmosphere for the rest of the show, featuring dancing models dressed in ridiculous fuzzy outfits as well as practical outdoorsy gear. 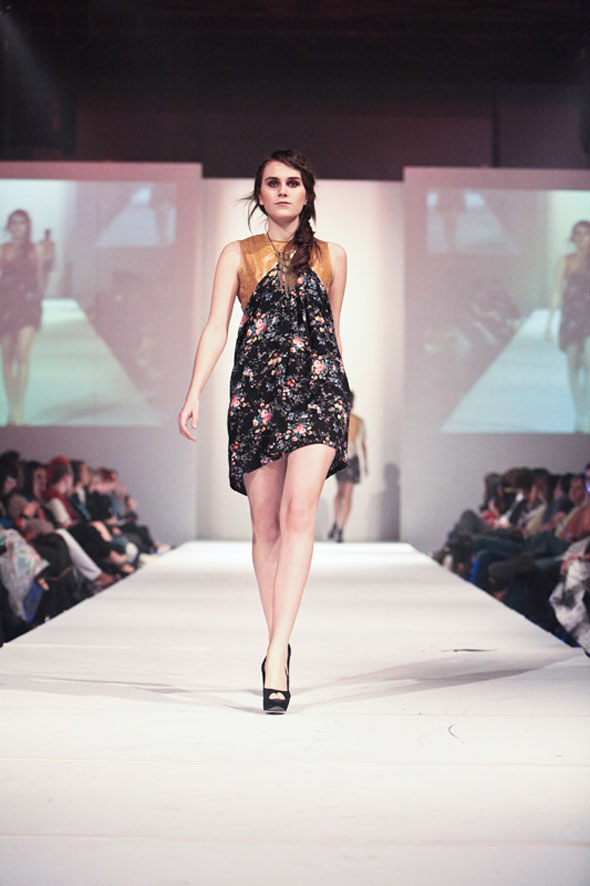 The subsequent runway collections--including notable designers such as Toronto's own Mitra Ghavamian, Armour by Seema, and Chicedge Fashion Studio--involved neutral earth tones, an eclectic mix of textures, and pieces inspired by ethnic dress. Mackenzie Jones even finished it off with a rather large dead wolf scarf-of-sorts and a bridal-esque gown complete with giant antler shoulder pieces. 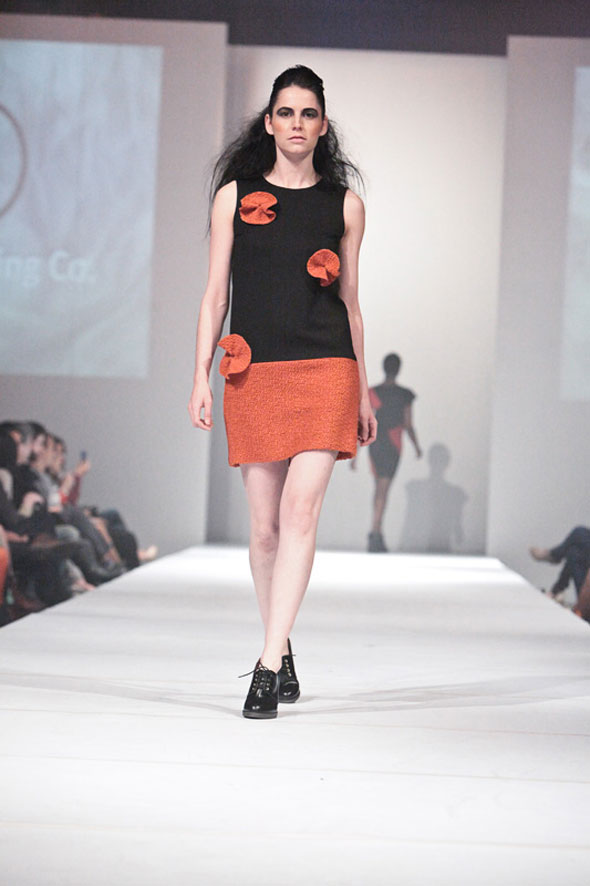 Day 2 of FAT was reminiscent of fast-paced city life, drawing on aspects such as architecture, technology, and consumerism. With that being said, runway garments were heavily structured, meticulously detailed, clean-cut, and for the most part dark and dreary. 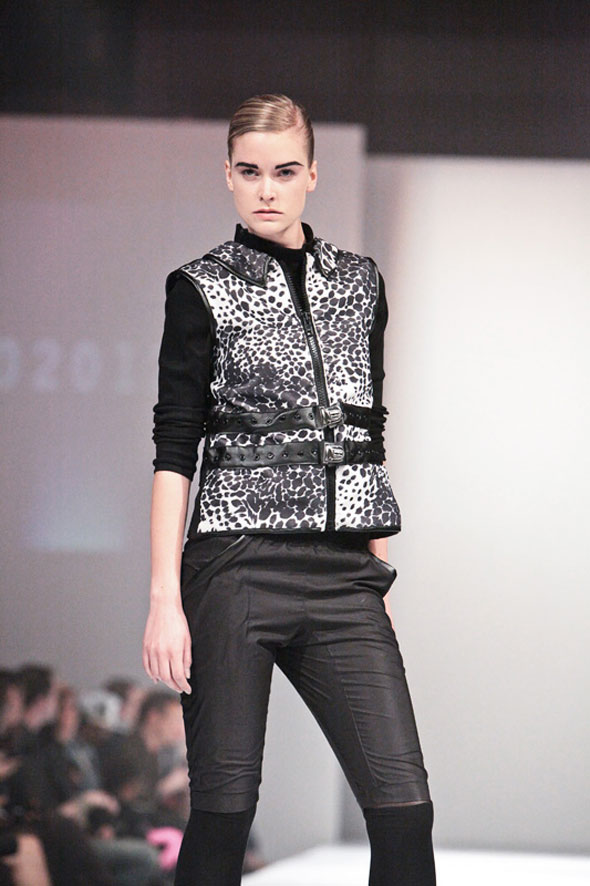 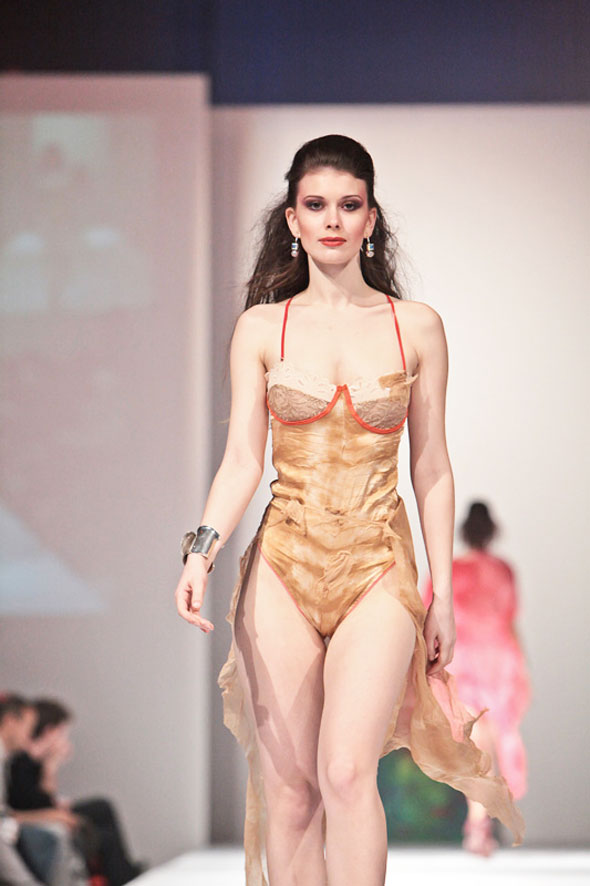 BODYscapes, the third sub-theme of FAT, explored the human form in terms of identity, sexuality, and gender. In many of the runway shows--such as House of Etiquette, Cinched Tight Corsets, and Pope Joans--the female figure was accentuated with the use of corsetry, body-hugging silhouettes, and revealing cuts. 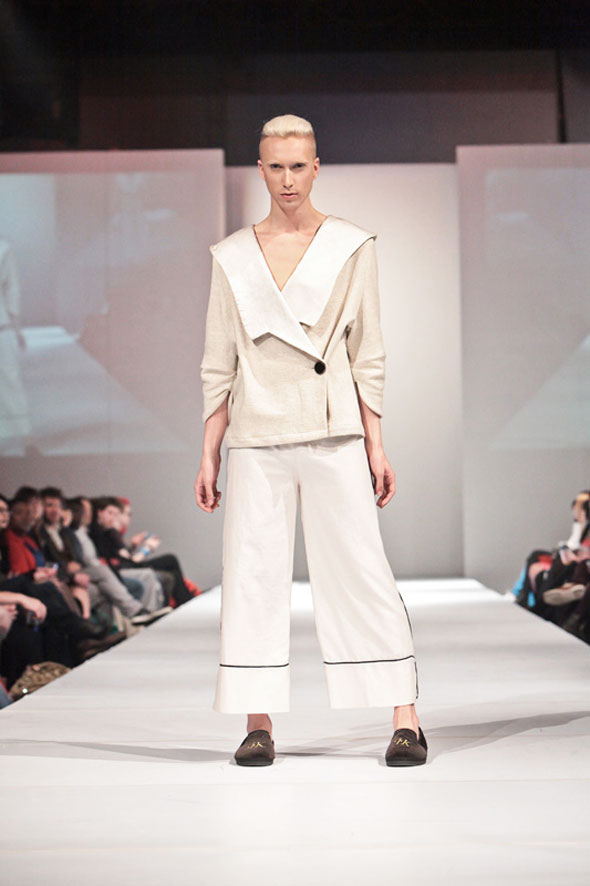 In others, lines based on gender were blurred as androgynous garments flooded the runway in shows by Body Part Clothing Company, Sylvia Cohen, and Jade Kinrade. 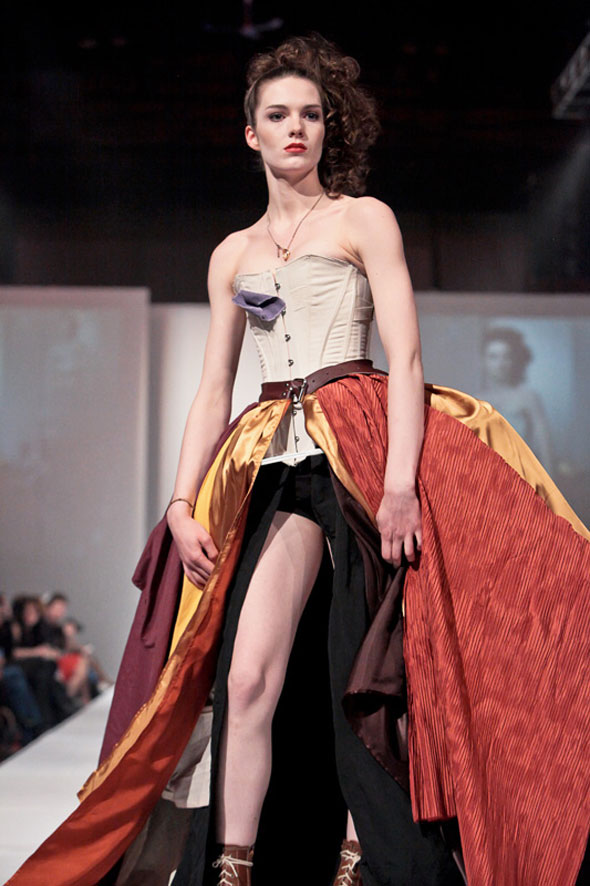 The final day of FAT's main events surrounded the theme FUTUREscapes--one that was vastly imaginative, embraced technology, and was so innovative it was at times difficult to comprehend. Each show was so distinctive it's almost impossible to generalize all of them with every designer seeming to have a different take on what the future holds for fashion. 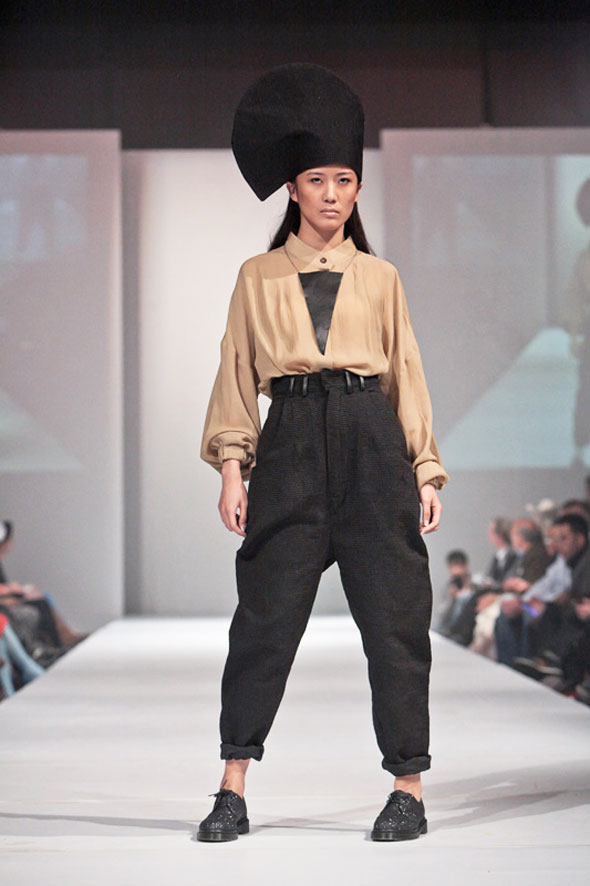 Haphazard presented creepy Carnival-like nightmare garments involving gas masks and 4-foot headpieces, Von Bardonitz made religion chic with the use of pope hats and crosses, and GardĂŠ Del Avante mirrored Avatar (without the blue skin) through the use of tribal jewellery and swimwear.

FUTUREscapes was the perfect way to end Arts & Fashion Week; it was both a summary of where the world of art and fashion is today and a benchmark for where it's headed.