Making out. It's a nauseating sight for everyone but the parties involved. You can be happily attached or blissfully free, and still the sight of two partners sucking face will test even the most resilient of gag reflexes. And while we all seem to recognize this irrefutable fact, we choose to abandon it when the affectionate urge strikes us. A symptom of the inherent egoism of our doomed society? Probably. And yet, we carry on.

Since our parents' basement went out of style back when 98 Degrees stopped singing in boxing rings, impassioned lovers have sought other, more public places to express their mutual desire. And fortunately for them, Toronto has many spots conducive to such affection...as well as other totally terrible spots where couples choose to make out anyway. 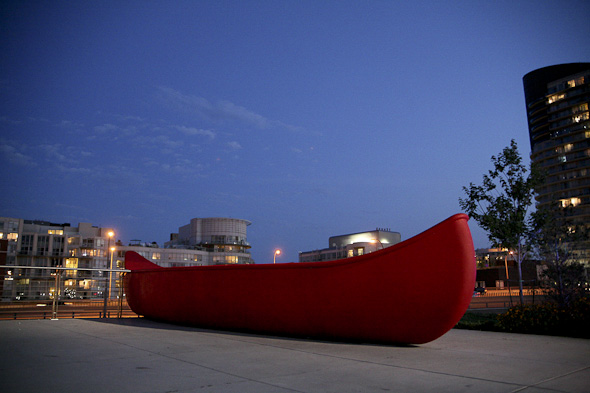 Since I can't, for the love of God, convince these people to keep it in their homes, I have decided to join them, if only in a prudish, exploratory way. So, for the next two weeks, I'll be counting down the top makeout spots in Toronto, starting today with number 10 on the list - the red canoe at CityPlace.

I wonder if Douglas Coupland knew his design for Canoe Landing Park would be so well-received by couples jonesing for a lookout point. But the bright red canoe overlooking the Gardiner Expressway (how romantic) really does have everything you would hope for in a respectable makeout spot. There's a lovely evening glow, thriving beds of Black-Eyed Susans, a cityscape backdrop (to the east, at least), and a slight element of danger, if only from the caution tape draped around the metal guardrail. 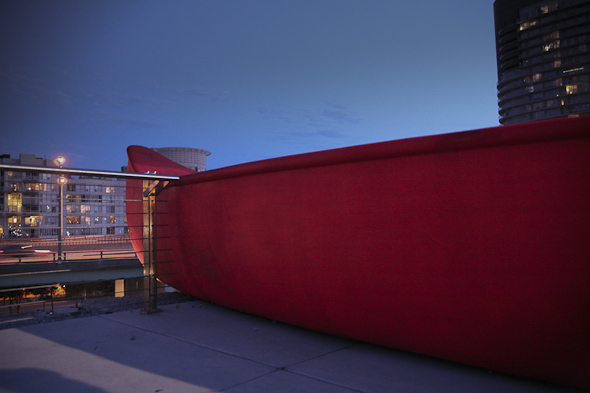 The canoe itself provides an element of privacy for couples, becoming virtually undetectable if choosing to sit (let's leave it at that) down. There's also ample room from bow to stern, making it conducive to a mĂŠnage Ă many. But despite the ground-level privacy, the lookout point is surely visible to those in nearby waterfront condos, so couples need be wary of providing an outdoor midnight show. As for other drawbacks; there's nowhere near for bathroom breaks, hair checks, or a quick getaway, if need be. Making out at CityPlace canoe means commitment--at least for the 10 minutes or so it takes to get to a major intersection--so be forewarned. 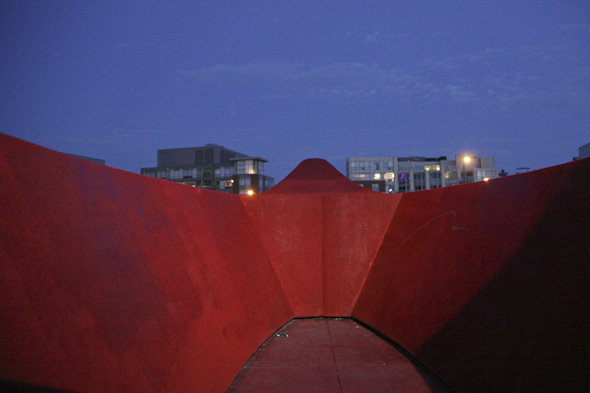 Since opening a little over one year ago, Toronto couples have already made use of the somewhat-appropriate makeout spot (at least it's not 2a.m., mascara-stained in the club district), and some have opted to indelibly mark their presumed love on the site of their affection. So best to you, Myree and Gomidas; may your love know no bounds, especially municipal vandalism laws.

Atmosphere: As long as you can't hear cursing from the Gardiner, actually somewhat decent

Watch out for: Couples with the same idea. Crawly things 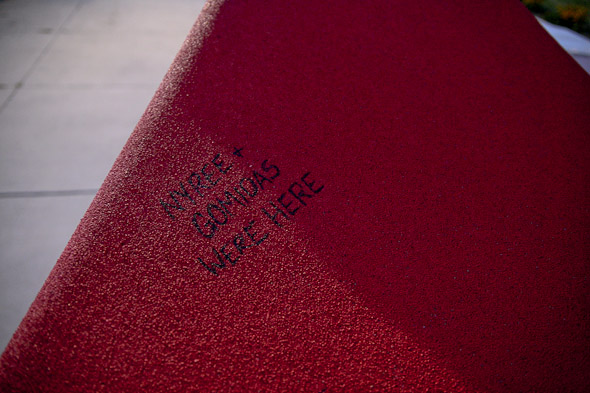