Blog years are more like dog years. Every dog year or blog year equals a whole bunch of regular years, since most don't stick around for long. Popular local fashion site Textstyles celebrated its third anniversary last weekend with a well-deserved bash. After all, in blog years, it's nearly ancient.

Stefania Yarhi wasn't content with just throwing your standard Hipster Fashion Party (even if it was held at awesome up-and-coming Hipster HQ Neubacher Shor space in Parkdale). Instead, she used her big night to pay tribute to the Canadian designers that inspire her work every day in an all-star fashion round-up entitled "Favourites." 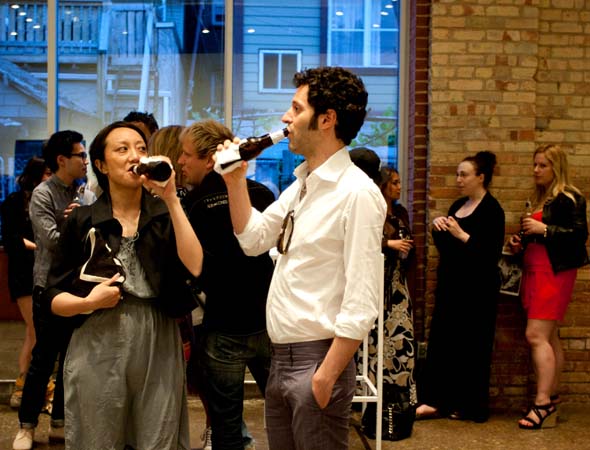 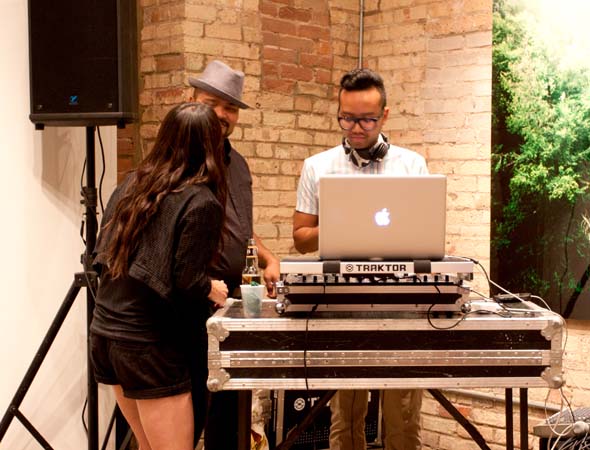 On the naughtier side of the sartorial divide, I dug the Mark Fast slitted-up tank dress, Diepo's lingerie-inspired ensemble, Pink Cobra's leather shorts, and Biddell's tiger-print jacket. Local bombshell Pastel Supernova gave the crowd two outfits for the price of one as she stripped off her Cherry Dewar mini-dress to reveal a matching maillot underneath.

Many of the "real people" models were met with cheers, and there was a touching sense of community to the party. Each designer wanted to be there. Fashionistas were smiling. People kicked off their shoes and danced until past last call. That's Textstyles for you â old in blog years, perhaps, but always young at heart. 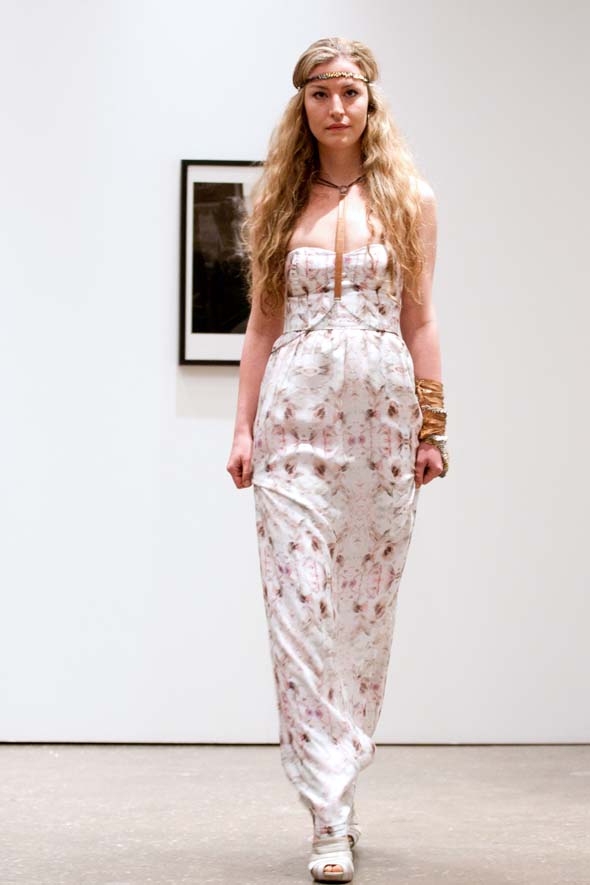 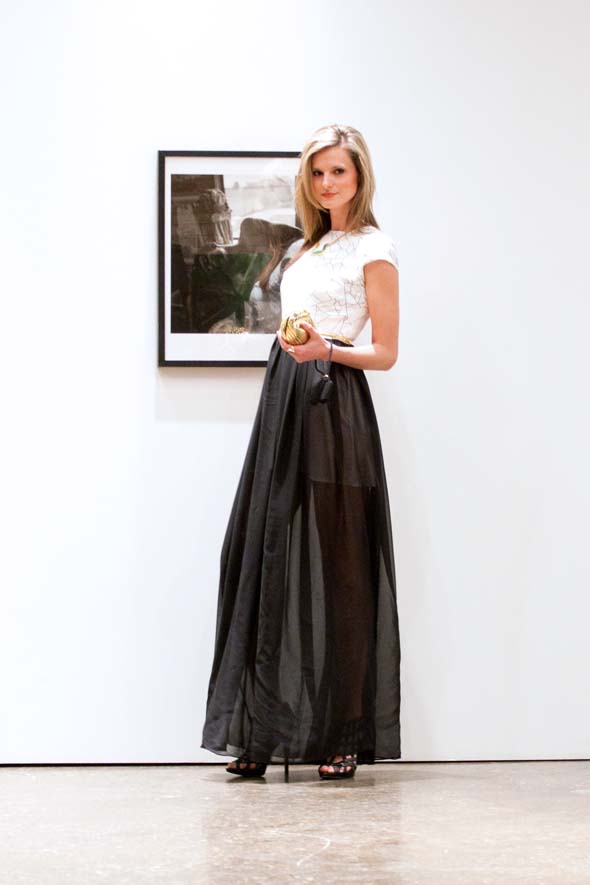 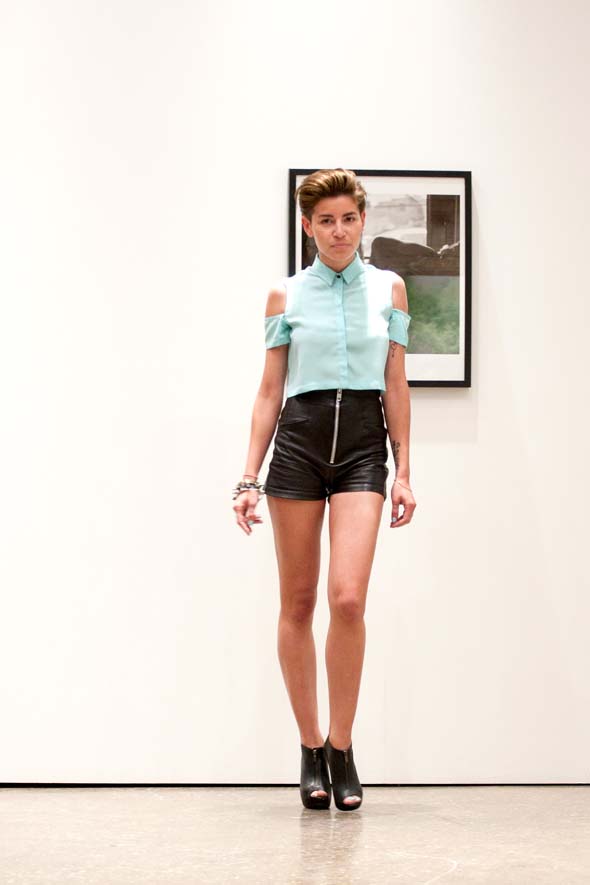 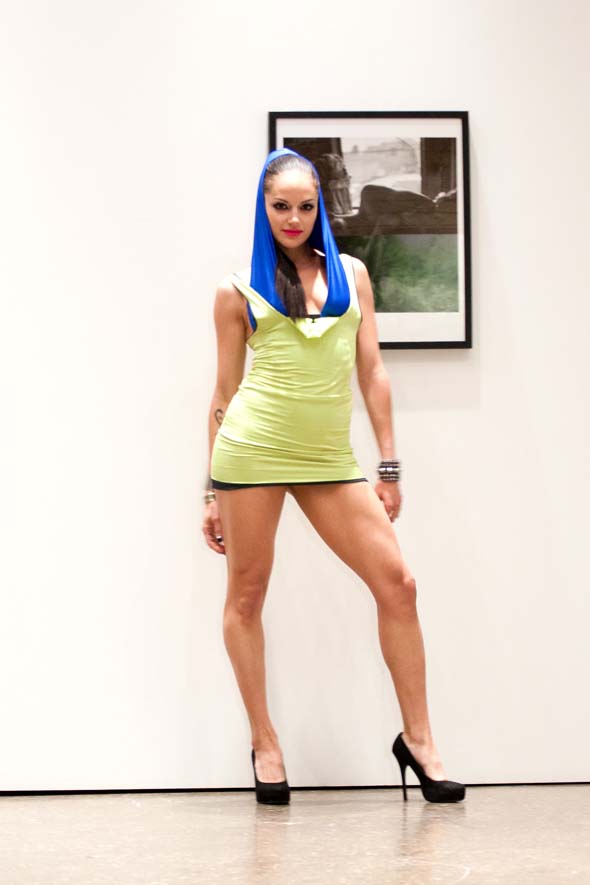 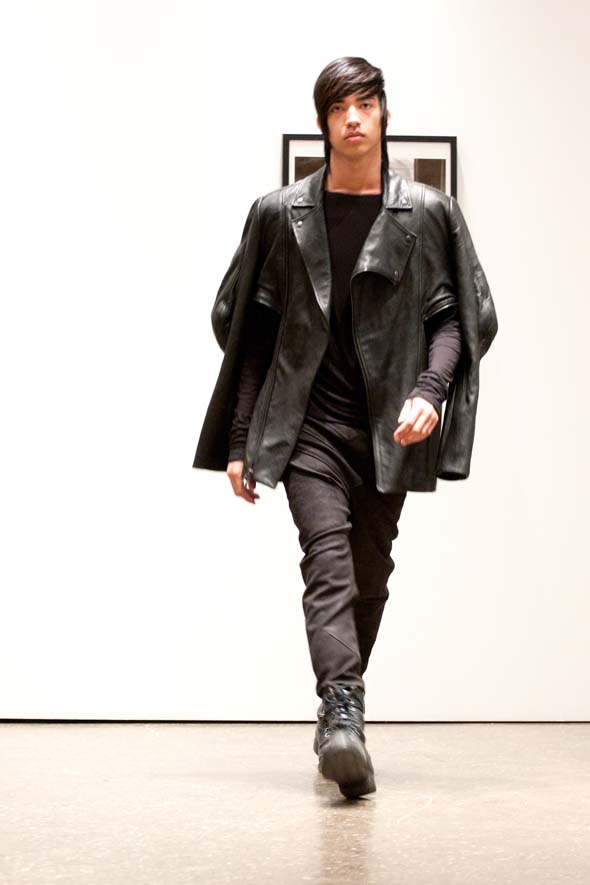 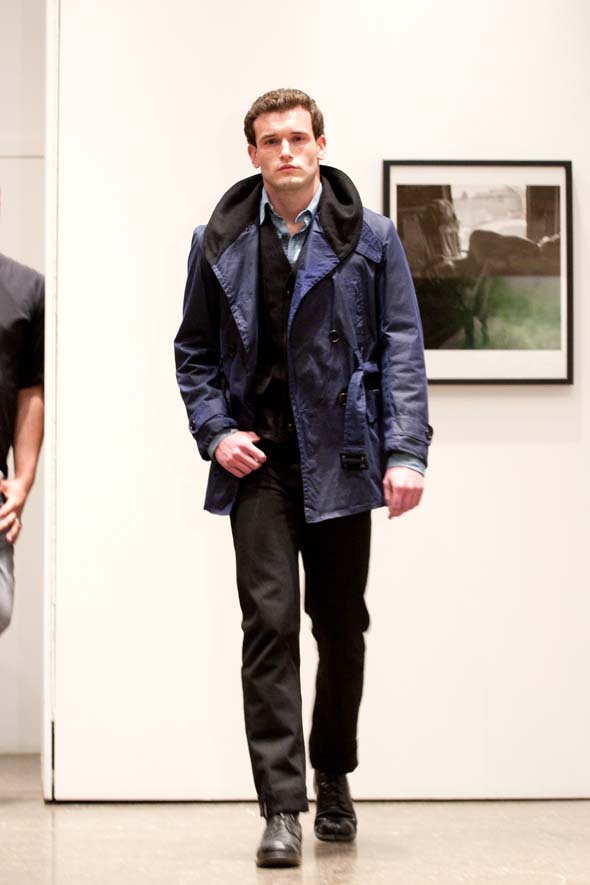 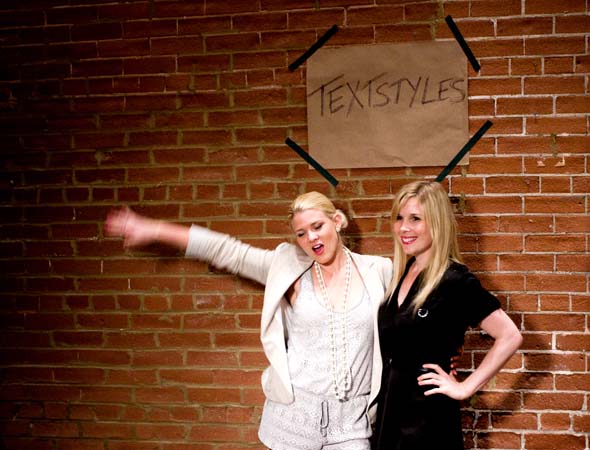