Don't let the headline fool you. Before I elaborate, I think it's necessary that I reiterate a few details mentioned in the introductory post in this series. When we first came up with the concept for these posts, we decided to poll our Twitter followers to see which Toronto malls, according to Twitterverse public opinion, were most in need of makeovers. We took those results, compiled a list of 10, and set out to explore the malls that time forgot.

However, when I stepped inside Woodbine Centre for the first time, I knew it just didn't belong. Sure, there were some failings: a bland and drab exterior, planes roaring as they descended nearby, and the epitome of "never a good sign" retail--a Dollarama. Plus, the pungent scent of nail polish remover seemed to have engulfed the parking lot, which, at that time, was saturated in club beats from a parked Dodge Avenger nearby. 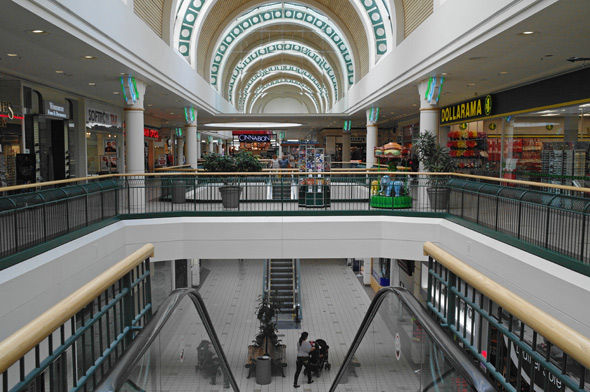 But inside, the mall had few of the telltale signs of "past-its-prime" I had been observing in other spaces these past two weeks. There were two levels of retail consisting of a mix of chain shops and independents. The space was open and clean, filled with luster and natural light. And there was a food court. Yes, an actual, populated food court.

As I paced the mall taking in some of the stores, my position changed from surprise to esteem. Woodbine was actually a pretty charming place. There was everything from Rainbow Cinemas to Labels, Royal Shoe Repair to Bulk Barn. The mall opened up to a pleasant atrium in the middle, complete with glass elevator and possibly fake plants. But the best part of the centre was definitely at the south end of the mall. 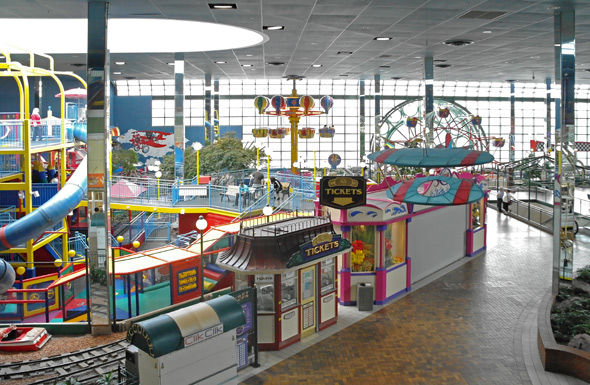 That's right, Fantasy Fair. And yes, my face lit up like a five-year-old (curiously, the age of most of the patrons here) when I saw the spinning teacups and bumper boats. *Squeee* and funnel cakes! An indoor amusement park complete with arcade, antique carousel, Ferris wheel, and cotton candy (plus, a nail salon nearby for mom), Woodbine Centre houses what purports to be Ontario's largest amusement park. How, Twitter friends, can a mall with a Fantasy Fair Express Train ever be in need of a makeover?

I reluctantly pulled myself away from the mirror maze, where Elmo's Song was playing gleefully in the background. If this mall is truly hopelessly dated, I guess I am too. 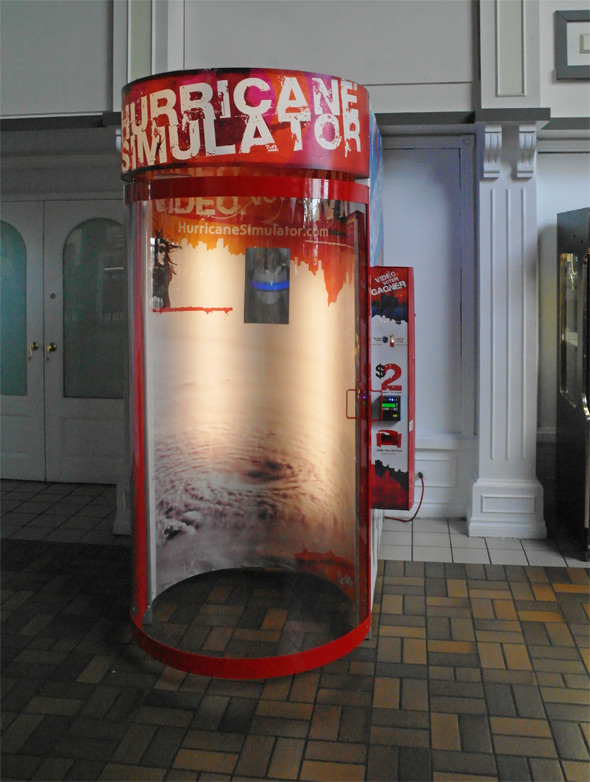