I tried to leave my preconceived notions at home as I headed out to visit the Jane Finch Mall. Impossible? Probably. Jane and Finch is, after all, the boogieman intersection to Toronto's timid downtown core, and even our parents refuse to check the closet to give the all clear. In any case, I was committed to checking out the Jane Finch Mall, especially due to its barely-there online presence. 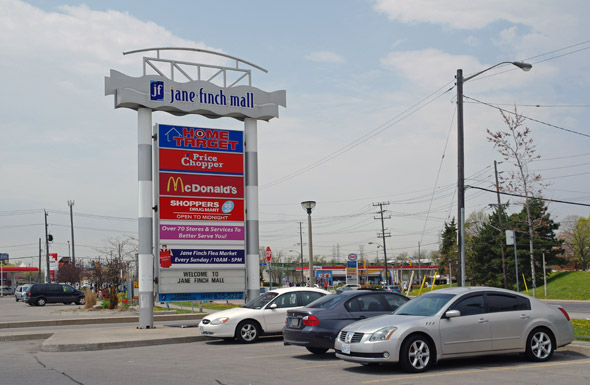 The first thing I noticed approaching the mall's front entrance was the strategically located Tim Hortons window. Lined with baby boomer gentlemen sporting various styles of caps, they sat contently at the window bar, watching patrons enter the mall. It felt sort of like a walk of shame, though I was most certainly wearing today's clothes (and didn't have too much to feel shameful about). 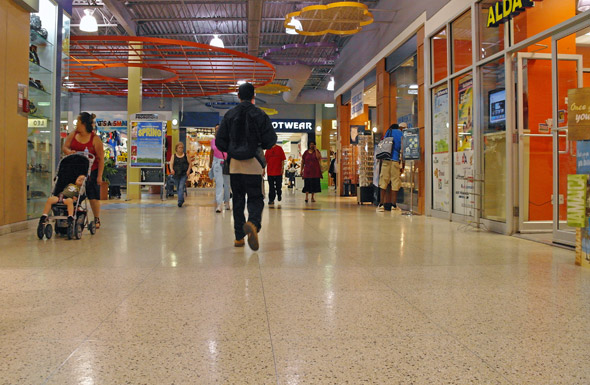 A few minutes of indoor stroll, and it was clear club wear was this mall's main draw. There was Nikita Fashion's, offering stretchy leggings for $5.99, and Ducati Fashion Outlet, displaying a printed black dress on a mannequin (with a major nip slip) for $14.99, and a men's bright yellow suit, complete for $250. I then moved onto Boyz 2 Men, selling $7.99 striped polos, and Fashion 4 You, with its $1.99 tank tops before realizing that these stores were all pretty much the same, and went looking for something else.

Aha! There was one: "Everything For A Dollar." I sauntered in, only to find drill bits priced at $2, and Max Endurance deodorant for $1.25. The liars. Feeling cheated, I continued on my stroll.

The Jane Finch Mall has a variety of indicators reminding you of its putatively troubled location. To name a few, there's an Early Years Centre right by the Fido store, which is just a stone's throw away from the Service Canada Youth Centre. It'd be silly, however, to categorize these features as negatives, given that this mall seems to be the focal point of an area with limited street-facing retail and other draws. Less encouraging, though, was the lotto stand near the front entrance, which was one of the more conspicuously populated areas in the mall. 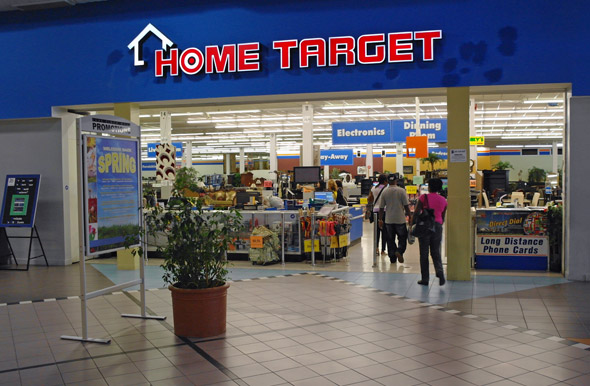 But I did find some bright spots during my Jane Finch Mall visit, including a really cool African Accents store selling traditional African clothing, popular music (and bongos) posters, jewelry and more. There was also a store called Home Target, which, admittedly, I still can't decide how I feel about. It was clearly a discount home furnishing outlet, but it had some really great gems including a gorgeous glass bar for $199, and a wooden upright grandfather clock that looked like it was in the midst of being refurbished. There was also a Jamaican restaurant and hair salon inside the store. Beat that, Bad Boy. 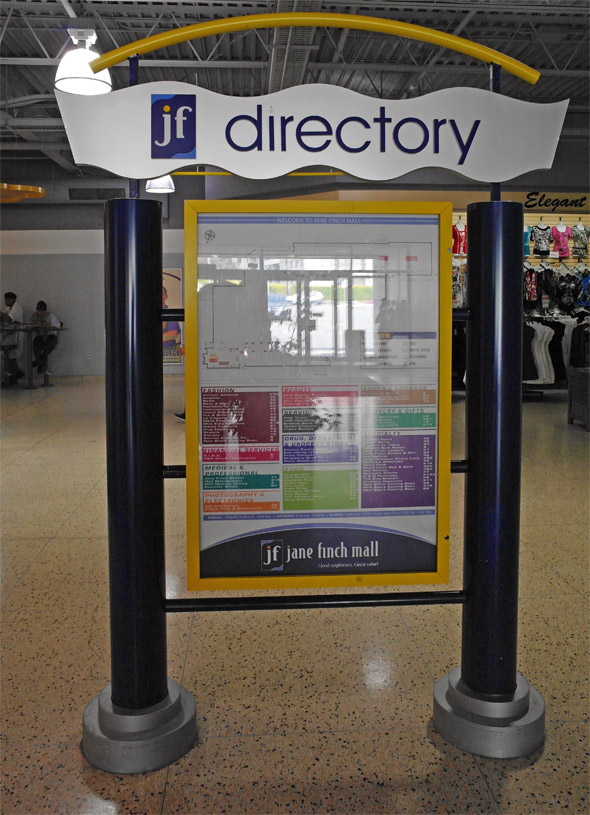