Much like my reflection on Woodbine Centre, my trip to Cloverdale Mall left me wondering why some have suggested it in need for a makeover. After all, I counted a variety of stores, a decent layout; it was fairly populated, and easy on the eyes. So what gives? 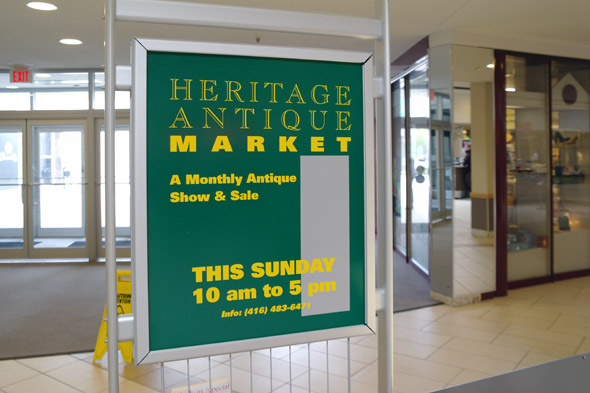 Okay, well, there were a few...mmm...peculiarities. First off, I was undoubtedly the youngest person roaming the mall by several quarter centuries. It was clear status here was counted not by who had the latest Ray-Bans or vintage Keds, but who had coerced her granddaughter into picking her up a DMI Ultra Lightweight Aluminum Rollator walker or a Go Go Ultra Scooter. But the demographics of mall-goers doesn't--or shouldn't--determine the need for a structural overhaul. Unless, of course, there's a lack of ramped entrances. But Cloverdale didn't seem to have that problem. 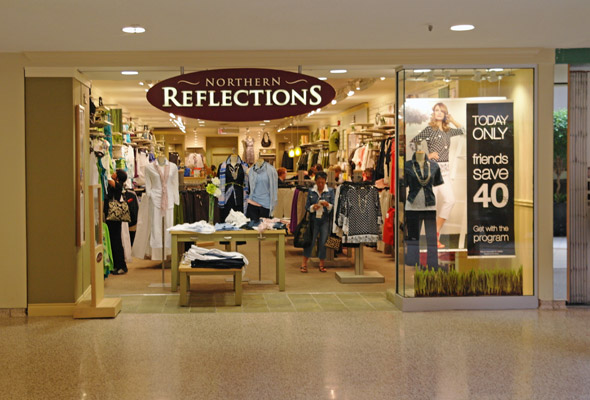 There was also the overwhelming notion that Cloverdale was in the midst of some sort of identity crisis. Was it a blue-collar mall, complete with Home Hardware, Drivers & Vehicles Licensing centre, and Tim Hortons? Or was it more of a strip mall gone central? After all, there was a Beer Store, Zellers, and Dollarama. Then again, maybe it was your upper/middle-class mom's mall, with a Peoples Jewellers, Winners, Metro, and a huge Kitchen Stuff Plus. Confusing? Yes. But off-putting? Not really. In fact, it was sort of awesome to see a Northern Reflections sharing space with a Sunrise Records, an Ardene, and of course, the conspicuous Home Hardware. 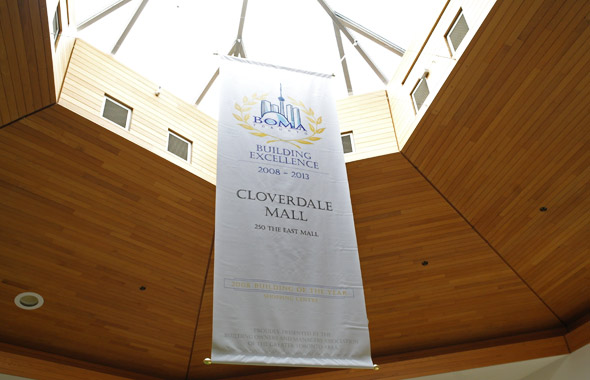 Visually, the mall was decently appealing. Not the greatest mall I've ever seen, but it did look like there had been recent efforts to spruce the place up. The stonework for the entrance signs was one clue, and the banner proclaiming Cloverdale as the 2008 BOMA Toronto Building of the Year was one giant lob. That's right, Cloverdale Mall was awarded best shopping centre in 2008 by The Building Owners and Managers Association. You'll have to ask the awards committee about that one. 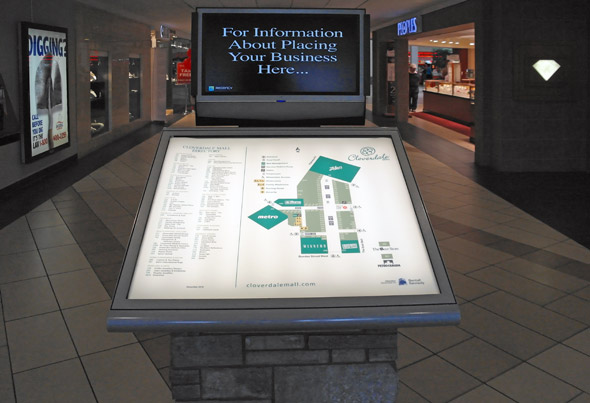 But I should add that Cloverdale did win a less curious BOMA Toronto award this year, that being the Earth Award. It seems Cloverdale has a fairly organized Green Initiatives program focused on reducing waste and conserving energy within its walls. It recently introduced an organic waste program as a step toward its "Zero Waste" goal. 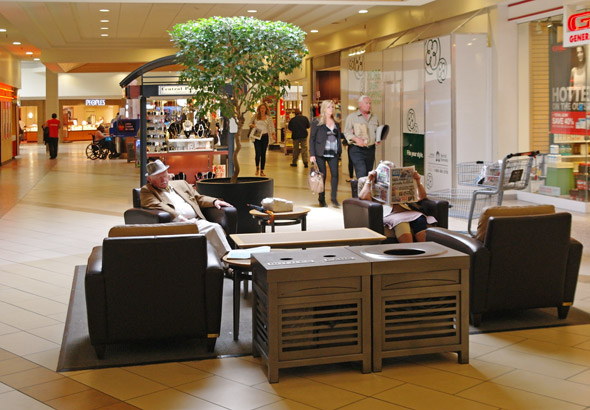 So though, superficially, Cloverdale seems but a mere an octogenarian hangout (possibly suffering from an identity crisis), it does have some good things going for it, and certainly seems well loved. Just check out the contented faces of its snoozing patrons if you have any doubts. 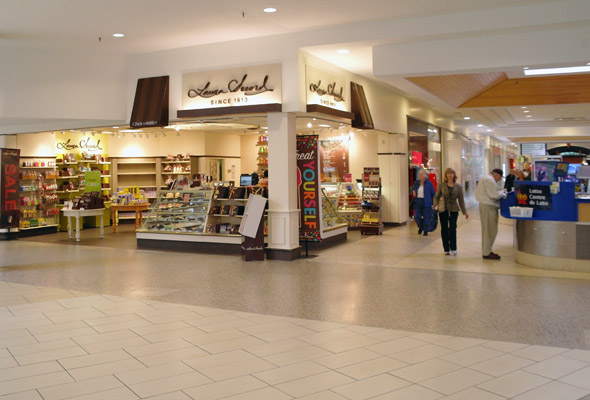