Last night at the Audi dealership at the foot of the Bayview extension, Greta Constantine took a giant step out of their comfort zone and into the east with an Orient-inspired, tribal-style fall/winter collection that was half a world away from their usual Grecian columns.

The jersey dresses that the Greta boys became famous for were still there, but were hiding under swathes of wool, velvet, and fringe (and accessorized with Chinoiserie-silk-covered Sherpa booties) that called to mind Yves St. Laurent's global-inspired collections of yore and the current ethnic pieces that have filled the runways lately. "It's the uniform for the modern tribe," they declared.

The richness of colour was gorge: jewel tones like sapphire (used in a draped blue velvet top), ruby (shown in the high-waisted red trousers), and amethyst (as seen in the purple silk gown with the plunging V-neck) are a welcome shot of colour in the typically blah winter palette.

Shapes were also altered from GC's typical draped column gown to pieces more suitable for what they call the "urban nomad," whether it was a detachable bustle or cascading ball-skirt made of rough ruffles, an anorak with a cape-like attachment floating behind, a Matrix-esque greatcoat composed of huge wool panels, or a hooded cape. Even ballgowns were reimagined in black wool (with generous pockets!), while there even appeared military-style double-breasted coats fit for a Eastern European officer.

Kirk Pickersgill and Stephen Wong said the Greta and Ezra collections work as a "a global dialogue, not a battleground between Old World and New or East and West."

It's a brave new world out there - here's to the designers attempting a unique style for its citizens. 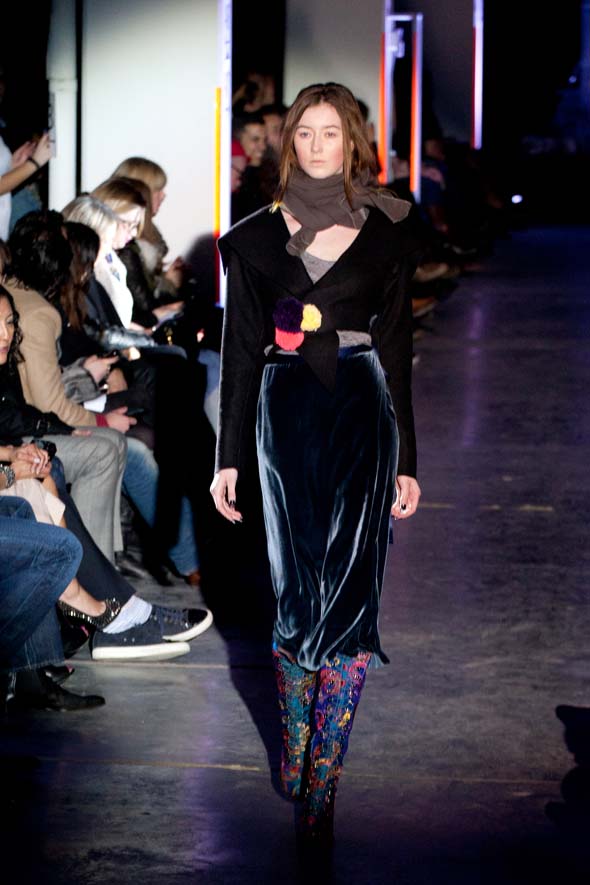 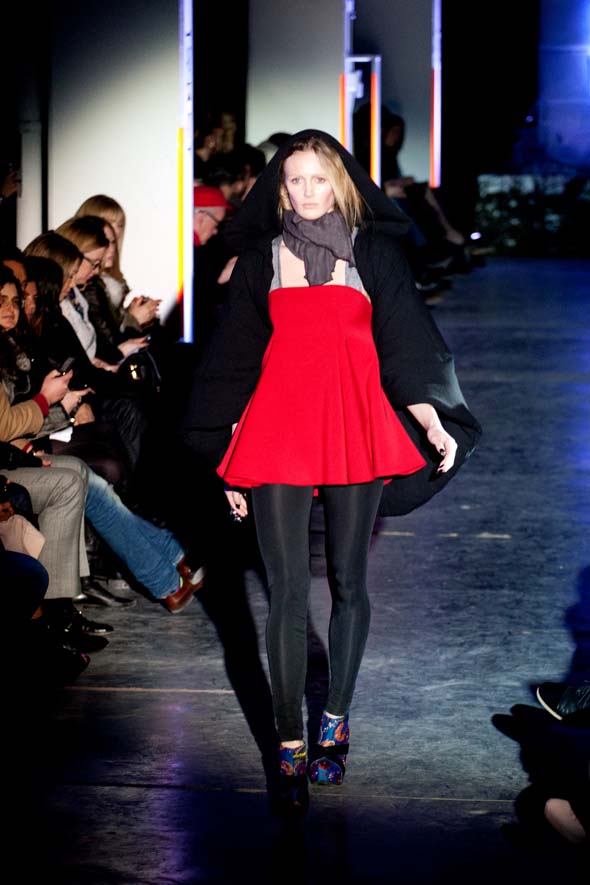 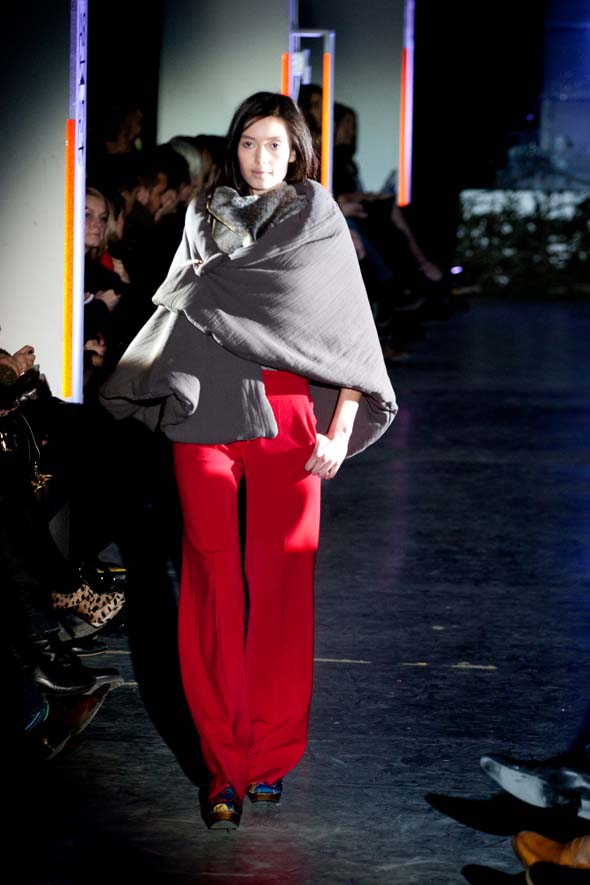 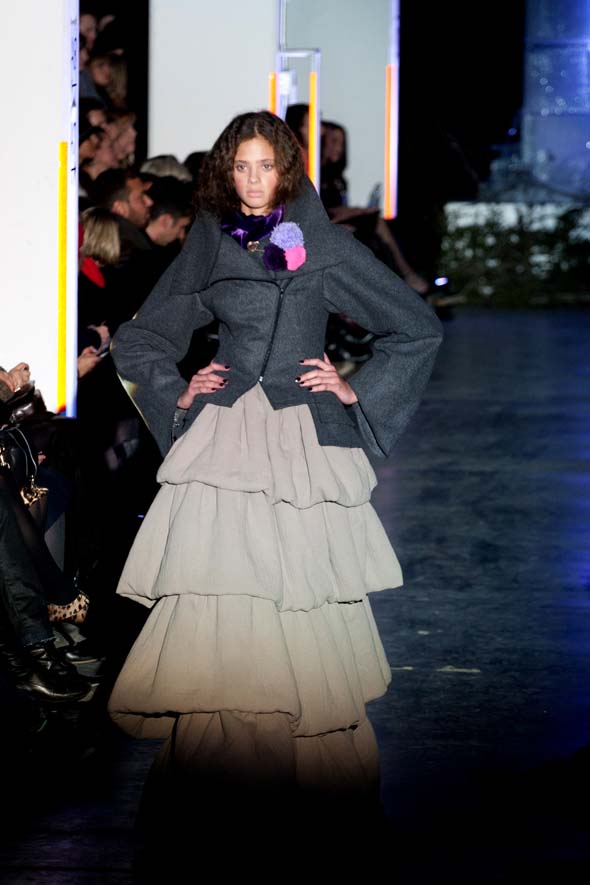 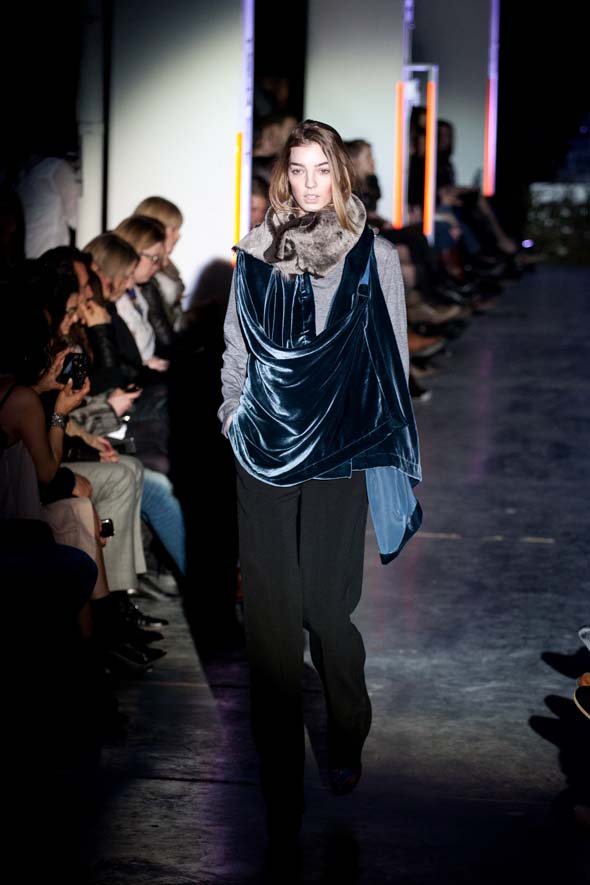 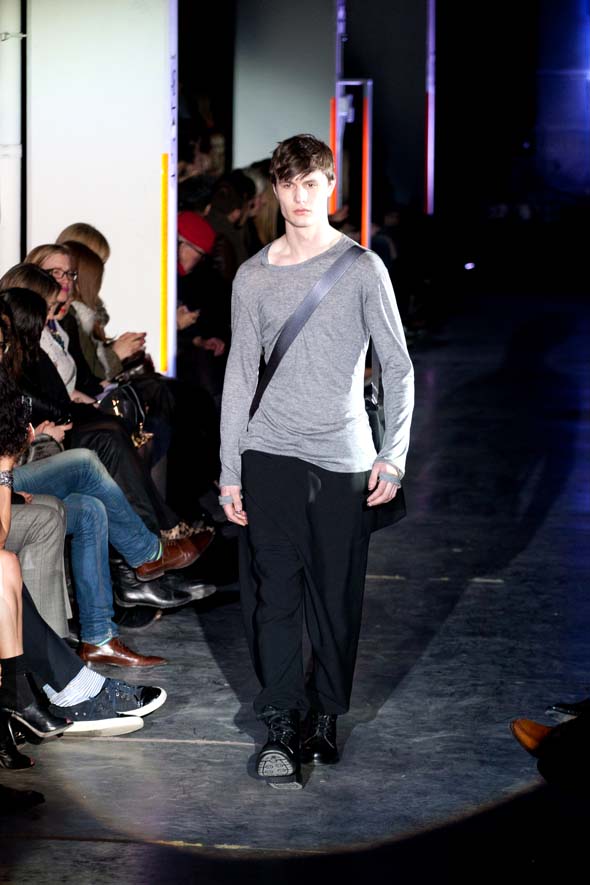 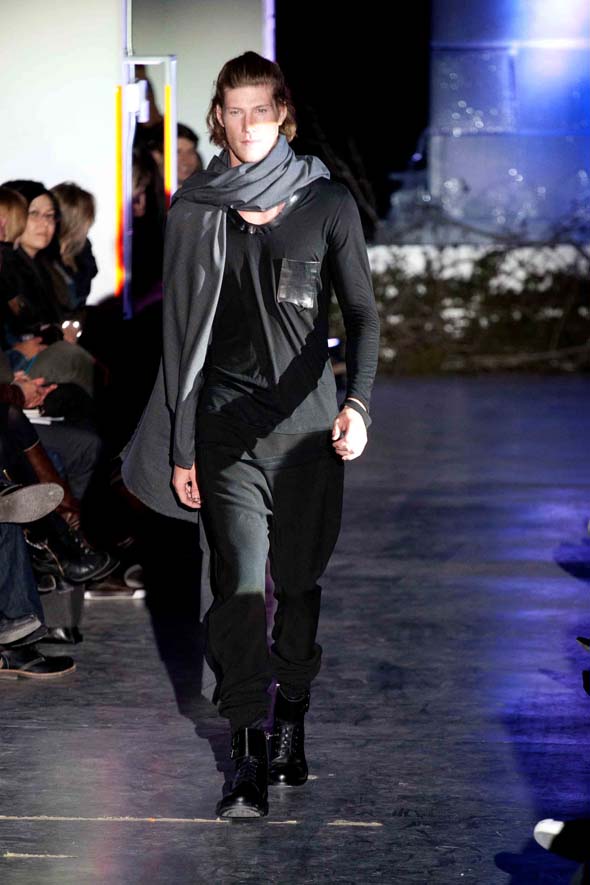 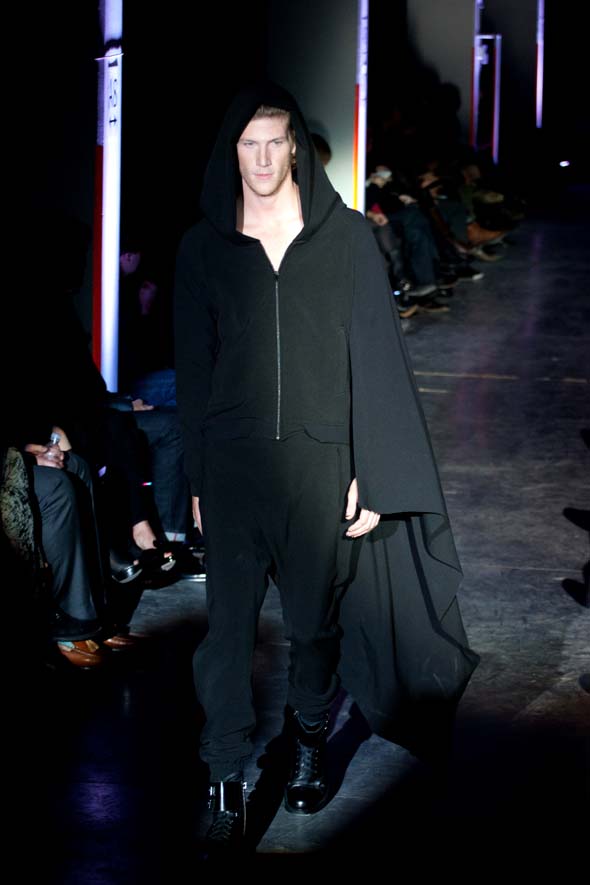 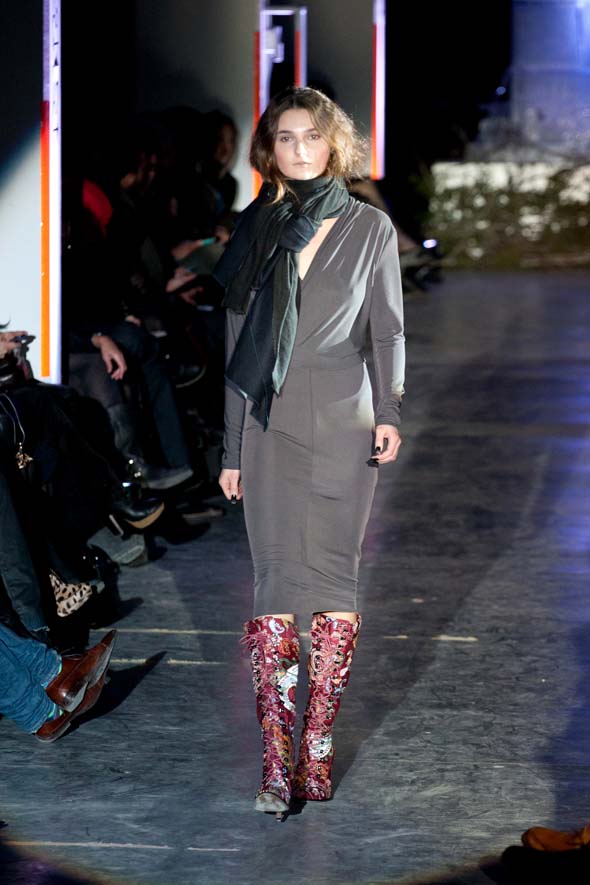 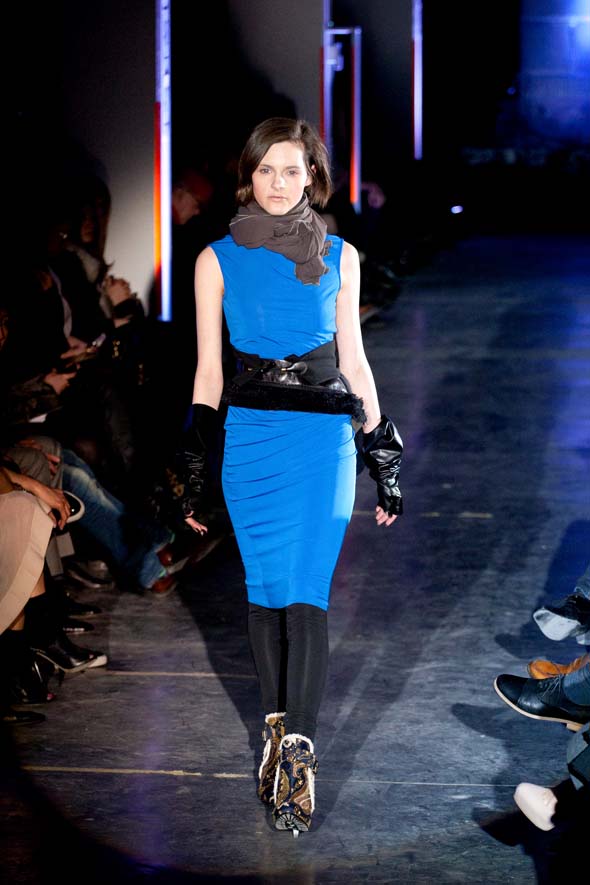 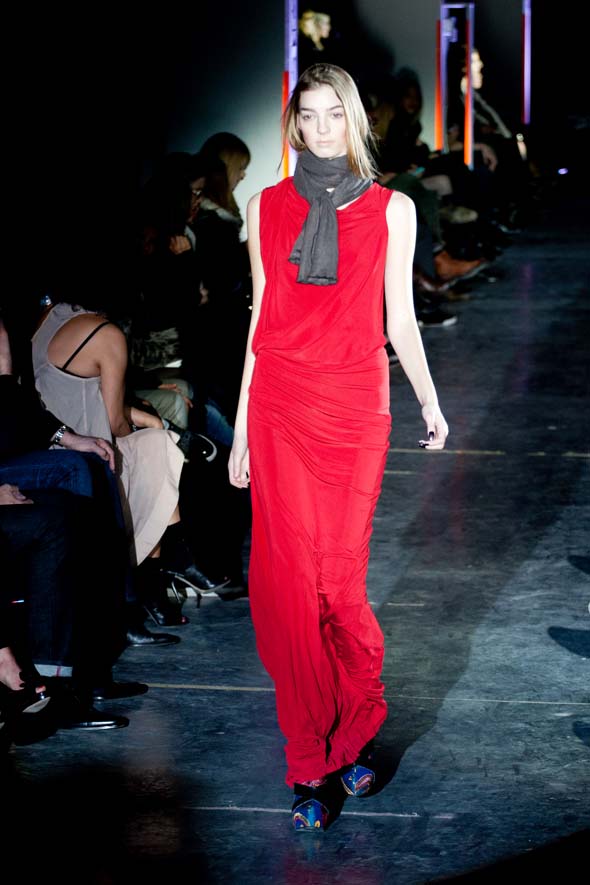 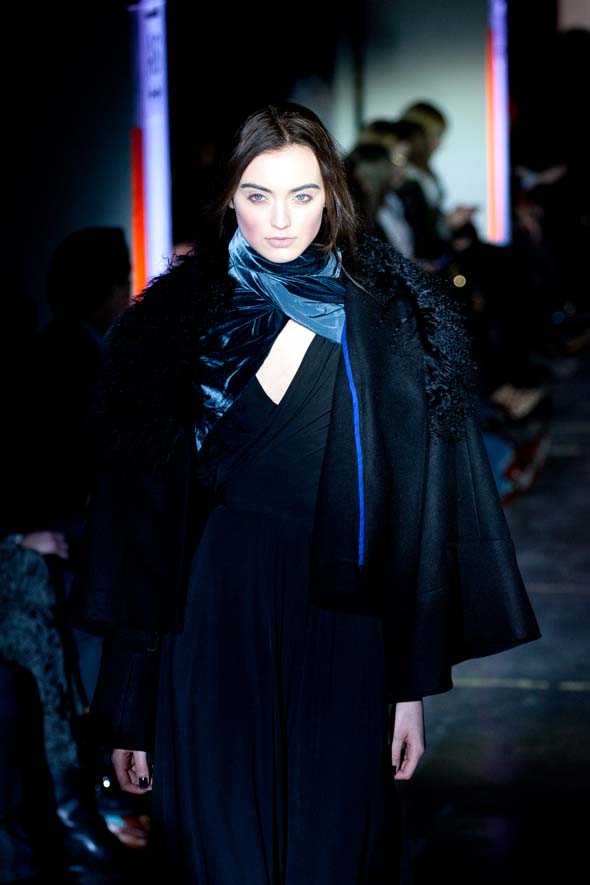 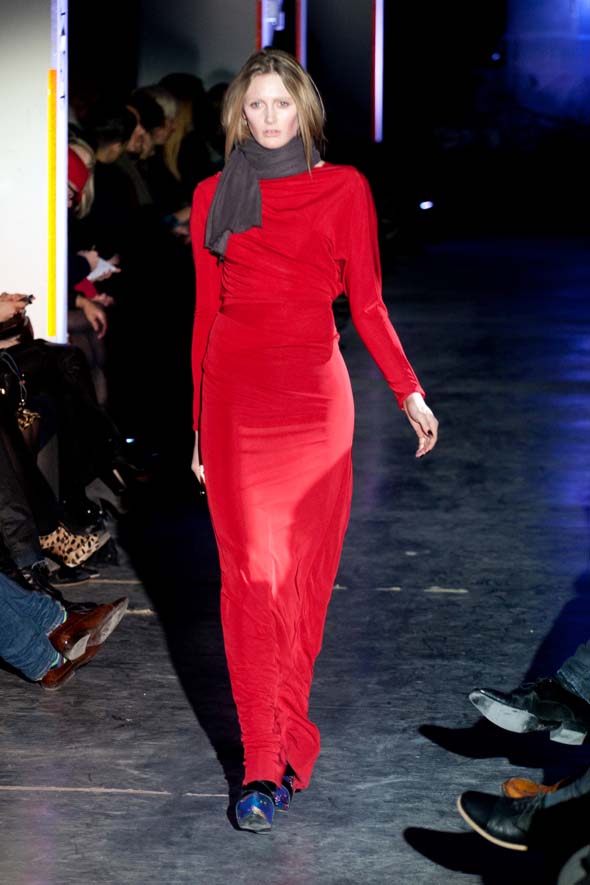 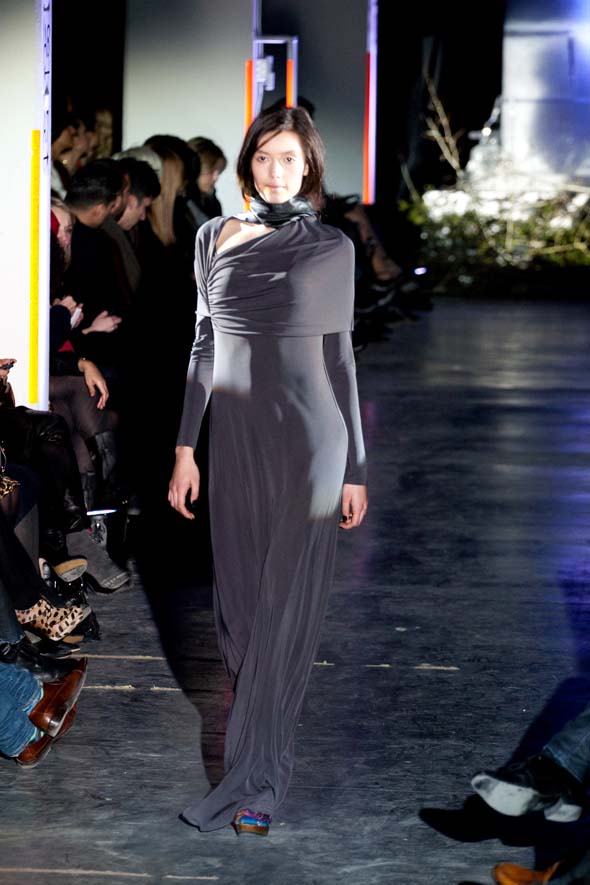 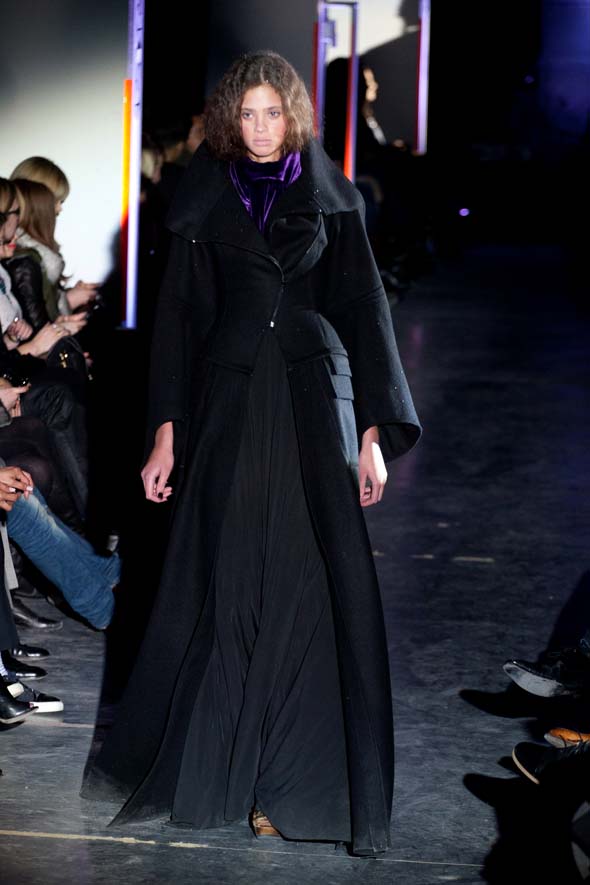 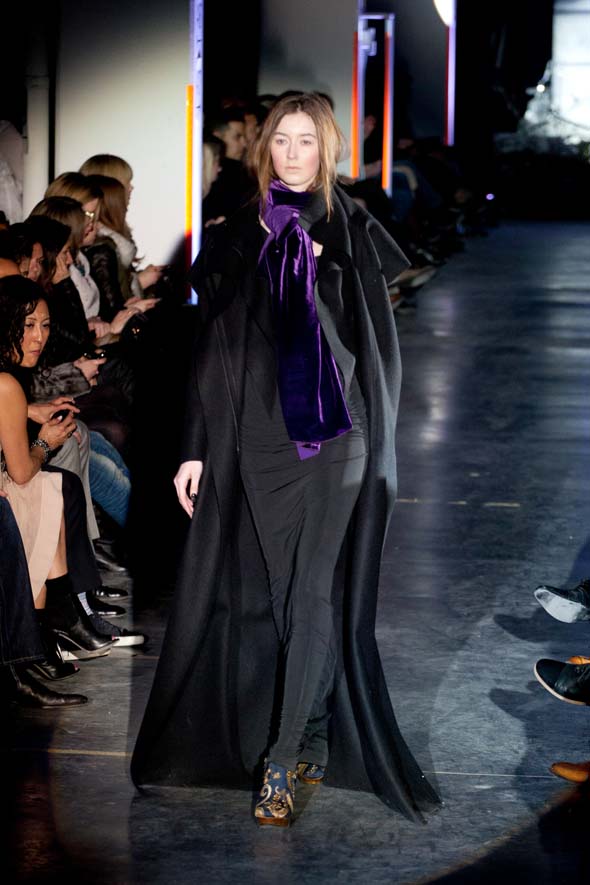 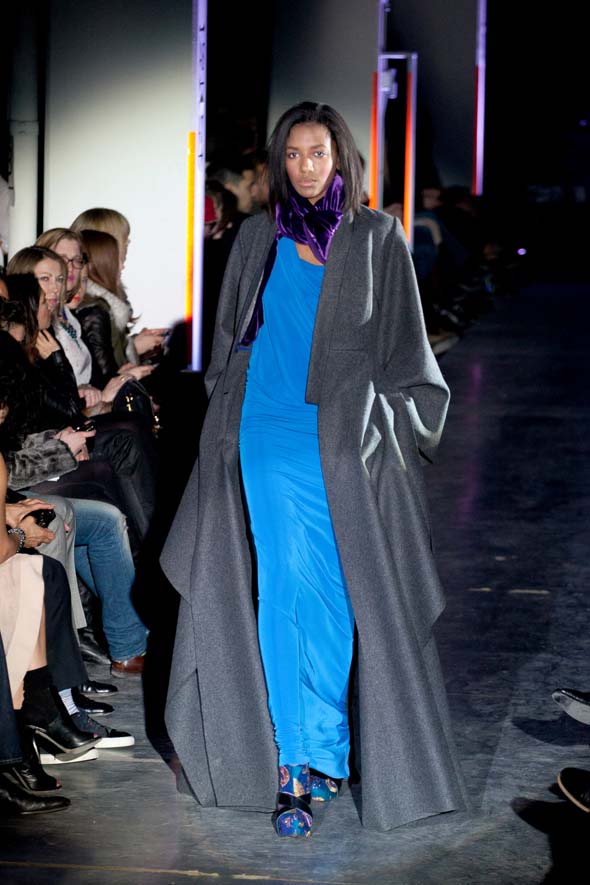 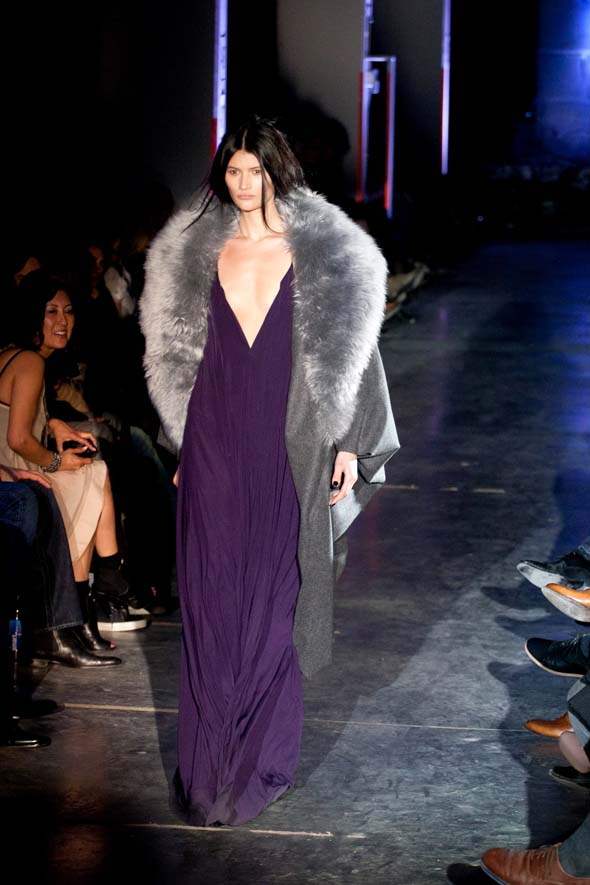 A special thanks to Peroni for sponsoring our coverage of Toronto Fashion Week. 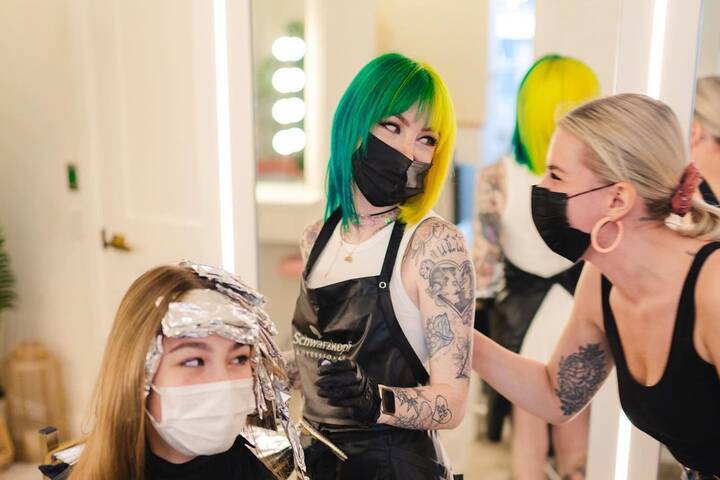