Sneaker art doesn't fall into the "high" category of cultural proceedings, but curator Caleb Beyers focused his attention on 40 of Canada's top artists to evolve the now ubiquitous gallery show that took place at the Red Bull 381 Projects this week.

Teaming with PF Flyers (bought out by New Balance in 2001), the concept was quite simple: give 40 artists a pair of the brand's Archival Reissue PF "Bob Cousy All American" shoes and create some form of original art. Caleb and PF Flyers decided to release any sense of thematic control, which in one instance produced some unsavory results. A spokesperson for PF Flyers mentioned that one artist chose to redesign the white shoe as a member of the KKK - a fairly graphic statement for a shoe that was designed for a man who was staunchly anti-racist. In an effort to keep the passionate artist in the roster, there was a second issued pair of sneakers, but they were declined. 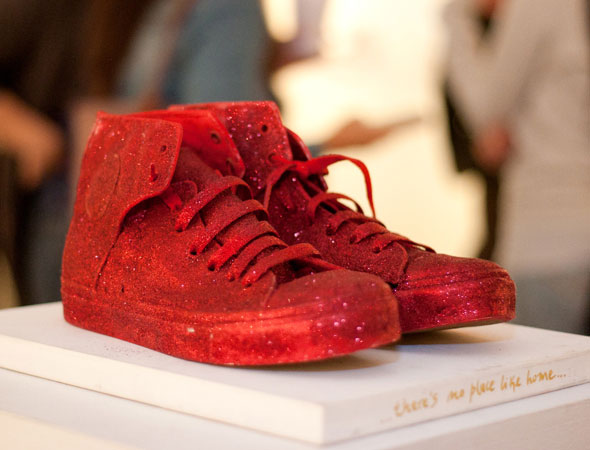 For the most part, the sneakers represented exactly what you might think - paint on canvas. To me, this isn't a far departure from your everyday canvas painting and what stood out for me were the shoes that experimented with the subject matter - manipulating or repurposing to give the piece more layers than a static shoe sitting atop a makeshift wooden table.

In fact, artists Calen Kanuf and Dan Climan combined a vintage table with resin and spray paint to showcase four pivoted shoes beneath table legs (top photo). It reminded me of those times when I was told to keep my feet off the table - shoes are meant for your feet. 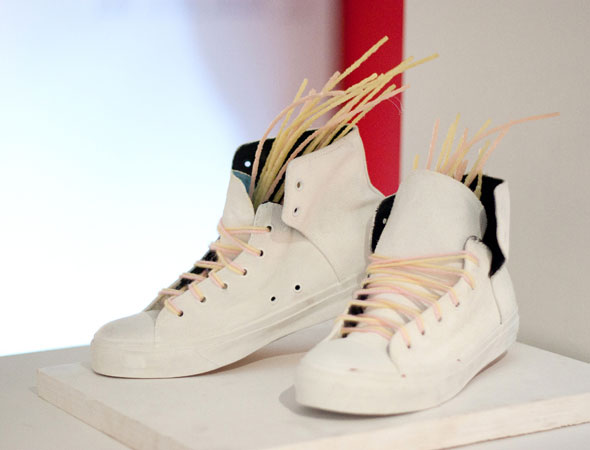 One of the most minimal creations caused the greatest impact - artist Tung Vo reconstructed the shoe using vintage leather (from a jacket), Vietnamese conical leaf, white deerskin and contact cement. Vo highlighted the limitations of shoe design and how creativity to sneaker fetishists often equates to bold colours and licensing. With a bit of manipulating, Vo has showcased the kind of wearable - with some weatherall - art that most fashion designers strive to create. 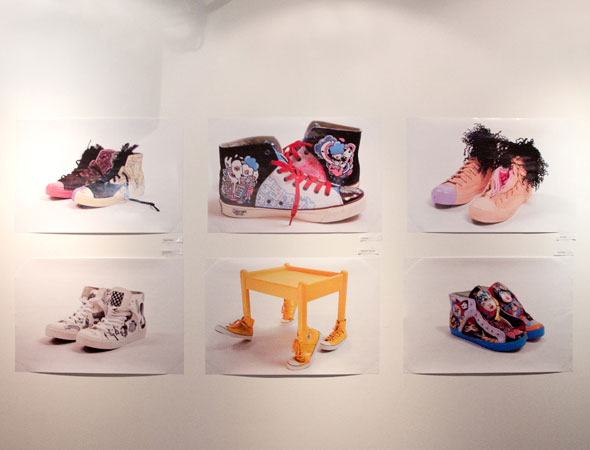 Aaron Ellard's obvious Damien Hirst knock off (instead of a formaldehyde shark in a wooden box, it was a shoe) showed a lack of creativity. Just because it isn't your own medium, doesn't mean you are afforded the opportunity to reproduce ideas. In a world where nothing is creative, surely some things can remain sacred.

As art does, it became political with Curtis Santiago's black-on-black stuffed bird in oil-slick paint. Placed inside the shoe's opening, the bird is thickly coated foot-to-beak in paint while it solemnly wanes in the direction of the bottom lace.

The art will obviously do the talking, but in some cases the subject matter was so jarringly literal (in the best way). An example was the realist painting from Robert Mearns that captured the eyes of its subjects so well. If you look at these shoes, they will look back (in horror). 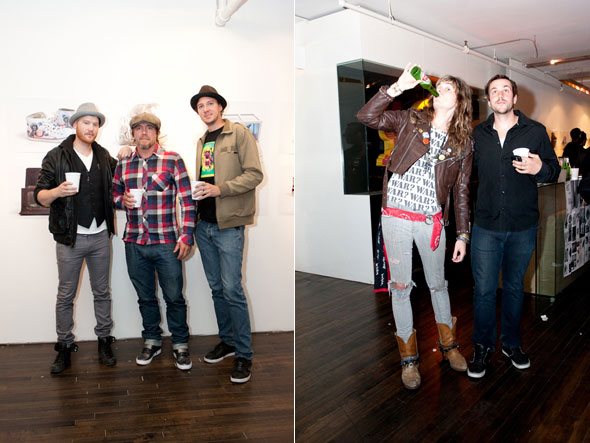 The concept for PF Flyers' Art + Sole is a great one and given that this is their sixth year in this pop up auction biz, it is clear to me (and to many of the spectators) that their growing roster of experimental artists has re-ignited (to a certain degree) the interest for a sneaker art showcase. But don't let me sway you, check out the images here and on their tumblr if you missed out this week. 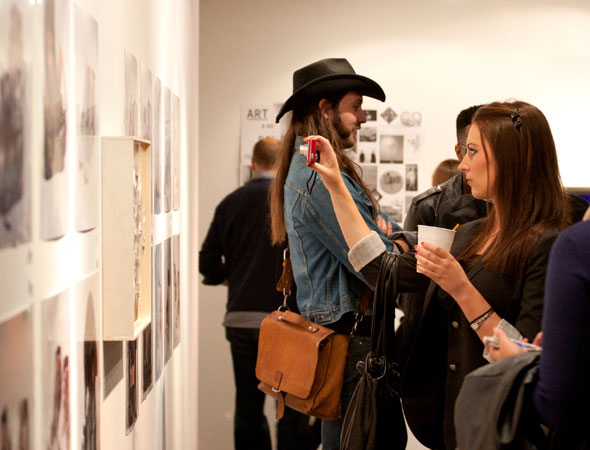 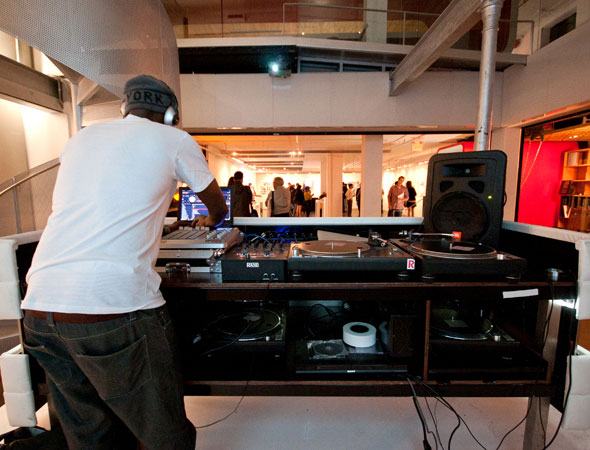 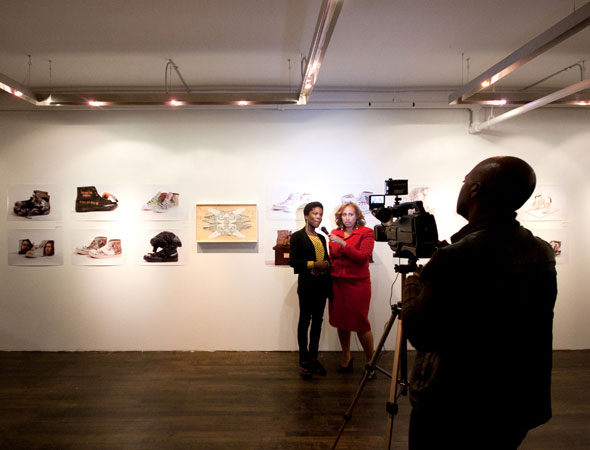