Hermès called on artist Marcus Tomlinson to bring their Pierre Hardy-designed shoes to life in a short film that graced the luxury brand's media showcase of their fall offerings. Shoes tippity-tapped their way across the screen as "Foot Ball" showed a day in the life of a few pairs of Hermès footwear. 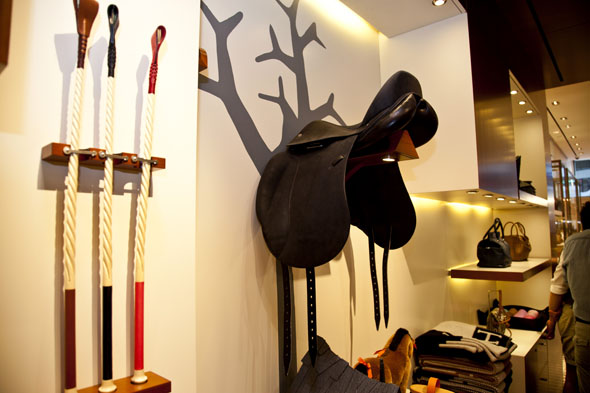 Visiting the swank Bloor Street Hermès boutique was like taking a walk in a very rich person's shoes: the store is presided over by a massive, gleaming black leather saddle mounted on the wall, while artfully placed everywhere, just so, are impeccably tasteful leather belts and heels, a rainbow of fuzzy fedoras, and sinfully smooth driving gloves in cherry and white. (Oh, and riding crops: very, very tasteful riding crops.) 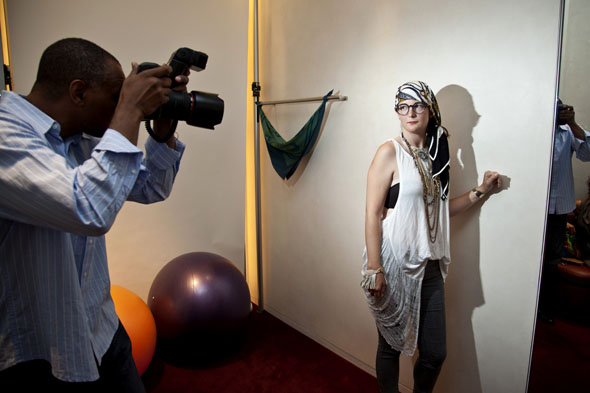 Any Hermès event wouldn't be complete without the house's iconic silk scarves: a brand ambassador/scarf ninja was on hand to drape willing scarf-lovers in a thousand different squares of silk (or throw on a trilby or two, plus those exquisite driving gloves). Her hands whizzed and blurred, strapping scarves on heads, swathing them across the body, and tying them in knots, turning them into ties and halter-tops. (I rocked, as you can see, the lovely fifties/sixties starlet scarf-in-the-hair look. Classic!) 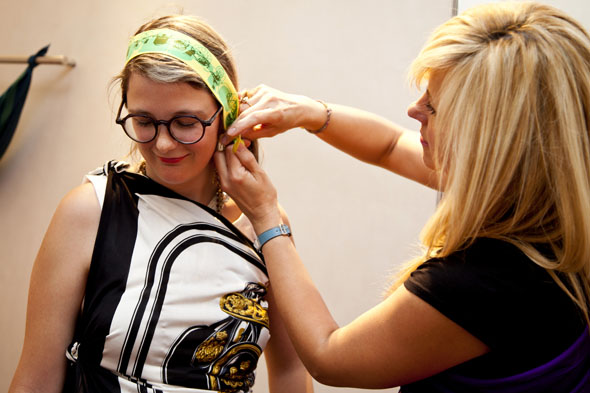 Perhaps that can be my next vocation: "scarf ninja." I'll ride my Hermès saddle into workplaces and parties, draping people with silk as needed, and then gallop off into the night. I'll put in a call to Hermès. 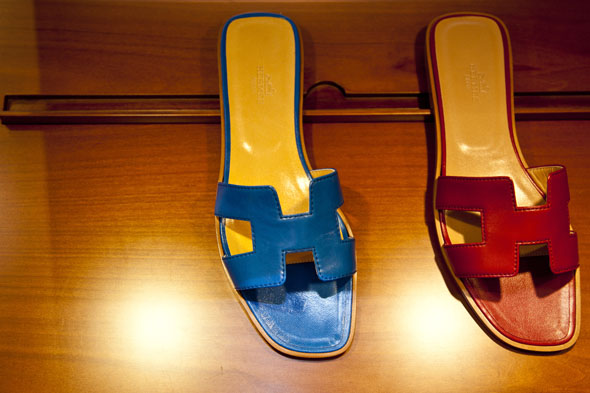 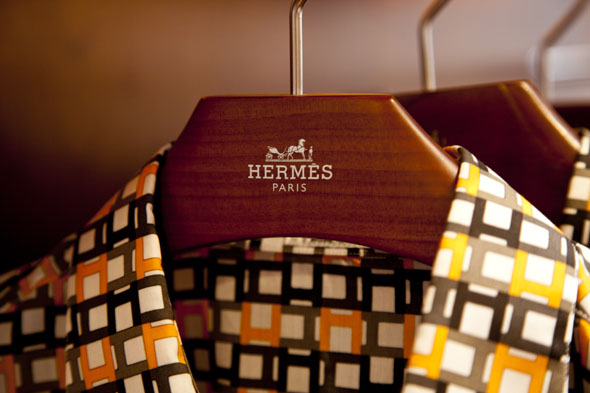 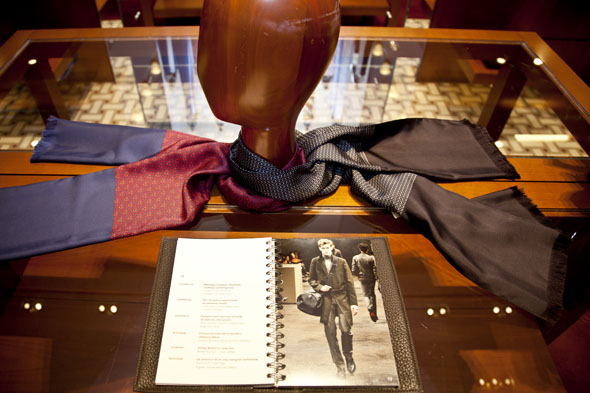 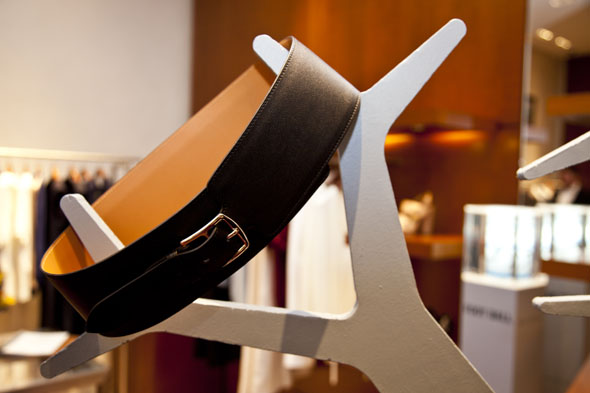 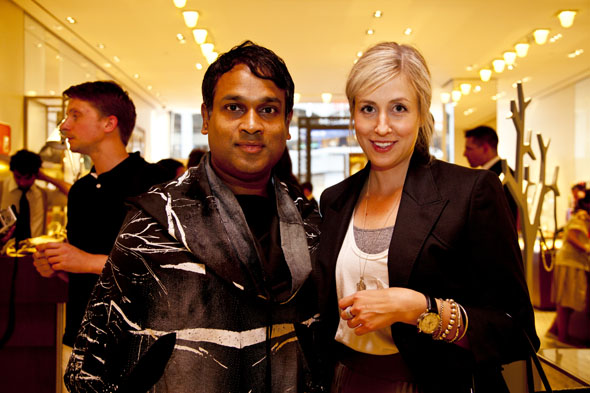 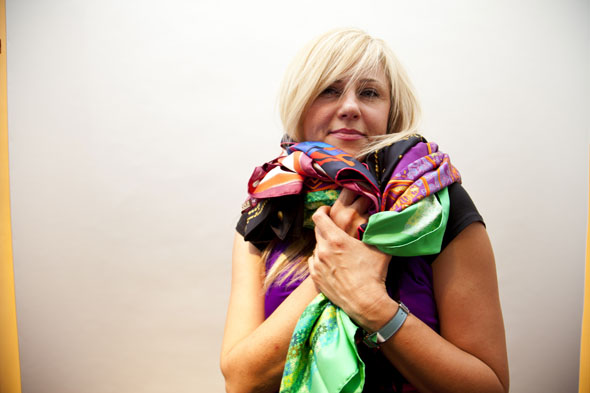