Strut For a Cure and the lovely Coco Rocha

International supermodel Coco Rocha alighted in her native Canada last week to own the runway at Strut for a Cure, a fundraiser for the Coast-to-Coast Against Cancer Foundation. Coco stomped, designer Todd Lynn showed his clothes, Jeanne Beker hosted, and Dragonette performed--a style all-star line-up if there ever was one. 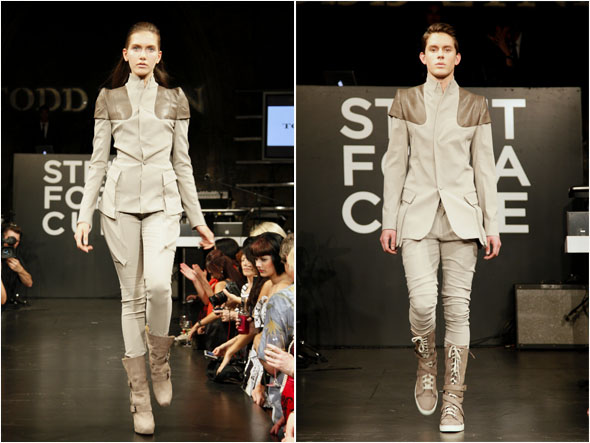 Despite the sweltering heat in the elegant Berkeley Church, the models looked futuristic fierce in Todd Lynn's Fall/Winter 2010 creations, which rocked his trademark rock-and-roll warrior aesthetic with plenty of dramatic leather and fur, big shoulders, and battle-ready angular cuts. 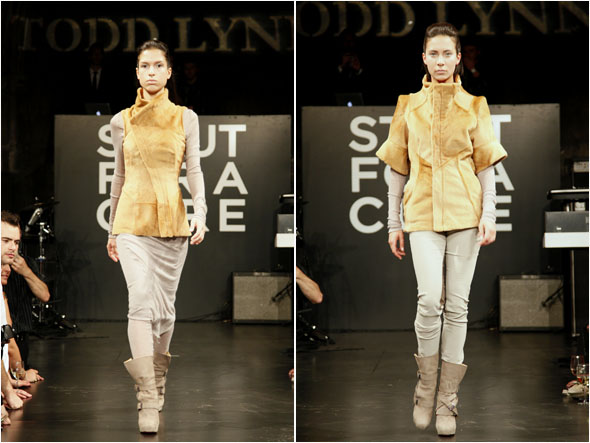 Lynn has made his name overseas, so it was a real treat to actually see his stuff in-person on the runway--he's big-time enough to show at London Fashion Week, where this very collection got rave reviews from the venerable style.com. 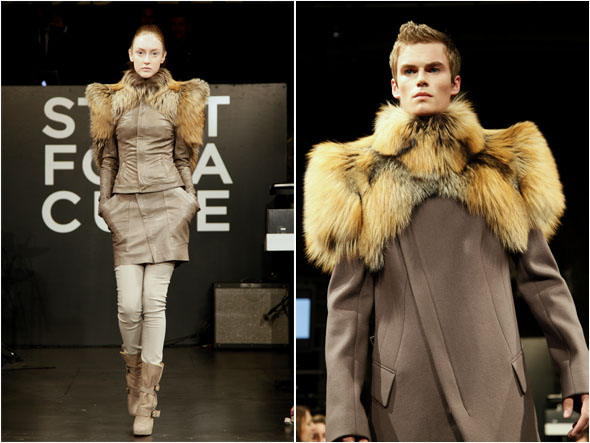 Coco, who shimmied into one of the awesome Greta Constantine black-and-white catsuits post-show, wasn't wrassled into the event by some faceless PR flak: it was, in fact, her wee preteen cousin who wanted to raise funds to battle cancer after being touched by the plight of her friend Adam, who is a cancer survivor himself. 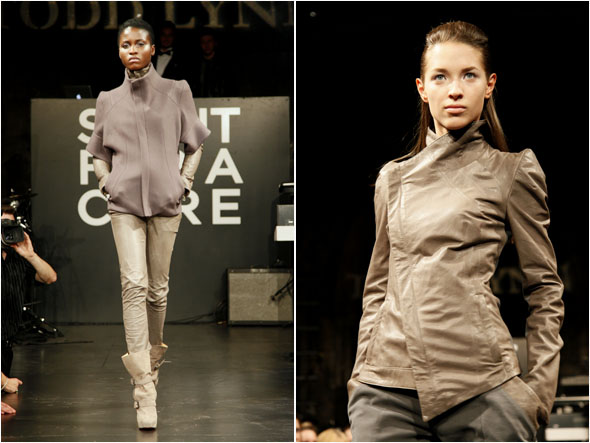 Fashion was, she thought, a perfect fit for a fundraiser. "Fashion is in itself a community, and it's always changing, and wanting to know what the next best thing is, so if they have the same drive to do something about this..." She smiled that famous Cheshire cat grin.

Charity is, after all, always in style. 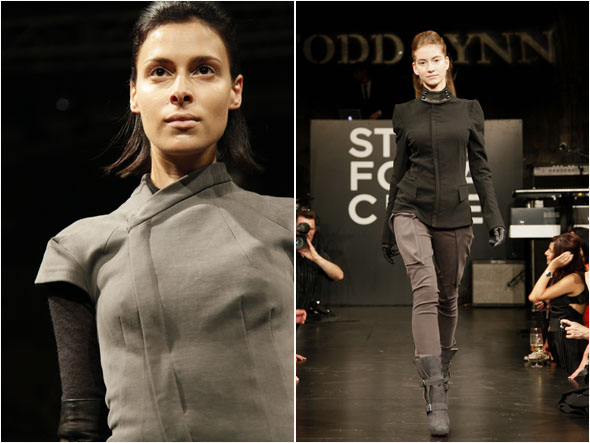 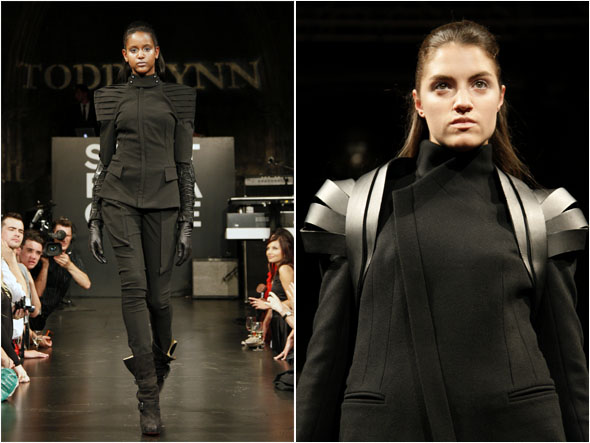 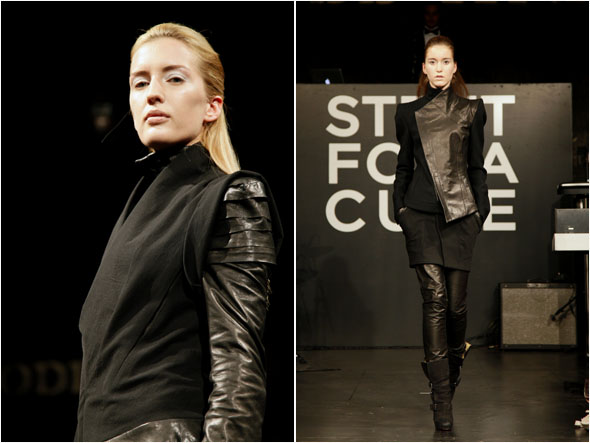 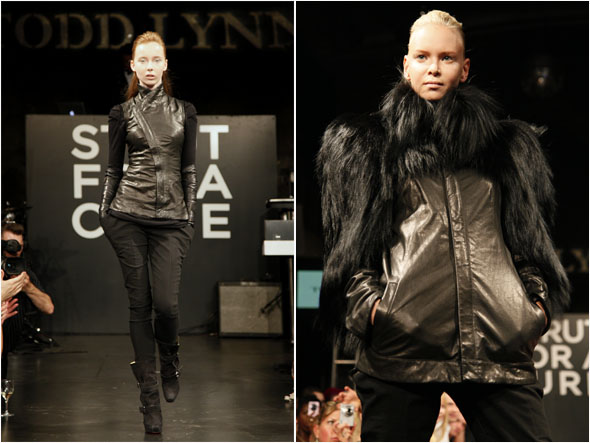 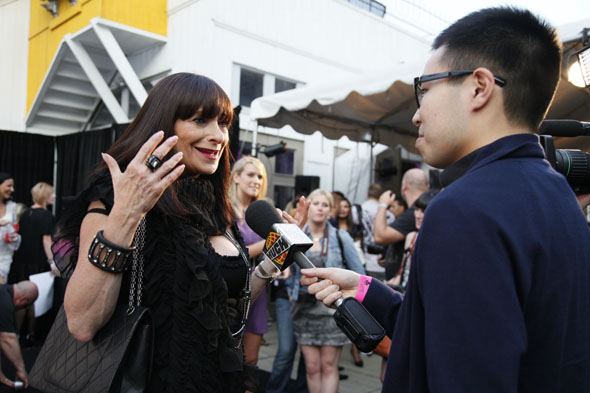 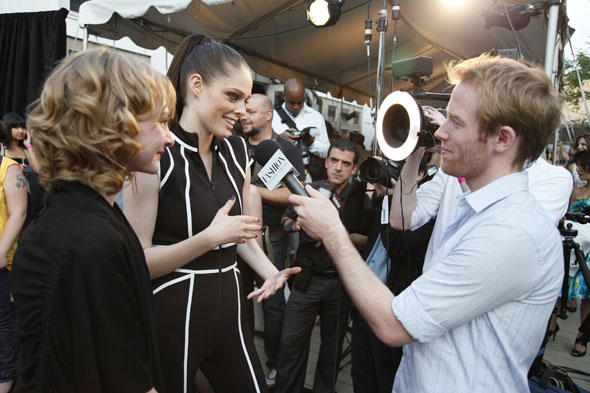 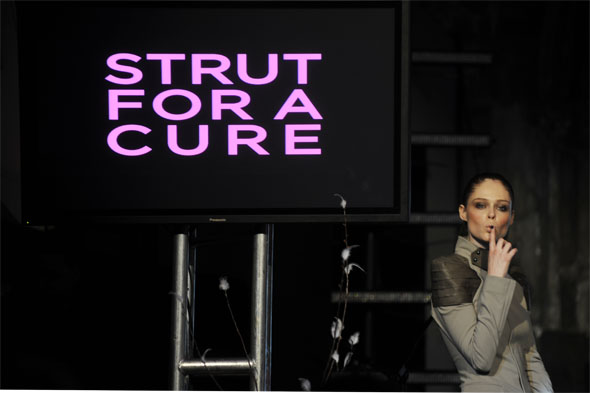 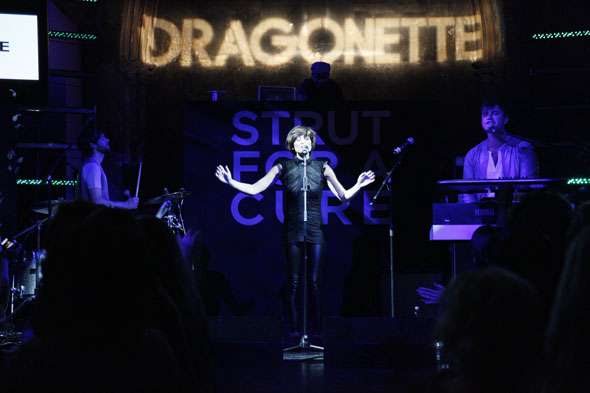