SPEECH jewelry looks like it could cut a bitch. Michael Mercanti launched his fall/winter 2010 collection, "Paradise Lost," at Carte Blanche last week, showing an accomplished -- if dangerous-looking -- line of chunky silver jewelry twisted into thorns, crosses, and other religious iconography. 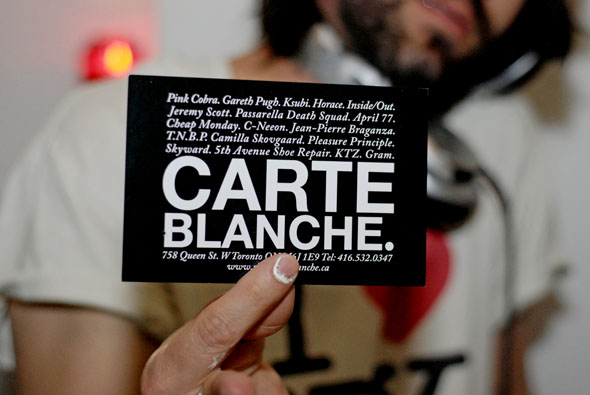 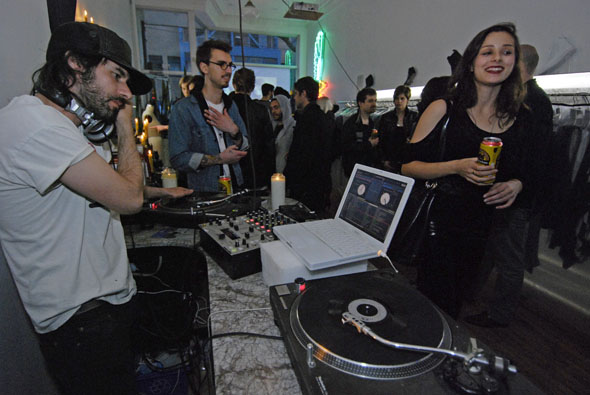 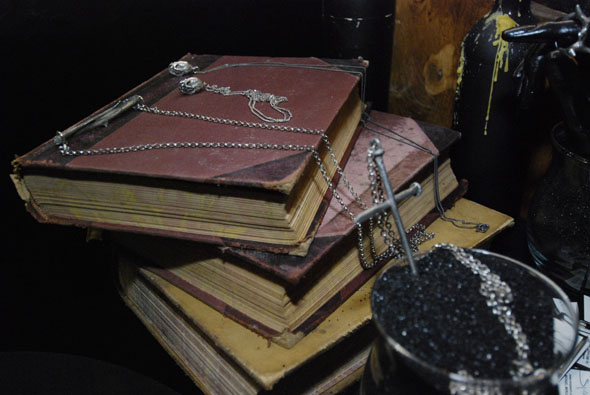 The diminutive designer was impeccably turned out himself in one of the new linen man-ponchos from Carte Blanche's fun new Cult de Laissez Faire line ("we had to shorten it about nine inches for him!" chuckled Carte Blanche co-owner and Cult co-designer Daniel Augustino).

It's always nice to see a well-dressed designer, and meet one who is so down-to-earth, and even shy (the line is titled SPEECH, as an affectionate nod to his own stutter), especially when the collection is definitely of the in-your-face variety. I kinda like the juxtaposition; it keeps you on your toes. 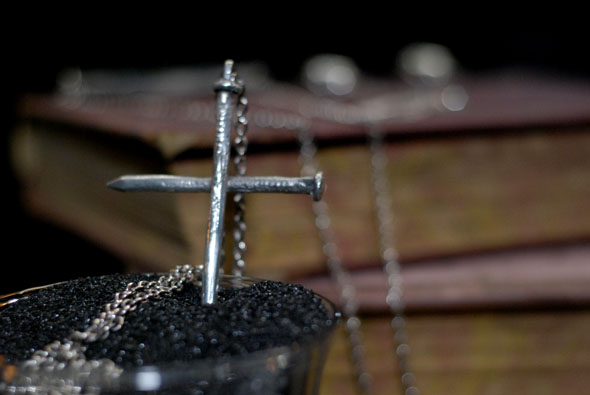 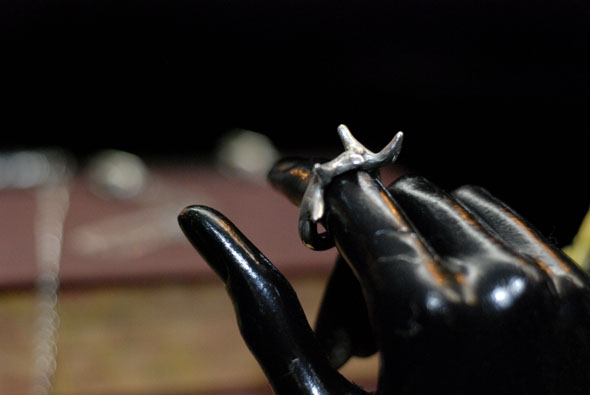 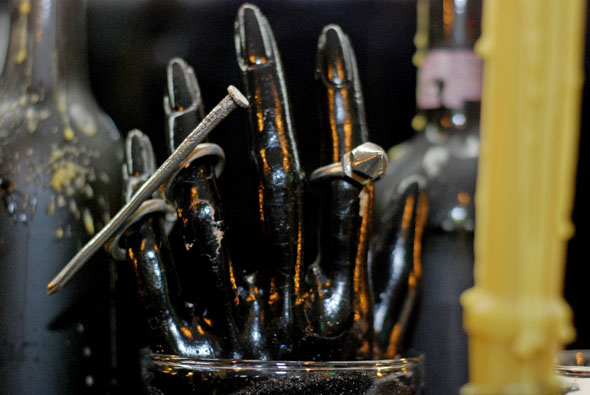 I chatted with Mercanti who is a visual merchandiser by day ("Don't say where I work!" he whispered), and crafts his dark pieces by night. He was shy about his work, which started out as a hobby.

Now he's rocked some silversmithing courses and studied under local jeweler Claude Abitteau, before starting up a line for real.

The Paradise Lost collection had some lovely pieces, including a trapeze necklace out of a thick, thorny rose-stem; cross pendants twisted from nails; and thorn rings, along with an assortment of skull necklaces. It was a bit of a heavy collection, but there was a nimbleness and chicness to the line, too, that would let them work as statement pieces even on a less-punky person.

"It's a little dark," Mercanti smiled. "I'm a happy person, but I just make dark jewelry." 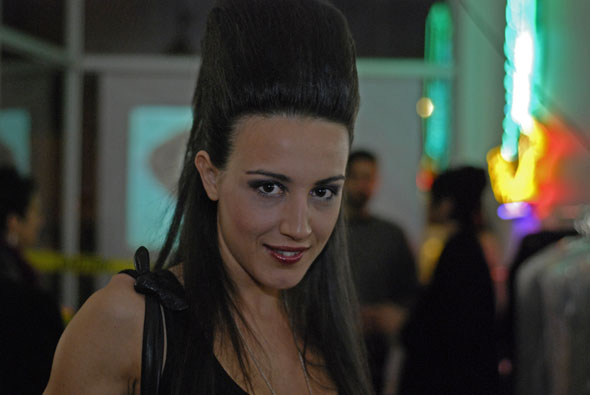 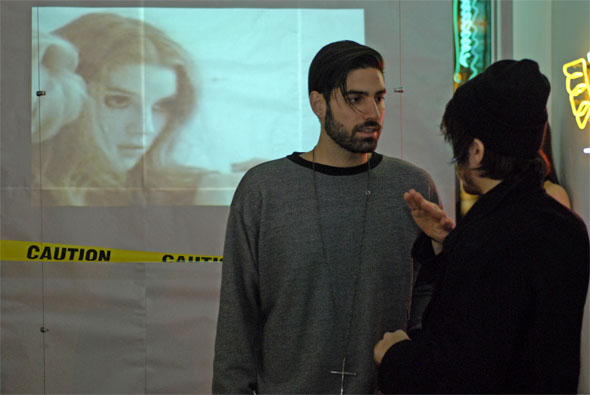 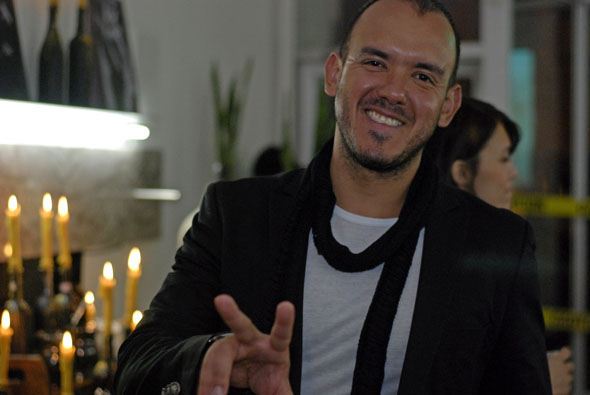 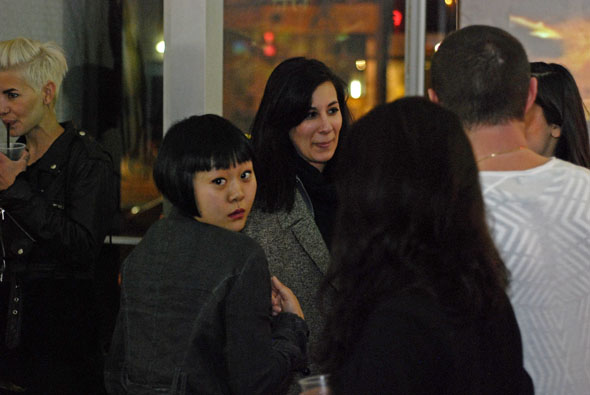 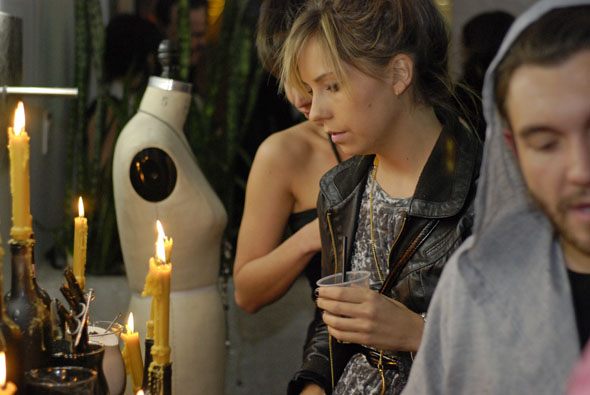