Fake smoke, good collections and a boob slip mark day one of FAT

FAT is like LG Fashion Week's younger, sassier, somewhat Goth sister. The fifth annual Alternative Fashion Week kicked off this week with a handful of worthwhile shows down in Liberty Village.

Day One suffered some mishaps--including an abundance of fake smoke, a breast popping out of a dress, and a giggling outburst from the photo pit during the opening opera-and-dance number--but the collections were, for the most part, well-done, for budding designers.

(Let us not speak of those who get a failing grade this time 'round--FAT is all about supporting new designers, not reaming them out for first-timer mistakes, so I'll just stick to what I dug.) 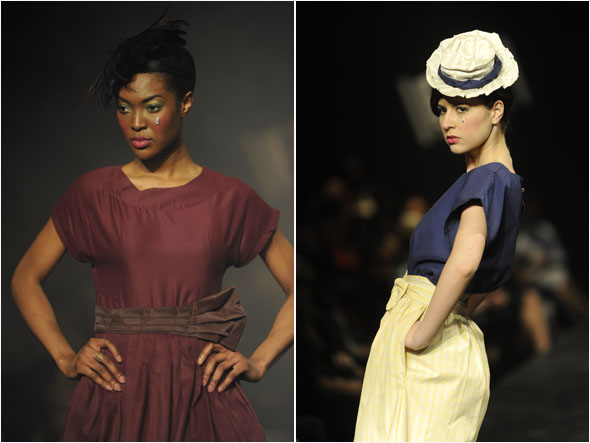 Joelle Wall's line was very simple, very femme. I was a big fan of the tops with the stiff pleating sticking out, the unadorned yellow striped frocks, and the jaunty skirts with the bow at the waist. (She went for a little more drama with a Jetsons-like cocktail dress with a slash of fuchsia and a big ball skirt.) Nothing groundbreaking here, but a nice, accessible line for when you need something solid for work or a go-to everyday dress. 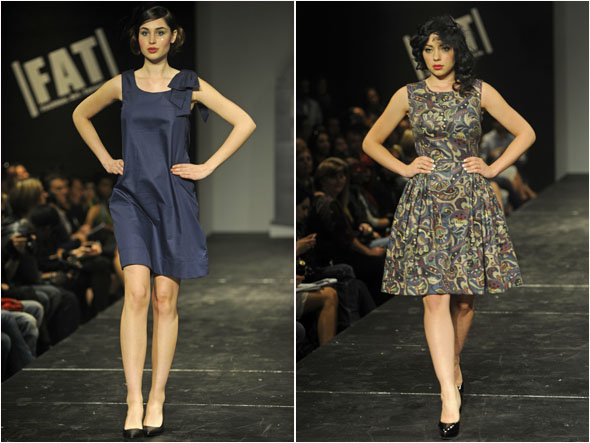 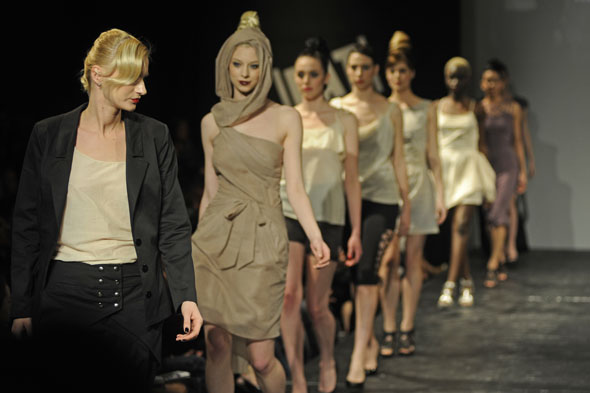 Thea Barber showed looks that served as the downtown counterpoint to Davidamor's uptown chic. Slouchy black blazers, short-shorts, mesh-side leggings, and sheer cardigans were the highlights of a very wearable collection. (There were some streetwear-like details that cheapened the looks somewhat, such as a few extra buttons on some pants, or a criss-cross string-tie back.) But there were lovely pieces, too, including the super-sexy cross-over top paired and the elegant pencil skirt. A solid showing. 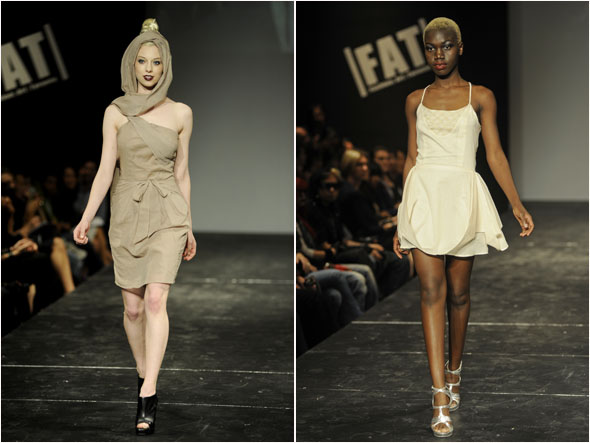 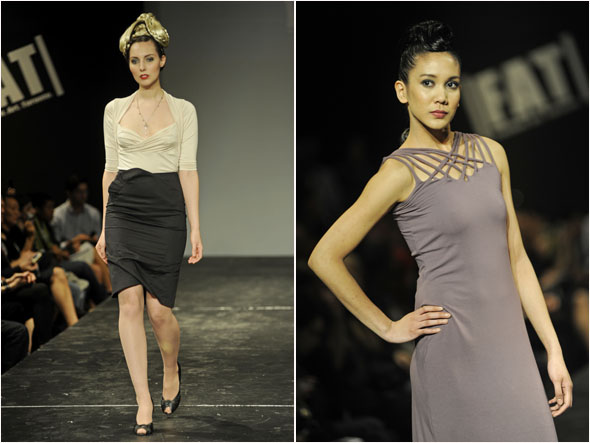 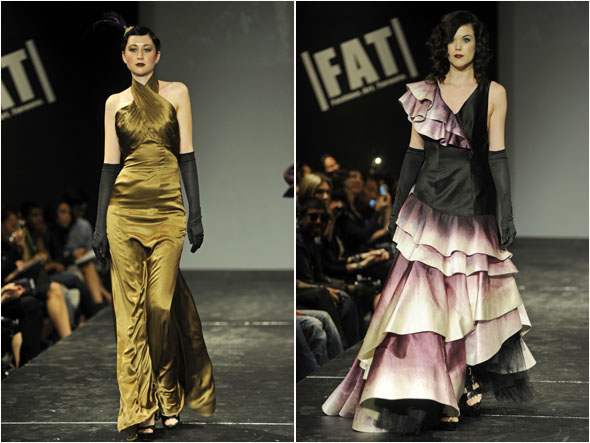 Hillary Sampliner went regal for her Ruth Weil collection, sending luxurious coats and eveningwear down the rickety FAT runway. She shows a real talent for outwear, especially in the asymmetrical peplum coat and the vintage-inspired belted topper, as well as a flair for exciting cocktail frocks and gowns. I loved the ombre dress that was made from cascading magnolia-like petals, and the short dress crafted from a spiderweb-like material in a fetching blush shade. But it was the finale piece that got the crowd going, with its one-shouldered ombre magenta-and-cream flamenco-inspired gown with a pouf of crinoline and high, high drama. Well done. 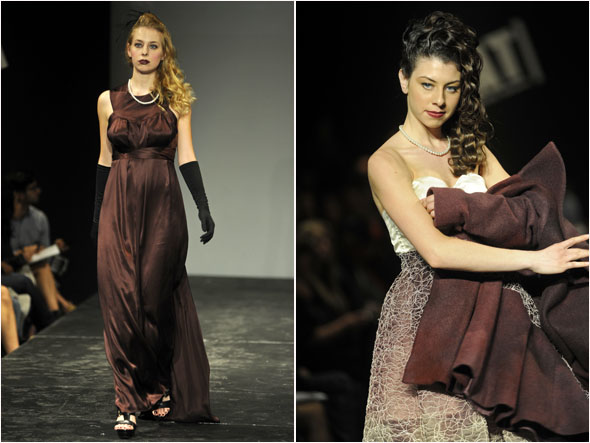 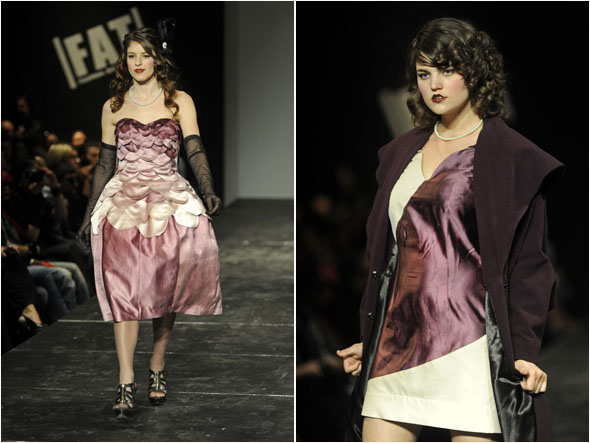 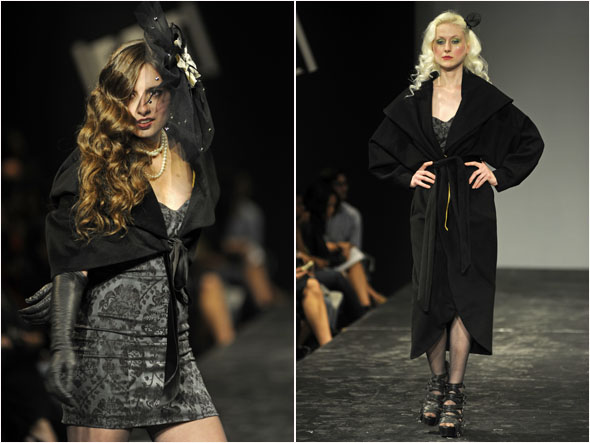