The Toronto International Design Festival makes its debut next week. It's a new festival that's actually the result of several long running events coming together under one really huge banner. Anchored by the 12th annual Interior Design Show, the week presents a whole circus of activities, parties, openings, and shows for those interested in the latest contemporary design.

All the big players and venues are involved including the ROM, the AGO, the Gardiner Museum, the Design Exchange and the Ontario Crafts Council , are all either kicking off new shows or hosting specific events.

Sifting through the sheer volume of events is daunting, and the user unfriendly Design Festival's website is frustrating, but there is much worth seeing and attending. The key to the website is the date box - click on the day you want to load, because not everything runs all week. 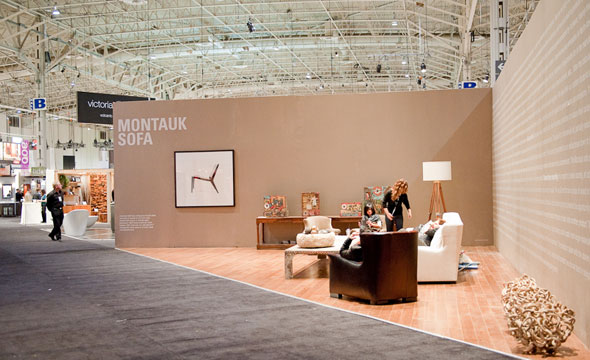 IDS is the largest of the events by several orders of magnitude. It's always had a "what you could do to your home if you won the lottery" vibe. But there are always a few standout booths and areas that make attending worthwhile. If you can wangle your way in to Trade Day (Thursday January 21st), head to the all day talks on "A world without oil". If not, the Globe and Mail's Danny Sinopoli and Jason MacIsaac (from MOTI) are among the notables who'll be speaking on Sunday afternoon about what's happening in current design. I like smart people talking about smart things - but be warned that tickets aren't cheap at $35.

Consistently enjoyable are the up-and-coming new designers invited to display in a communal area. Katherine Morley has some intriguing pieces I'll be checking out for sure. Another must see is the PROTOTYPE area. Look for polished pieces here that have recently had the designers' blood, sweat or tears wiped off them. I'm particularly looking forward to seeing Science & Sons' Radio Canada Radio.

I'm a fan of the recycling and re-use of materials, so I'm always looking forward to seeing who has managed to apply green concepts creatively. Last year this re-purposed boiler at the Montauk booth impressed me mightily.

Here's a link to a "printable passport" that gets holders 20% off the entrance price to any of the events in the design week's lineup. 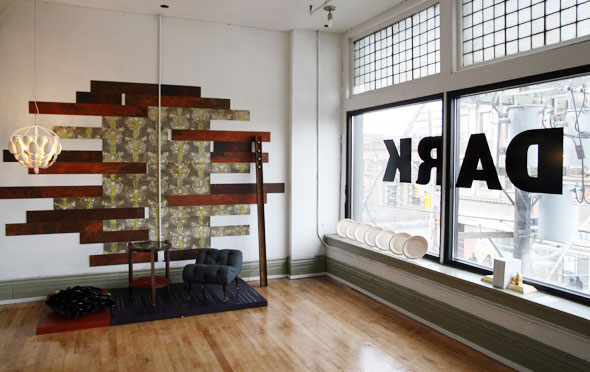 Radiant Dark (see reviews from 2009 and 2008) is presented every year by MADE. Since their first show in 2008, they have been what I look forward to most in January. Celebrating Canadians' alternately goofy and dead serious approach to design issues is a hallmark of their shows and their Dundas West store. If you can't make it to anything else this week, at least try to see this show. And best of all - it's FREE (no entrance fees or door charges). The opening night parties are legend - easily the hottest night in January. R.S.V.P. to the free opening night party A.S.A.P. 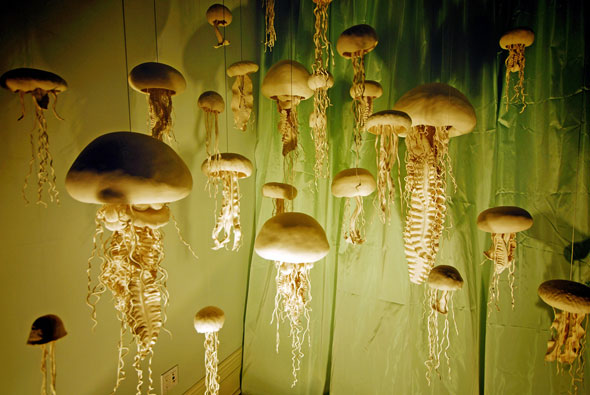 COME UP TO MY ROOM

Also kicking things up a notch is Come up to My Room at the Gladstone. The event gets rolling at noon on Friday, January 22 but the best time to go is their "Opening Night" party on Saturday (7-10 p.m.). The rooms on the second floor of the hotel are each given over to a designer, or collaboration of artists, who are then left unsupervised to dress up the room in any way they please. The results are often brilliant, sometimes profound, and usually have a healthy blast of crazy. Not free, but pretty cheap ($8). We'll be giving away some free tickets on Twitter, so if you're not already following us there's no better time to start.

CCP looks to be a winner as well. The Gardiner Museum and the ROM are presenting two short shows of ripoffs and fakes - something institutions rarely admit to, much less show off.

For more information about the Toronto International Design Festival, check out the web site or follow them on Twitter (which will hopefully be updated more frequently next week).

CUMR photo by Mike R and IDS photo and top photo by Tobias on Flickr.