It's a Snuggie! No, Wait, It's a Hudson Bay Blanket with Sleeves

The Bay was packed with Canadiana on Tuesday night as the city's fashion crowd bumped up against canoes and sucked on fresh maple candy while checking out 10 one-of-a-kind snuggies coats crafted from the iconic Bay blankets.

Todd Lynn, Erdem, Pink Tartan, Smythe, Jeremy Laing, Comrags, Klaxon Howl, Harricana par Mariouche, Krane, and Lida Baday all sliced apart a wooly Hudsons Bay blanket or two and put them back together to make jackets that kept the warm fuzziness of the famous throw but added some fashionable flair. 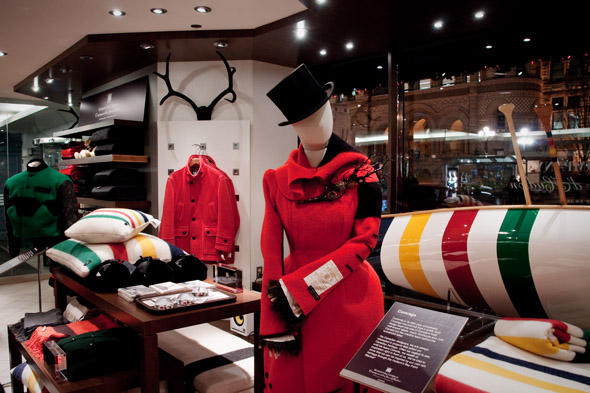 The pieces were promoting the other fun new high-end items available at the Bay in the coming months, including vintage-looking hockey jerseys, engraved flasks, organic tees, reindeer-patterned scarves, and even a Bay-striped ax. 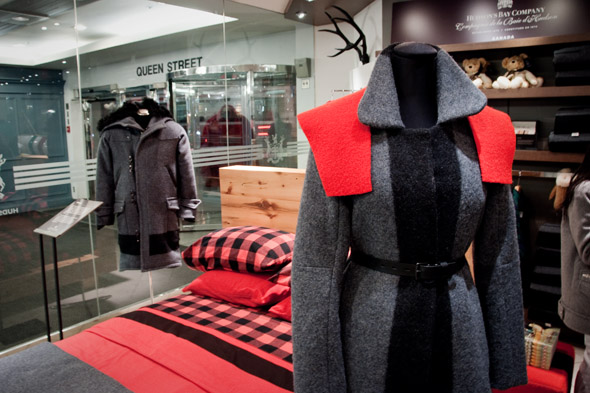 Comrags and Harricana par Mariouche created the most theatrical pieces, with Comrags' coat sporting a huge bustle and a Victorian silhouette that was inspired by our trader heritage, according to designer Joyce Gunhouse. The red curves of the gown were both contrasted and complemented by a sleek beaver-hat (or, in common parlance, top-hat) that was masculine and lady-sexy at the same time.

(I also love that Gunhouse wanted to use the crimson Bay blanket because the red would stick out--too many Torontonians spend such a huge chunk of the year wearing boring, boring, boring black. Bring on the red!) 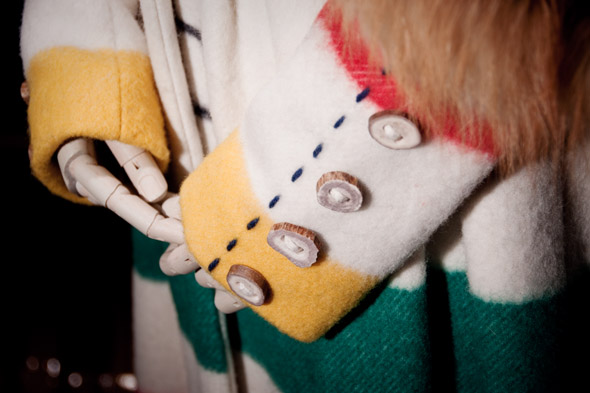 Smythe went with the most recognizable pattern--the cream with the rainbow of stripes--and made the most wearable (and, frankly, lovely) piece with their chic short swing-coat, fastened with a chunky "Smythe-like" toggle and topped with an oversized hood.

"We thought of how people were originally wrapped in the blankets," said co-designer Christie Smythe, " So we wanted to do a more swingy, wrapped style." When I said I wished I could buy the coat, the designers agreed and said that they would've loved to have been able to keep the piece, too!

Other than Todd Lynn's sleek equestrian number and Krane's men's take, the other favourite was the aforementioned Harricana par Mariouche showpiece, which looked Native-inspired with exposed stitching, fringed hem, and miles of fur-trim.

Sometimes it's nice to go back to our roots. Especially when there's maple candy. 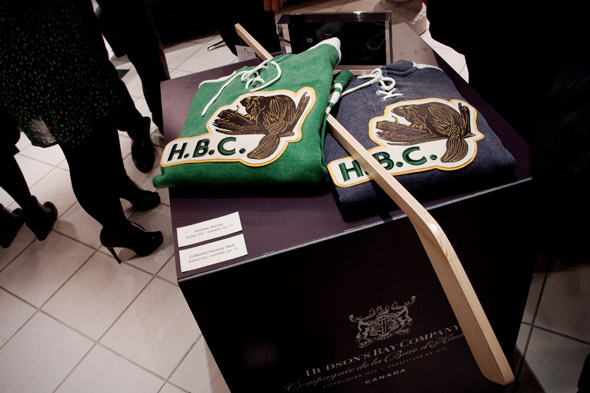 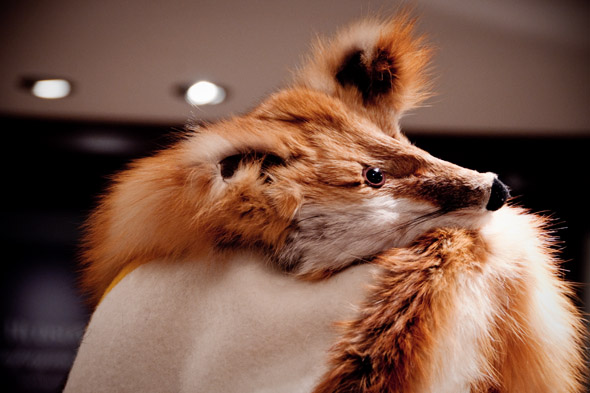 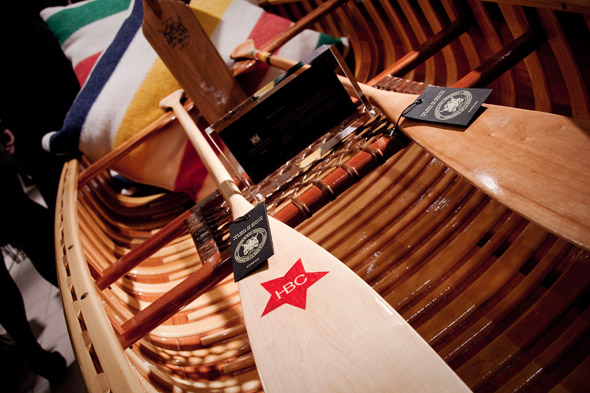 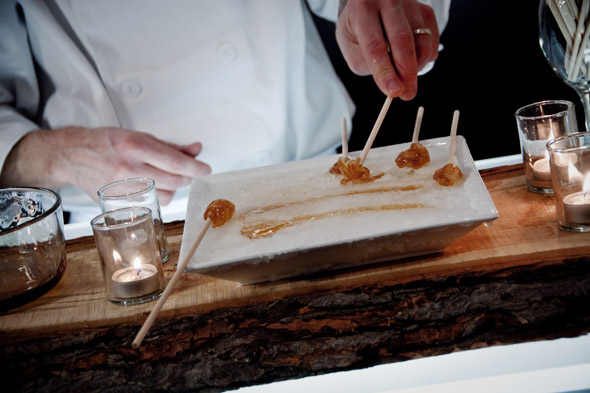