I attend many, many fashion shows throughout the year, and, yes, some of them are very, very bad.

But then, once in a while, I attend a show featuring someone I've never heard of before and stumble upon a fresh new talent with an interesting vision (and, hopefully, decent construction skills - not everyone can actually bring their visions to life, sadly).

Such was the case when I braved a cold Sunday evening to head to the new gallery space 52 McCaul, where the one-name wonder Amrit was showing her Asan & Arjun Spring/Summer 2010 collection to a tiny group of what appeared to be mainly art-crowd folk. 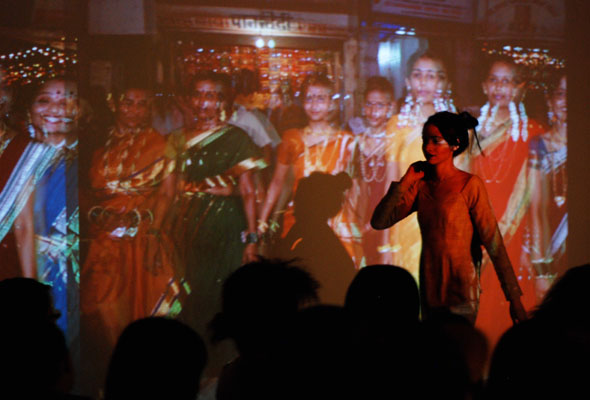 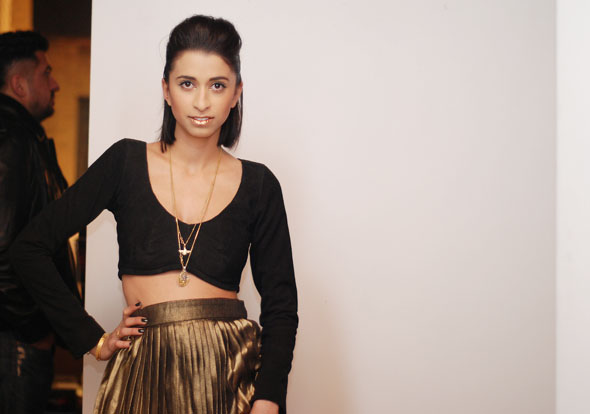 Amrit said that her inspirations for the collection came from her recent move to India. The giant jump across the world jarred her into a black-and-white state of mind--the collection was mostly neutral, she said, to express the contradictions she was experiencing as a stranger-in-a-strange-land. (Colour finally made an appearance in the few pieces from Amrit's work-in-progress Fall/Winter 2010-2011 collection.)

But, boy, those pieces.

Amrit has an impressive feel for fashion-forward design - there was a maturity and uniqueness here that is missing in a lot of the more well-publicized shows. 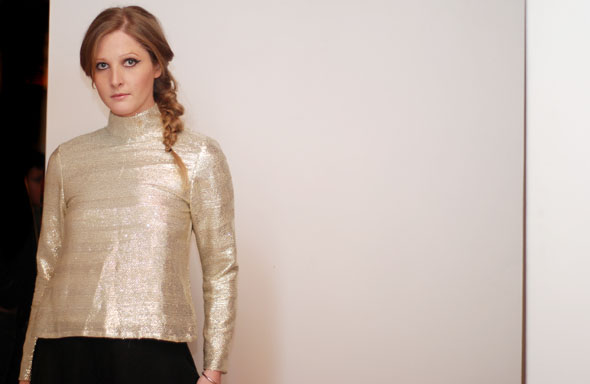 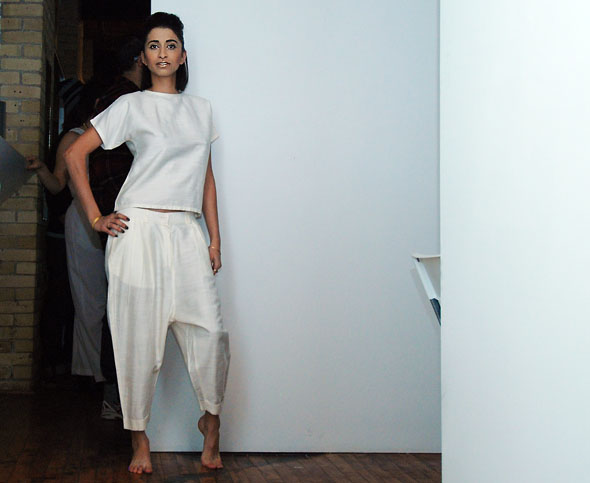 Many of the pieces had a languorously serpentine feel to them with plenty of curve and swing, while others had a dead-chic stiffness that was andro in the hottest way. Instead of clashing with one another, the contrasting styles actually complemented each other beautifully to form both sides of a style maven's wardrobe. 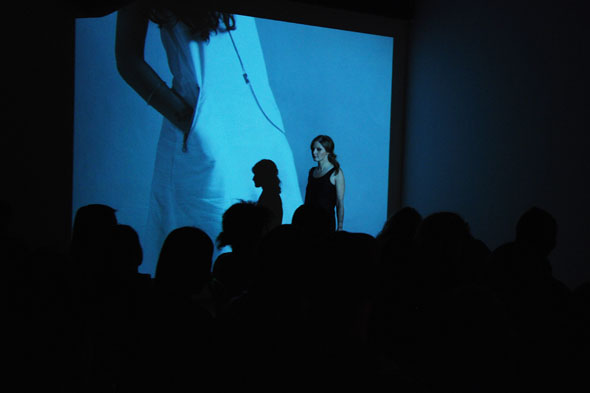 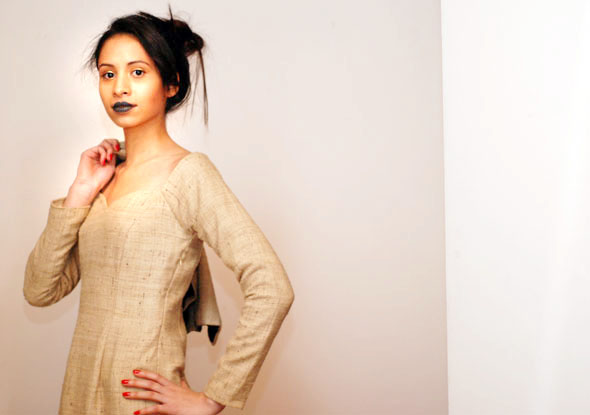 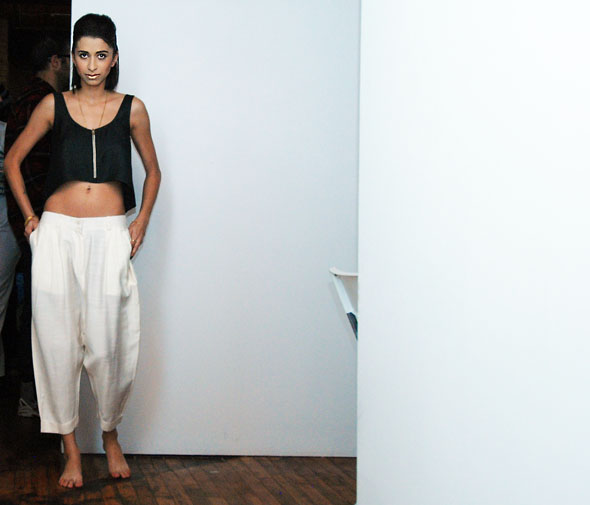 I was gawking over the slim, patterned silk pants; the super-sexy long-sleeved crop-top; the crisp white dhoti pant; the pleated gold skirt; the massive palazzo pants, and the architectural tank, longer in the back and sliced in half by a zipper down the front.

It was coming in from the cold in more ways than one.