A squadron of sustainable tech nerds from Waterloo showed a packed crowd at their R4 Fashion event that going green can be high-fashion as well.

On Friday, The Sustainable Technology Education Project threw two fashion shows, with the first featuring AIME, Carrie Hayes, Thieves, and Rachel Chan. The second showcased a handful of fresh talent, with the designers competing in an Emerging Designers Competition.

The established designers were tasked with producing an eco-friendly trio of looks: casual, dress, and experimental. The best of the bunch were AIME's slinky, tasseled, kimono-style dress; and Thieves' frock with the nipped-in waist and pointy shoulders. 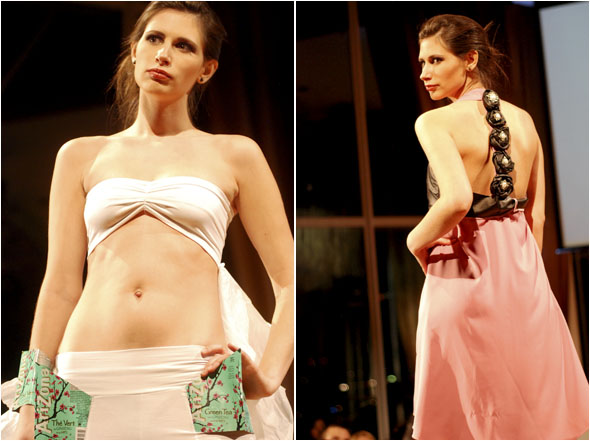 (A production note: Rachel Chan's collection of super-tight white dresses and separates plastered with pop cans were cheesy enough, but they were even more ill-served by the models wearing them. Several were stuffed into dresses that were much too small for them. This was a recurring theme throughout the show, with the majority of the models much heavier than the standard, but not a nicely uniform plus-size, either. It detracted from some of the ensembles - more "real-world," I suppose, but a real distraction from the lines of the clothing.)

Heidi Ackerman - in my opinion, one of the very best designers working in Canada today - wowed the crowd with her sexy-goths-in-space knits, bulging frocks, and out-there cork waders. She eventually took home the prize for the competition, and rightfully so.

Among the emerging designers, the few standouts included Naca's beige linen romper that laced up the back, and some of Olga Tigirlas' pieces that contrasted soft pink silks and sexy black leather-like material. (Other designers competing included AnieMac and Cherry Blossom.)

Tigirlas also had the best "experimental" piece, in her pink, black, and white plastic cocktail frock that looked like a frothy ballerina costume with edge. The pouf was like the best in sustainable fashion - lovely, but surely with a surprising story behind it. Here's to examining where exactly our clothes come from. 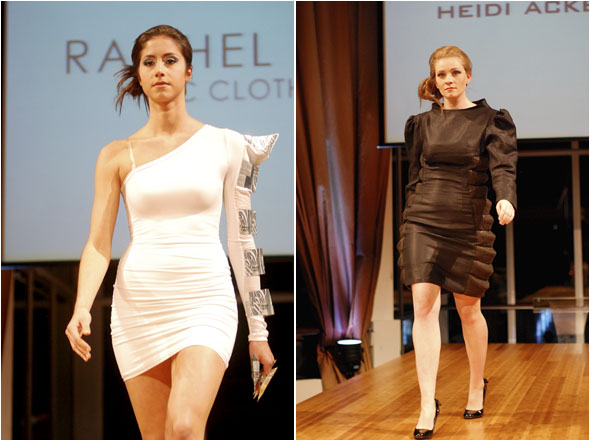 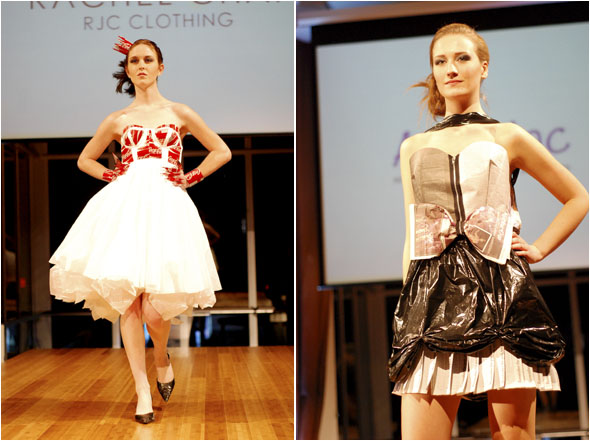 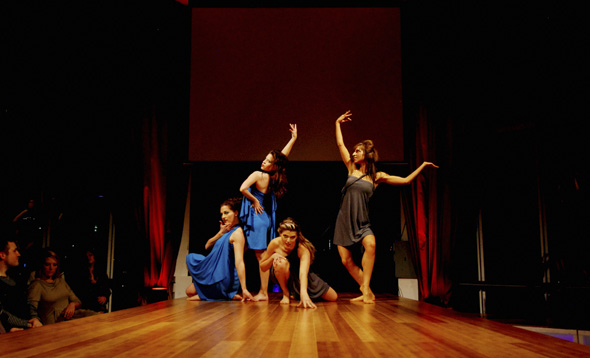 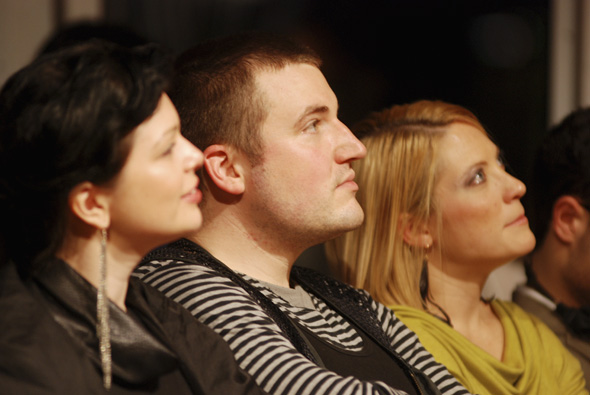 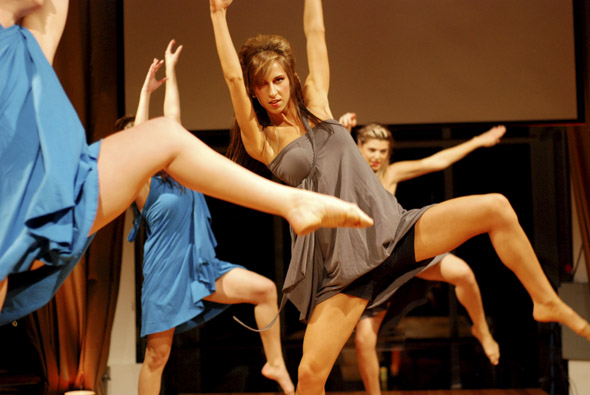 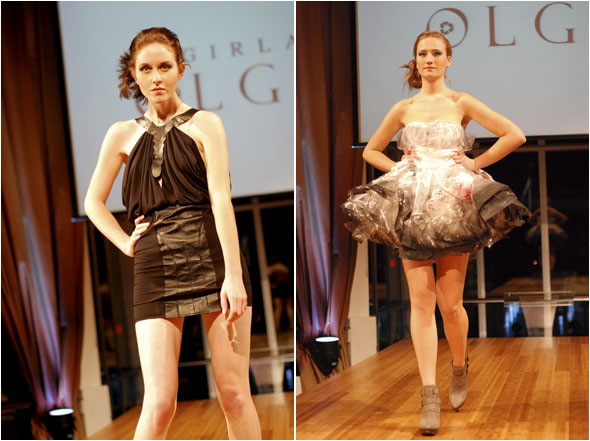 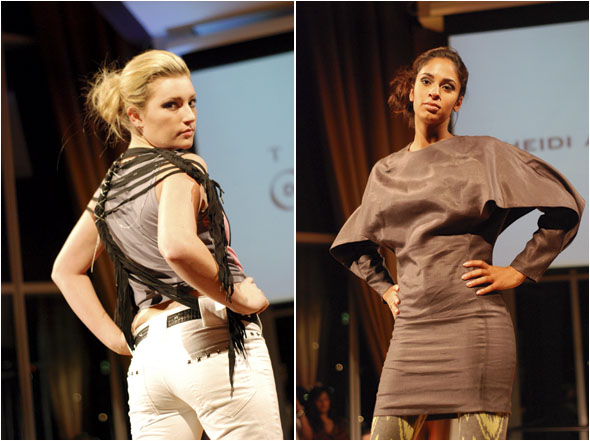