Feist, Holts Make it a Street Party on Bloor

When the malls become more crowded, the weather colder, and speakers play nothing but festive music, you can't deny, the Holidays are upon us. Last night, Holt Renfrew launched the season of shopping and giving by closing down Bloor Street from Bay to Yonge for their 5th annual Holiday Window Unveiling or what I like to call "the only time Holts is nice to you". 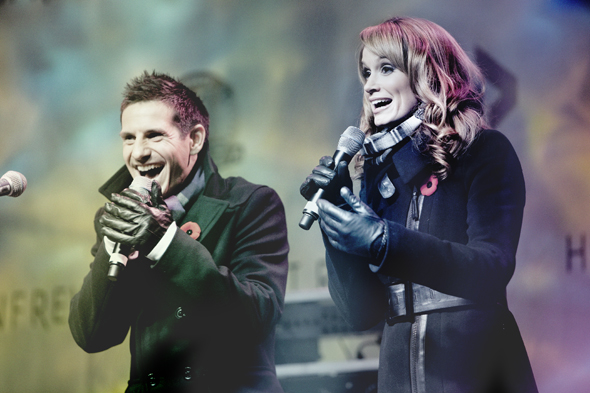 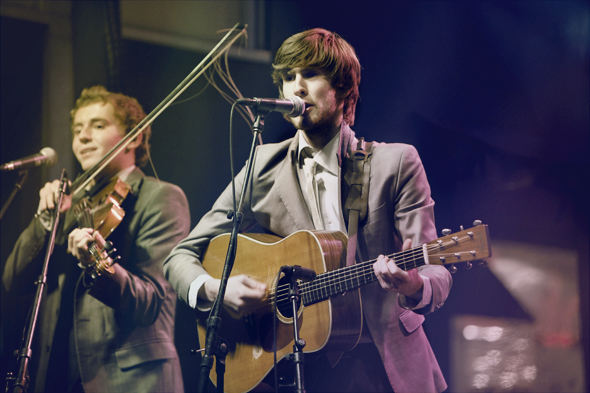 The crowd gathered despite the cold weather for the street party hosted by Entertainment Tonight Canada's Rick Campanelli (who needs a new writer) and Kim D'Eon, both dressed in 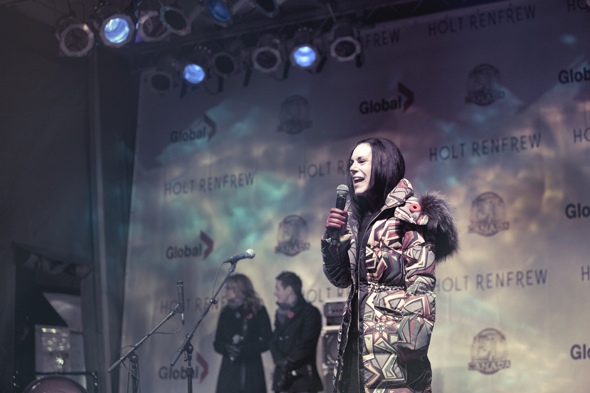 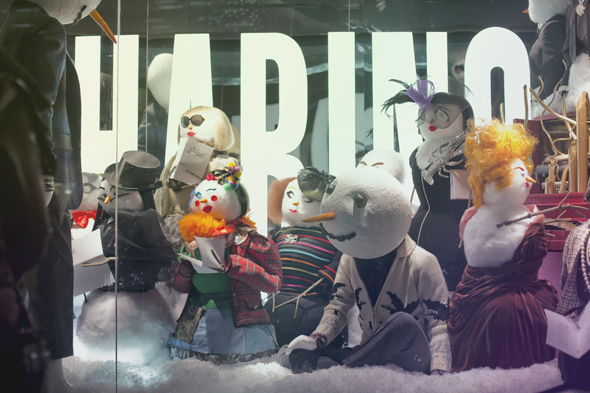 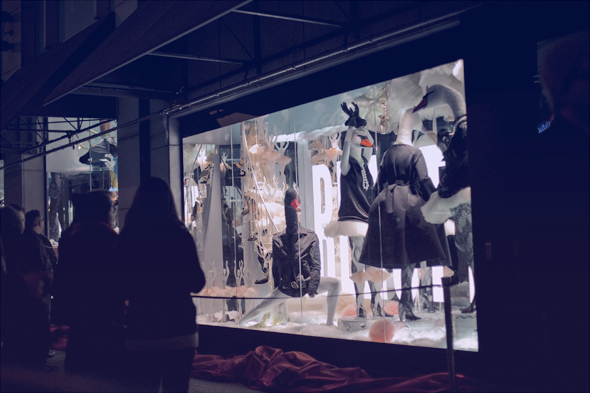 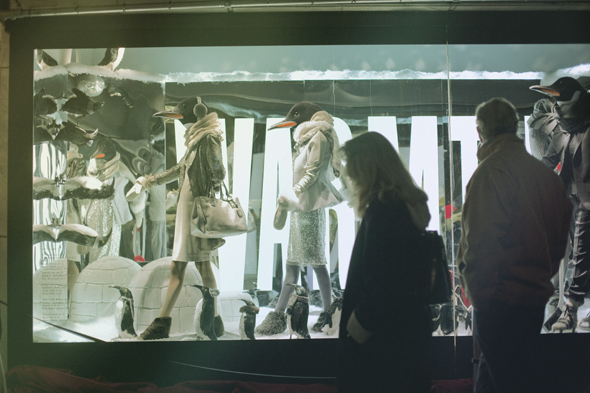 and singer-songwriter Feist, who replaced the previously announced Kristin Chenoweth. Not bad for a last minute replacement! Holt Renfrew President and CEO Caryn Lerner, wearing a colourful Pucci jacket, greeted the crowd and announced that a percentage of the evening's sales will be donated to the United Way.The windows didn't disappoint - they were very festive. The clothes were great and featured designers like Gucci, Valentino, Helmut Lang, local talent Philip Sparks, Alice+Olivia, and many more. In true holiday spirit, the mannequins included skating penguins, swans (Swan Lake) reindeers, angel ornaments, an homage to The Nutcracker, and my personal favourite, Frosty and the carolers. Pay close enough attention to the Frosty display and you'll notice a few celebrity snowmen including Karl Lagerfeld and Anna Wintour. It was great to see such a variety of people out on such a cold night for a true Canadian celebration of the Holiday season. Happy shopping...I mean Holidays!