A Q&A with Fashion Photographer Renata Kaveh, one of Toronto's Emerging Talents

I first discovered Renata Kaveh last March at LG Fashion Week. Renata was participating in Women X Women, a photography exhibit highlighting emerging female Canadian photographers. I visited the exhibit on a quiet Saturday afternoon with my sister and out of all the photographs that stood in front of me, I fell in love with Renata's Tim Walker inspired print.

My curiosity quickly turned into conversation, which then turned into a friendship. Renata is warm, talented, passionate, creative and ferociously funny. You don't need to look at her pictures to know that, but doing so reassures it. In a short while, she has accomplished what some people never do, including international representation by universKA Kollective, a talent agency based in Paris.

I recently sat down with Renata in her beautifully decorated apartment and admired some of her photos in the Fall issue of Lush Magazine. Here's an excerpt of our Q&A.

What's your opinion on the Toronto and the Canadian fashion scenes?

The Toronto fashion scene is incredible, especially all the new talent that has been coming out in the past few years (I am loving Greta Constantine). I had the privilege and honour of being celebrated at the WomenXWomen show at LG Fashion week, and I met with some serious talent. Sharing the same air as artists like Arline Malakian was humbling! The Canadian fashion scene is as unique as any other, and we don't give ourselves enough credit, but that's the Canadian in us, we can't help that. There are also some amazing designers to watch for like Jennifer Allison and Kat Marks. 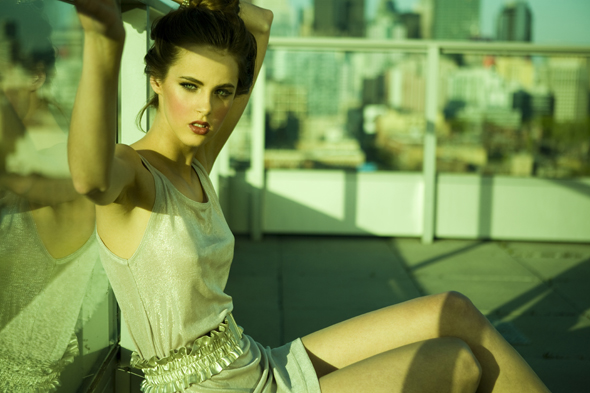 Who are the photographers that inspire you most?

There are so many...The ethereal quality of Tim Walker's work is just intoxicating and inspiring. David Bailey, Helmut Newton, Edward Steichen, Patrick Demarchelier, I could go on...

When did you start and why?

I was always shooting but I didn't start to make the big leap until a few years back because I quickly realized I had no choice, it was innate in me, and it was no longer a pleasure but a need. Since then, I've had the opportunity to shoot in Paris, which still feels like a dream. There is something so thrilling about capturing a vanishing, fleeting moment. So I keep hunting down that feeling. It's like cocaine.

What makes your work different?

I'd like to think my work differs because of my awesomeness (poor joke)! No, in all honesty, I think what makes my work different is that rather than wanting to change the subject, I allow the subject to change me, and when that happens it feels like Christmas. 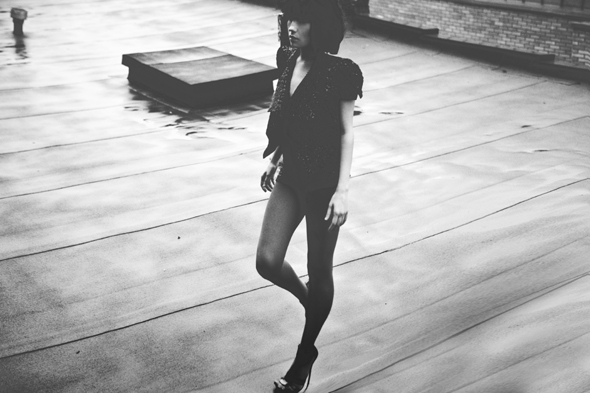 What do you convey through your images?

I think that changes dramatically from project to project, but if I have to look at it as a whole, I think the obvious and simple answer is beauty. I can't help but refer to a particular quote by Edward Steichen here, "Take a beautiful picture and let the art take care of itself."

What would you say is the importance of being female and the advantage that has for you?

I think there is a connection between a model and photographer that is a little more sisterly and playful, more relaxed, and less voyeuristic. Rather than looking at her, I feel as though I see her.

What are some of your favourite places to shoot?

Anywhere outside on location, I like the unpredictability of light. I like the landscape to play a part. If there's a bottle of Riesling around even better.