A bikini made of lettuce? I'm game for vegan fashion so I brought my curiousity along to the PETA fundraiser at Tryst on a cold Tuesday night. The invite asked attendees to keep their leather and fur at home and while I made sure to wear a fur free outfit (I don't own any fur) I decided to take a risk and wear my leather oxfords since I was unable to find another pair of shoes to match my outfit. 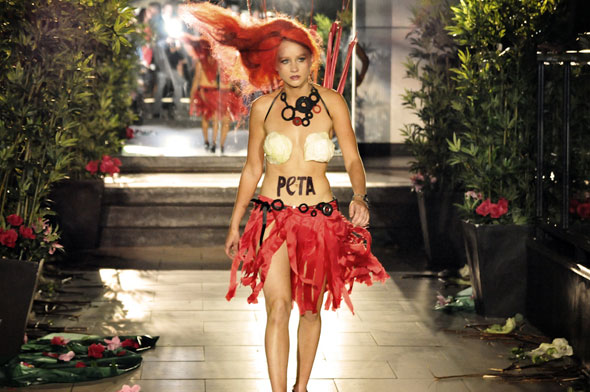 Upon arrival, I see the Smashbox Cosmetics trailer parked outside, providing free make-up touch ups all night. Inside, jungle like lighting and loud techno music. If it weren't for the cold weather I'd feel as if I was playing the lead role in the commercial for the next Ministry of Sound release. 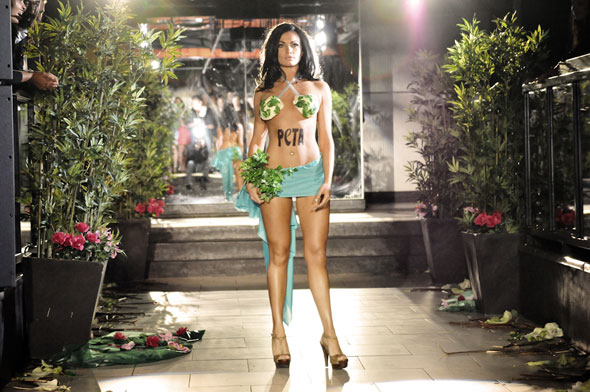 I walk around, passing the vegan hors d'oeuvres, courtesy of Free Times Cafe, and pick up a few handy PETA guides from the tables including a "where to shop cruelty free" guide. 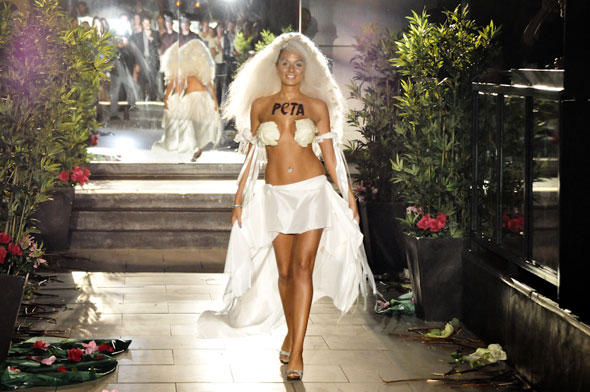 I head backstage for a peak and see the models getting the last minute details right in barely there bikinis made of lettuce. The tables are filled with pieces of lettuce. The bikinis, I'm told, are designed by various make-up artists from Smashbox cosmetics in Los Angeles, Canadian designer 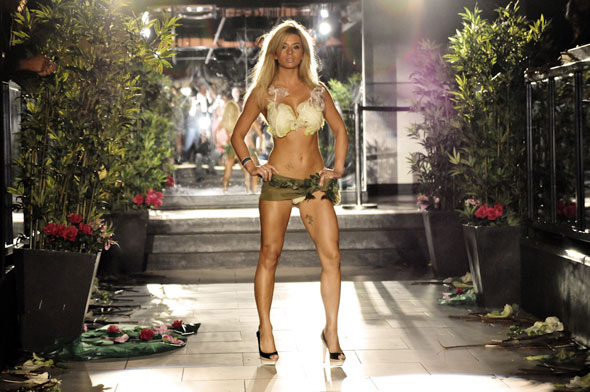 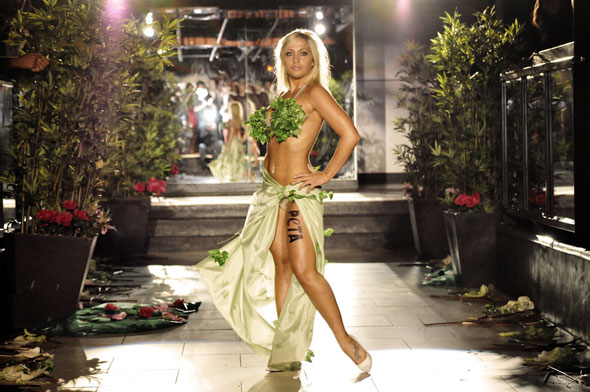 and Maha, a charming stylist to various Canadian artists such as Massari.
Maha tell me...."as a vegan, it's difficult to be conscientious in fashion because you need to take into account that all the pieces must be cruelty free. Organic tops and skirts are easy to find but non-leather shoes and various accessories are difficult."
I head back and the crowd starts to gather around as TV personality Sarah Taylor, a vegan-vegetarian (she's alternated) for the past decade, is on the runway getting everyone ready. As the models strut their stuff on the runway, the crowd starts dancing and the men are gawking as remixes of songs like "Calabria", "The Way I Are" and "When I grow up" blare from the speakers. 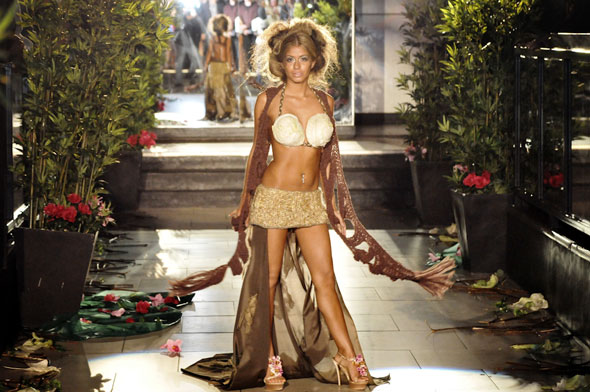 PETA sticks true to its controversial reputation with the outfits: some lettuce tops covered more than others, some, barely covered anything at all. There were models in long skirts, and others in shorter skirts. But one thing was certain - there was a lot of skin, skin that was branded with PETA logos painted all over the bodies of the models, including one model with an infamous tramp stamp. 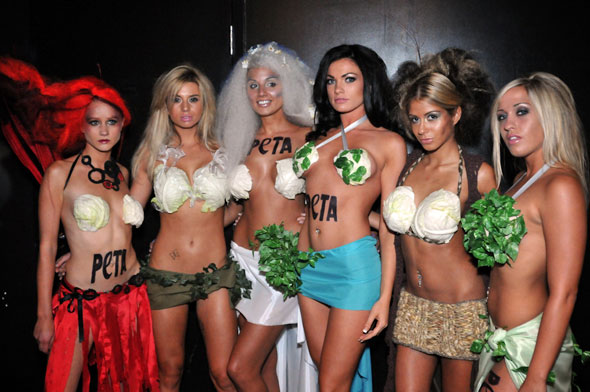 The colours and bikinis had obvious mermaid inspiration (influenced by Ariel's seashell bikini perhaps?) and organic and forest type colours were also dominant. For the finale, PETA, continuing to push the "I'd rather be naked than wear fur" campaign had two models at the front walk on stage with one hand covering a breast while the other was covered with a "Fur is dead" sticker. 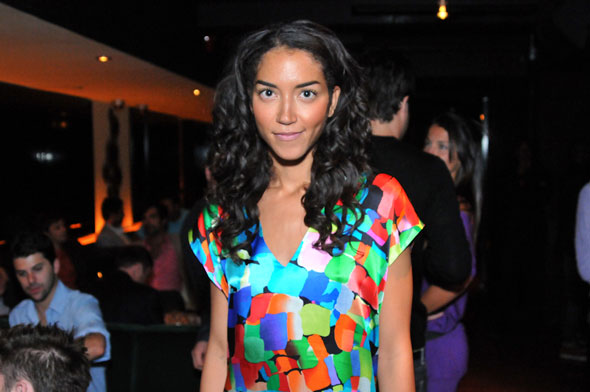 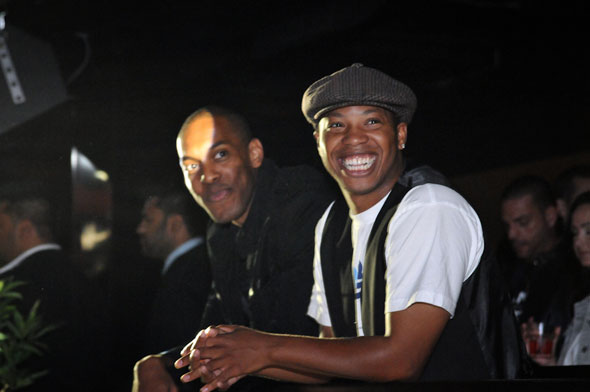 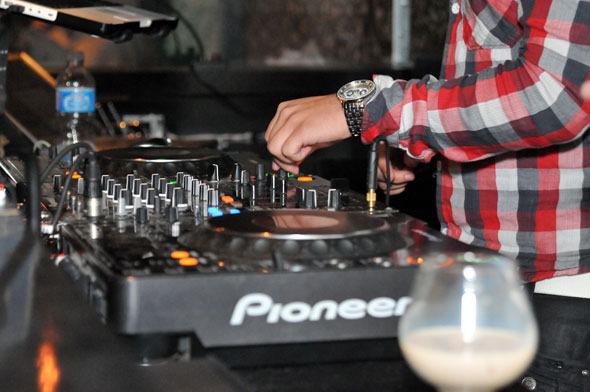 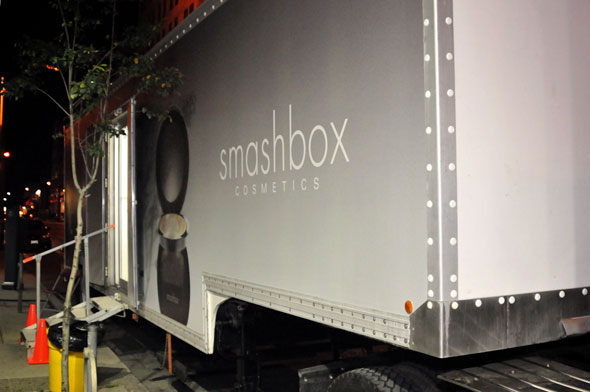 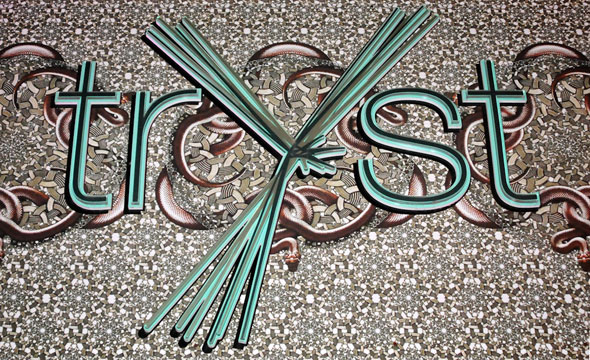