The Guys in Bras

On Wednesday afternoon, I met up with Improv in Toronto and boobalicious in Nathan Philips Square for their mission, Pink Bra Flash Mob. I've been to several of IT's events, and while the group is usually smaller than expected, they're never lacking any attention from onlookers.

Wednesday was no exception as about a dozen 'agents' - men and women - showed up in bright pink bras and walked around carrying signs saying "BEAT CANCER". When we headed over to Yonge-Dundas Square, heads turned as people wondered what free stuff we were giving away. Everyone eventually caught on, and - armed with free sandwiches and deodorant from promotions going on in the square - started asking if they could have their picture taken with "the guys in bras". 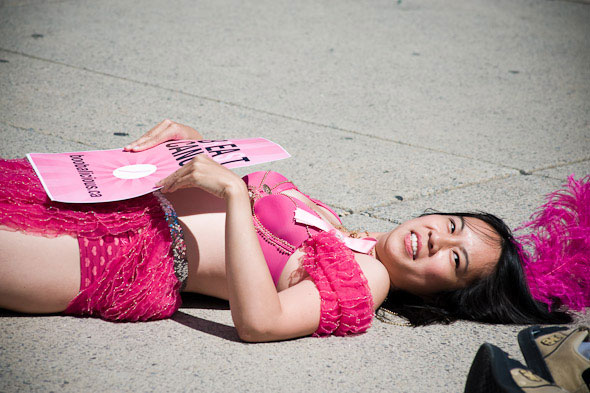 The event culminated in everyone lining up and holding up their signs for all to see, and then running away. The intent was to disappear, but several people actually followed the agents across the street to ask questions about the event, have their picture taken, and get a flyer from Boobalicious. 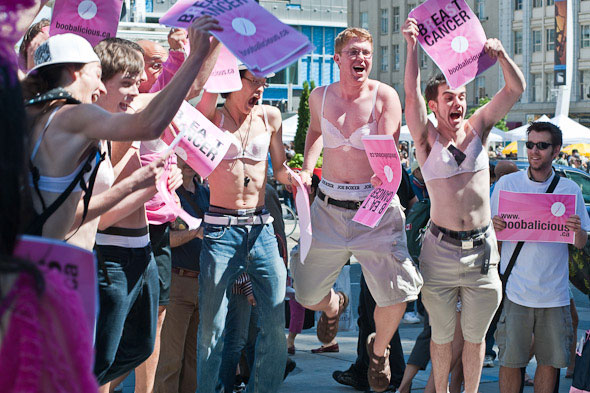 Overall, the mission was small, but it got people talking. The intent was to raise breast cancer awareness, and at the very least, I doubt many people will soon forget seeing a bunch of half-naked guys walking around downtown Toronto wearing bras. 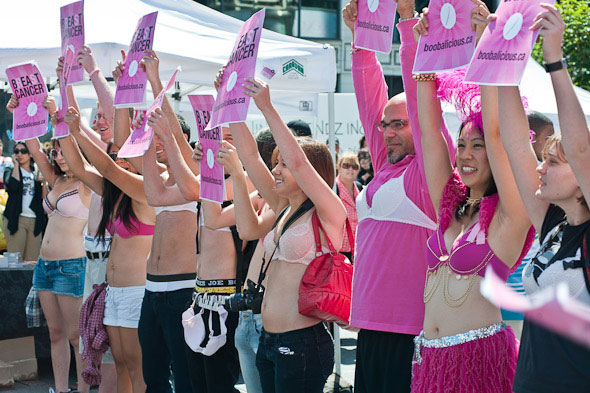 Writing and photos by Jen Grantham