On Monday morning my goal was to try and get some sweet suits, but King St. brought much more than just suits. At first I was fairly uninspired by how similar everyone looked, but after spending some time rolling around the street I ran into some solid characters.
Name: Gareth aka G
Expertise: Law
Suit: Paul Smith

Gareth was out for an intense day of interviewing with different law firms in the city. He had just wrapped up his last one for the day, and was just unwinding with a chat on the phone when I ran into him.

KG was on her way to the premiere screening of The Goods. While at work today KG played her luck gambling with dice, and was pretty pumped to tell me that she took the glory. Kerry can also be seen on MTV's The After Show. 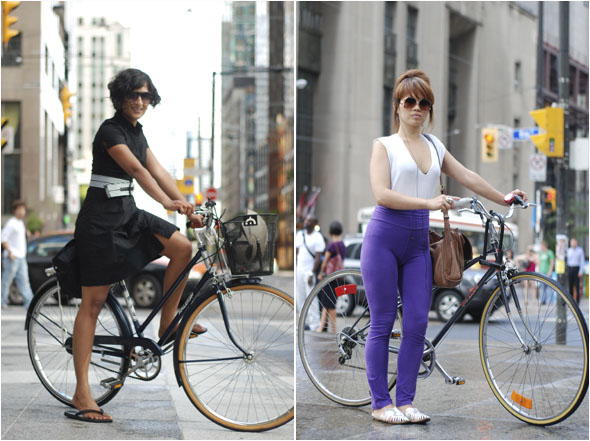 Carmel was pushing the pedals down the street when she had to stop for an opening streetcar door at King and York. She was just on her way to a friends to meet her new kitten Mabel.

Lizzy came to a halt at a red light on the corner of King and Bay on her way to meet some friends for a few delectable pints on a patio. She just quit her job and is planning to move to Vancouver on September 1st. Does anyone have any tips for her voyage? 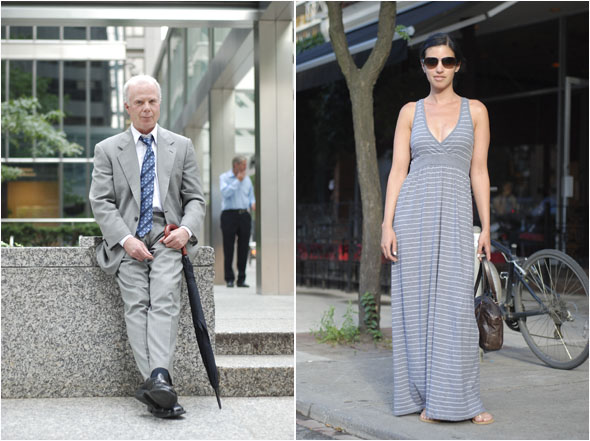 Owen is the classic of the day. He has been working on Bay St. in the biz for the past 25 years and is still holding it down strong. He was just perched on the ledge waiting for his ride. He had just finished a standard Monday in the office, which he said is just the way he likes it.

Dana was strolling with her pal Shelby, they were on their way to get some dinner. She had also enjoyed a fairly standard Monday. 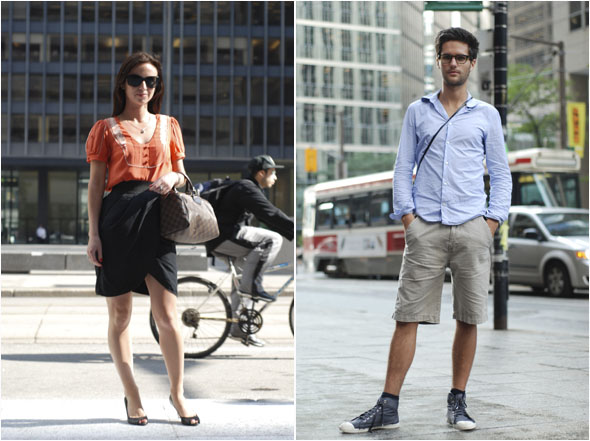 I spotted Renee in the Financial District walking home. She had just polished off what she described as a kind of boring Monday.

Rouven was just taking in some late afternoon sites. It was his first day in Toronto and he had spent most of it sleeping and wandering the streets.