Miss Teen Canada-World hopeful Jennifer Fowler, 15, from New Brunswick, gets ready to answer a tough question from Lorraine Zander, Editor-in-Chief of Faze Media, as Anjari Sandhu, 16, from Manitoba and Floriana Costea, 17, from British Columbia look on.

The girls will compete against 54 finalists from across Canada, aged 13-19. The big pageant on Saturday night is at the Metro Toronto Convention Centre in the John Bassett Theatre.

The winner of Miss Teen Canada-World will go on to represent Canada at the Miss Teen World 2010 Competition in Houston, Texas next month. 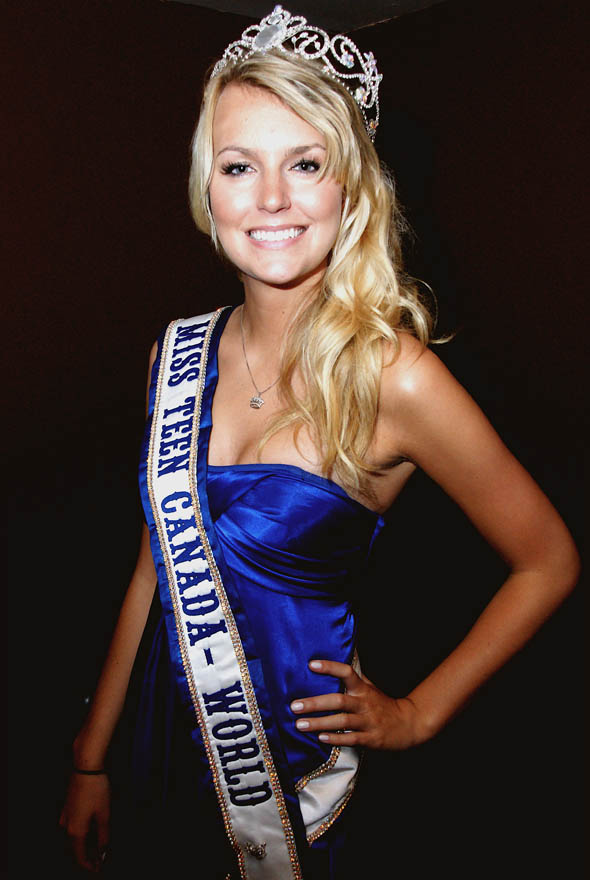 Katie Starke, 19, the current Miss Teen Canada-World, is from Uxbridge, Ont. She's wearing a dress from Freda's clothing store in Toronto. She'll pass on her crown on Saturday night.

I attended the Faze Teen Party "I Will WOW You!" Event yesterday at the Six Degrees event centre, where the finalists got to make their best first impression and get a bit of last minute coaching.

Katie Starke is not your typical beauty queen. Sure, she's five-foot-ten-and-a-half and blonde, but she also plays hockey.

"My friends were all shocked that I won because I was a tomboy and I'm always playing sports," said Starke. "I only entered in the first place because people told me I'm tall and I should model. After watching Miss Universe on TV, I thought, 'Yeah, I can do that' and got a modelling agent three months before the contest.

"I used to bite my nails and so I got a manicure. I had my hair done and my ears pierced for the first time. I learned to walk in heels one month before the Miss Teen World contest."

When she's not wearing her tiara, Starke is a student at York University, where she's working towards a degree in Business Administration Studies. She's the oldest of three girls, and her dad used to play in the CFL.

"It's not just about being pretty. You also have to be a good speaker, be able to present yourself confidently, do community work and be smart and athletic," said Starke. 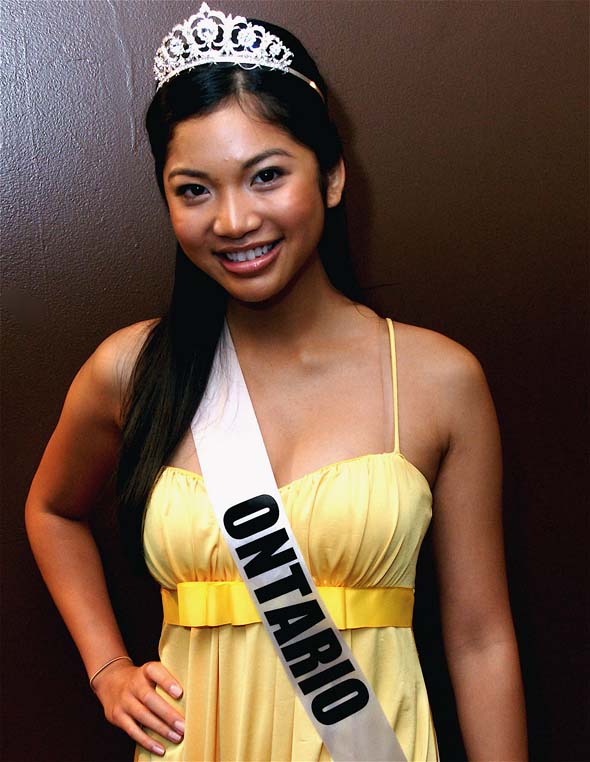 Joanna Mandap is representing Toronto at the finals on Saturday night. 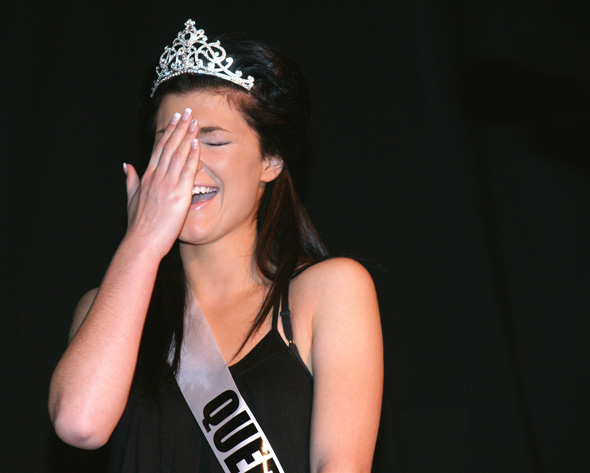 Carol-Ann McManiman, 16, from Quebec reacts to a question posed to her in a mock question in front of her fellow contestants.

Perhaps the most fun and gruelling moment came when representatives from each province went up on stage and were put on the spot with some probing questions. You try answering these when pressured in front of a room full of strangers:

"Should you read your boyfriend's text messages if you think he's been cheating on you?"

"Your best friend wants to know if it's okay to go after your ex-boyfriend after he broke up with you. After all it's been an entire five months since you broke up. And you're still not over him. What do you tell her?" 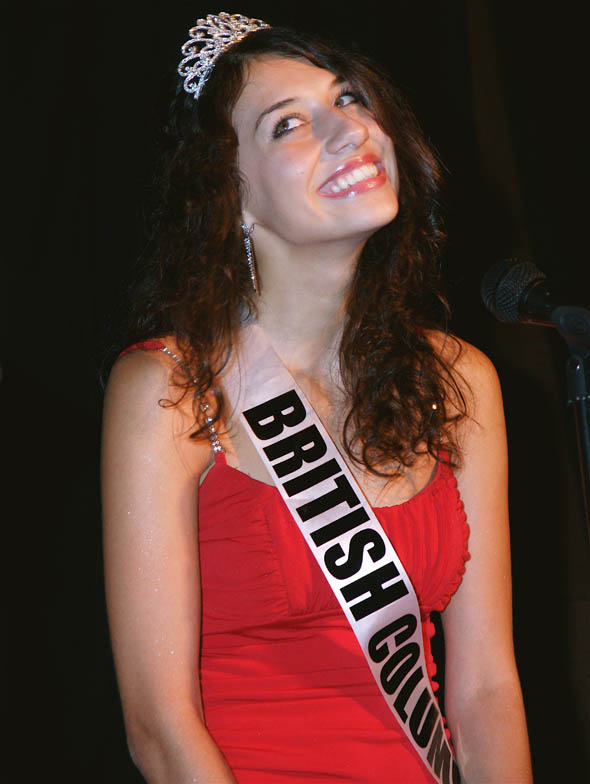 Floriana Costea ponders her answer to a question.

One of the components to the pageant is charity work. Each girl surpassed the requirement of raising at least $400 in her community across Canada. So far, the girls have raised $45,000 for Free The Children.

Miss Teen Canada-World provides an opportunity to be an ambassador for Canada and take a leadership role in their community. The teens will be judged on academic achievement, presentation, self-confidence and community contributions.

The Miss Teen Canada - World finals is on Saturday night at the Metro Toronto Convention Centre in the John Bassett Theatre at 8 p.m. It will be hosted by Degrassi: The Next Generation's Paula Brancati and Adamo Ruggiero.