At the launch of Worn Fashion Journals' new shoe-themed issue at the Bata Shoe Museum, I spotted all sorts of fun footwear, from gray patent booties and red stain sandals to gold t-strap heels and Chucks.

They were, however, all outshone by the 23 one-of-a-kind, artist-crafted pairs of Keds being shown off in the glass boxes and, later, auctioned off to the highest bidder with a portion of the proceeds going to Fashion Cares in support of the AIDS Committee of Toronto.

Toronto and Montreal designers were tasked with turning the standard white Keds into wearable--or, in some cases, not-so-wearable--art. A few designs, like Mark Laliberte's pair painted with veins and arteries or Hilly Yeung's delicate white flower-and-leaf adornments--were simple, while others went over the top. Team Macho pickled a pair of Keds in a jar, and Grant Heaps wove his Keds into a tapestry, while Funktion Gallery turned their shoes into drunk, rapping hip-hop babies bolted to a tagged-out psychedelic truck driven by anime kitties. 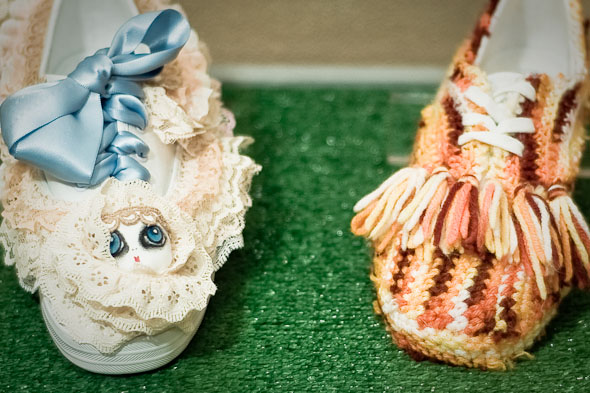 Clayton Evans of Montreal line complexgeometries said that working with shoes was a tough challenge. "It was completely different!" he said. Evans was still able to bring his style to his Keds, adding a folded-over ankle portion reminiscent of his line's emphasis on draping. "I usually wear scrunched-up shoes in real life, too," he laughed. "I buy a lot of moccasins!" 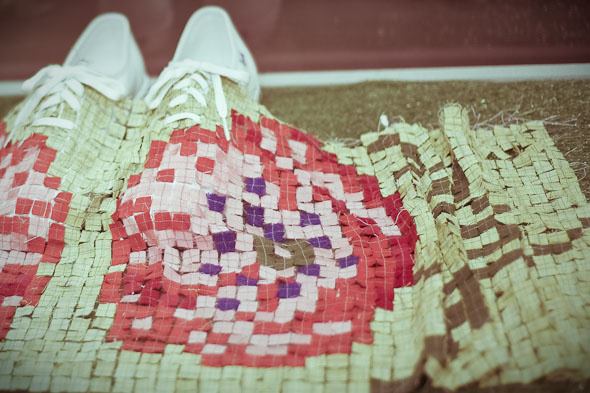 The time came for the auction, and up stepped Amanda Macdonald. The crowd must've pegged the fashionable young lady for a friend of the Journal's, gamely volunteering to play auctioneer. That is, until she opened her mouth. As soon as the bidding started, it was clear that Macdonald was no amateur. She had the patter down cold. A frisson of surprised murmurs ran through the assembled fashion folk at the seasoned pro in their midst, and everyone snapped to attention.

The majority of the shoes went for around $125 (and Macdonald managed to goad a few bidders higher), but there were some out-and-out bidding wars as well. The surprise draw of the night was Elif Saydam's bright-orange felted high-tops (influences included "quilts, Saved by the Bell, Turkish janissary boots, and the Sonora desert"), which went for $500. 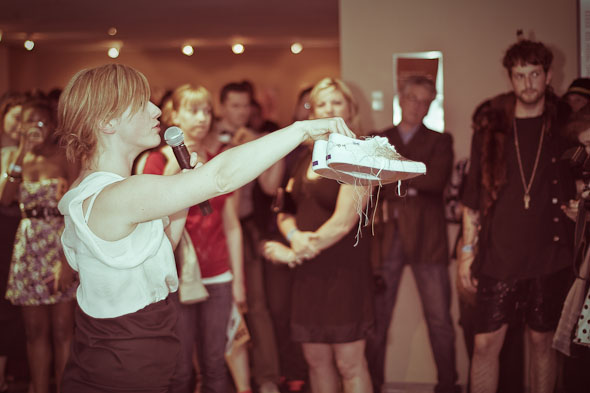 Another coveted pair raised $375 and came from local blogger and illustrator Danielle Meder. She had added layer after layer of thread to form birdnests of black and gold on each. Meder shared a bit of her process at the event as well, working her treadle-powered 1926 Singer machine right up until the auction. "The old machine was quite fussy--it has a heavy treadle, so it was a lot of work," she said.

All the artists' hard work paid off--over $4,000 was raised, and the shoeaholics went home happy. 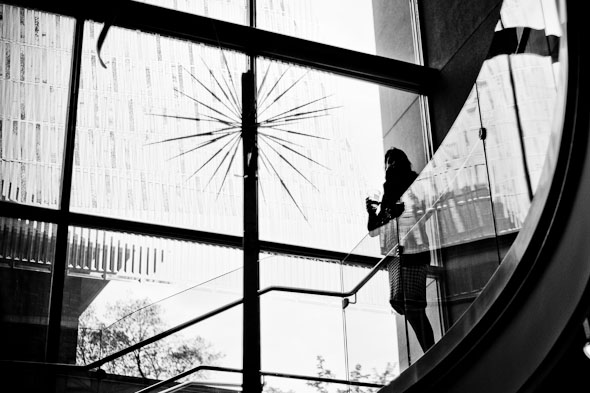 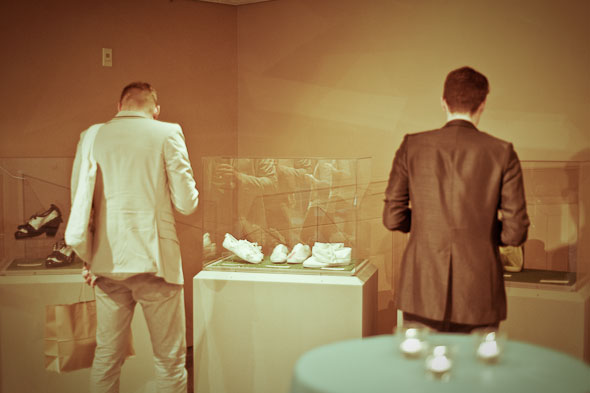 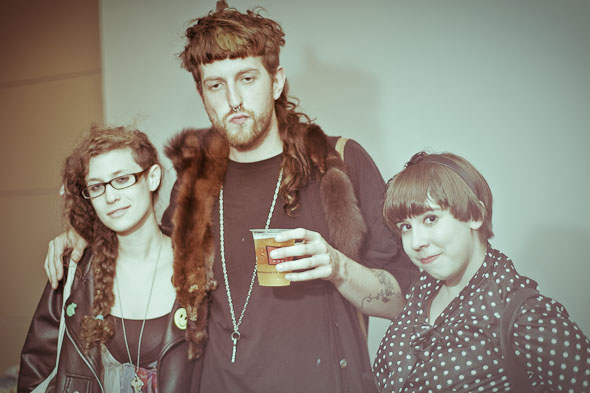 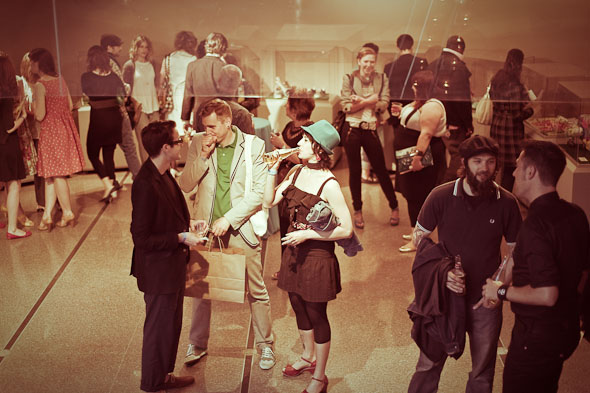 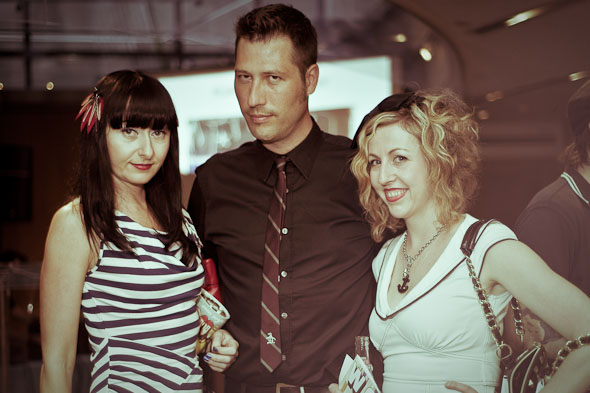 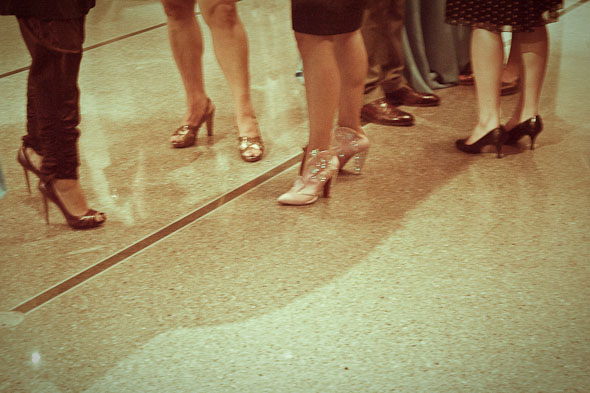 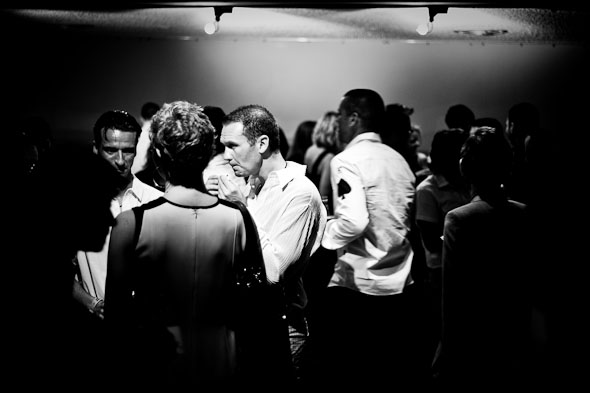 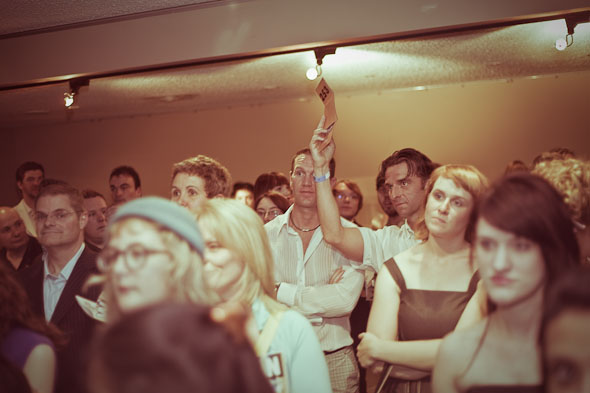 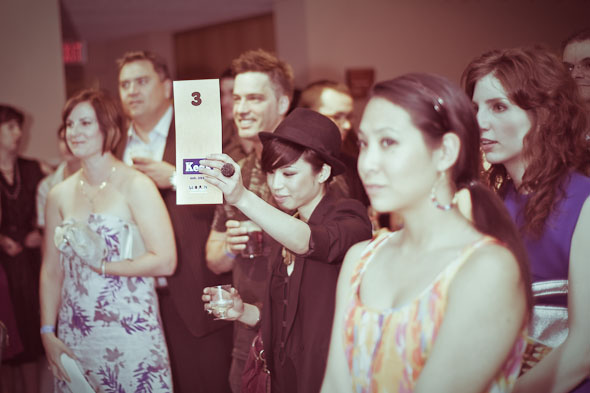 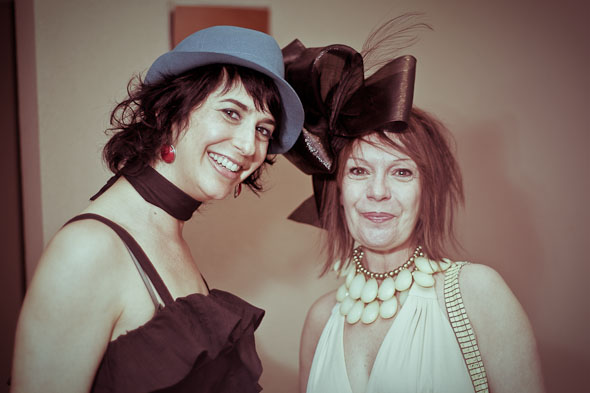 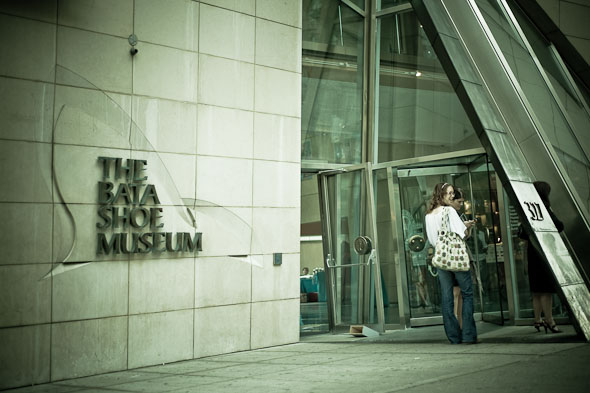