Addicted to Glamour: The Fashions of Fritz Helder and the Phantoms

Toronto's most fabulous folks and me packed ourselves into the Red Bull Space on Friday to scream for Fritz Helder and his Phantoms and check out the Fritz-inspired fashions crafted by some of the country's hottest designers to raise money for Fashion Cares and ACT.

The invite-only party started out as a performance promoting the band's upcoming album. "We're often at the mercy of other promoters, but we really just wanted to have a full-scale production - we usually have to scale it back," laughed Diego Superstar, one of the Phantoms. Nelly Furtado, who signed the band to her brand-new label, Nelstar, was commissioned to be the mistress of ceremonies, and the set included a motley dance crew who first formed a living tableau of out-there outfits and later performed hip-hop, b-boy, and voguing dance routines.

Fritz Helder invited all their fancy friends, many of whom hail from the world of fashion. Since many of TO's finest fashionistas would be coming anyway, Fritz Helder put them to work in the name of a good cause. 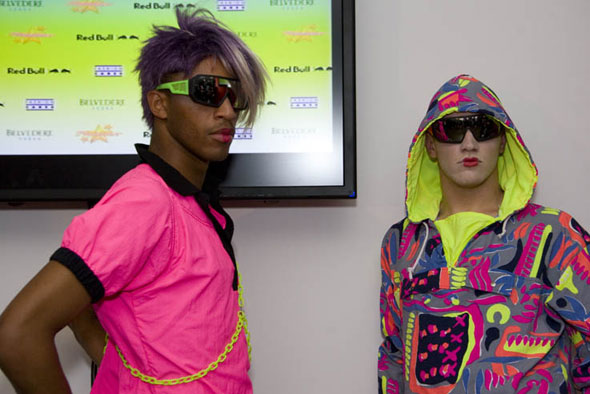 Fritz Helder and the Phantoms are known as much for their insane get-ups and being scene staples as for their music (I, for one, actually prefer their fashion activities over their tunes, whether it be their fearless sartorial choices or their excellent online fashion mag Moda Cinque). But this level of style is, apparently, not just for Fritz and his Phantom posse. "When it comes to doing what we do [fashion-wise], we wanted to show that it's easy," said Diego. Each of the designers came up with a piece - or two - that showcased the signature edge found in the ensembles of Fritz and Silk Helder, Diego, and Pastel Supernova that could also be rocked by the mere fashion mortal.

Nada Shepherd, of Nada, for one loved the opportunity to go a little nuts. "It was nice for a designer, as you could get a little crazier, rather than have to think of what is sellable [to a mass audience]," she said. 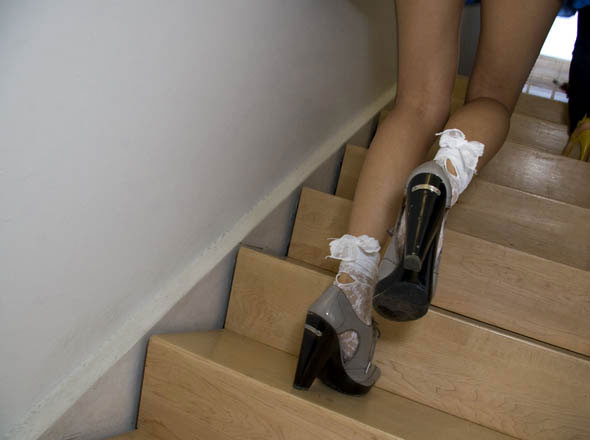 The results? I wasn't crazy about a few of the t-shirts (which felt a little H&M to me), but there were some real gems, from Nada's tank fringed with chains and the harem-style jumpsuit from Franke's Kendra Francis to Evan Bidell's raw silk dress and a killer industrial necklace from Jaime Galindo.

The best pieces were the crazier ones. Oligarchy's brother-and-sister team Jonathon and Tabatha Burford knew that whatever they did for the band would have to be all about excess. "They're addicted to glamour!" laughed Johnathon. To up the glam factor, the label did up a pair of naughty tees (one features Karl Lagerfeld as a naked lady), as well as a shirt adorned with long tails of hair extensions. "We were like, 'Who puts hair on a t-shirt?'" said Jonathon. " You have to wash it, blowdry it, and then flat-iron it. And that's what the band's all about."

If you could design for any musical act, who would it be? 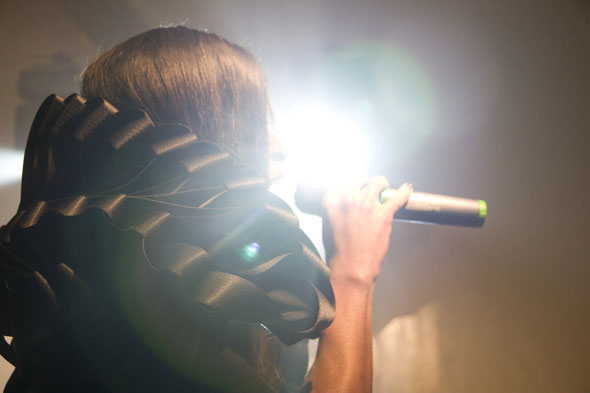 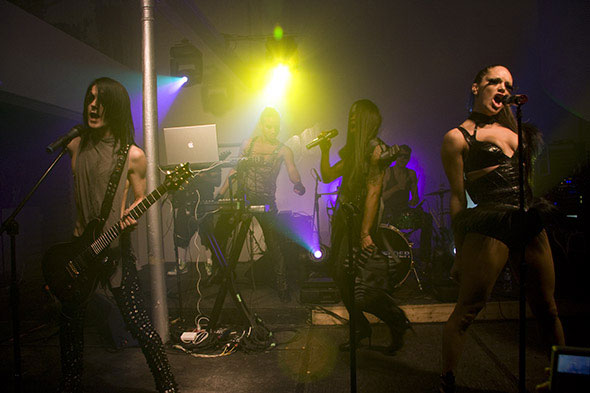 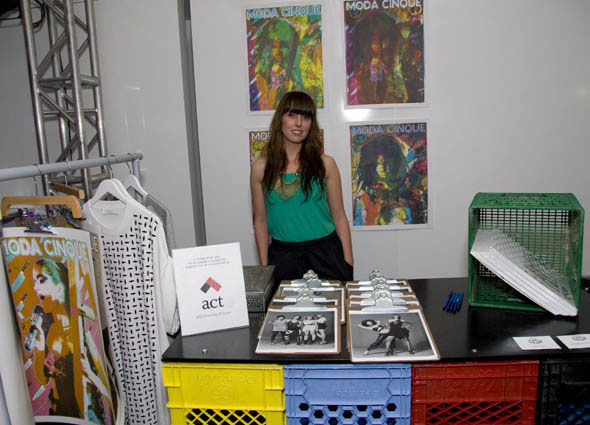 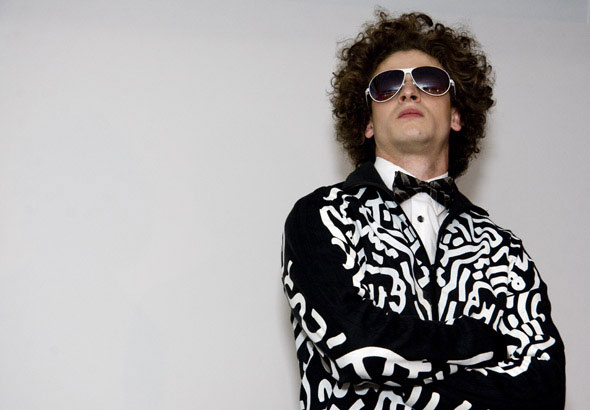 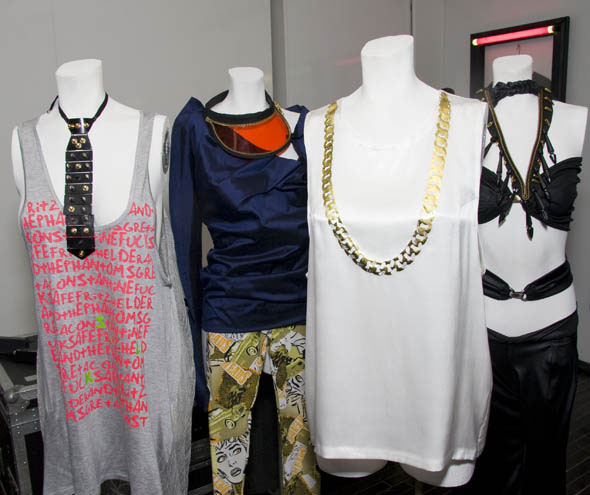 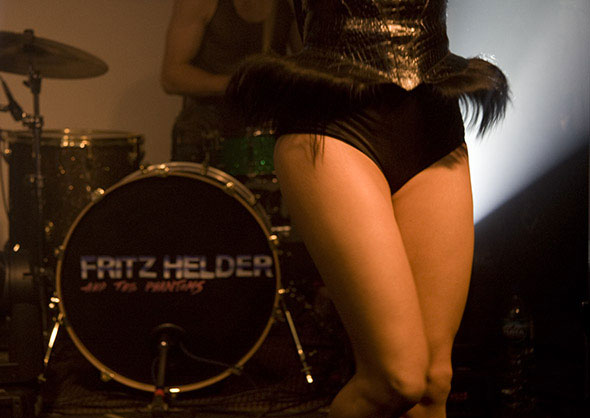 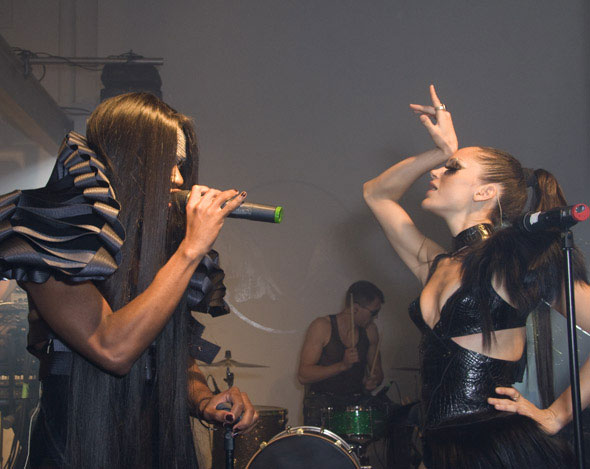 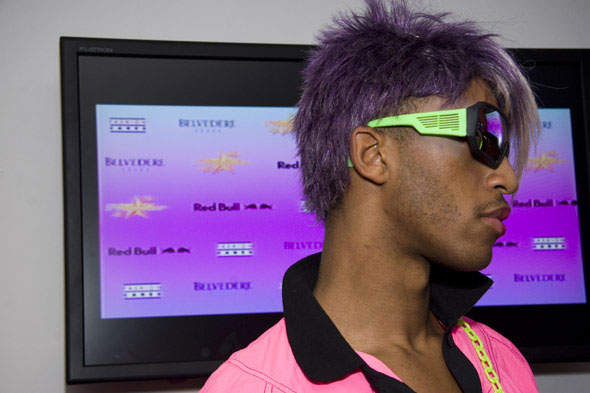 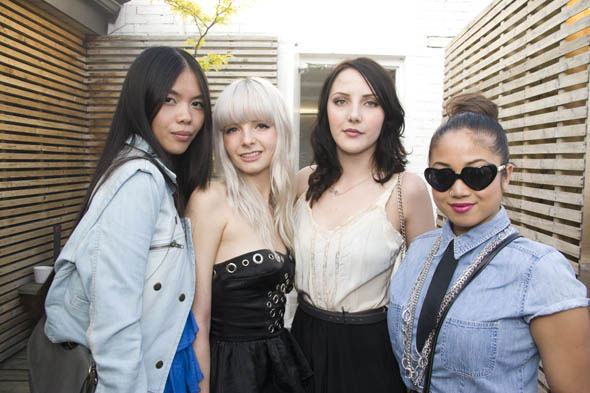